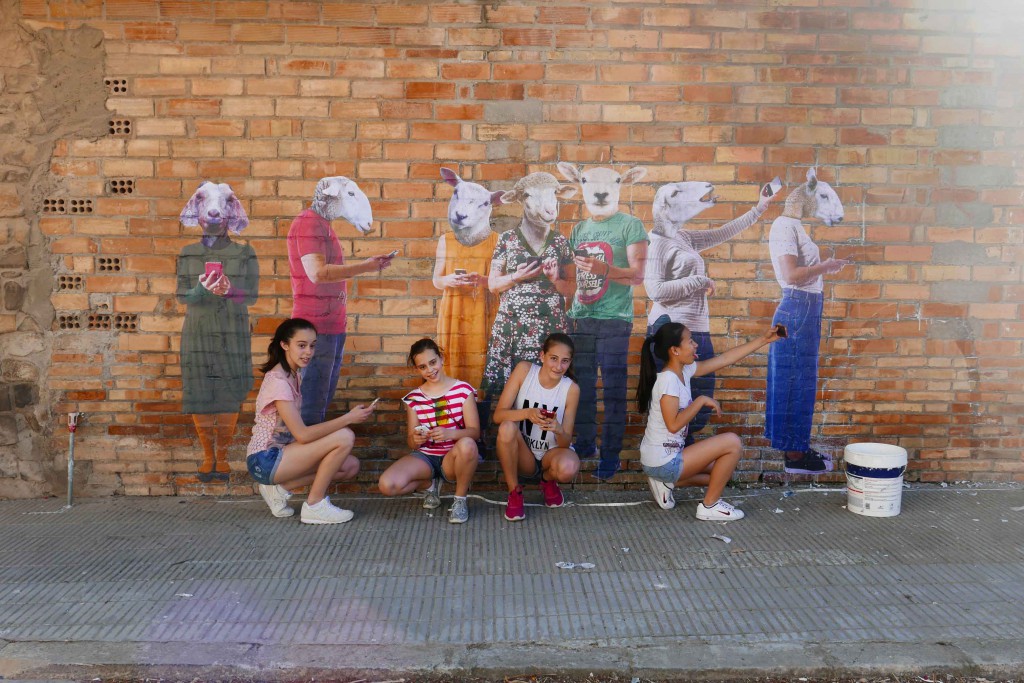 Spanish artist BIFIDO latest’s work, in the small village of Penelles (Catalonia), represents a modern version of the battle of Don Quixote of Cervantes incredible book. 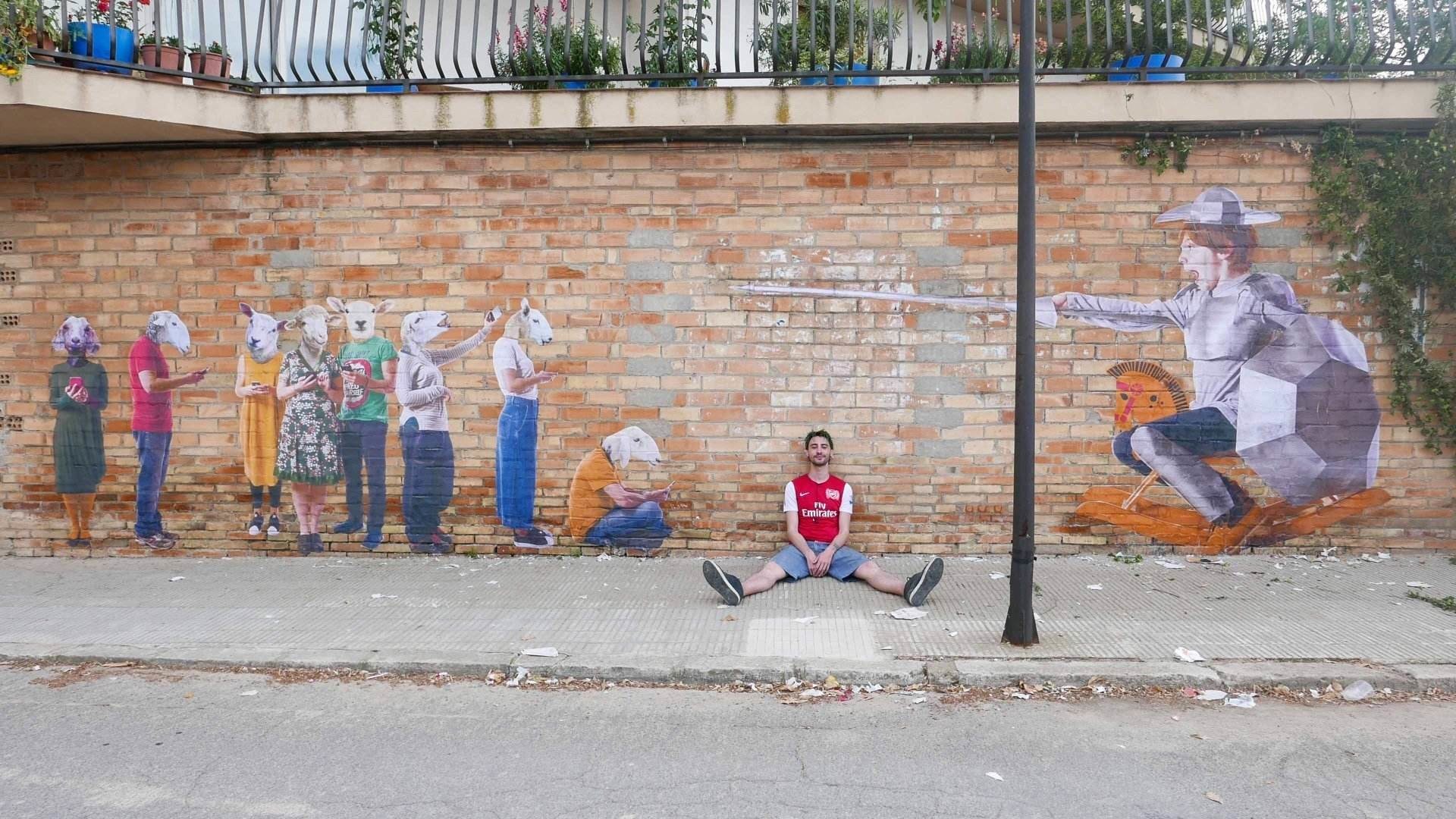 BIFIDO recently visited Spain for a project in a small village calls Penelles in Catalonia. Invited by Gar Gar Festival among others artists he realized a wall inspired by one of the best books of Spanish literature, The Ingenious Gentleman Don Quixote of La Mancha by Cervantes. 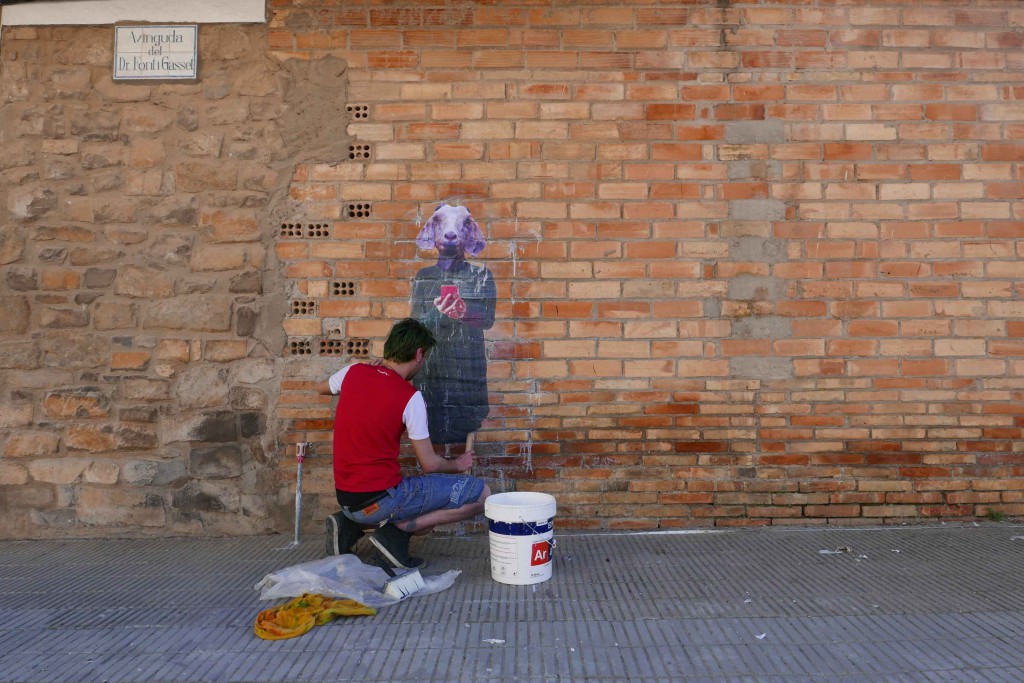 In a part of that book, Don Quixote believes to be fighting against a big army, but it was only sheep. He was a dreamer, he symbolizes the fantasy, the power of dreaming against banality of the world. 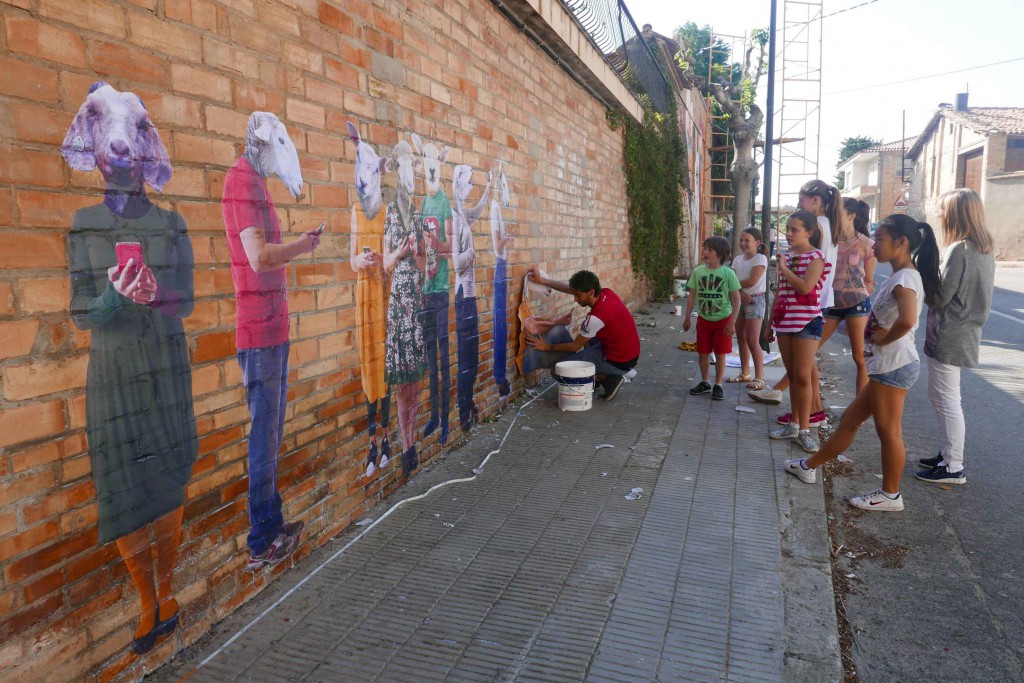 The kid on the wall by Bifido represents a kid that fights against the contemporary man who spends a lot of time with his smartphone like a sheep. 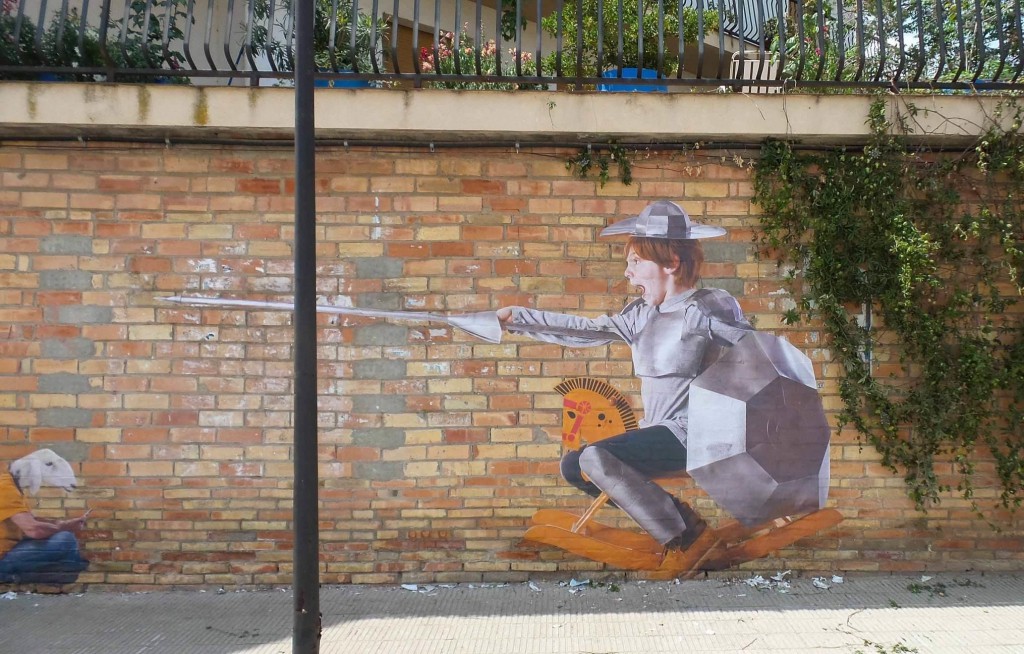 The work is called: “war pigs” 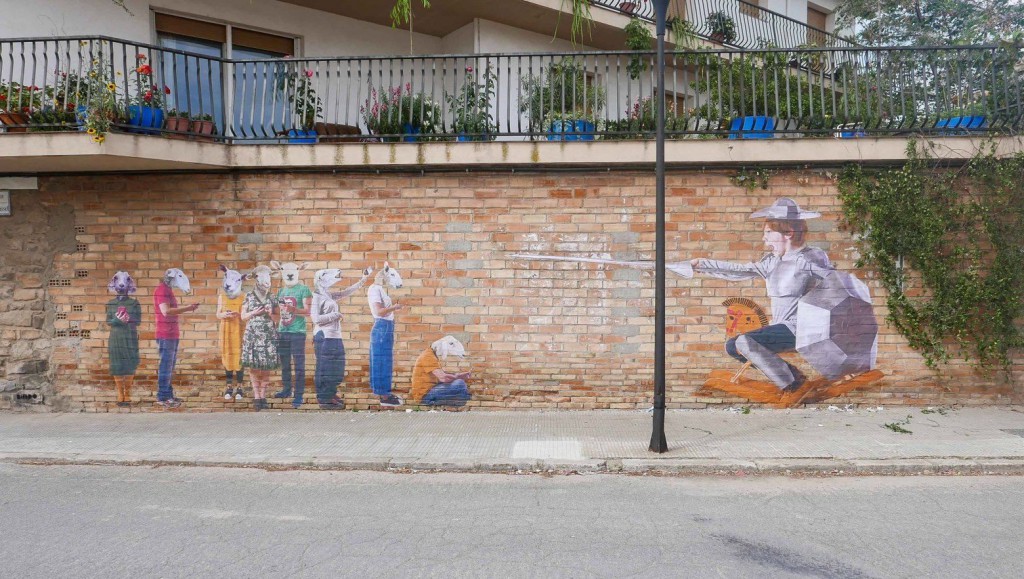