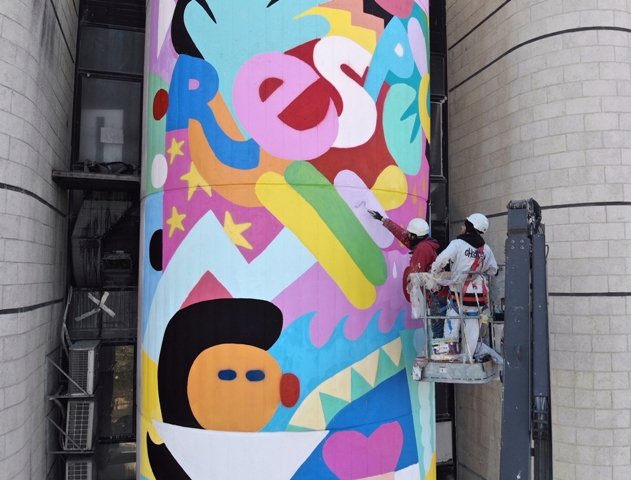 In February Zosen was invited to paint in Jerusalem. Was his first time in Israel and had a lot of questions about the israeli state, their neighboring countries, their culture, history, etc. As always he tried to learn from the community, asking the local people about all this themes. He had the chance to visit also the cities of Haifa and Tel Aviv, were he met different israeli artists and they showed him different traditions, as they spoke about all these topics and also painted a few walls together. 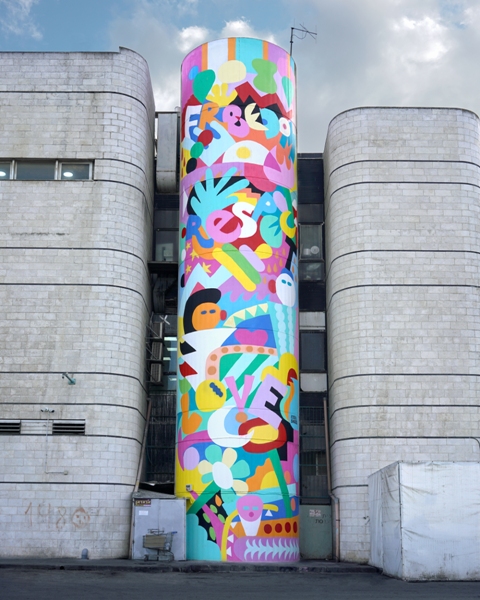 ”In Jerusalem they have their own stone to build the houses, by law they can just use this white/cream stone and is not possible to paint over it, so I just painted over the concrete.
The wall is part of a public market in the industrial neighborhood of Talpiot.”

”Was a challenge and a responsibility to paint my first mural in Jerusalem with all the preconceived ideas and prejudices that normally are with the politics and militar industry from this country. Speaking with local people I discovered that young generations are tired of this historic problems and during the time I was there the government was organizing the third election for prime minister in one year, because nobody on the political scene seems to represent the interests of all the different kind of people who lives in Israel today.”

”I decided to paint a wall for peace, for a future without borders, without prejudices, without paranoia, just with freedom and love. Is time to think global, our home is the earth and we need to share with the others, dont be egoistic, remember the history to dont repeat the same mistakes. One world, One love!”