Wallspot is a legal walls’ management tool and promotion platform for urban art that links new technologies with art projects and programs for urban creators. The platform has now introduced WALL CLAIM, a new art programe held in the city of Barcelona (Spain) that consists of inviting different artists, who paint regularly on the legal walls, to perform artistic murals related to some of the International Days established by the United Nations (UN). For each edition, held in different legal spots of the city, one of the International Days is made visible through an artistic intervention that will last, at least, three months. Wall Claim, thus, is aimed to give visibility to certain social groups by using art as a means and tool of social claim.

On the occasion of International Women’s Day, the first edition of this art programe was celebrated this past March 4th 2020 at the Cultural Centre La Farinera del Clot in Barcelona. It was important that this first mural was painted by a woman, therefore, Emily Eldridge, one of most active Wallspot female users, was the selected artist.

Eldrige is an artist and illustrator from the United States who currently lives between Barcelona and Berlin. Usually, through her practice Emily deepens on the female figure, not only in the field of urban art, but also through installations, illustration and graphic design. 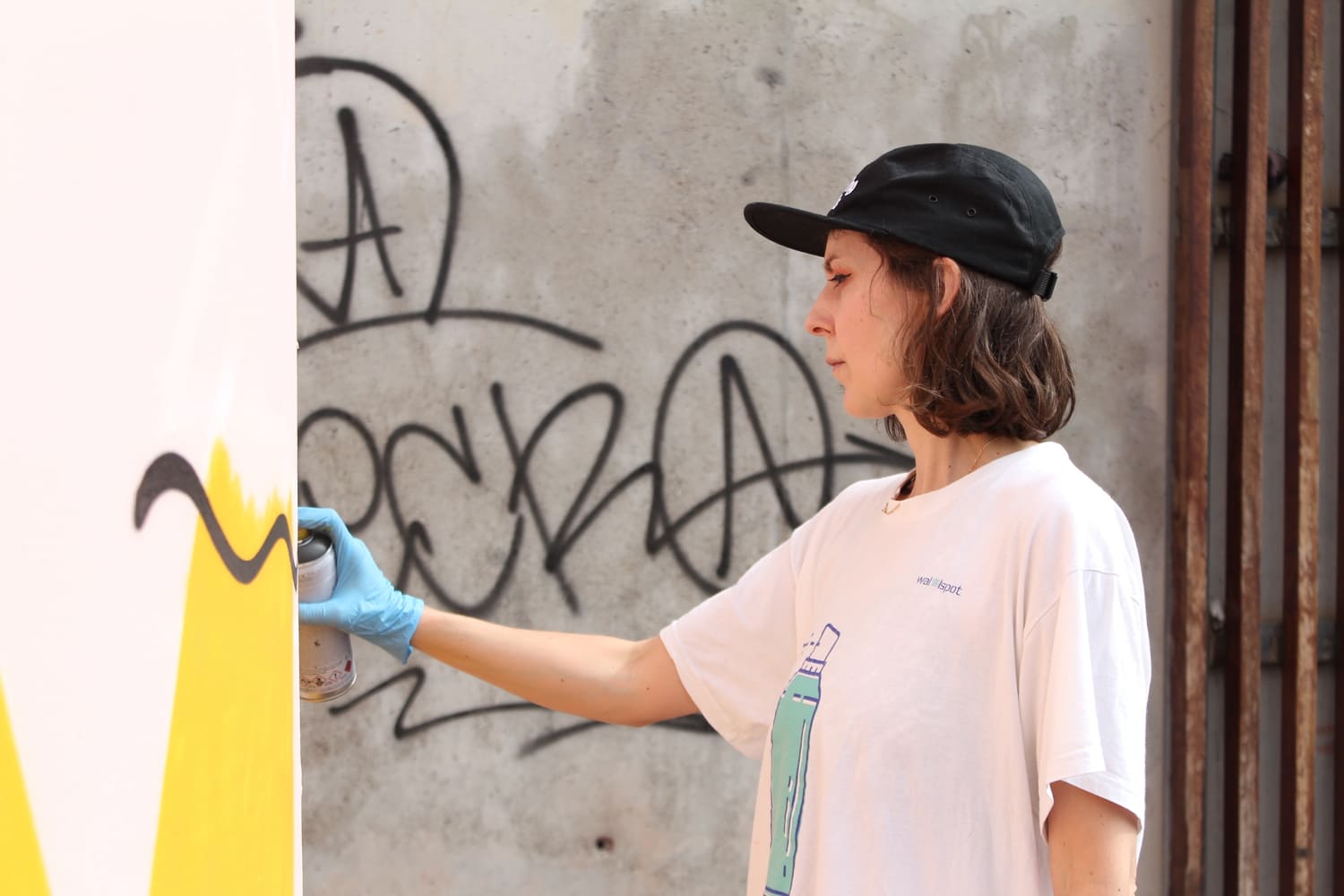 For Wall Claim, Eldridge performed a colorful mural at the outer wall of the Centre Cultural La Farinera del Clot with her illustrative style, linking feminism and urban art. The mural, which can be seen until June this year, incorporates diverse female artists who inspire her practice and daily life. Through this intervention, the artist not just wanted to defend the figure of women in general, but to celebrate the talent of women artists, who have to fight constantly for their rights and their work’s recognition.

Video of this first edition:

In response to this first edition, the artist and Carla Gimeno Jaria, curator of Wallspot’s platform and the project, held a talk on Women and Urban Art. They highlighted how Wallspot’s platform has provided with more security and legality in this type of art, as well as created opportunities to meet and recognize the work of female artists, who can share and promote their work internationally. During the talk, they both deepened on the women’s daily struggle to conquer spaces that have been historically dominated by the men while analyzing the improvements that have been held in recent years, although they both uncovered the small underrepresentation of female artists within urban art. 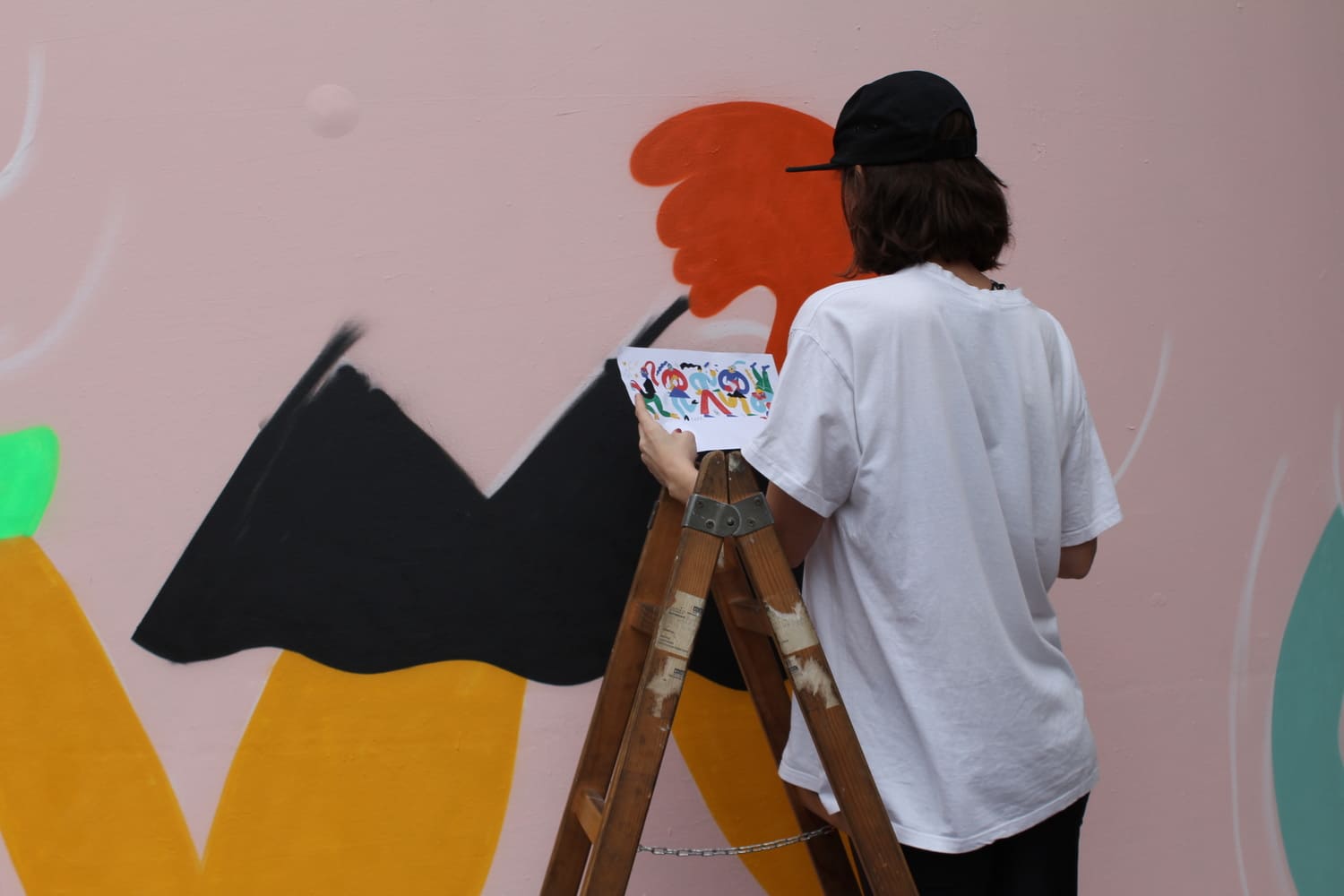 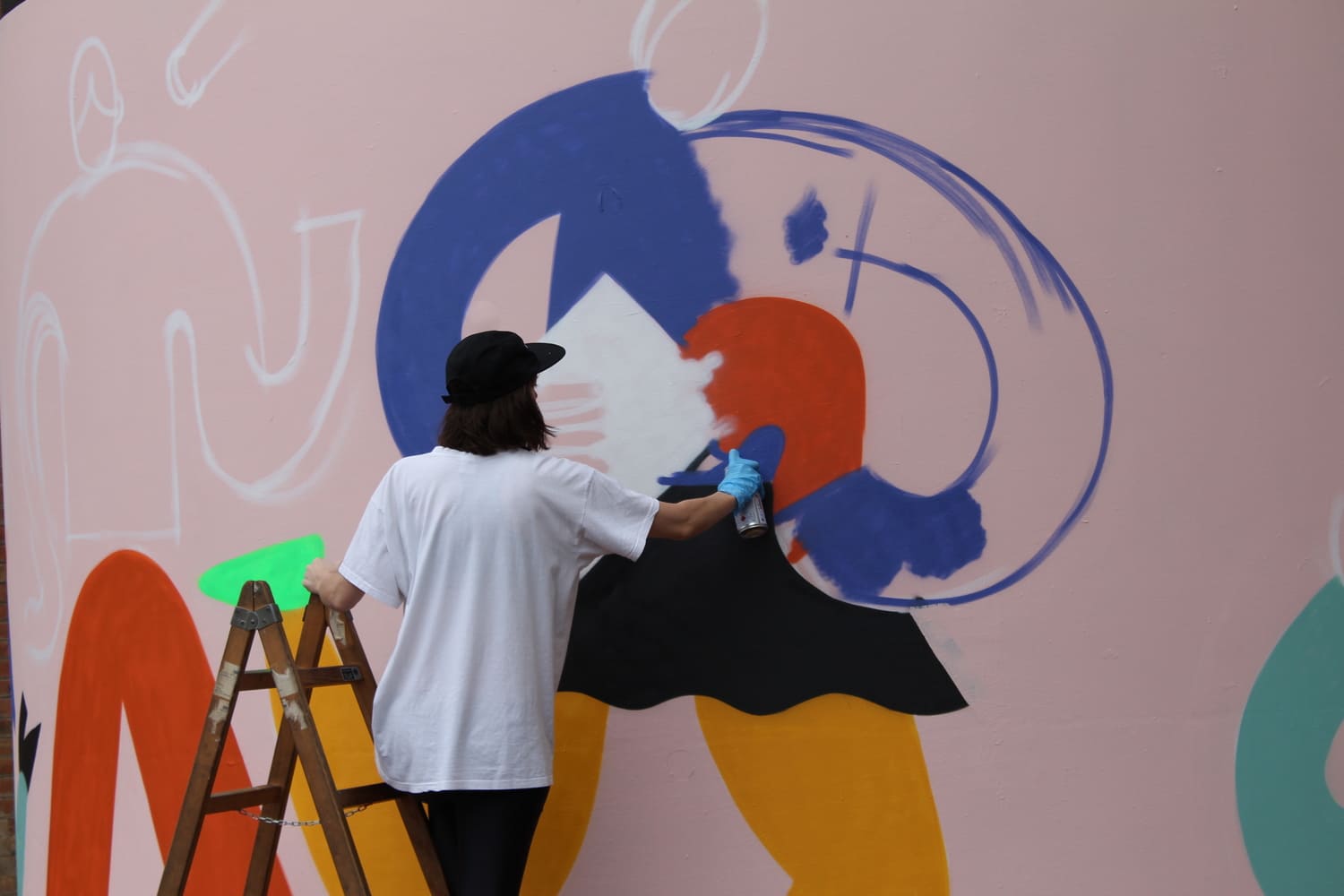 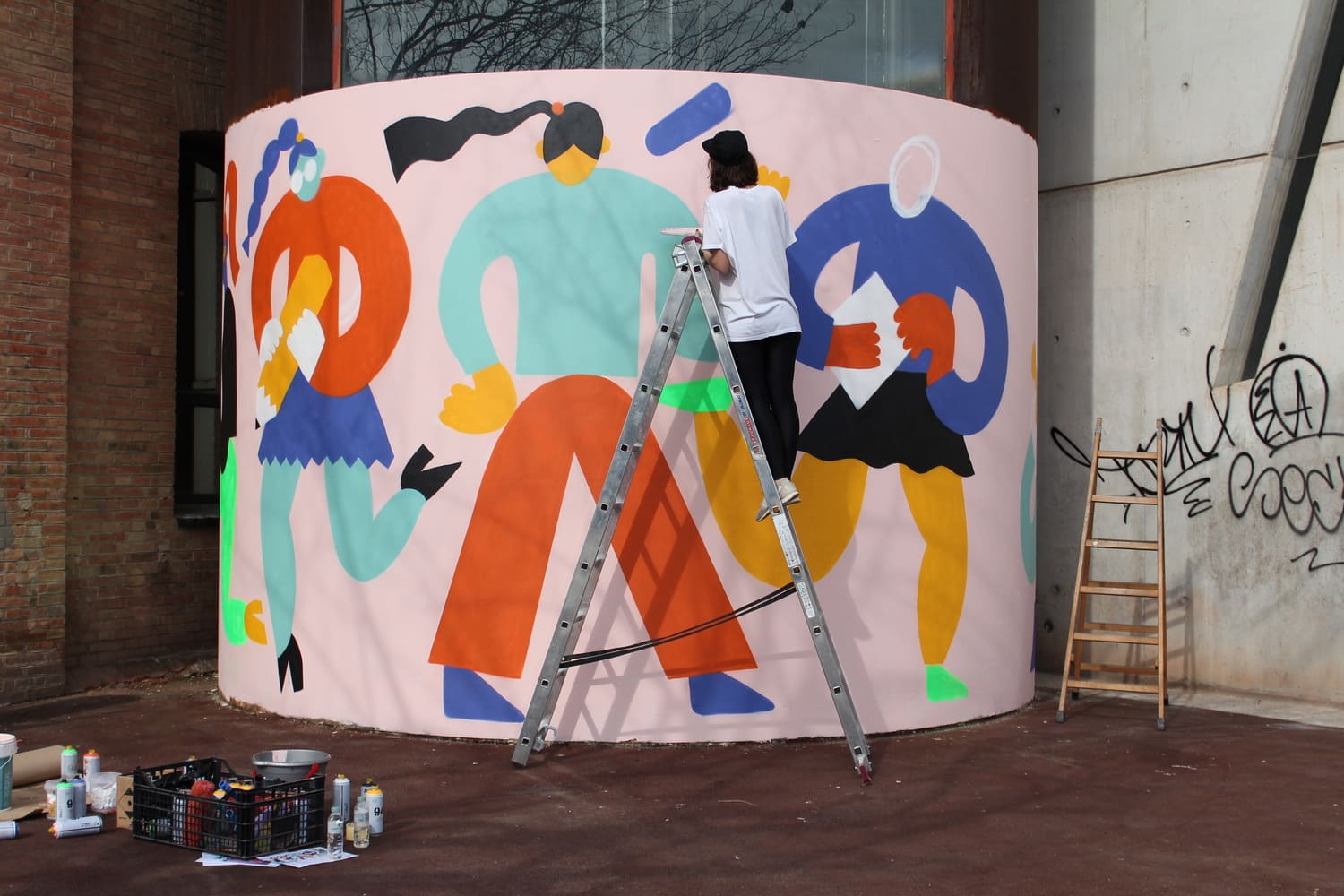 Through art, here being used as a means to stimulate social change, some of the artists who have painted in Wallspot before will be given the opportunity to show their work through a claiming mural. For this 2020, apart from Wall Claim’s first edition on the International Women’s Day there will be other two editions. In all of them, the platform provides to the selected artists with artistic fees, the materials and infrastructures needed to paint and also promotes the work done through a video interview at Wallspot communication channels (web, blog, social media, newsletter, and press). 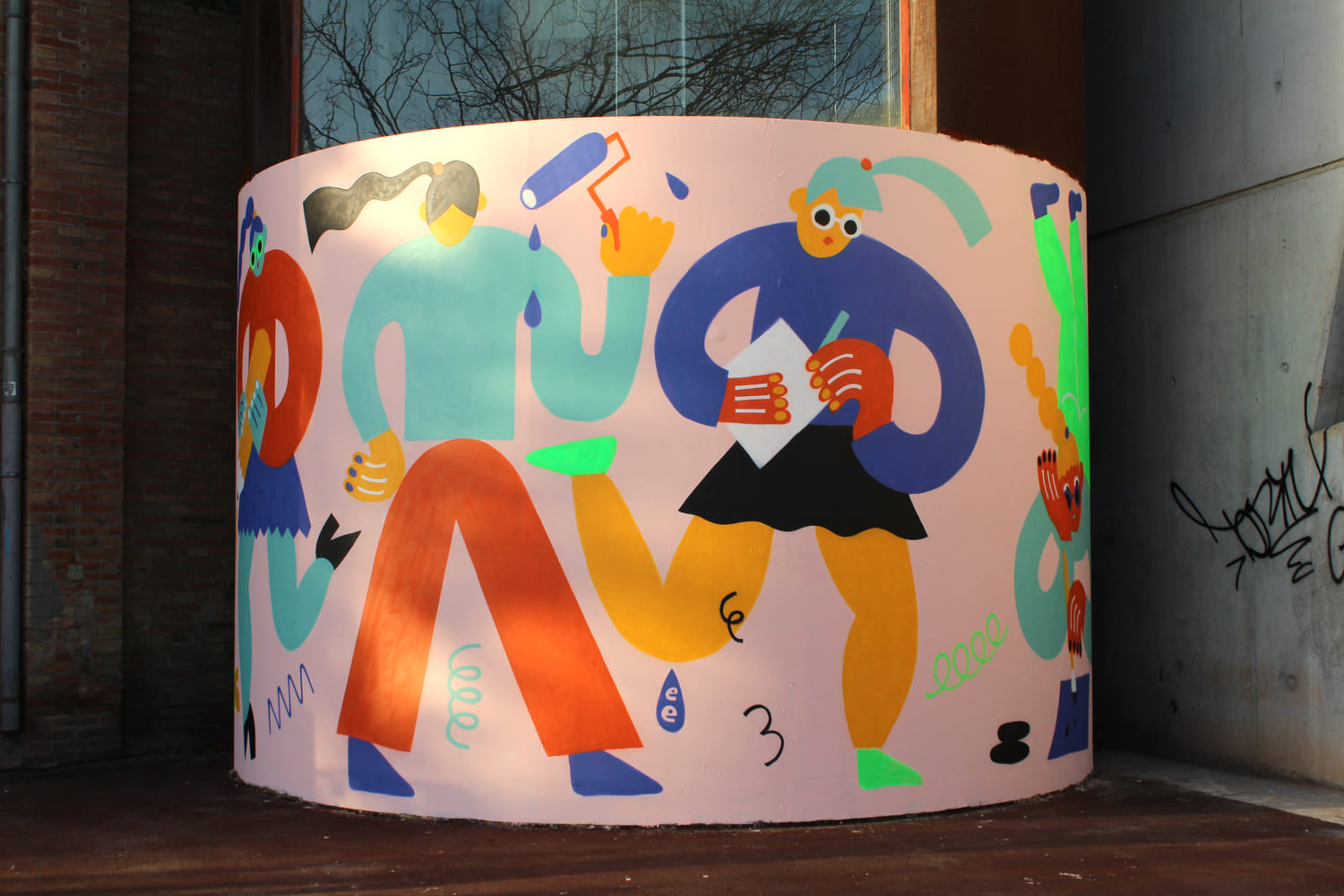