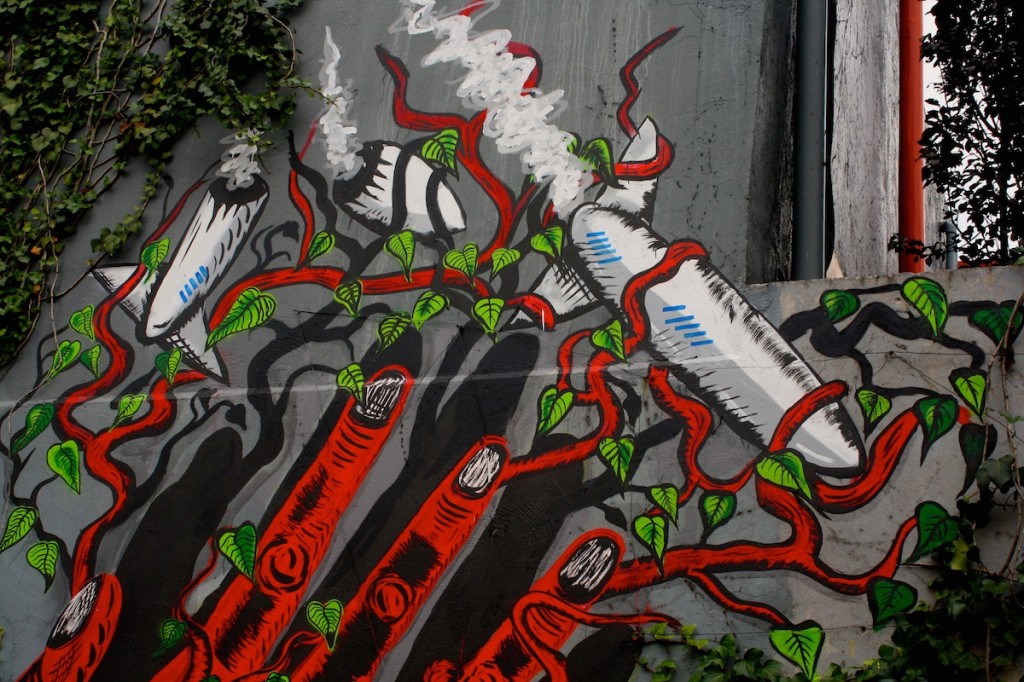 Recent wall by artist Vlocke in Mexico city against the Israeli – Palestinian conflict.

This mural attempts to create more awareness on the conflict between Israel and Palestine. This International conflict, exposes economical and political relations that have been commisioned to make this planet an increasingly suitable place for power. The artist reflects on the theme by setting a senario where two hands represent nature as a part of a whole which prevent these bombings, by trapping and destroying missiles the Israel armed forces were launching. The artist supports the Palestinian defenceless population. This wall was made in Mexico City in August 2014 and was curated by Graffiti World. 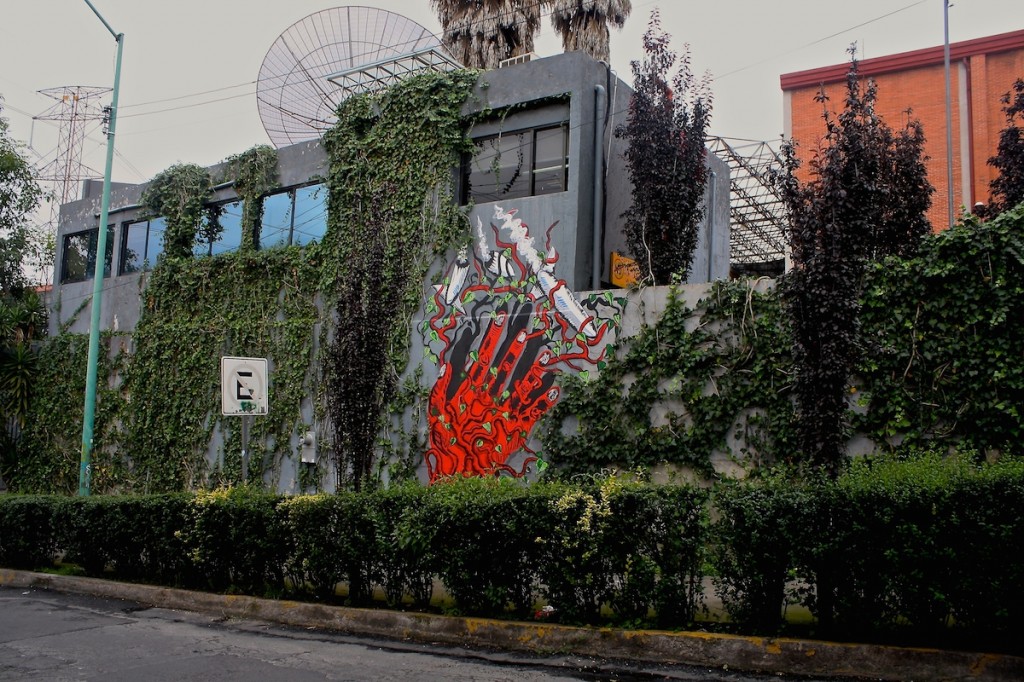 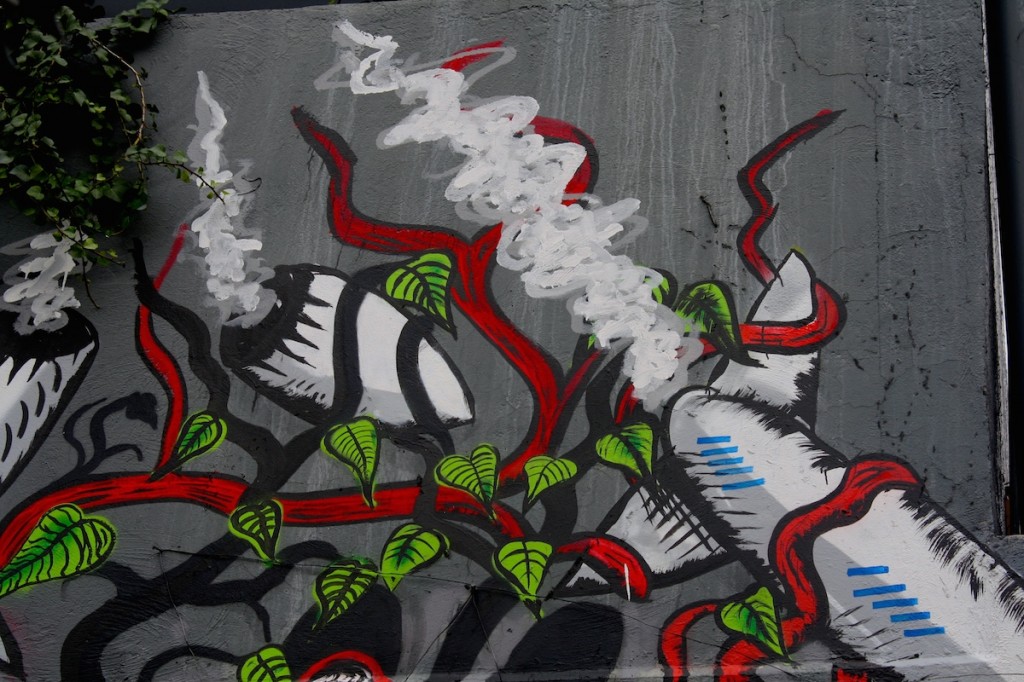 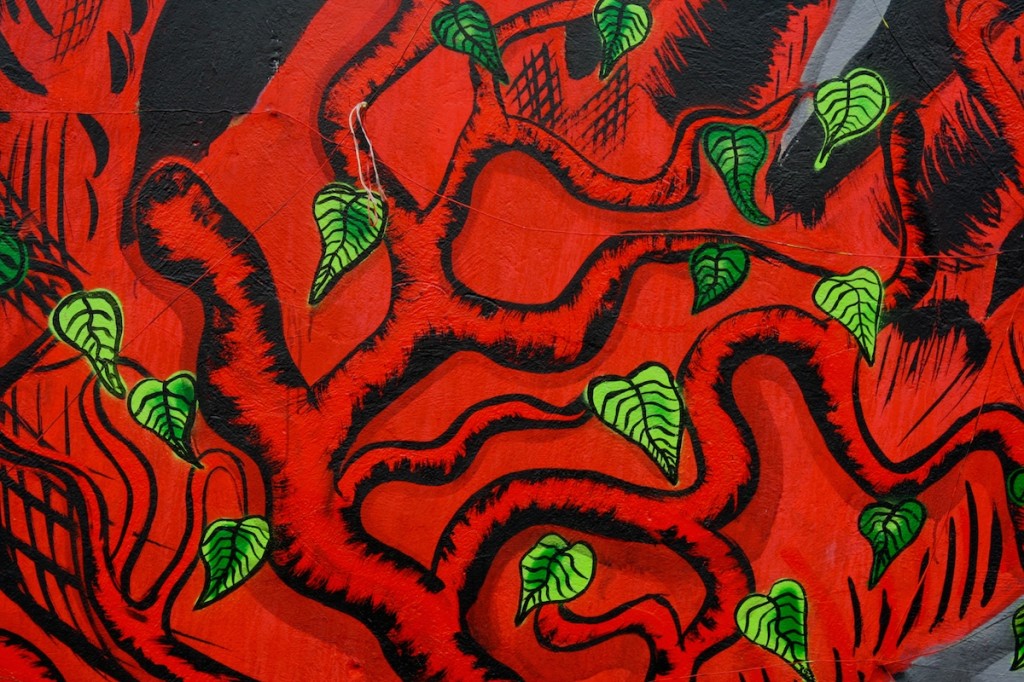 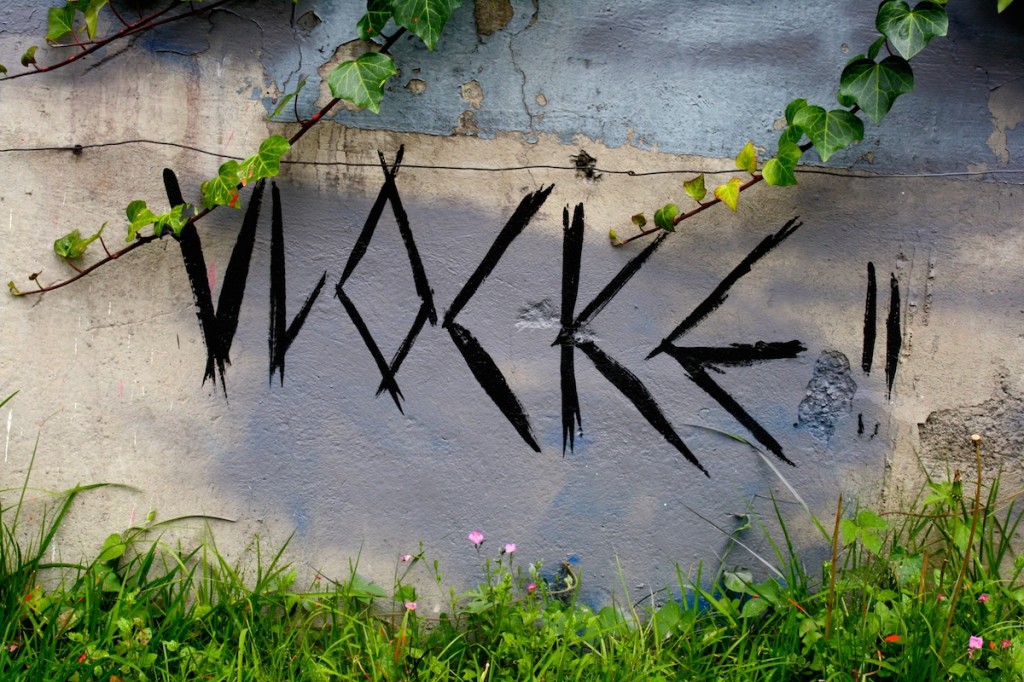 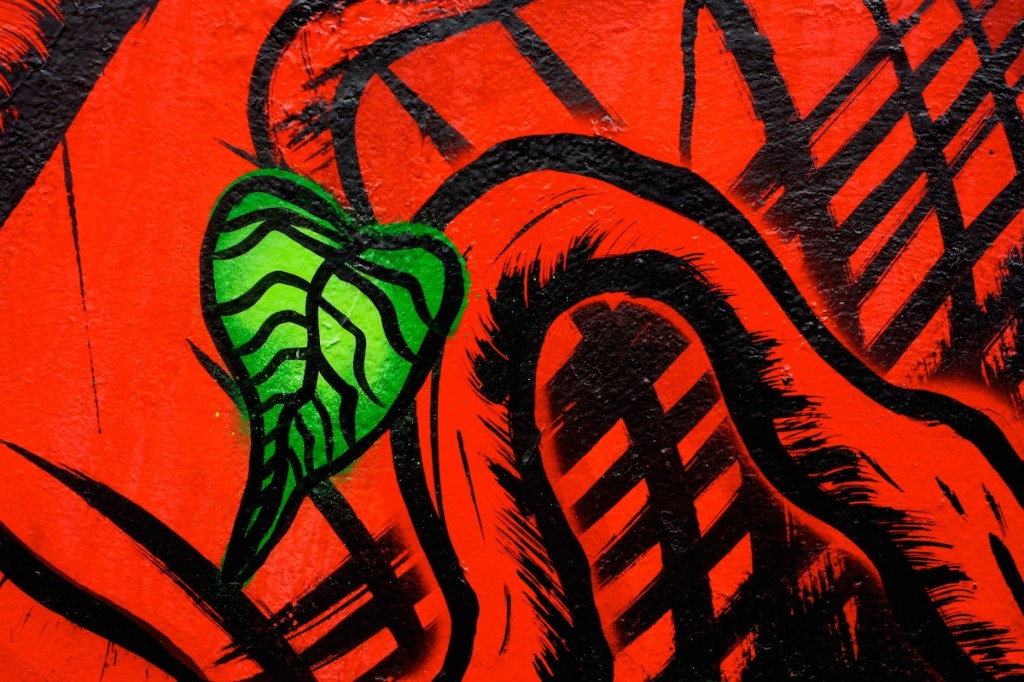 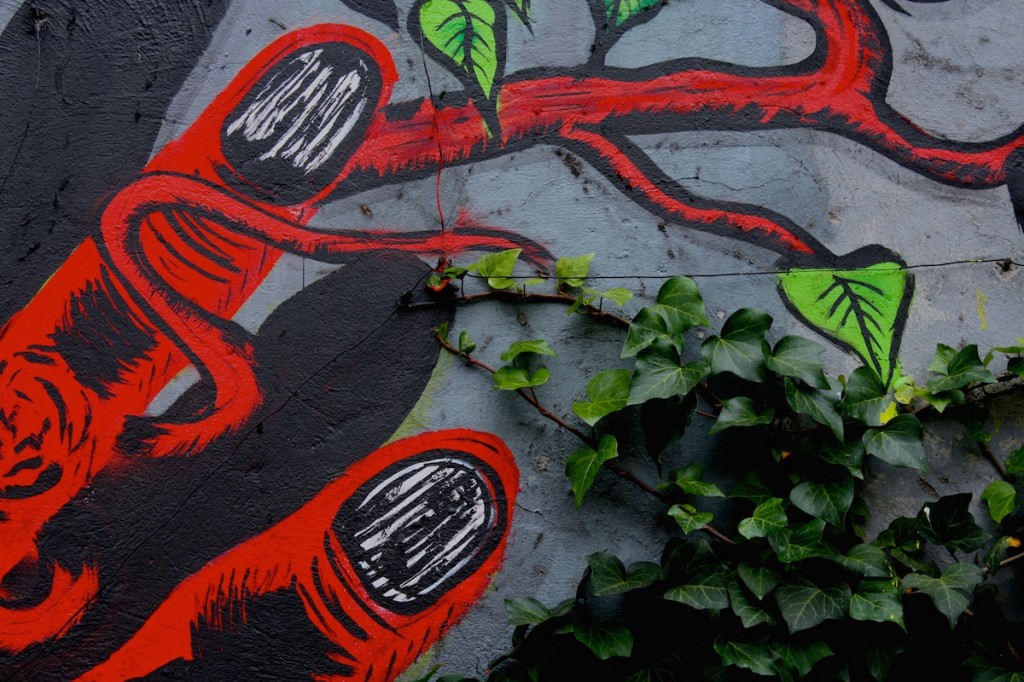 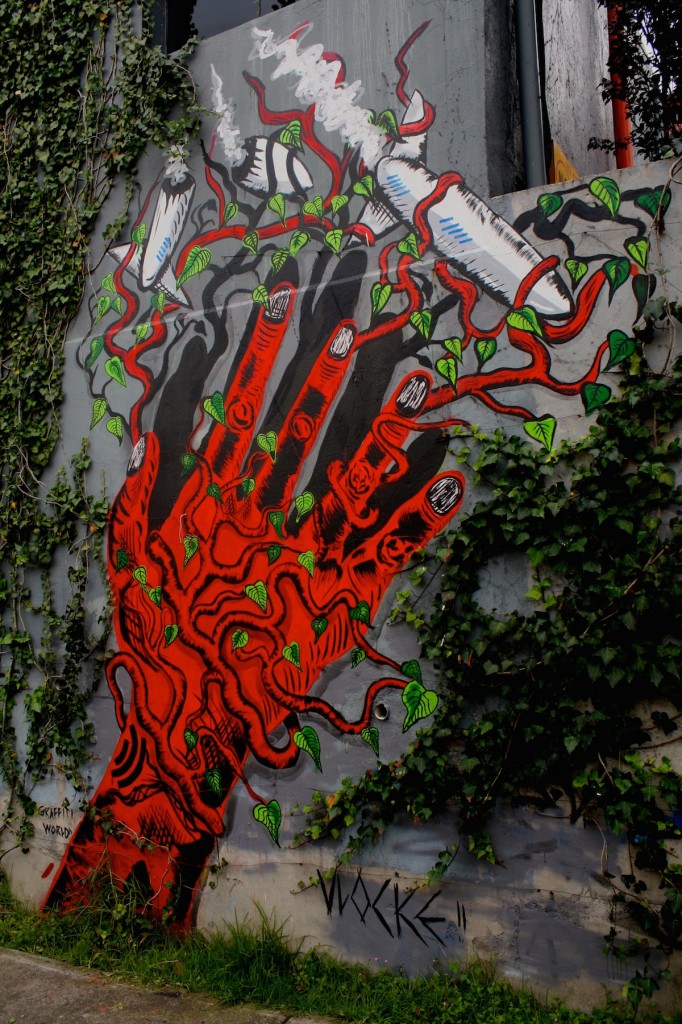