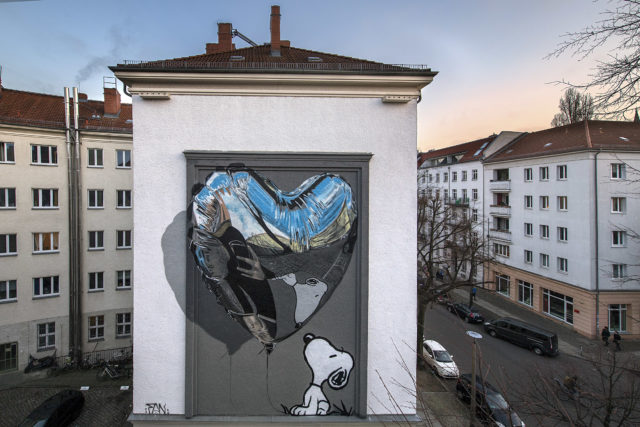 With a new One Wall, artist Fanakapan critically examines social networks. Made for the URBAN NATION MUSEUM FOR URBAN CONTEMPORARY ART and curated by museum director Yasha Young.
“Believe in Dog”

The facade of the house in Schwedter Strasse 29 in Berlin’s Prenzlauer Berg district shows a silver-coloured heart-shaped balloon with a deceptively realistic looking reflection. Looking at this work of art from a distance tricks the human eye into believing that it is seeing real objects. Fanakapan intentionally uses pop culture symbols, in this case a heart-shaped balloon and the comic strip character Snoopy, to highlight the superficiality of digital communication. Everyone is drawn to the striking and cute subjects and also appears as a reflection in the balloon, like a selfie within a selfie. With his wall, the artist intends to highlight that the social media users themselves become artificial personalities. They are permanently generating an improved version of themselves and can only perceive themselves and others in a distorted way. They are no longer capable of direct, objective perception as the camera lens has evolved into a medium for communication that blurs the boundaries between the physical reality and the digital world. We see a fictitious universe through the lenses of our smartphones – just like the person reflected in the balloon sees a distorted image of themselves and becomes immersed in an unreal picture with Snoopy. The title “Believe in Dog” is meant ironically. 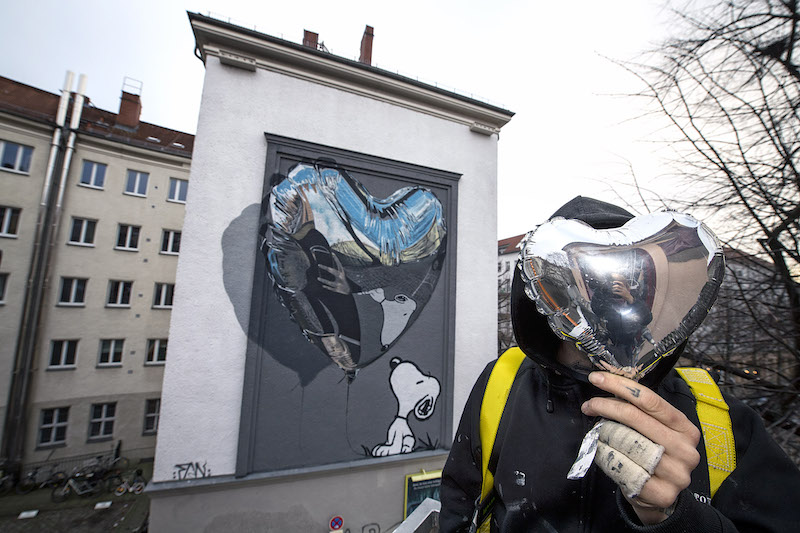 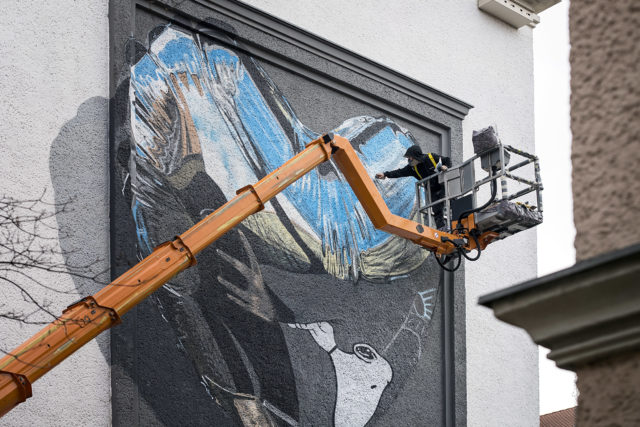 Fanakapan from the UK painting for Urban Nation One Wall Project at Schwedter Strasse 25, Berlin

About Fanakapan
The London-based street artist was originally an exponent of sticker art and is famous for his hyperrealistic depictions of real objects. His ability to create freehand art with unparalleled combinations of shade and reflective highlights with spray paint brought him to the attention of the wider contemporary urban art scene. Fanakapan already designed a Community Wall for URBAN NATION in 2018. He has shown visitors how he creates his sculptures within the scope of the “Live @ the Museum” project. 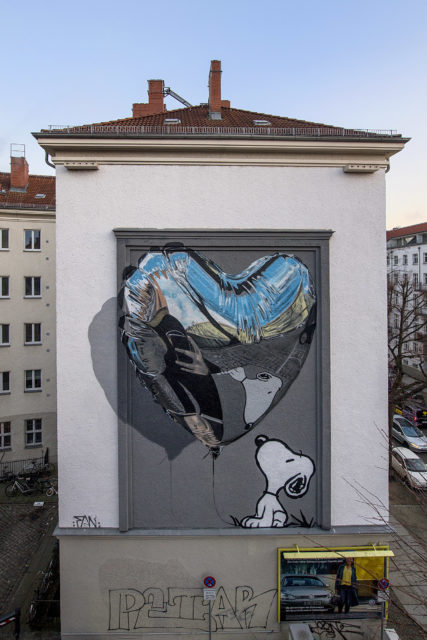 About the One Wall series of projects
Under the motto “One Wall – One Message”, internationally established as well as up-and-coming artists are commissioned with turning the walls of buildings in public spaces in Berlin into works of art. These projects, called One Walls, are initiated by the URBAN NATION MUSEUM and its artistic director Yasha Young, who regularly invite famous national and international street artists to Berlin. Urban art therefore permanently changes the face of the city. Each One Wall project communicates an artistic position: the artists study their environment and then design an individual work of art. Twenty-seven such One Walls have already been created by internationally renowned artists such as Onur & Wes21 (Switzerland), Don John (Denmark), Shepard Fairey (USA), HERAKUT (Germany), Phlegm (Great Britain), Li-Hill (Canada) and Pixel Pancho (Italy). 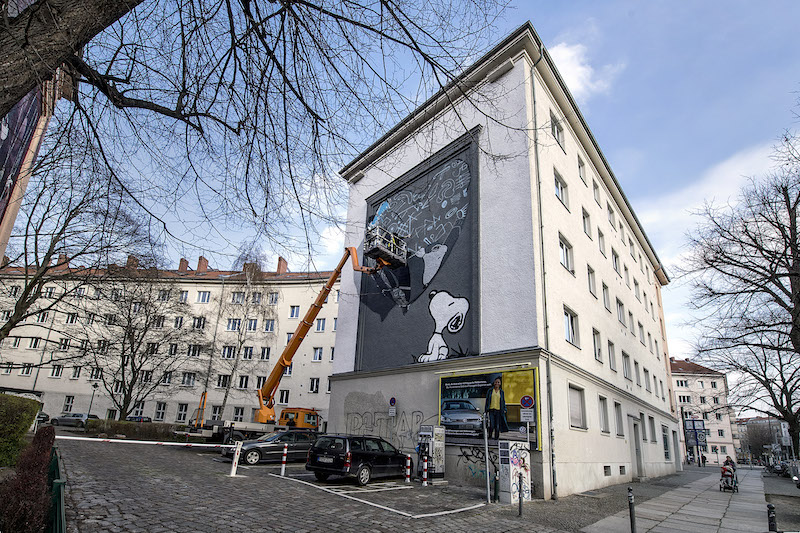 Fanakapan from the UK painting for Urban Nation One Wall Project at Schwedter Strasse 25, Berlin, Germany, in March, 2019.