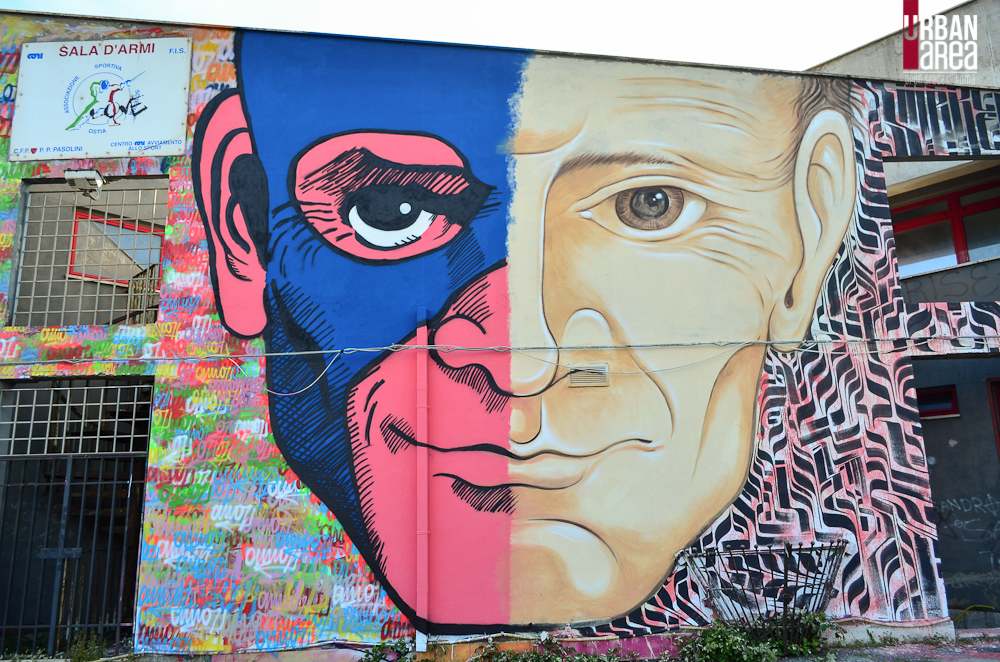 In the begining of May, the project “Urban Area open spaces – Rome” curated by the association a.DNA project in collaboration with Teatro del Lido, the Roman artists Omino71 and Mr.Klevra have done a job on wall structure of the Professional Training Centre “Pier Paolo Pasolini” in their neighborhood: Ostia.

During the work was scheduled the intervention of a third artist, young but already well-known in the Capitoline scene and not only: Jerico, who proposed an intervention that would enhance both thematically and conceptually homage to the writer, director, essayist and poet Pier Paolo Pasolini, who was already in the course of work. A raven stands on the wall adjacent to the front doors of the school, leaning on a sign that says “Private Property”, ironically crossing a quote from the film “Hawks and the Sparrows” from 1966 of Pasolini, in which the talking raven draws Marxist ideology of the left. 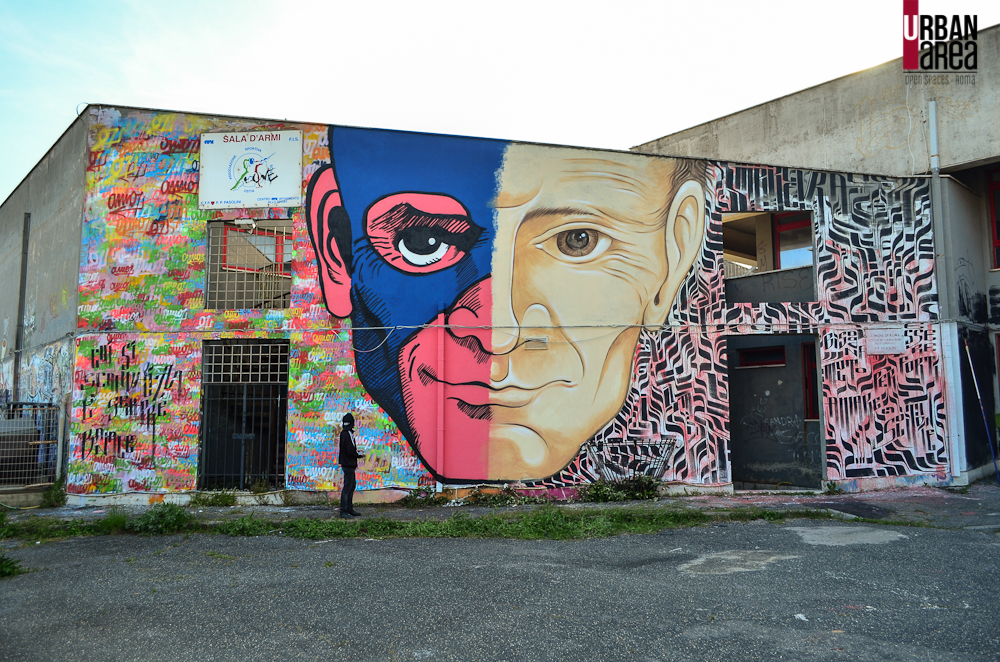 At 40 years after his death, a few meters from the Idroscalo, the site of his assassination, on the building and the school is named after him, the three artists have transformed the entire architectural perimeter overlooking the entrance courtyard of the complex in Via Baffigo 143, in a work that is not only a portrait of Pasolini revisited and reinterpreted. On colored texture, formed by repeated and overlapping tags of Omino71, Mr.Klevra wrote a sentence “Who is scandalized is always trivial” the first of the three citations across the painted wall. Among the calligraphic strokes of his half of the wall, Klevra has also added a second sentence: “You must be very strong to love solitude” and on the background created by Jerico, between the two walls painted by him: “To be a poet you have to have a lot of time “. 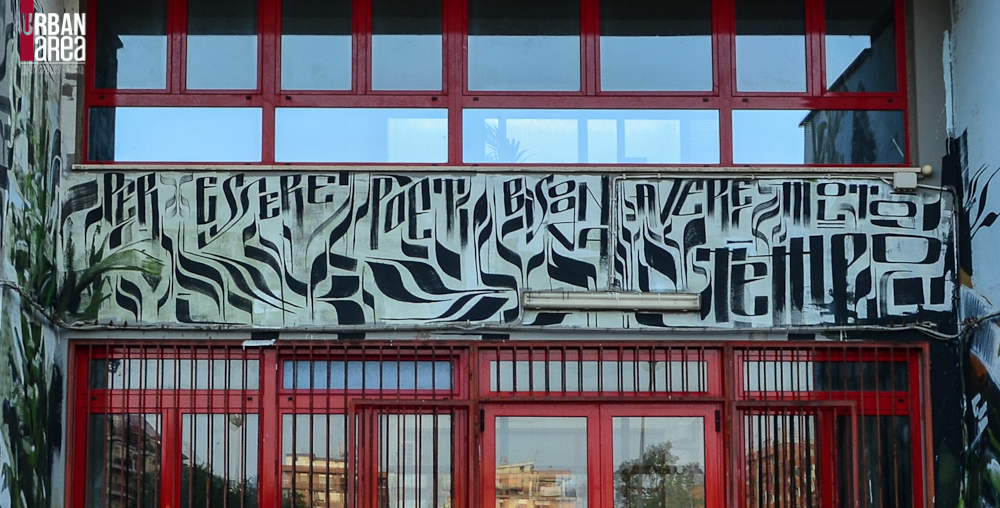 With Urban Area open spaces project, a.DNA tried to create a design process that, through close cooperation with the local schools of Ostia, organizations and local associations, has created educational activities by forming a network between different realities and their headquarters. By workshops conducted in March, the artists were able to deal with teens and children of different age groups, involving teachers and parents as well as many curious people who participated in the meetings held with the Teatro del Lido. 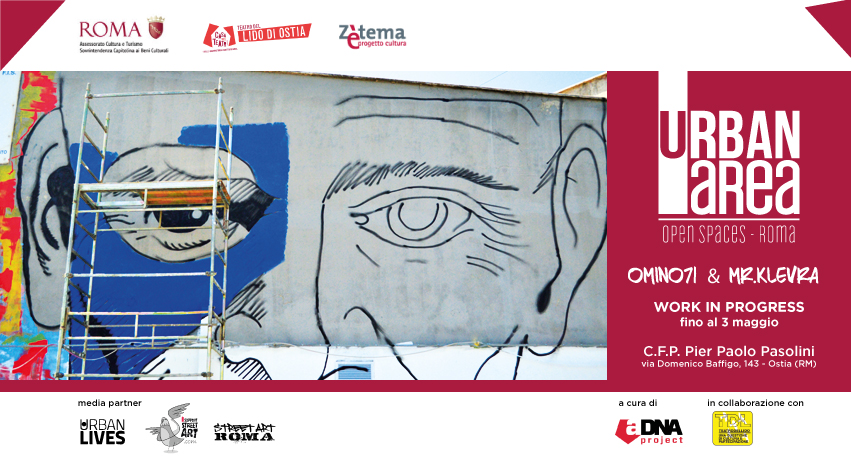 The mural intervention, in fact, is the result of experience gained in recent months of meetings and interactions with the neighborhood which have turned from below, open and horizontal participation, able to understand the reasons of this intervention, and indeed stimulating new activities, not only artistic, for the enhancement of the cultural potential of the area. 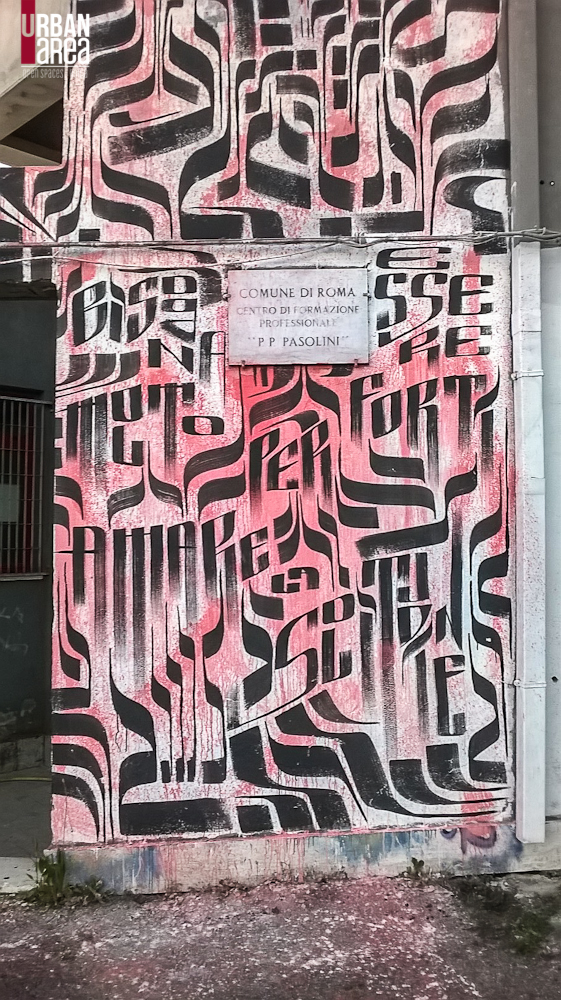 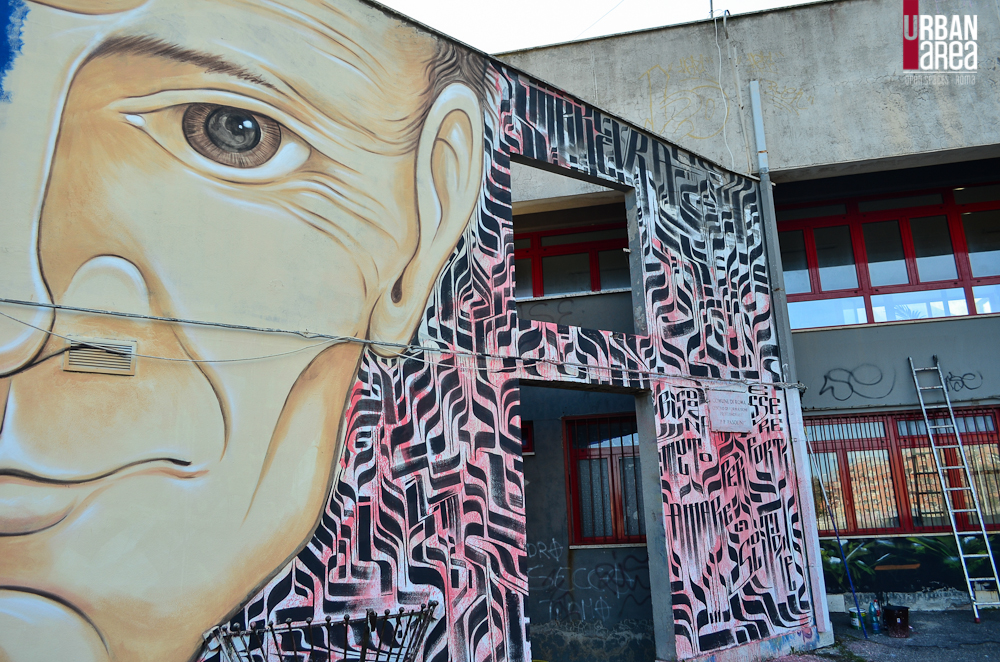 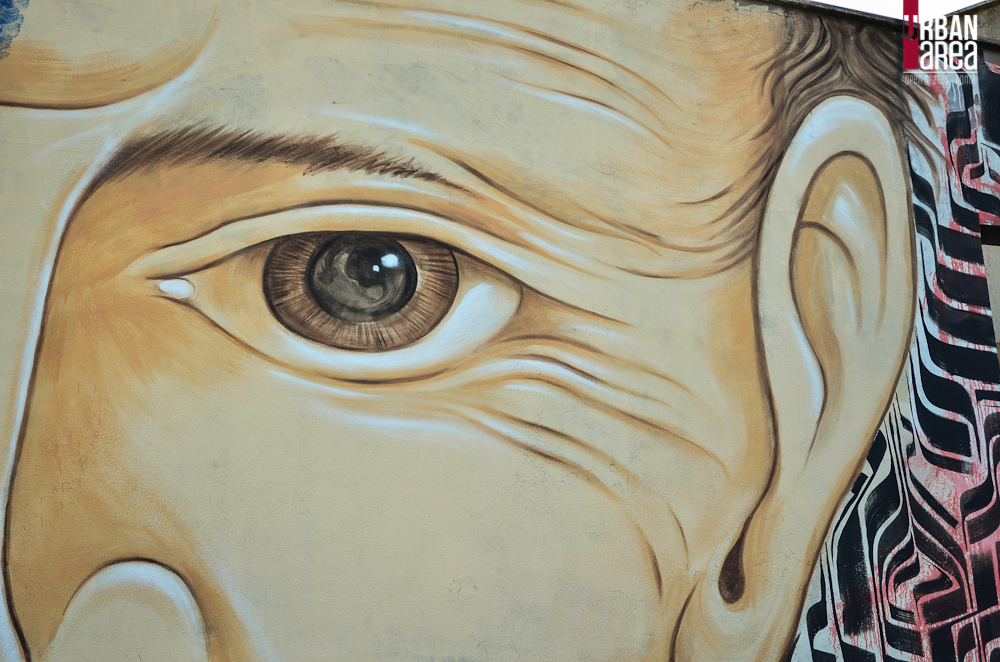 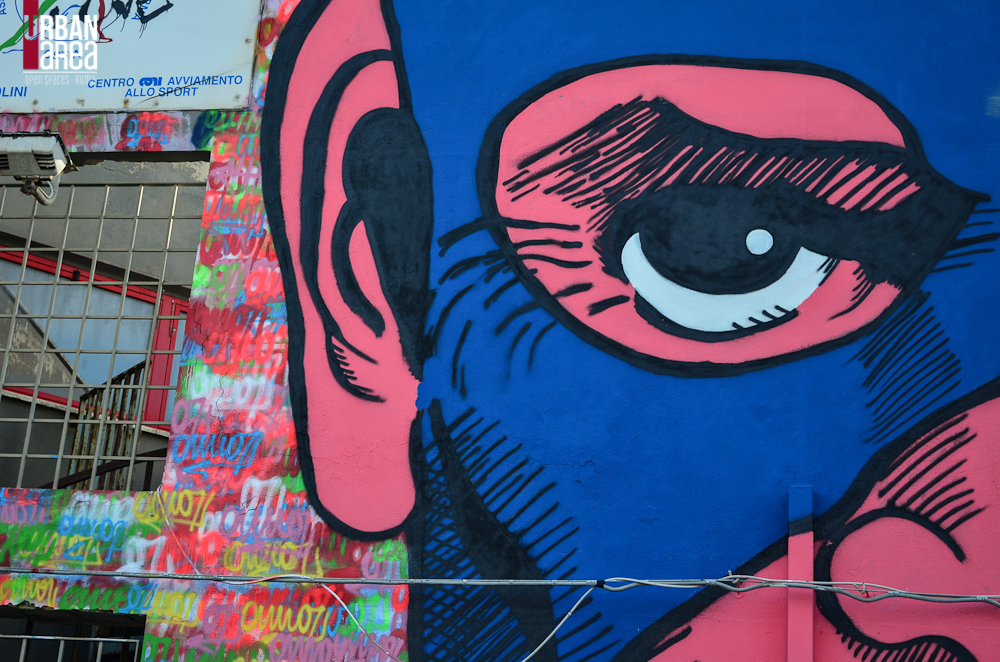