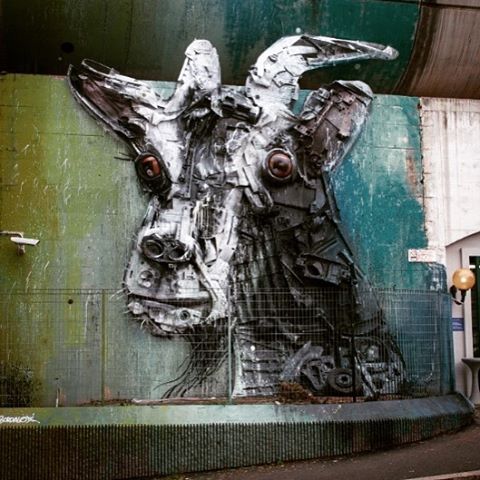 Bordalo II’s latest BIG TRASH ANIMAL was presented to the city of Rome. Built on a wall at the entrance of Saint Peter Train Station, this work was realized thanks to Forgotten Project, in partnership with Ferrovie dello Stato Group and the XIII municipality.
Once again, the artist transformed urban garbage into a beautiful animal. Old bins, car pieces, bolts and any kind of garbage turned into a goat that, as every BIG TRASH ANIMAL realized by Bordalo II, speaks against consumerism, which is destroying our planet and creating a lot of garbage. With his sculptures, Bordalo II aims at showing the beauty hidden behind the trash. 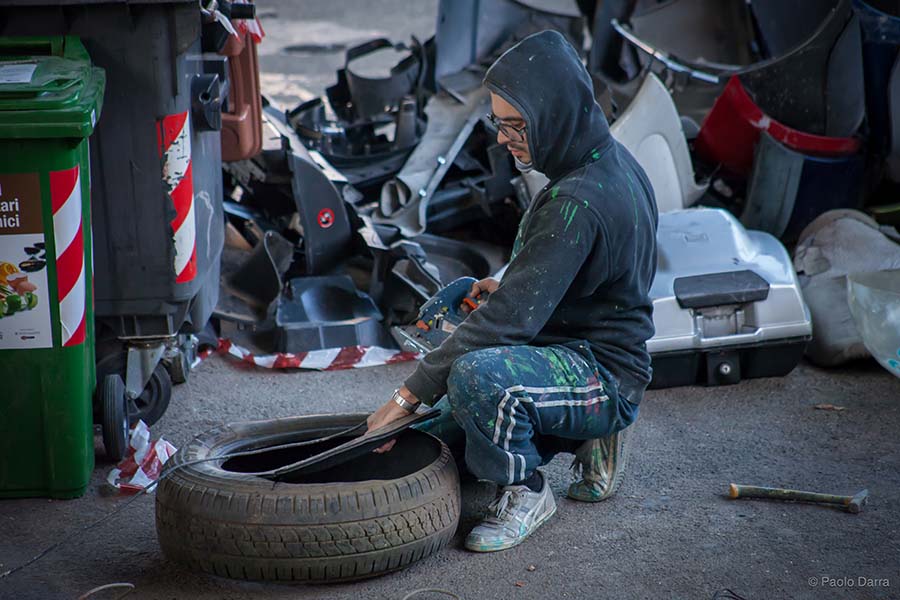 The location, Saint Peter Railway Station, was selected to point at the profound metamorphosis of urban areas. The main railway stations in the city of Rome were built at the beginning of the 20th century in what at that time was the outskirts of the city. After the overwhelming growth of the town during the last century, these stations are now very central and are used daily for local and suburban transportation.
With this artwork, Forgotten wants to underline the historical meaning of urban railways stations, and suggest urban railway as an alternative to road transportation. 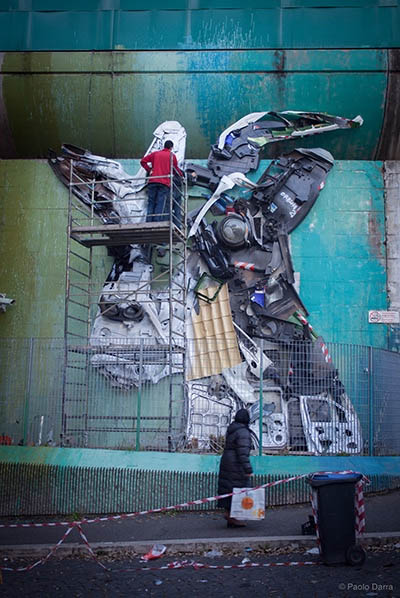 During Forgotten Project Bordalo II realized his first hand finished silkprints ever. In a limited edition of 20, some of these unique artworks will be available soon at www.forgottenproject.it 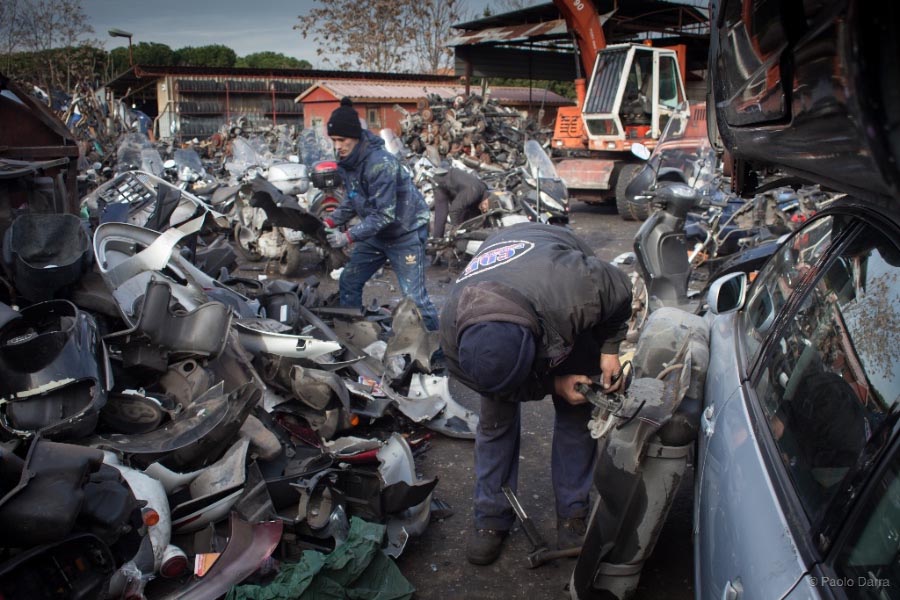 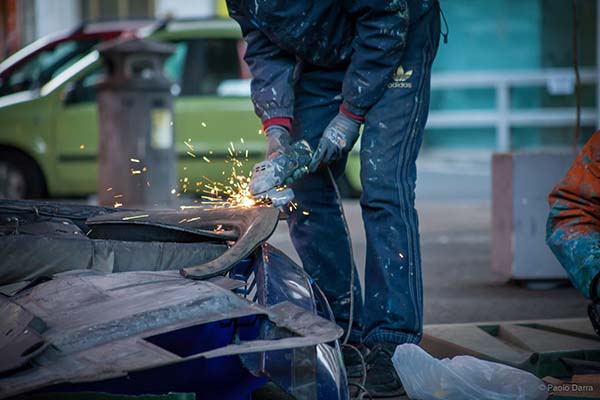 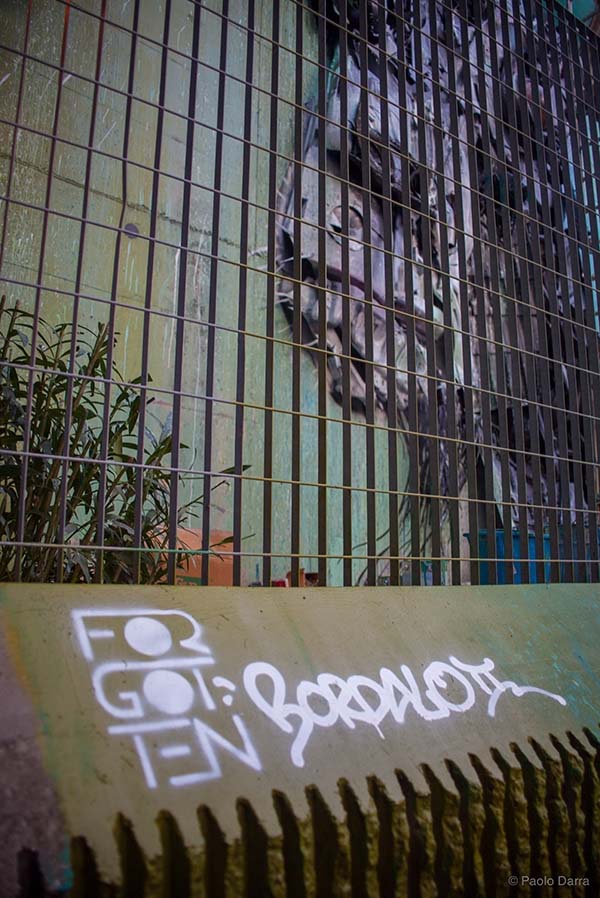 Forgotten is an urban art project highlighting those buildings in Rome that run the risk to be “forgotten”, those buildings that lost their original function or have an uncertain future for reasons mainly related to time, the growth of the city or a shift in citizens’ habits. To put those buildings into the spotlight, five Portuguese urban artists have been invited to create a contemporary art work in Rome, a town where none of them has ever worked before. 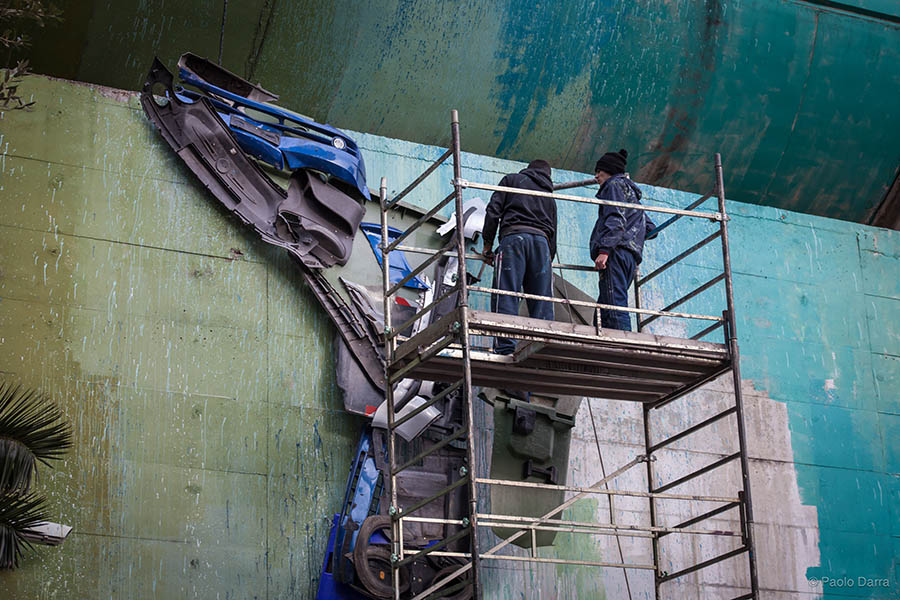 So far, Forgotten Project hosted Addfuel, Frederico Draw and Bordalo II. The next artist will be the irreverent MaisMenos, whose installations around the city center of Rome will bring up the topic of former-cinemas. 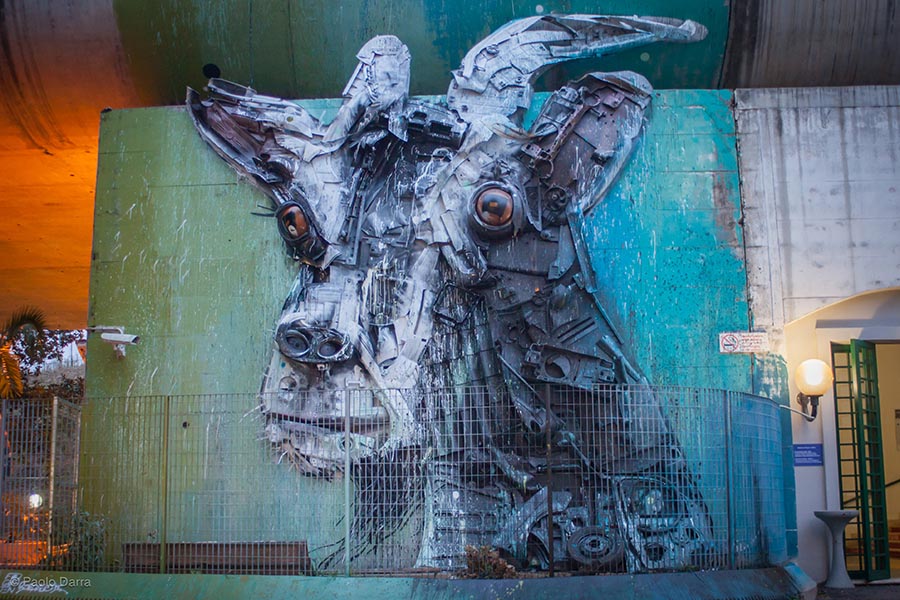