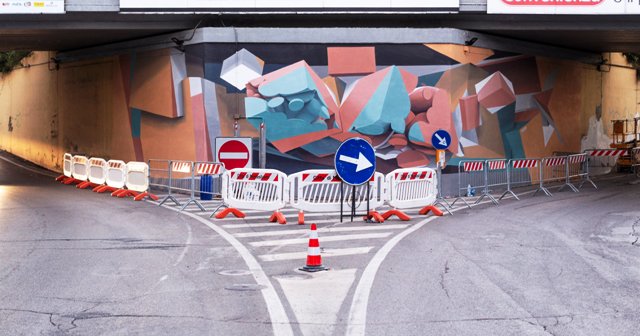 After his last intervention in the U.S., Peeta comes back in Italy through a big piece situated in a focusing point in the city of Montesilvano (PE). “Tricks of perception” has been painted in the last few days in one of the iconic places of the city.

Parallelepipeds and spheres in warm hue meet and cross in an explosion which generates chaos in the urban chaos of trains, cars, bicycles and pedestrian paths. No anamorphic effects this time, but just tricks of perception – twisting and shaping the three surfaces. Once again the artist from Venice tells about the relativity of perception by colours and shapes evoquing baeches, seaside and sunsets as peculiarities of the area. 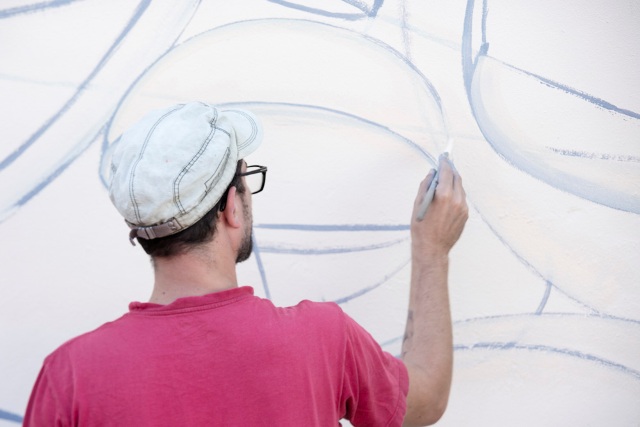 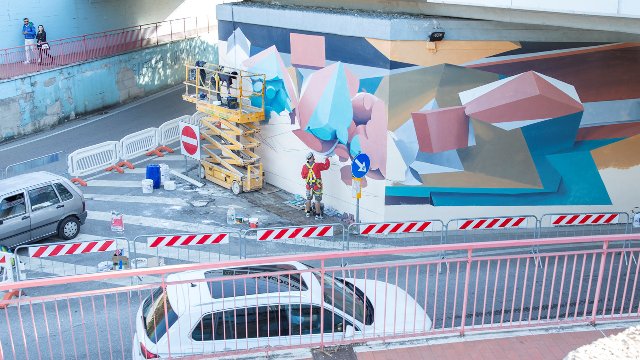 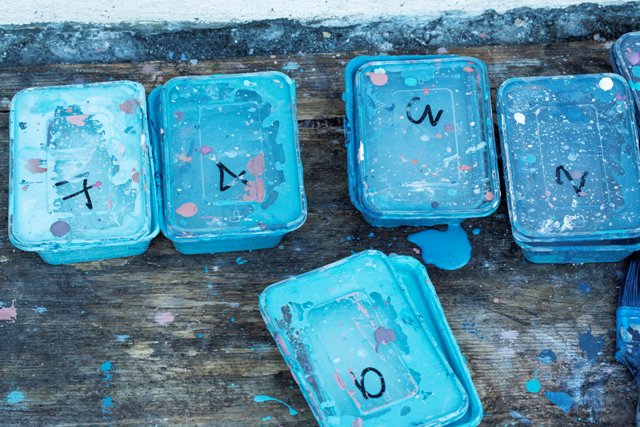 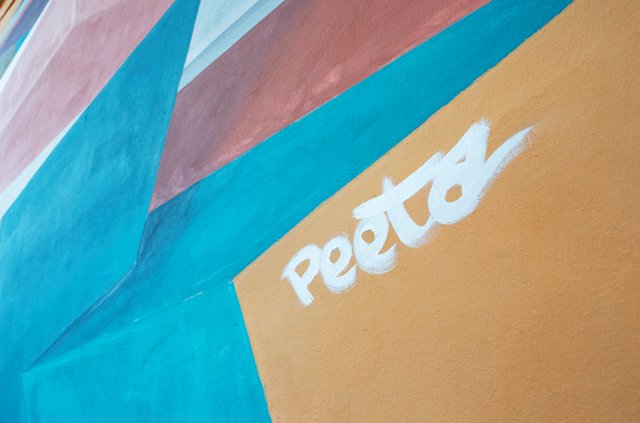 The artpiece has been curated by Pepe Collettivo in partnership with Montesilvano City Hall (Pescara) which is a non-profit cultural association. Every activity has been the result of each member in collaboration with entrepreneurs, artists, associations and all the people who believes in the power of culture. 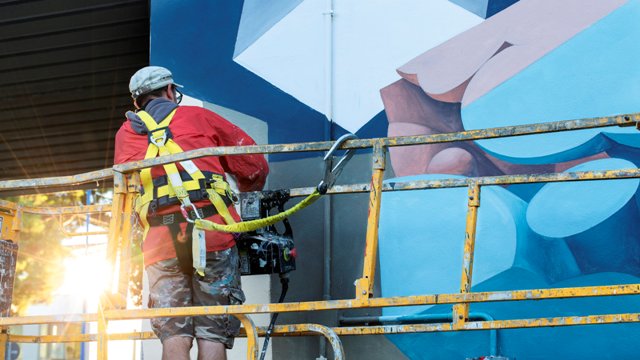 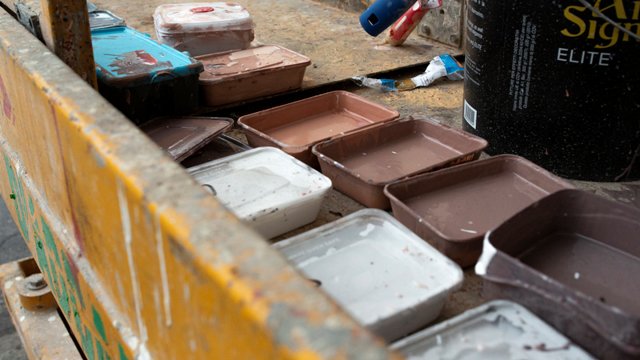 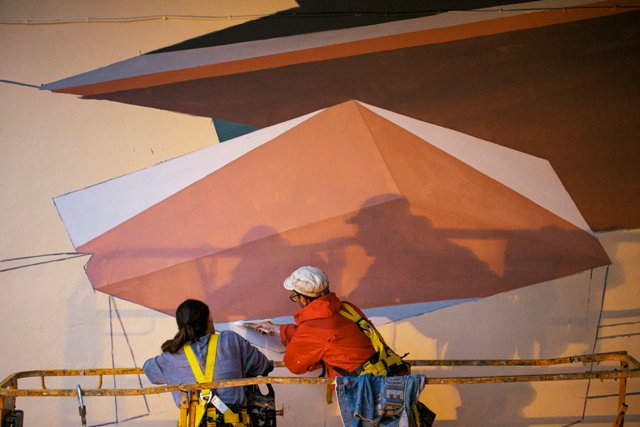 Peeta, also known as Manuel Di Rita, is a graffiti artist since 1993 currently living in Venice. He is a member of the EAD crew (Padova, Italy), FX and RWK crews (New York City) and has participated, over the years, in jams, festivals and art shows all over the world. His work explores the potential of sculptural lettering and anamorphism, both in painting and in sculpture.