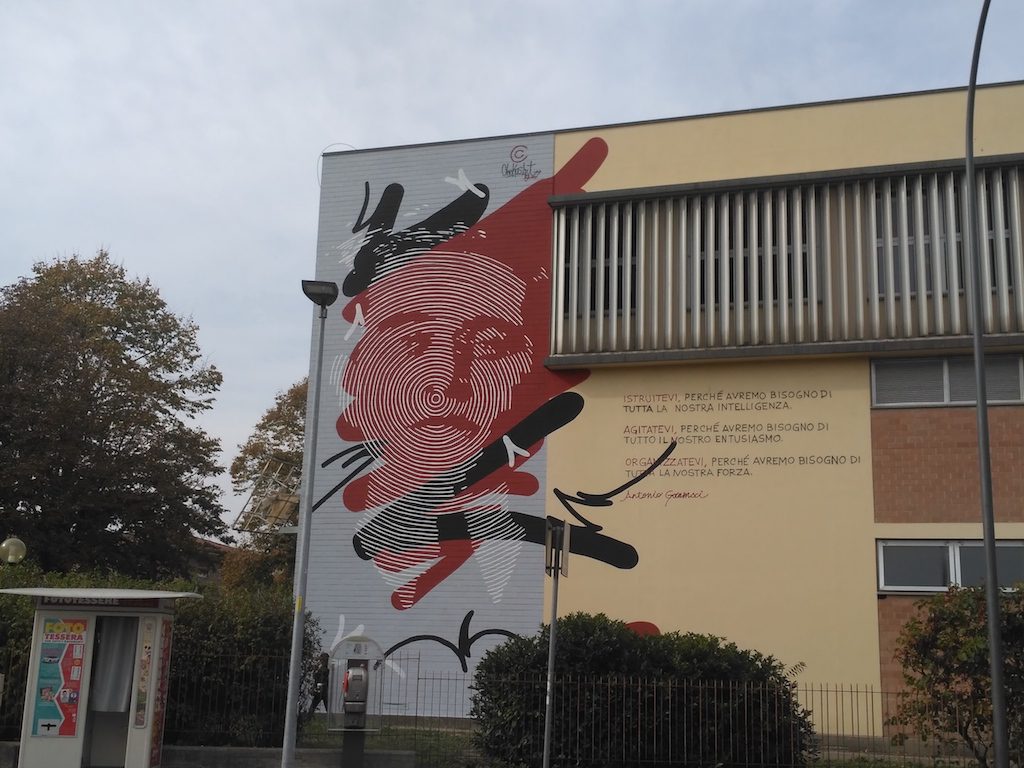 Italian street artist Chekos has shared with us his latest work which offers a Tribute to Antonio Gramsci in Bologne, Italy, curated by Cheap festival. With this amazing wall Chekos pays the tribute through his signature patterns, lines and the amazing photo-realism that always presents through out his pieces.

Antonio Gramsci was an Italian politician, born (22 January 1891) in Ales, Sardinia, is best known for his theory of cultural hegemony, which describes how the state and ruling capitalist class – the bourgeoisie – use cultural institutions to maintain power in capitalist societies. 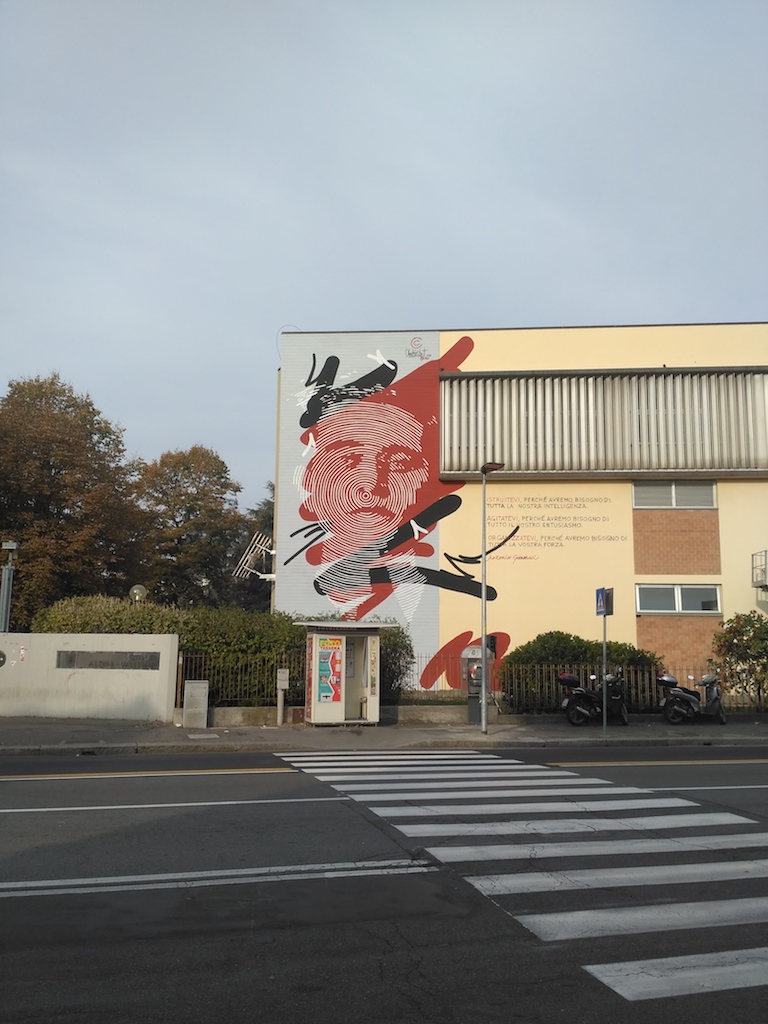 Chekos is an Italian artist, “born in Lecce (South of Italy), he was raised on the street in the surroundings of city blocks, where each part of every-day life was ruled by mafia. As a teenage rebel, at the age of 13 he moved to Milan, where he made his first steps as an artist in 1995 as a writer.” 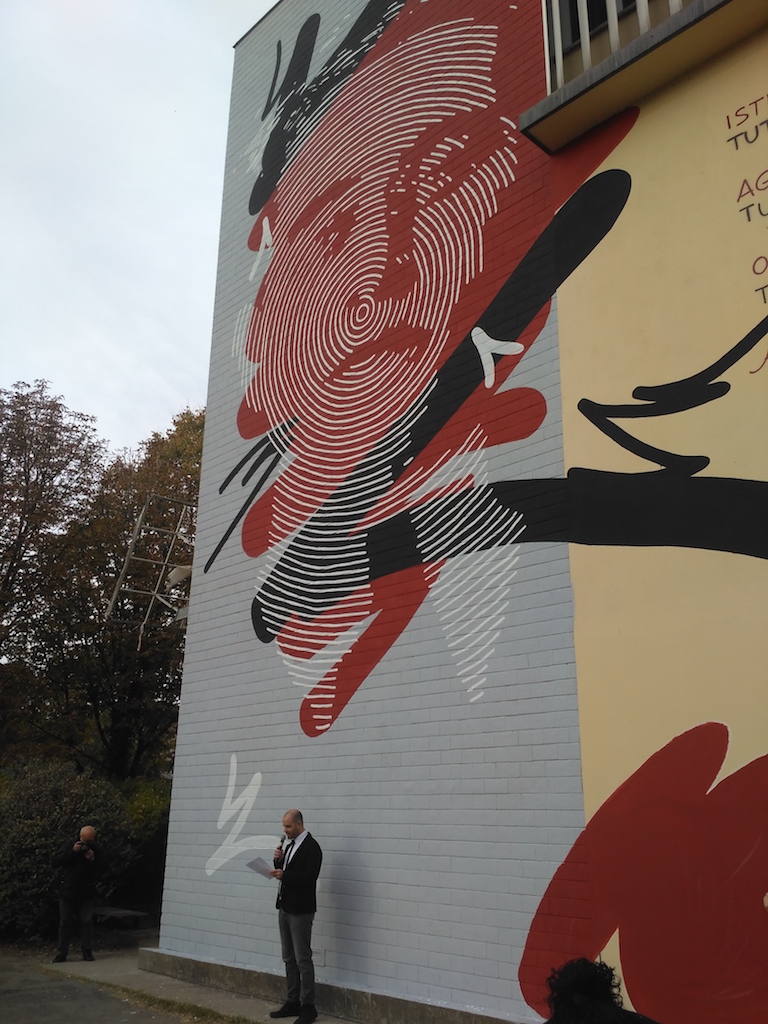 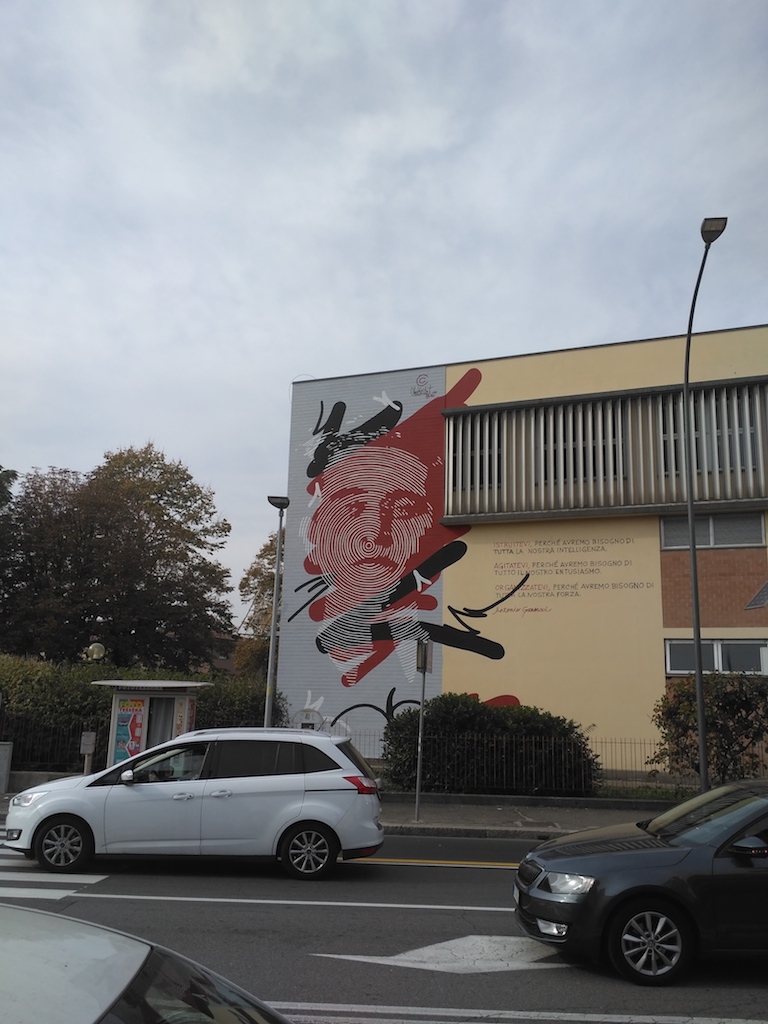