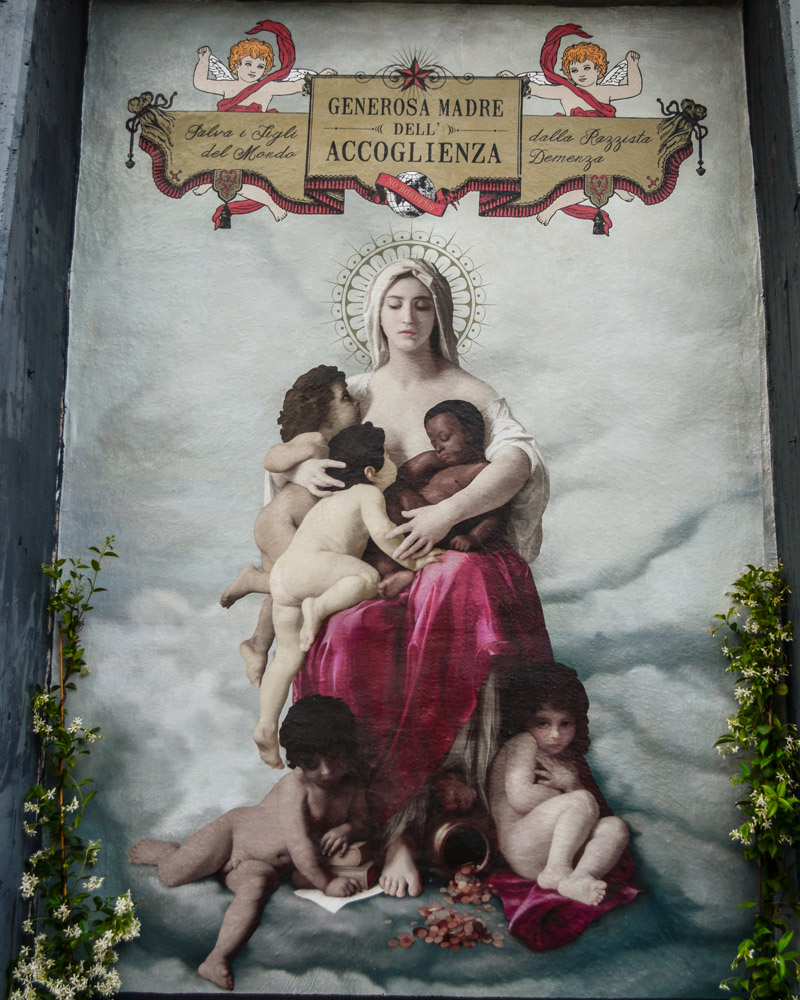 In a place where socializing is considered a cult, there is a neighbourhood  with many cultural and associative entities that is slowly becoming the symbol of reacting to indifference. On Sunday 8 May morning, appeared the “Welcoming Mother”.

The place that welcomed Her, is the cultural center Affabulazione, the neighborhood is the area of western Ostia (Rome), the project for which Ex-Voto, the author, was invited it’s “Urban Area – Open Scene” curated by the association a.DNA. 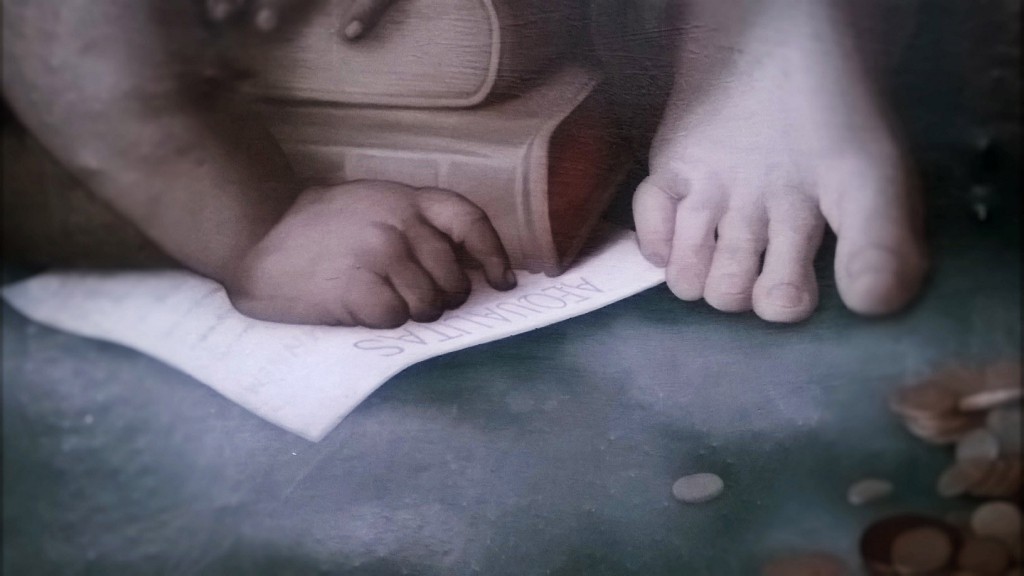 The poster was applied within an architectural frame of Affabulazione structure, 3.30 meters high and 2.30 meters wide, is visible also from the intersection between Corazzata st. and Corso Duca di Genova avenue, where you can see the drooping face of the “Mother” to peep through the hedges of the forecourt. In front of the sea, situated in an area that is going through a historical, politician and very delicate social moment, surrounds herself with an aura full of meanings that go beyond the figure and the iconography used, beyond the mere words of the inscription on the top: “Generous Welcoming Mother – Save the children of the World from the Racist Dementia”. Figures, signs and symbols guide us towards what the author wants to express ourselves in a visual short-circuit that creates a breach in the fruition of the image surface, forcing us to reflect on the different interpretations, seeking the truth. 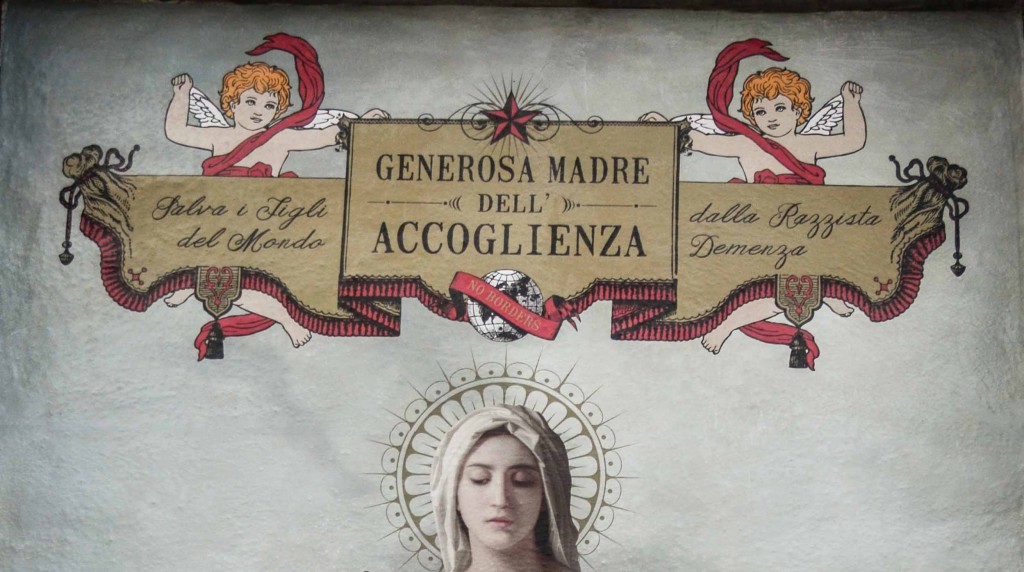 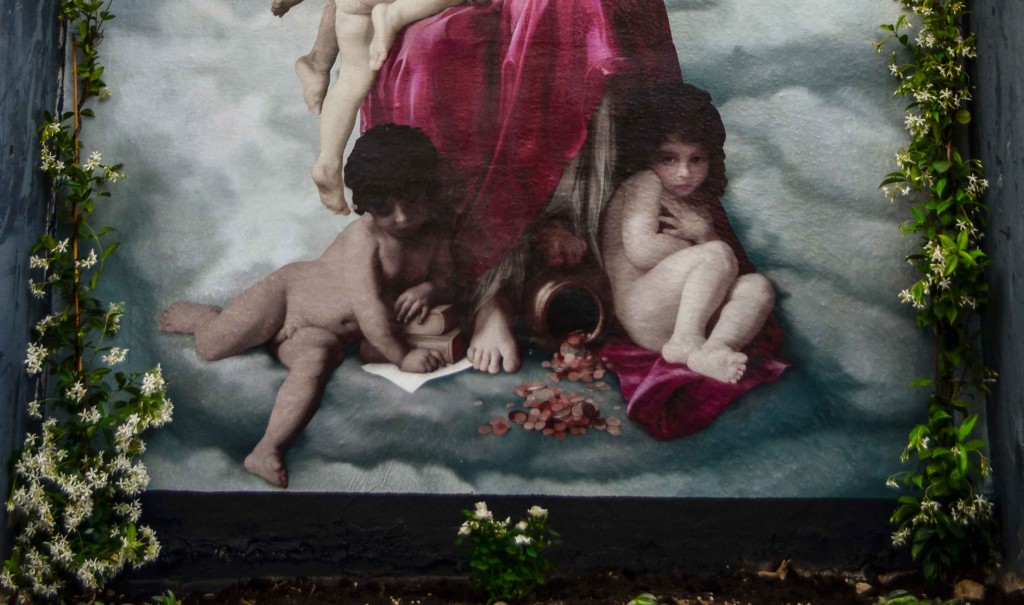 The intervention of Ex-Voto helps to enrich the artistic path that with the project “Urban area – Open Scene” is taking shape of Ostia, from Tetro del Lido to Idroscalo zone. 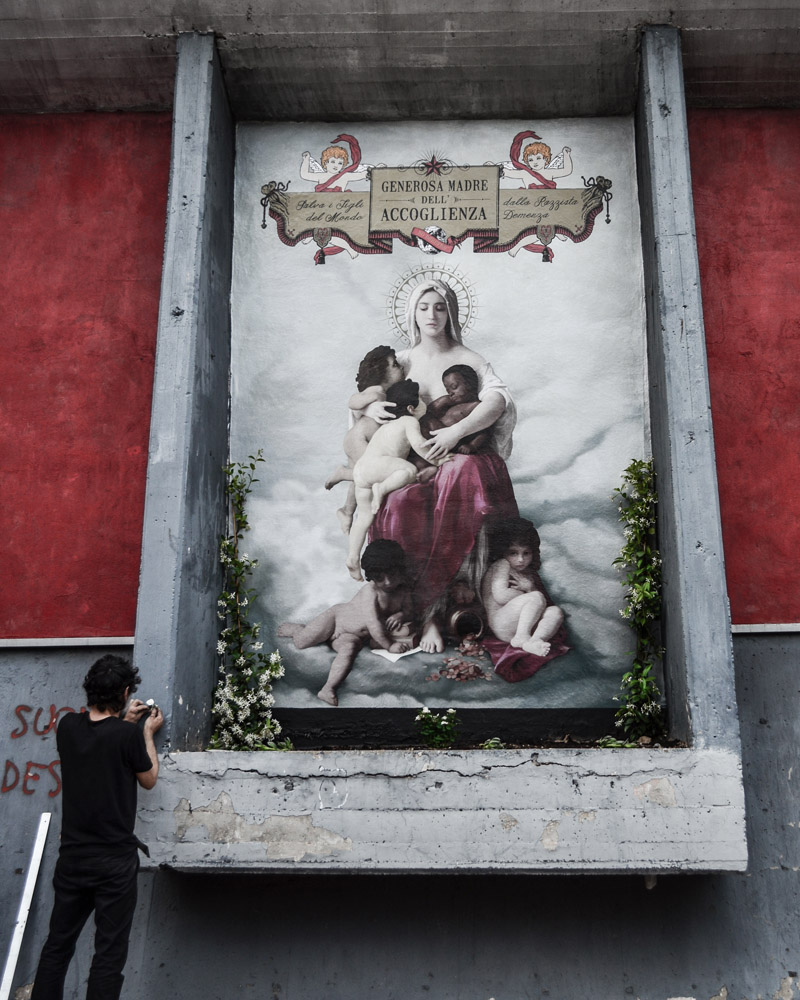 Friday, May 20, at the Teatro del Lido (delle Sirene st. – 22), from 5.30 pm, will be held the event of the end of the photographic and original artworks exhibition. The event will coincide with the end of the first act of the mural work in the neighborhood and launching of the second act that will last until the end of June.
It will be also presented in a limited series of prints of the “Welcoming Mother” signed and stamped by Ex-Voto to self-finance the next artistic incursions of the project, edited by the non-profit “a.DNA” in collaboration with different realities of the territory.