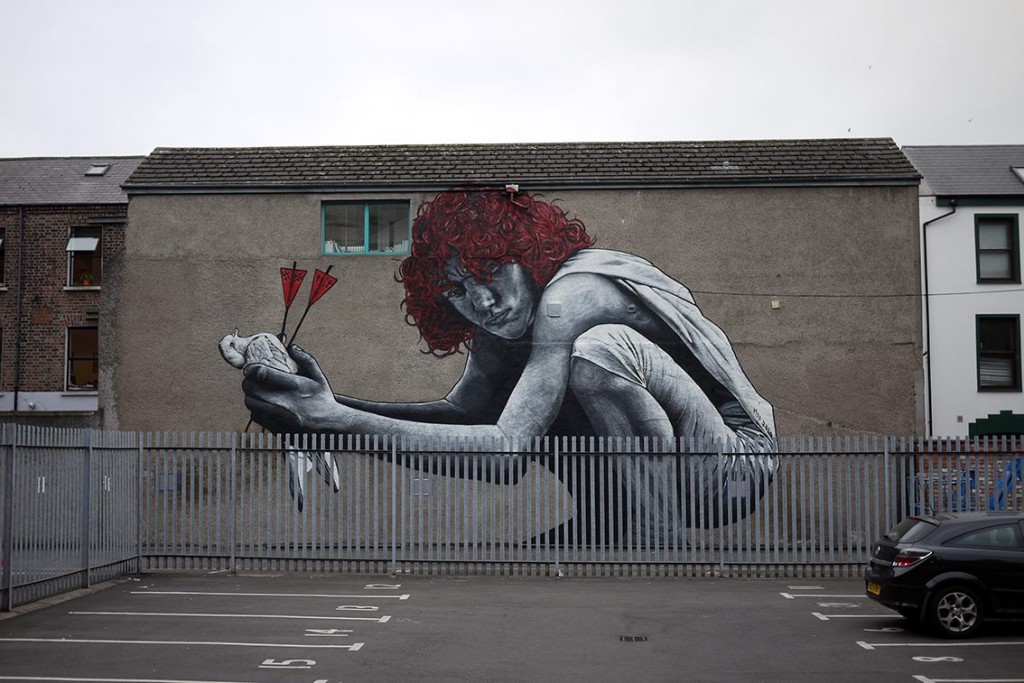 International artist, MTO was in Belfast recently attending the “Hit the north”, Culture night and created this inspirational mural as a way of passing his message to the local community. Titled as ”The son of Protagoras”, MTO, brings some indirect mythology to offer his position on human conflict. A true masterpiece ! Located in the yard of “Northern Ireland War Memorial”, 21 Talbot Street, BELFAST. NORTH IRELAND.
The peace lines or peace walls are a series of border barriers in Northern Ireland that separate Irish nationalist and unionist neighbourhoods. They have been built at urban interface areas in Belfast, Derry, Portadown and elsewhere. The stated purpose of the peace lines is to minimise inter-communal violence between Catholics (most of whom are nationalists who self-identify as Irish) and Protestants (most of whom are unionists who self-identify as British).

Protagoras was a proponent of agnosticism. he wrote: “Concerning the gods, I have no means of knowing whether they exist or not or of what sort they may be, because of the obscurity of the subject, and the brevity of human life.” 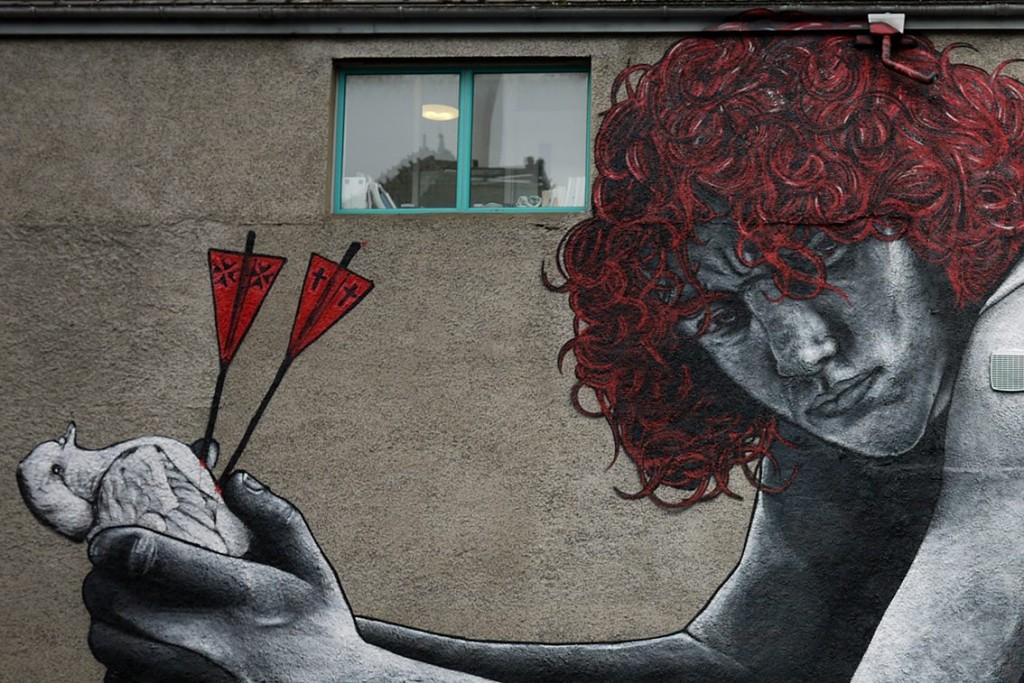 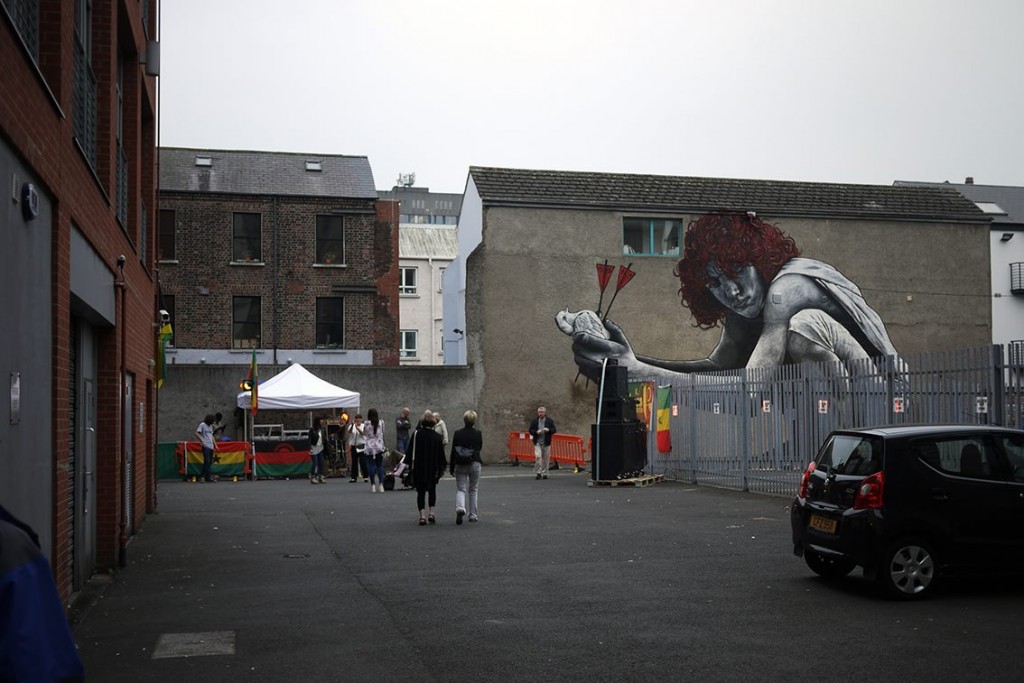 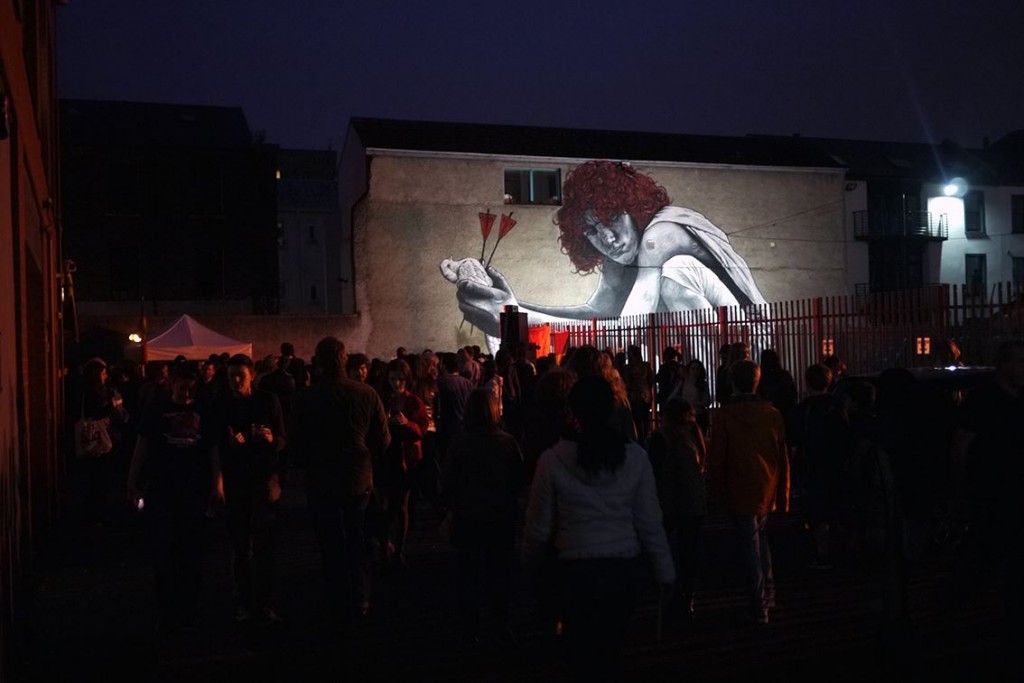