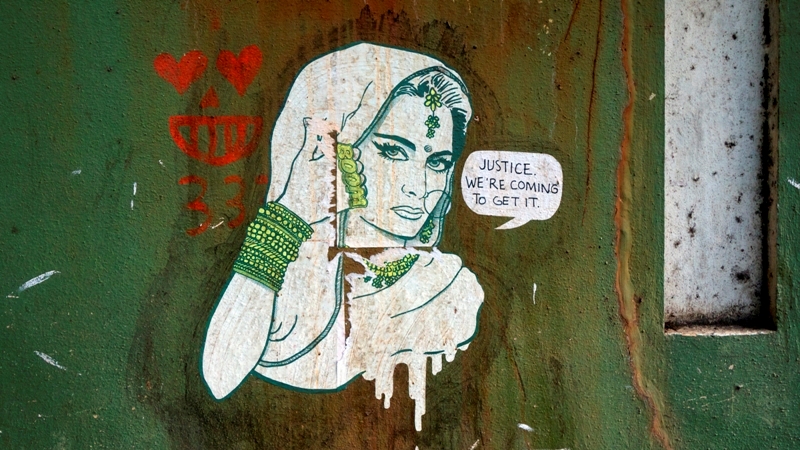 Street Artist Jas, created her immediately after the fatal gang rape in Delhi that took place in Dec 2012 that triggered an enormous reaction across India and the world. India came out to the streets like never before and protested for a month. Jas has seen so many women on the news saying they’ve had enough of being mistreated (hence the artwork title Don’t Mess With Me). The men were equally outraged.

The Pink Lady has received a lot of coverage and continues to do so. Public Radio International in Boston came to India last year and interviewed Jas about her. The same interview was playing on NPR not too long ago! 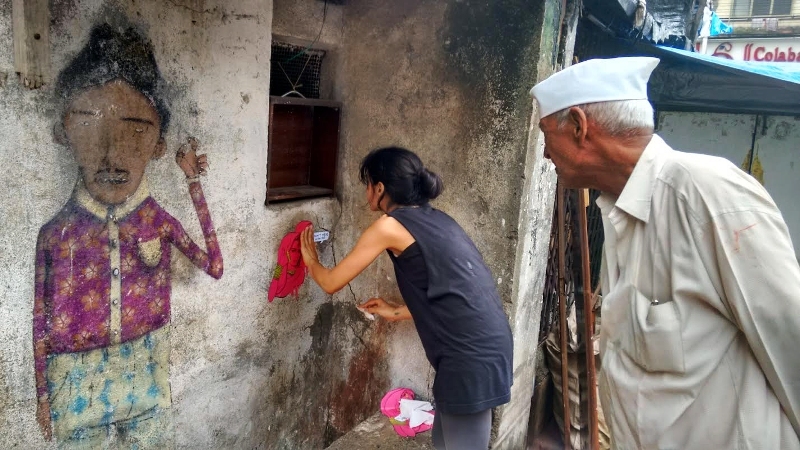 She is currently planning to do something with even more impact on the street with The Pink Lady. 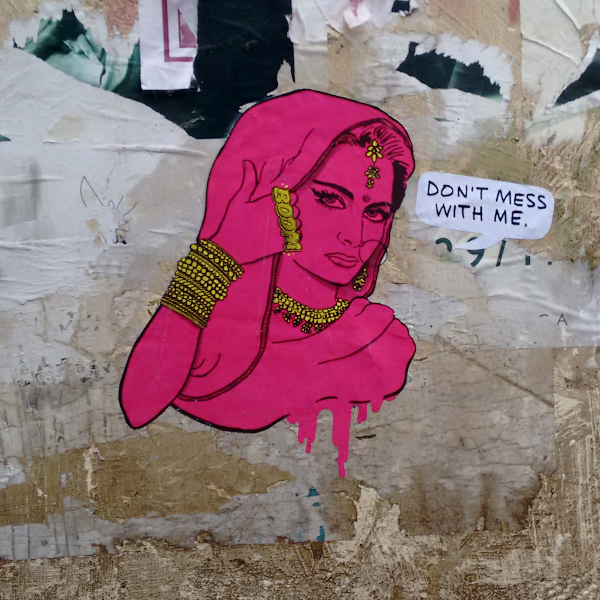 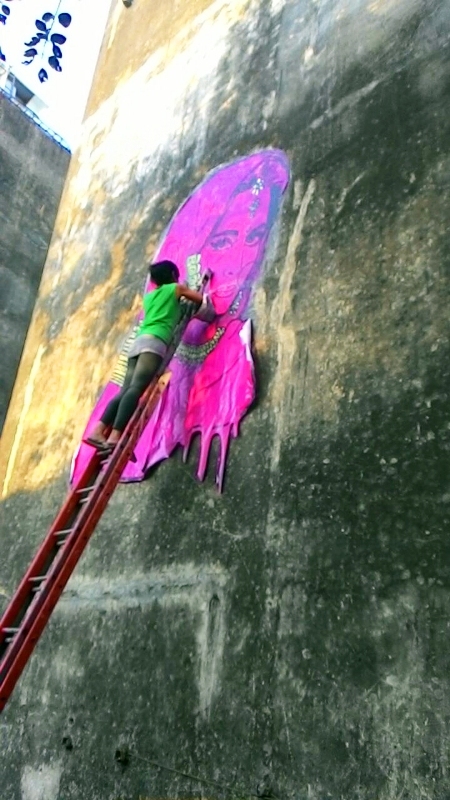 Here’s one of the articles on Jas that dives into her background.
https://www.kultureshop.in/blog/2014/10/29/art-has-the-power-to-create-change-jas-charanjiva/ 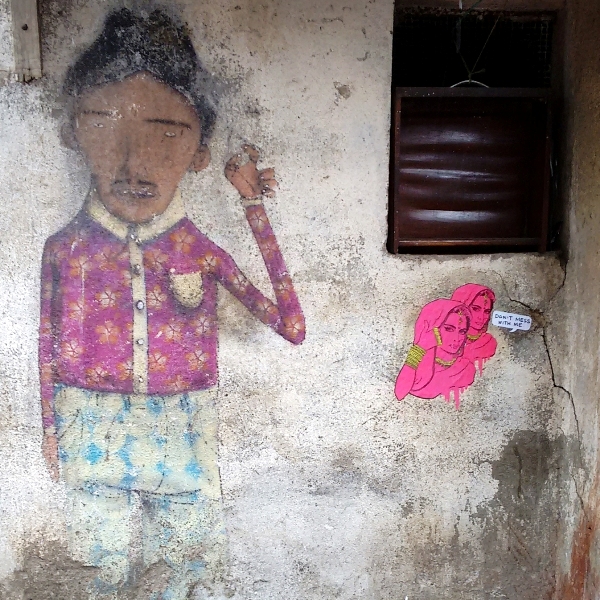