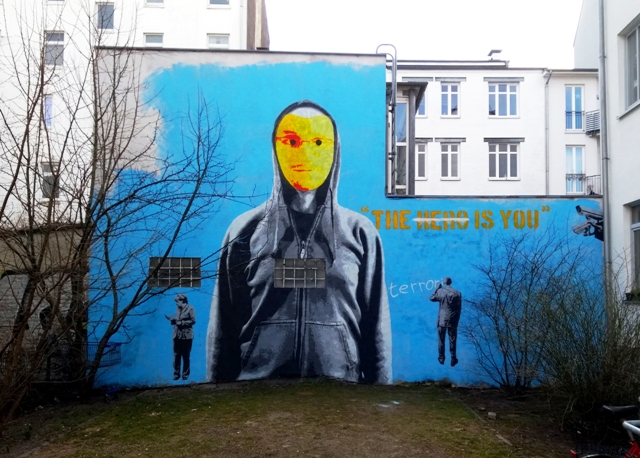 The mural shows a large figure wearing a golden mask depicting the face of Edward Snowden. To the right is a quote by ES: “The hero is you”. However, the word “hero” is crossed out by a figure resembling Barak Obama who is replacing it with the word “terrori..”. To the left of the figure stands German Chancellor Angela Merkel busy with her cell phone. 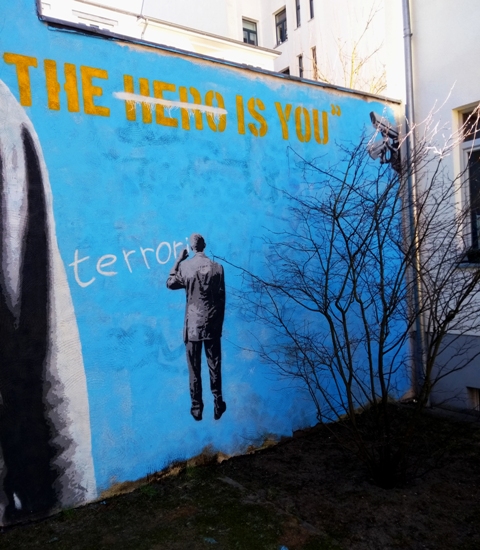 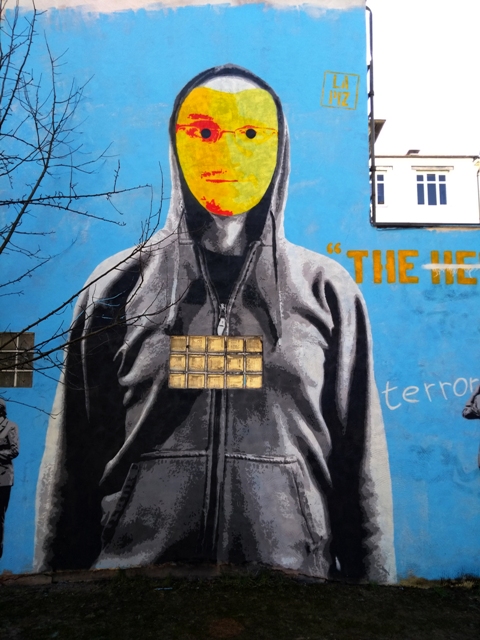 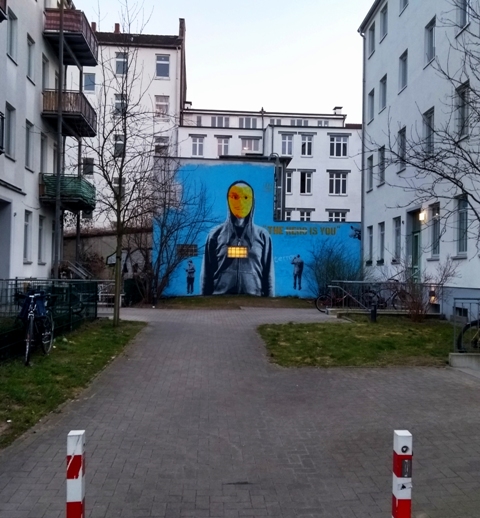 In the general public, Edward Snowden, the NSA-whistle blower, is highly regarded as he revealed to what extend we are spied upon, how our every move, email and action is recorded – even including foreign heads of state. However, in his own words, he is not a hero, instead he acted because of his moral believes and insists that everyone can be a “hero” and do the right thing. For the government, however, he is a traitor, that should be jailed for life. And for the Merkel? Even though her cell phone was bugged she did not respond to an asylum seeking Snowden, instead pretending to have nothing to do with all of this.