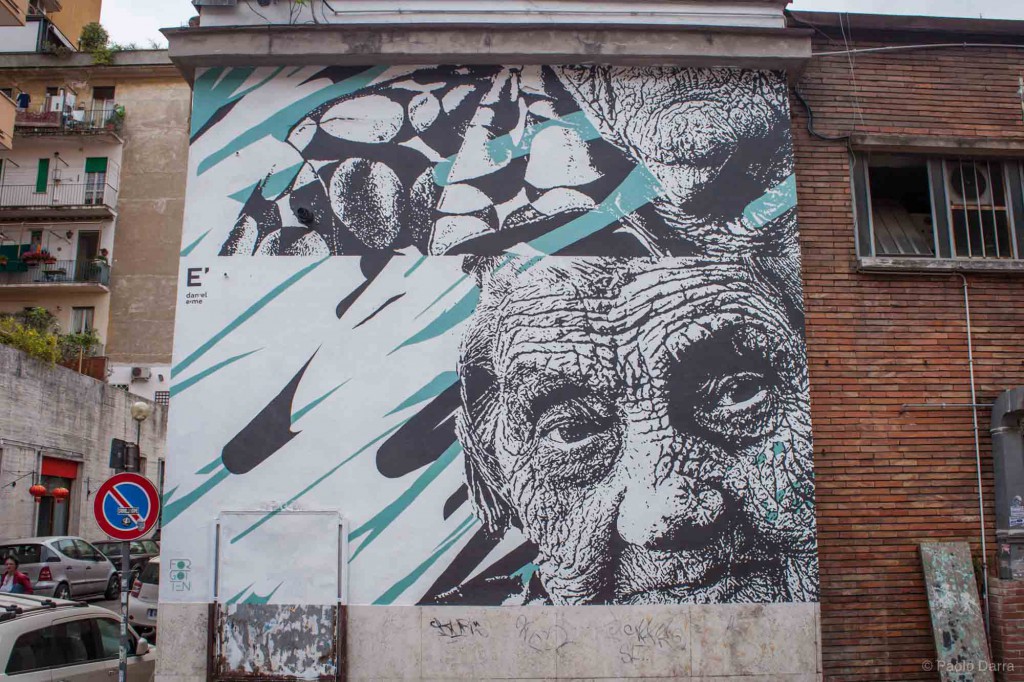 On Saturday, April 9, the first urban intervention was presented by the Portuguese artist Daniel Eime in Rome. The title refers to an expression much used in public street markets and at the same time the technique and the composition of the wall. “Cut” represents an elderly vendor, with which Daniel Eime wanted to pay homage to market sellers.

The presentation was the culmination of an organized morning together with the operators of the market and MF2. Together with a bike ride to discover forgotten buildings in the Flaminio district organized by Open House Rome and Riciclofficina Olympic Village. 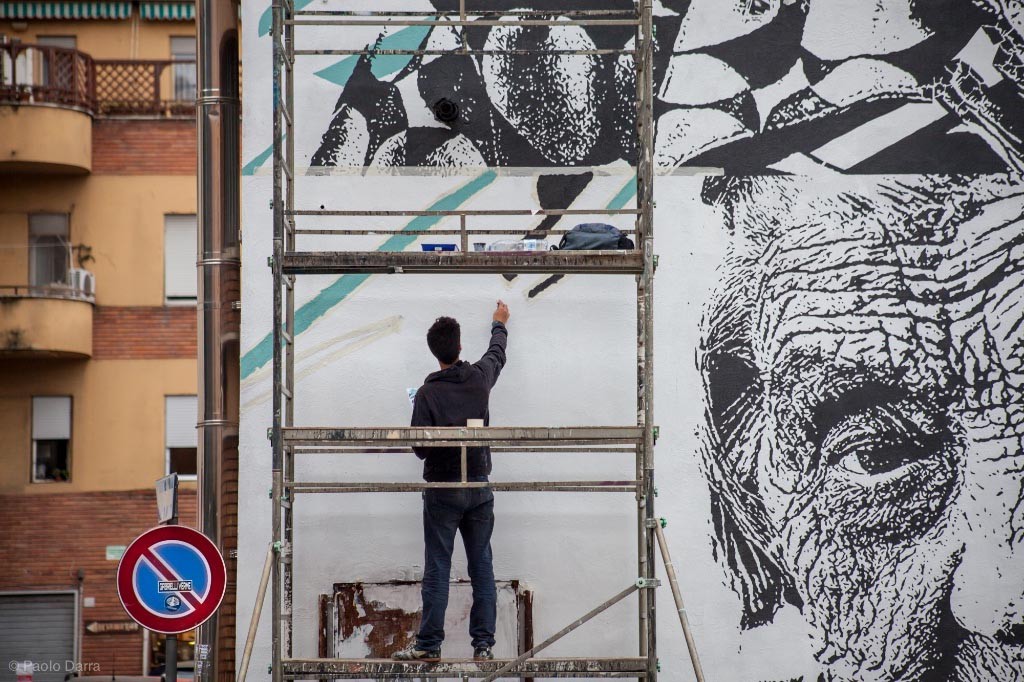 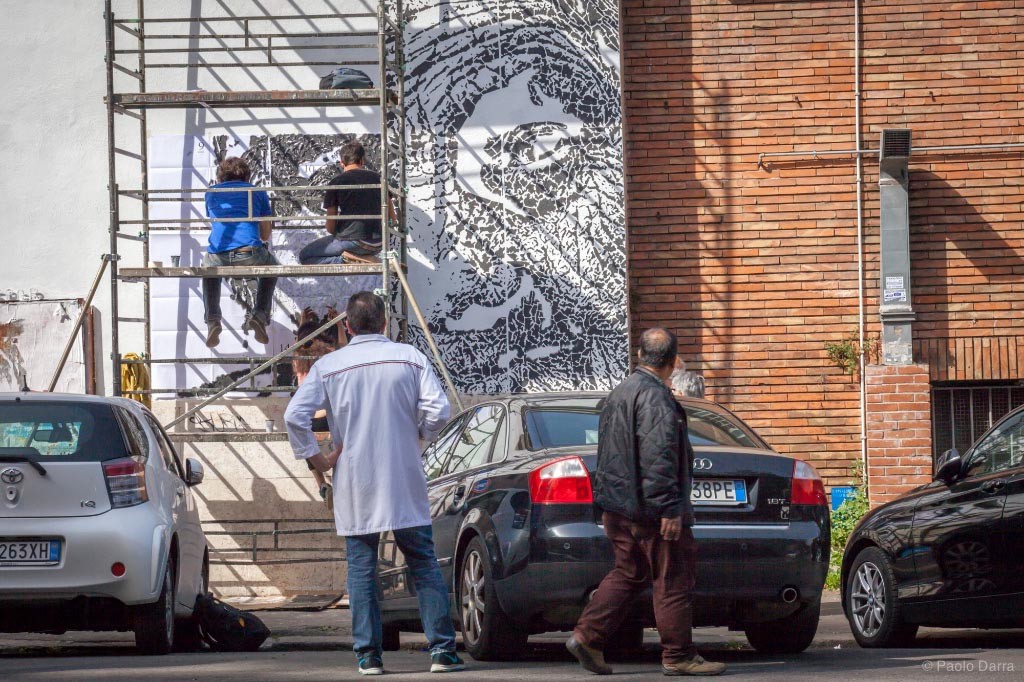 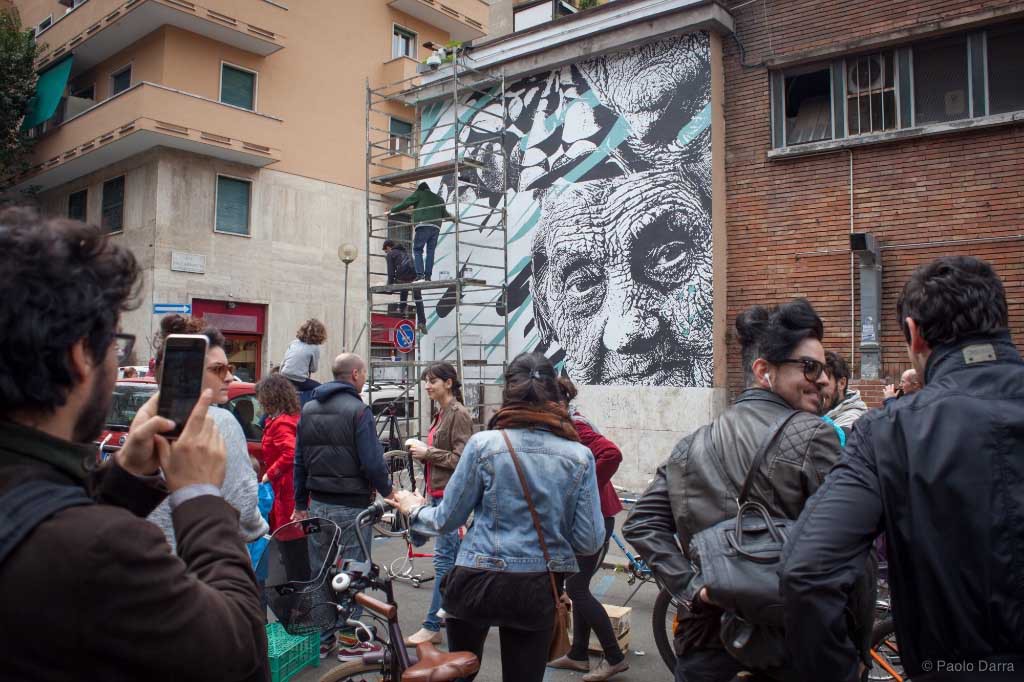 The chosen building was the market Guido Reni, example of a structure with high potential to be well suited to an advanced functional model of the market.

The goal of the last Forgotten intervention was to underline the importance of the market as a place for socializing through aggregation spaces (squares, hot spots), as well as new business dynamics that could ensue (libraries, workshops, etc. etc), it could regenerate as has already happened in several European cities. 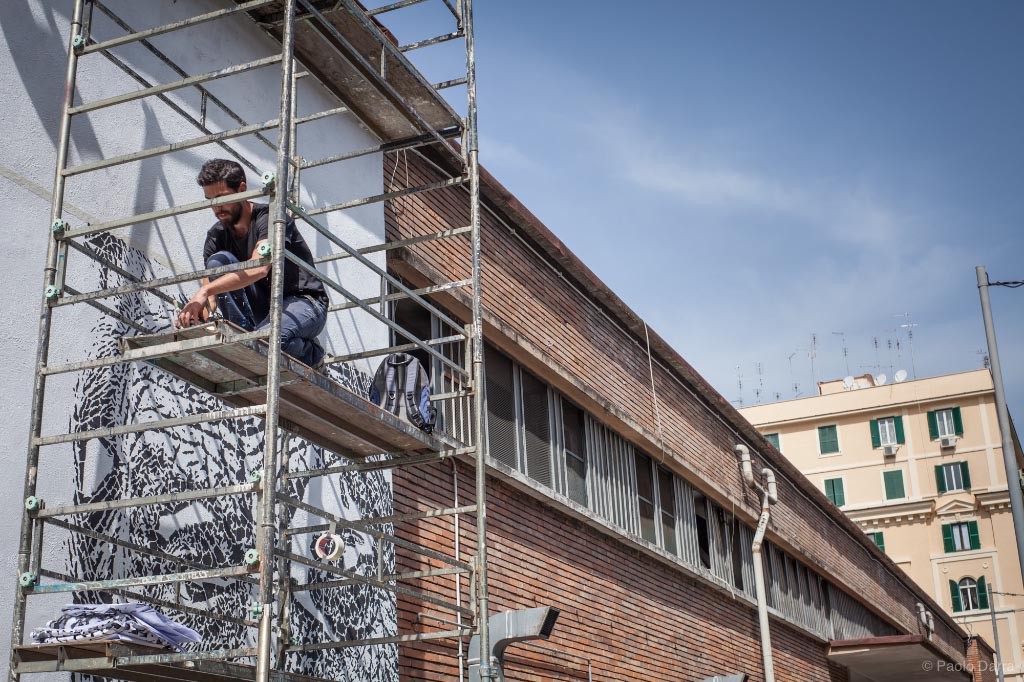 L ‘ action concludes the first edition that will be told from April 14 to May 15 at the MACRO Testaccio , in the exhibition Forgotten … (THE EXHIBITION)

Forgotten is an urban project which aims to emphasize some buildings of Rome that , for reasons related to the times , have lost their social and functional importance and might therefore be forgotten despite their central location .