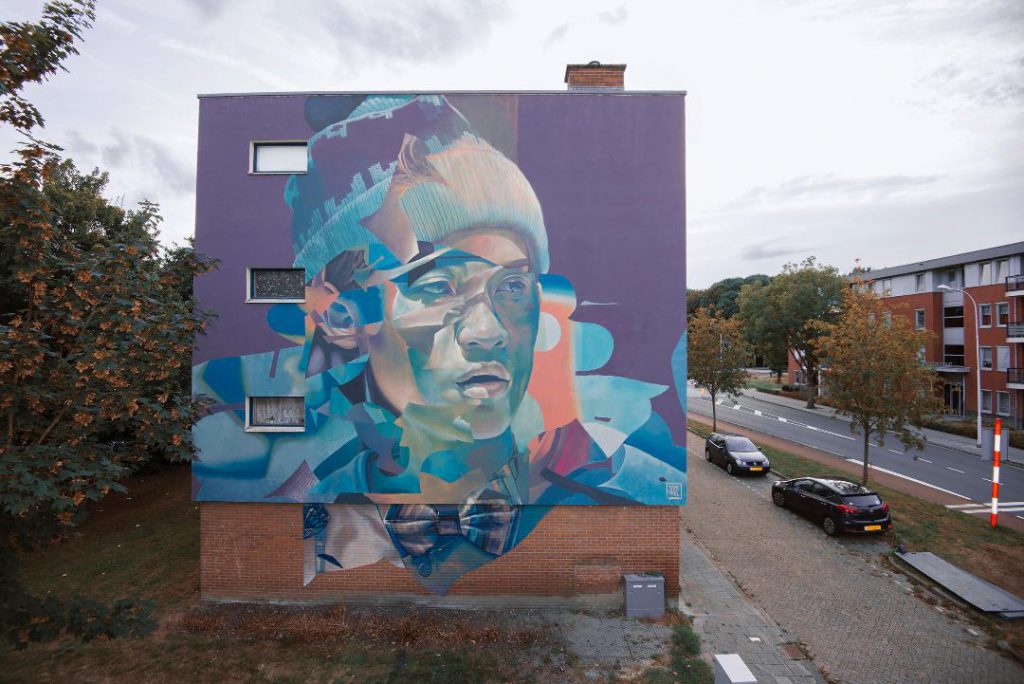 Here is the last mural Telmo & Miel painted for Mural Goes in Holland. The mural is titled ‘who?’ and hopefully the locals will get to love it.

The artists explain in their own words that inspired the artwork:

‘’ People walking bye were very interested to know who we were painting. It became a topic, questions back and forth.
Actually we painted an unknown figure compiled out of several, to create someone somewhat anonymous. Painting
unknown figures forces the viewer to look at other things a bit. Rather then just recognizing the person, in this form it  can hopefully initiate further thought. Or at least the appreciation has to come from something else in this case, which  is pleasing to us if achieved. 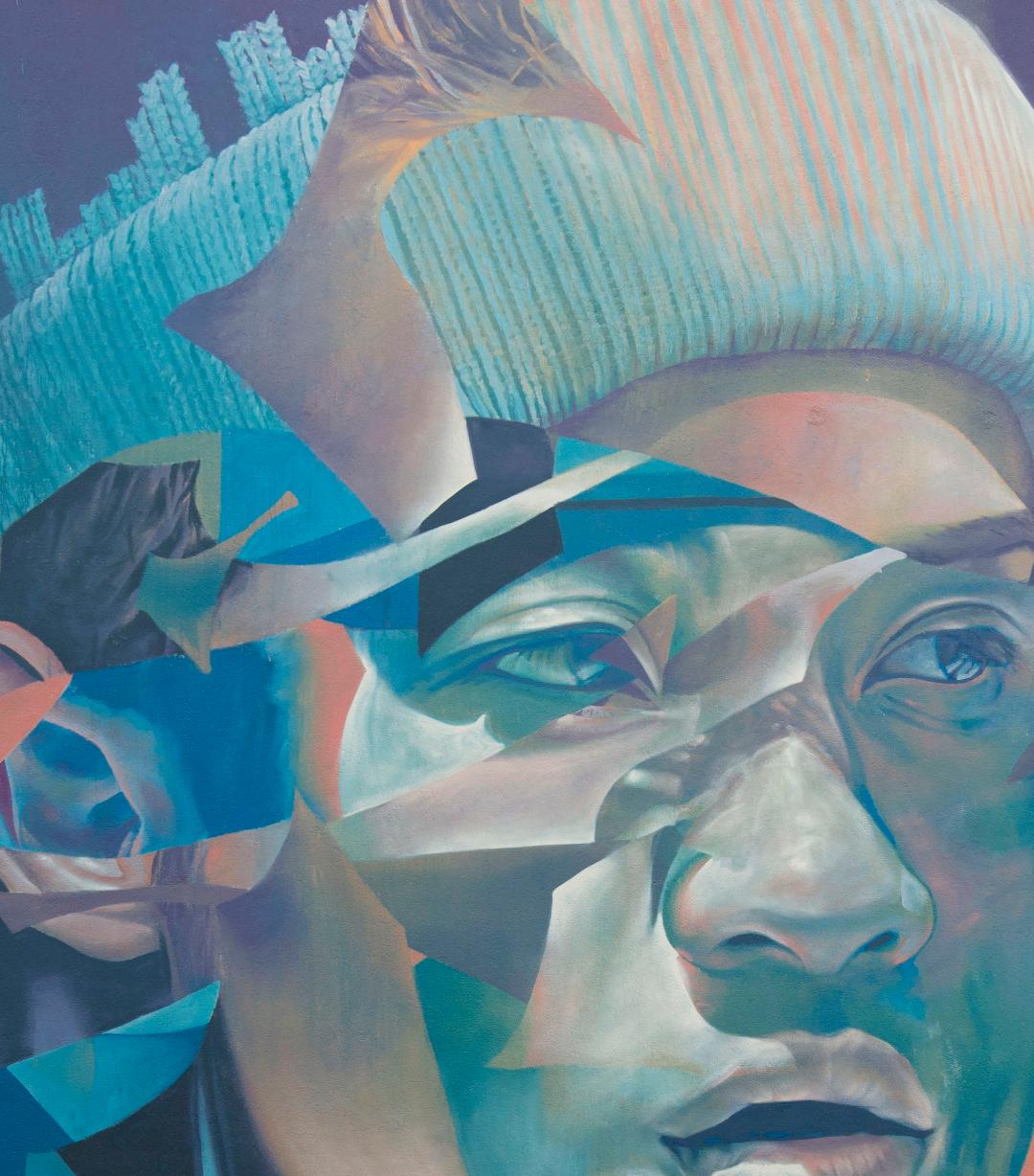 Sometimes it’s weird to think that every life is as substantial as the other, because we’re so involved in our own things.  People walking bye on a daily base are kind of a hollow facade, a sort of background characters in your own Truman show. Only because they are unknown to you.

The same type of growth happens with a painting. First it’s new, it’s exciting and frightening at the same time. Afterwards comes the settlement in which you kind of know what you’re dealing with. Followed by it being loved or rejected, or just accepted.

Hopefully this portrait will be loved by the inhabitants of Goes.” 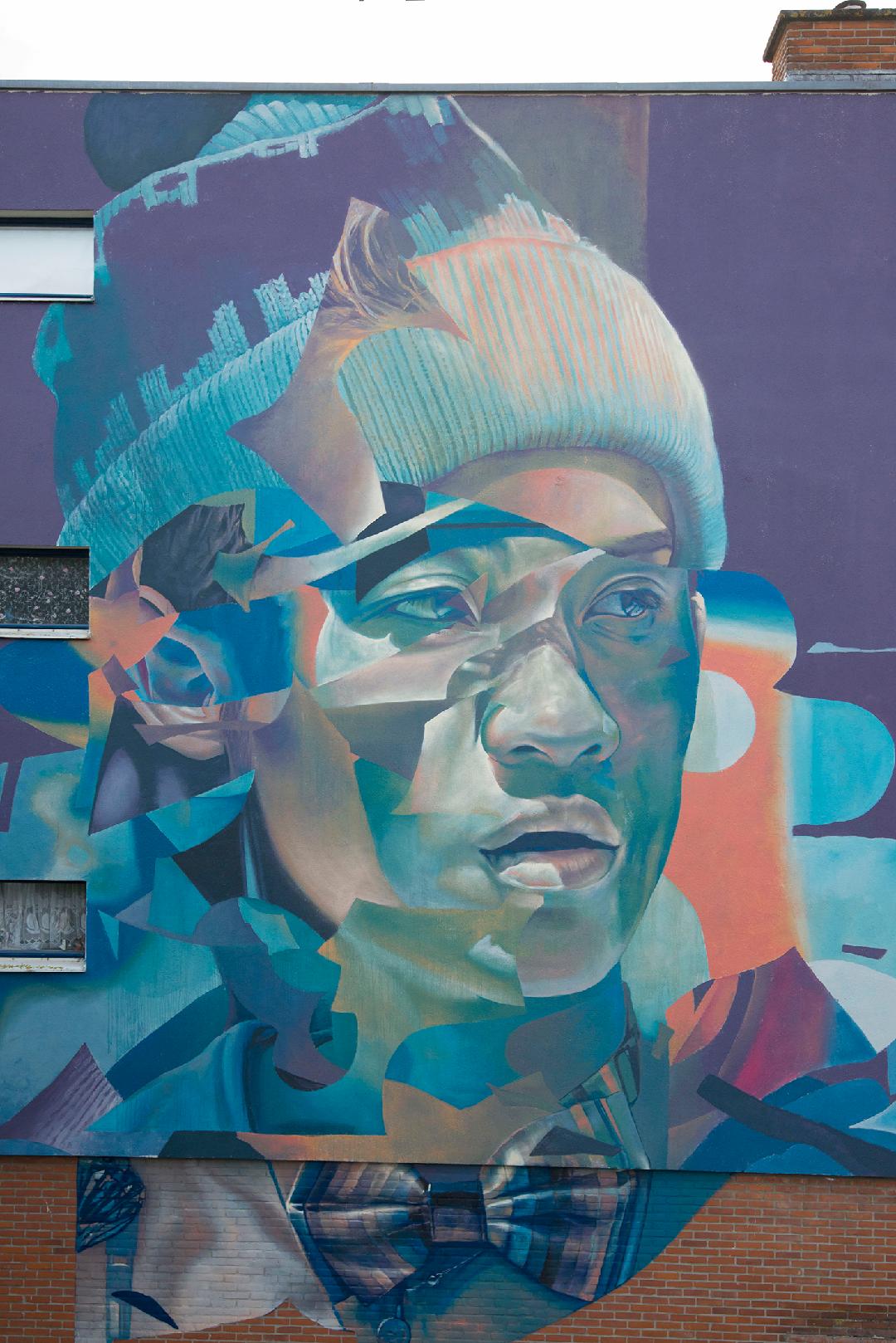 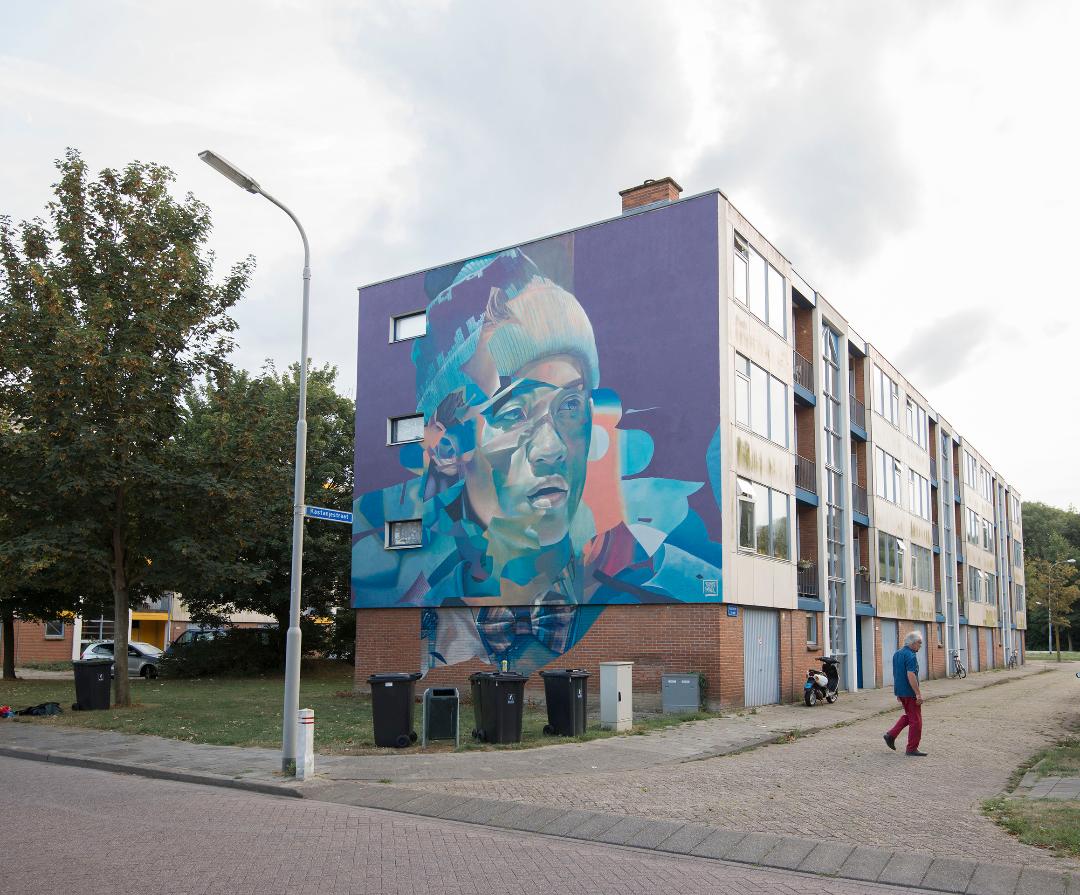