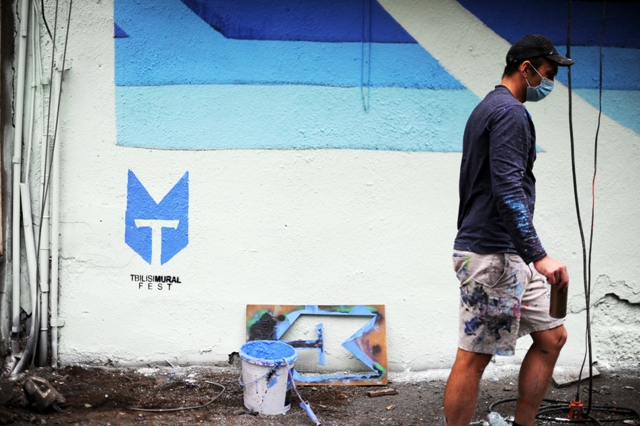 Special Report: In the shortest time since its establishment three years ago, Tbilisi Mural Fest has significantly changed the urban environment in Georgia and has unveiled quite important works of the world street art scene. Majority of them are known to mural and street art lovers, they are mentioned among the best works in selections by various street art platforms and magazines. Since the establishment of this festival, Tbilisi – a city little known to the street art world, has become one of the most fascinating locations. Numerous large-scale works have been created by prominent artists such as Faith47, Case Maclaim, 1010, Monkeybird, Artez, JDL, Innerfields, El Bocho and many others from all over the world – ranging from stencils to abstract murals. We asked a few questions to the founder of the festival, artist Besik Maziashvili. 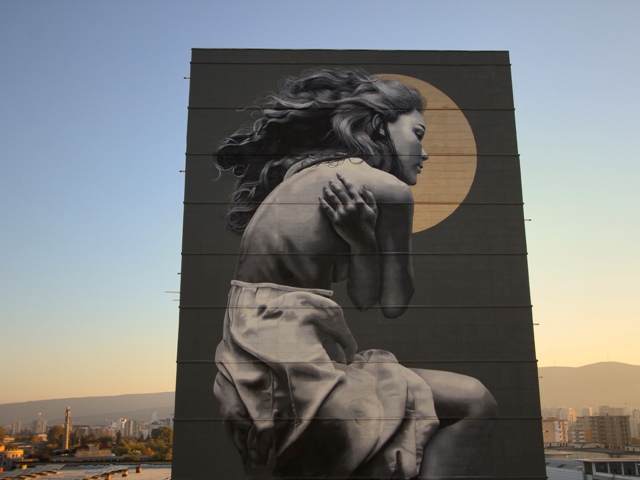 What was the most important thing that Tbilisi Mural Fest changed in the city?

I think the most important thing we have changed is the community’s approach to large-scale works in public space. Not so long ago, Georgia was part of the Soviet Union, and monumental art was an integral part of systemic propaganda. It was deeply rooted in the minds of the elder generations, and we were often asked questions such as “Who is it you’re painting?” or “For what merit is the person painted in public space?” Street Art is now gaining a foothold in Georgia, and it was essential to show this difference clearly. It was crucial to communicate that the artist might be expressing protest, certain messages regarding social matters or simply painting complete strangers who have become their source of inspiration. Today we hardly ever encounter these questions, which I consider to be an accomplishment. The essential role was conducted by the stunning works, which excited even the greatest critics. 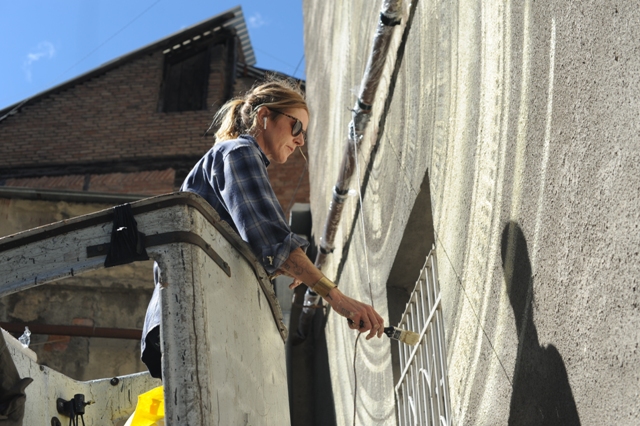 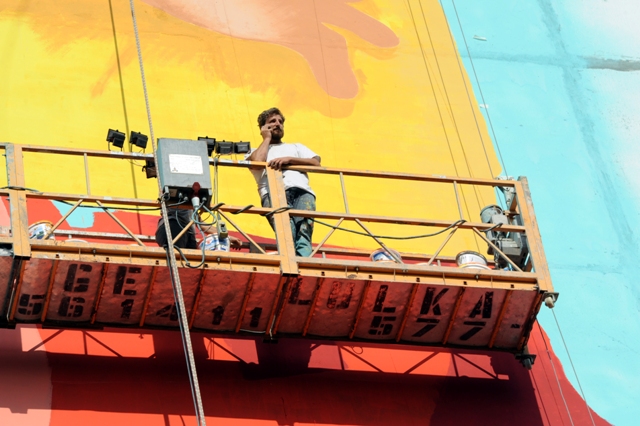 Tbilisi Mural Fest has gradually introduced a few Georgian artists too – do you see it as an important task?

We introduced some great Georgian artists, such as Dante, Musya, Luka Japaridze, V45, Kade90 and David Samkharadze alongside their famous colleagues in the line-up, to enable new artistic friendships, perspectives, and for the experience transfer to happen.

We offered stimulus and inspiration to the young and talented artists by entering academic spaces – students were overjoyed to participate in workshops at the coveted State Art Academy, to observe the work in process on its façade, or the making of murals of the new Kutaisi University of Technology.

Monkey Bird Crew in Action from 2021

What was the reason for your festival’s rapid success?

The reason for our team’s success is the love for what we do. And by the team I certainly don’t only mean the artists and the organizing group, but the involvement of the city, our partners and supporters.

Are you planning a festival in 2022 as well? And if so, whose works will we see in Tbilisi this time?

Certainly, we plan for the festival to happen in September as usual and add another eight to ten large and medium-sized works in different districts of Tbilisi. I will refrain from naming a line-up for the time being and will keep it as a suspense.

Good luck and we all look forward to the 2022 Murals with great interest.