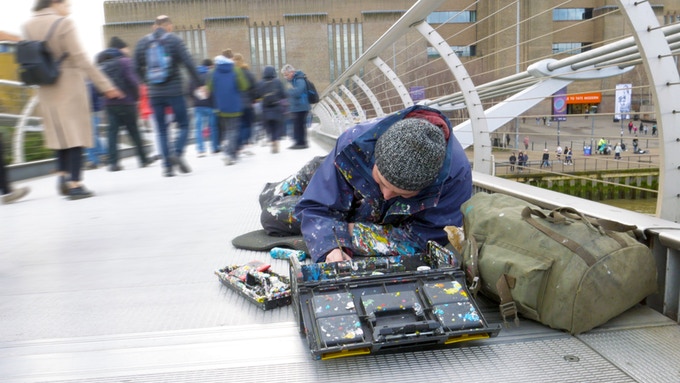 Ben Wilson, AKA The Chewing Gum Man, is an artist famous for his beautiful miniature paintings on chewing gum – and we believe his work deserves a book (or in time, a series of books!). Ben’s work sits outside the gallery space and in the public domain, and it’s there for everyone. Ben’s chewing gum picture trail, that runs from St. Paul’s, across the Millennium Bridge and into the Tate, has particularly piqued the interests of London’s many visitors – and it’s this which we want to celebrate with the book: Ben Wilson – The Millennium Bridge Gum Trail.

Ben’s art evolves out of the environment and the encounters he has with various people from all over the world, within that environment. They stop to observe, curious as to why he is lying on the ground painting. Some ask questions, “what are you doing?”, “why are you doing that?”. Ben is happy to chat and explain what he is doing, and why – and one of those reasons is to give a little space back to people in an environment dominated by advertising and other messaging that we have no say over. Often people come around to telling Ben their own story and ask him if he’ll paint a picture for them. They’re all carrying thoughts, burdens, mysteries, hopes – which Ben transforms to leave a long-lasting mark of remembrance or celebration on a meticulously worked chewing gum splat. And why chewing gum? Ben wants to turn a thoughtless action, something that is casually spat out and trodden into the ground, into a thoughtful one. Ben’s work sits in the public domain like few other artists; if you were to visit his Millennium Bridge gallery it might take more than a day to take in the 600+ of his paintings – the accident of shape, environment and the thoughts of hundreds of passers-by, brought together and translated into miniature art works. 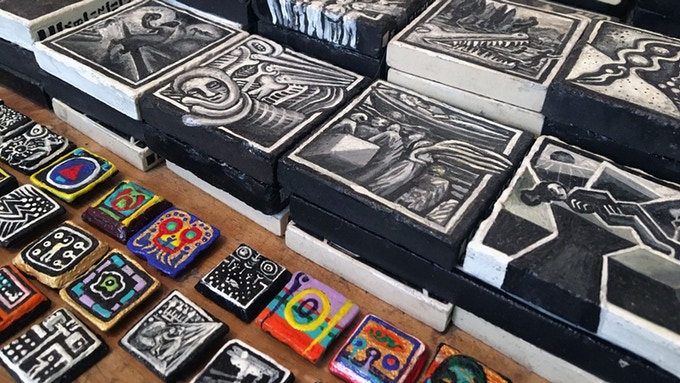 Ben is an activist, beyond the legalities governing painting within a public space (the chewing gums remain under the ownership of the people who spat them out), he’s also been discretely placing his art works within the Tate Modern. Gallery spaces worldwide define what is, and isn’t, accepted and recognised as art – what belongs and what doesn’t. Ben believes his work has just as much a right to be in these curated spaces, as anywhere else and has been dodging the Tate’s security guards for many years. While some are removed, there are still many of Ben’s miniature artworks in the Tate Modern – waiting to be discovered. Ben celebrates creative thinking and our right to create. 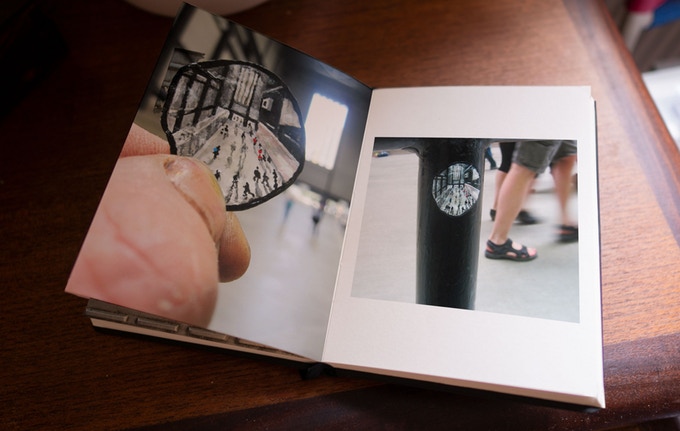 As Ben’s work is for everyone, we thought it made sense to reach out and crowdfund his book. Ben wants all his work to be accessible and inclusive – so we’re producing a 96-page A6 paperback which you can purchase for just £5 plus postage. To help fund the project we’re also going to produce a special hardback, in a limited edition of 250, which Ben will sign and number with a personal dedication, which you’ll be able to purchase for £30. There’s no way that we can fit all 600+ paintings in the book, and we’re working with Ben to bring together a representative selection of the works into print. The book will also contain an introduction and other short texts. If we meet our target – in the following two months we will finalise the design with Ben, and send it to print. Books will be ready October/November this year and make a fantastic souvenir for visitors, a special book for art lovers, or unique Christmas present. 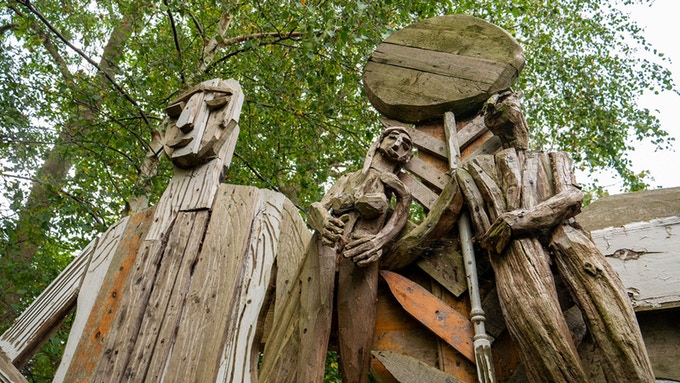 Ben’s work isn’t all in miniature – his life-long work as an artist has produced a huge and diverse range of other environmental work including giant wood sculptures and intricate black and white diary tiles. While the majority of this work is in the UK, his work can also be found internationally in countries including USA, Finland, Germany, Norway, Serbia, Portugal, France, Belgium and Holland. If we’re successful with this Kickstarter, we hope to feature some of this work in additional books in the future. 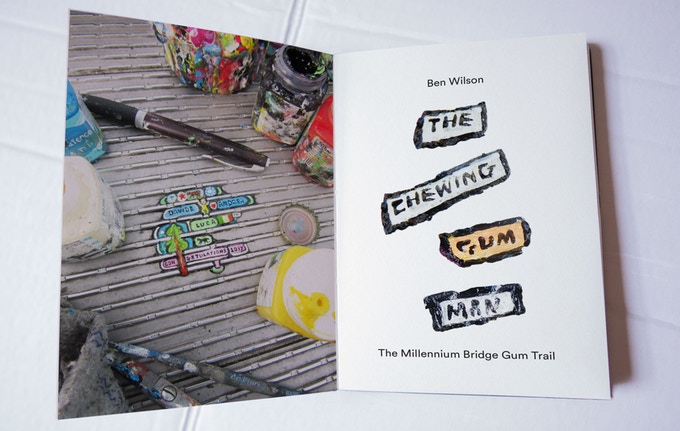 David and Luciane successfully funded their hyperlocal magazine Village Raw through Kickstarter and have just printed issue number 7. While less than a year old, the magazine featured on a MagCulture panel discussion alongside Time Out, Courier and The South London Journal. They founded Studio Moe in 2015 to explore possibilities within visual communication. They will soon be publishing a second magazine – more news on that soon!

Gill Evans has worked for nearly 40 years in book publishing as an editor, editorial director and publisher and is now a freelance publishing consultant.

Risks and challenges
As long as we make our target, you will receive your order.