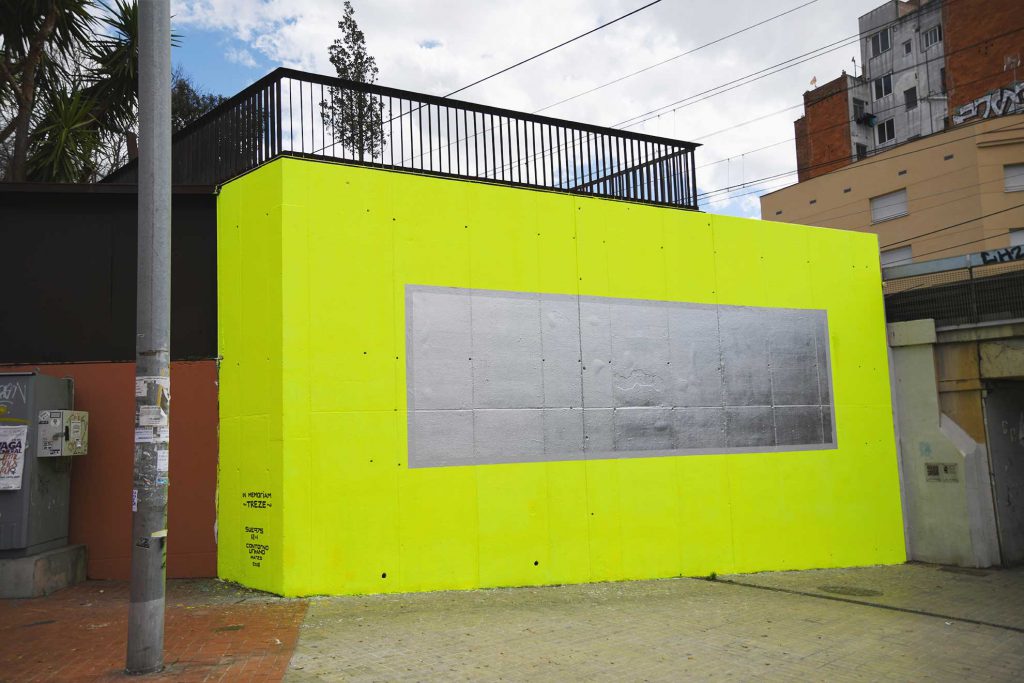 Spanish artist Sue975 was invited to create a new wall for the Proyecto 12+1 in l’Hospitalet de Llobregat in Barcelona.  Sue975 who is originally from Madrid, is one of the pioneers of abstraction in Spanish urban art.Since his origins as a graffiti writer in its purest sense, he has been developing a personal language that has gone through different branches of geometric abstraction to lead to a vision of its own, and strongly linked to the essence of urban art, the principles of post-minimalism. 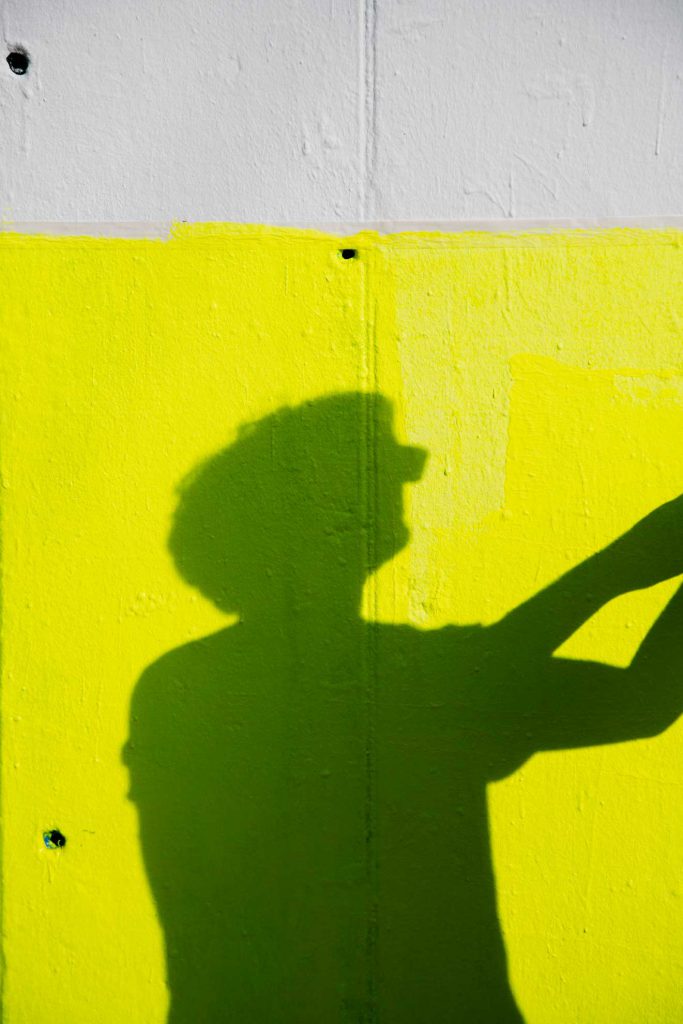 He recently participated in the Urvanity contemporary art fair with an installation of nine large volumes of
collapsed cement in which he paid homage to urban art and criticize the present.

In “Naturaleza interurbana” (Interurban Naturehood), his last solo exhibition at the Tomás y Valiente Art Center
in Madrid, the artist carried out research on the plastic substances that make up urban art, such as cement,
paint or asphalt. In “Concrete over 10.000m2” he developed one of his most original proposals, 10,000 square
meters of space where he intervened in more than 25 pieces of concrete of various sizes. The intervention
ended with a guided tour under the umbrella of Swinton Gallery. 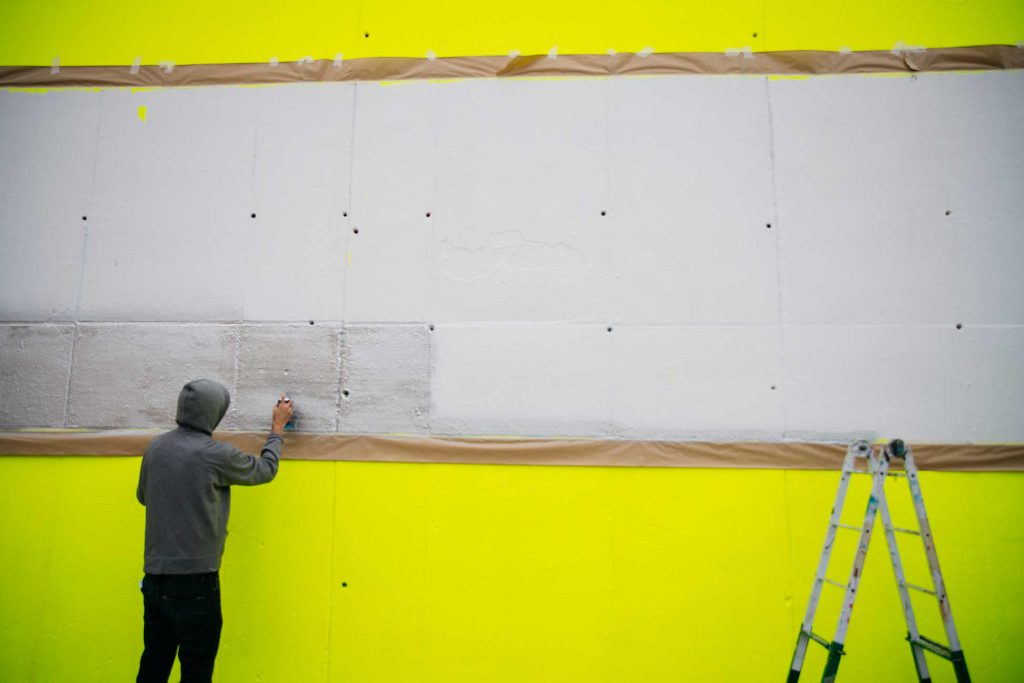 He has received several awards and has been selected in various urban art competitions, always contributing
with a personal vision closer to installation languages than to large mural productions. He has also given lectures and written articles on urban art theory and artistic appropriation.

The artist has prepared for the 12 + 1 project a mural piece that aims to be a light study of the wall. A work
created with fluorescent, silver and reflective and which result will be a series of photographs where the
different luminous forms of the wall will be registered.
“This wall excites me, that’s why I want to photograph it many times. To portray it, in different light conditions”. 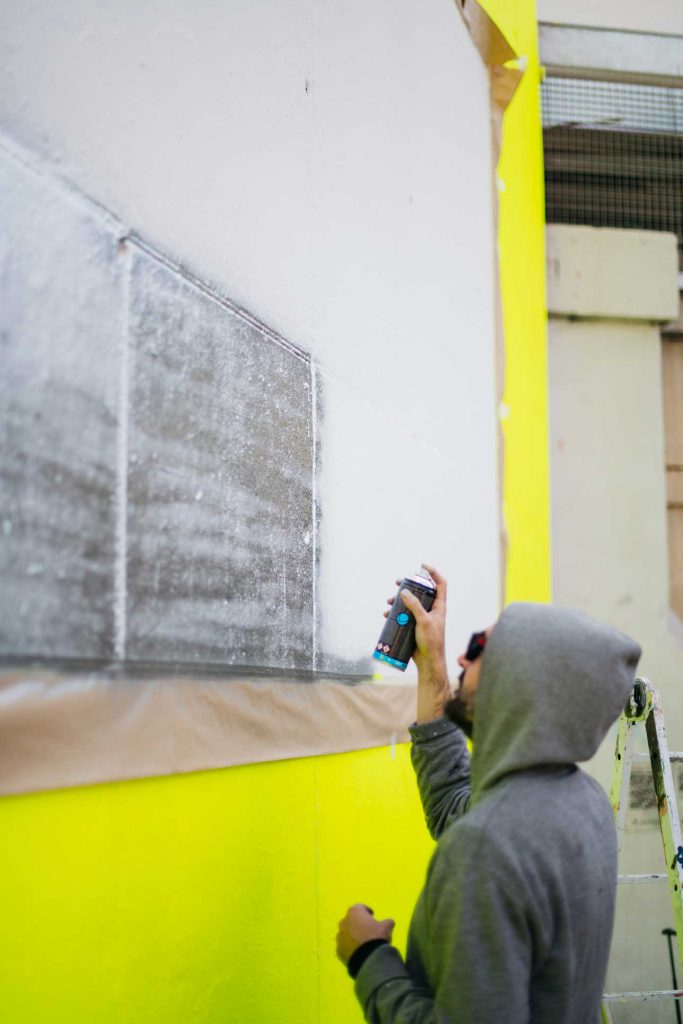 Project 12+1:
12+1 is a proposal put forward by Contorno Urbano:
12 artists, 12 months, one 50 square metre wall, one artistic intervention per month and one final exhibition, presenting
each of the artists’ unique work.
12+1 is an open-air art gallery, one which changes each month.
A unique vision which problematizes the way we exhibit urban art, and the place of these artworks in the city.
The project aims to create a space for open dialogue in the city with the highest population density in Europe, in an area
which sees over 7000 passers-by each day.
You can find the wall at Calle Rosalía de Castro, just opposite to the L1 metro exit for Torrassa, in L’Hospitalet de
Llobregat, Barcelona. 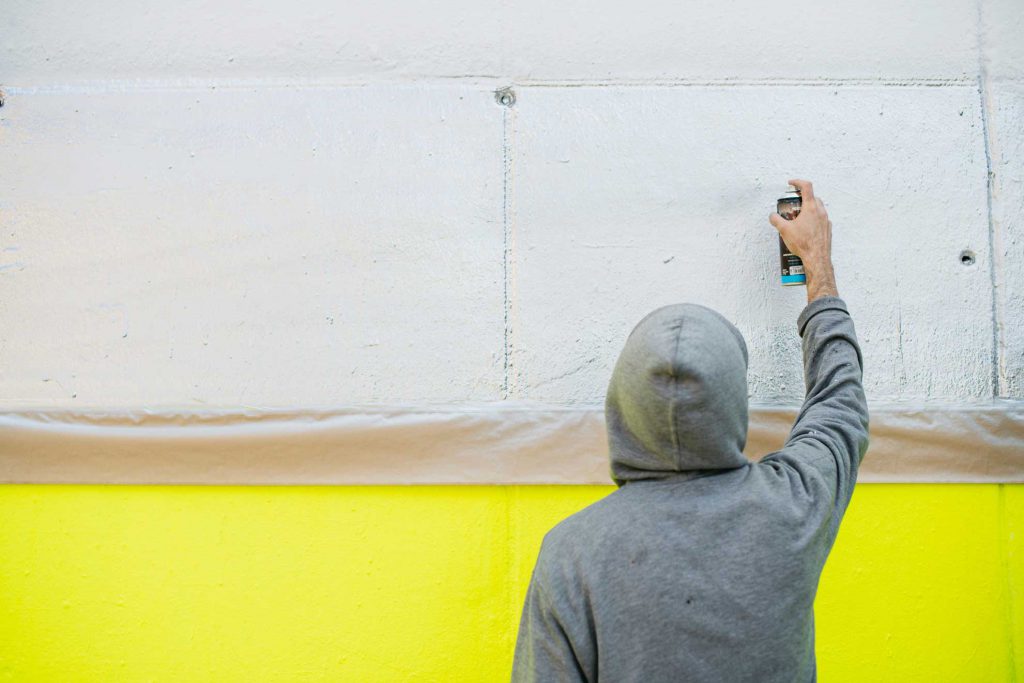 Contorno Urbano:
Contorno Urbano is the first Foundation in Spain to be fully dedicated to street art and graffiti. The team has over 10
years’ experience in murals and urban art dissemination, as well as having worked on international projects.