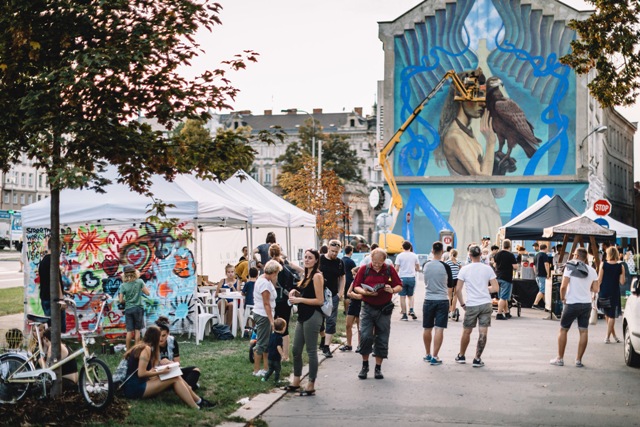 Czech republic has new Mekka of street art, which is historic town Olomouc. One of the greatest and the oldest street art festivals, that annually are held in Czech republic, is Street art festival, which takes place in Olomouc, historic town in the Unesco´s list. Festival was founded by the graffiti artist Pauser in year 2007 as an informal club of writers within the local graffiti community. This Live graffiti show has over the years transformed into a festival for public and each year hosts the best artist from Czech republic as well as from foreign countries. Thanks to this Olomouc can proudly display murals from artists such as Mr. Dheo, Soten, Slider or HRVB. 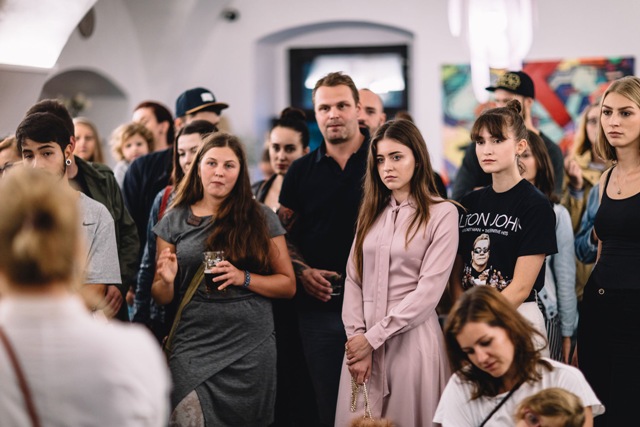 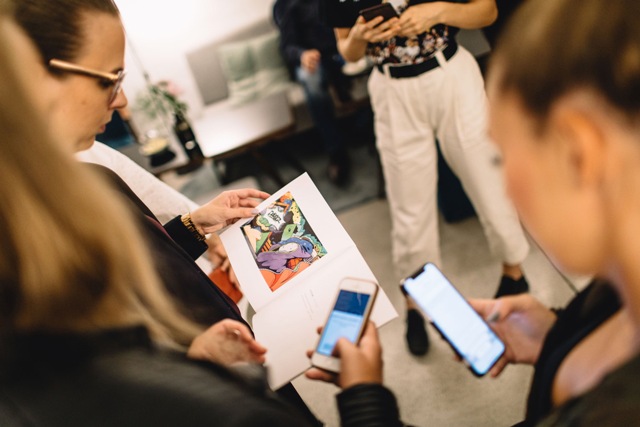 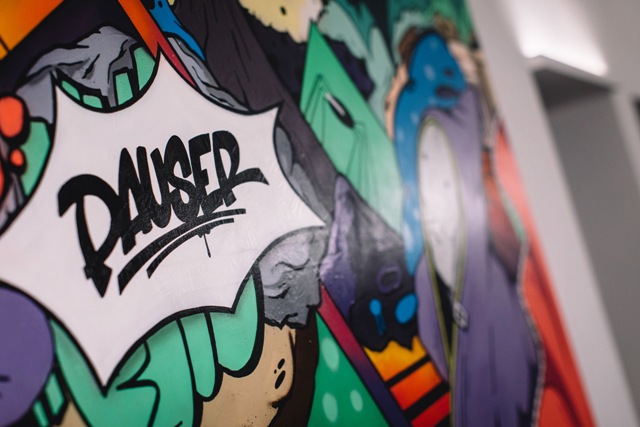 The eleventh year of this festival was held in the middle of September and brightened up the historic city centre of Olomouc with multiple mural paintings. Festival was started by an ikon of the Czech graffiti scene and one of the most popular pop artist – Pasta Oner, with his speech about phenomenom of street art, which was followed by Czech premiere of documentary movie titled Banksy Job movie. The main protagonist of the movie, Andy Link, who also visited the festival said: “Everyone seemed to enjoy the film so that was a great feeling at the end to meet the audience and answer any questions they had for me thank you again for the opportunity to let everyone see my life project I look forward to next years and would highly recommend a visit to this lovely place and meeting the lovely folk who made it happen”. 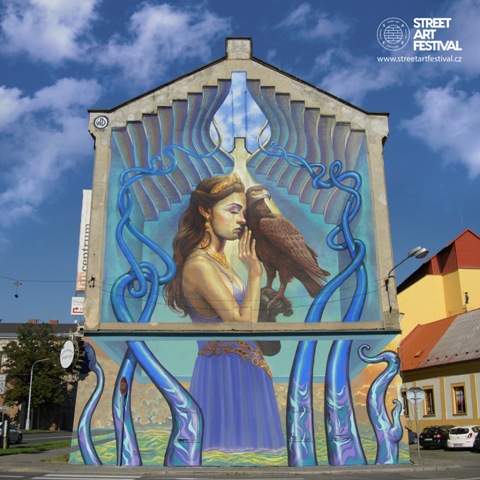 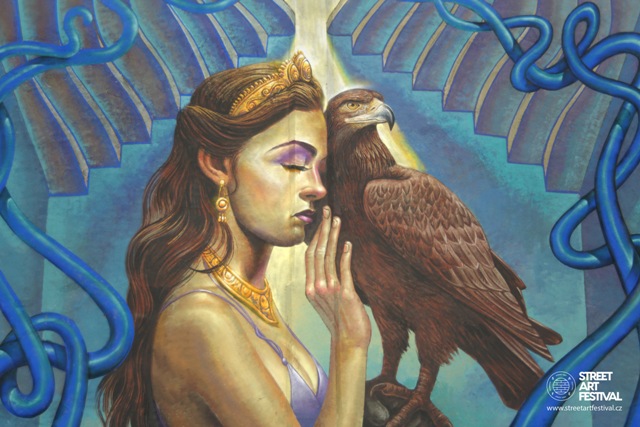 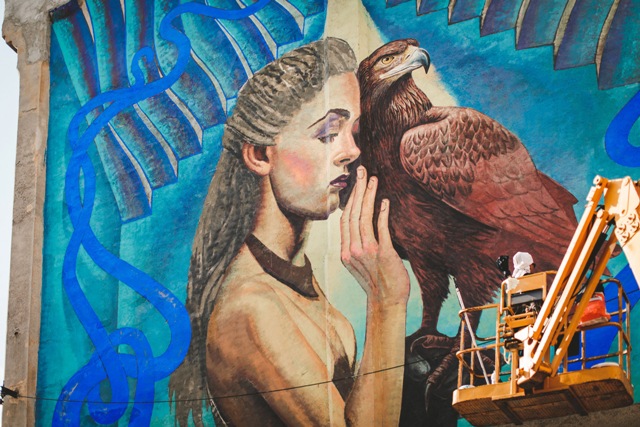 Although the festival offered a rich program, from lectures or animated video projection – tagtool, to exhibition of street art paintings from artists Pauser and Ondřej Konupčík, the main atraction were mural paintings, that were done in the city centre. The largest mural, which is displayed in Olomouc, is from Indonesian artist Wild_Drawing, who is famous for his realistic drawings found all around the world. WD has portrayed a princess with an eagle, as a symbol of Olomouc, on the building of a mill from the 17th century. Painting titled The power of silence was being created continuously over 6 days, 10 hours each day, in both sunny weather and rain. WD has rightfully earned an admiration and a respect on social media and even on the streets, where his mural is daily admired by at least hundred people. 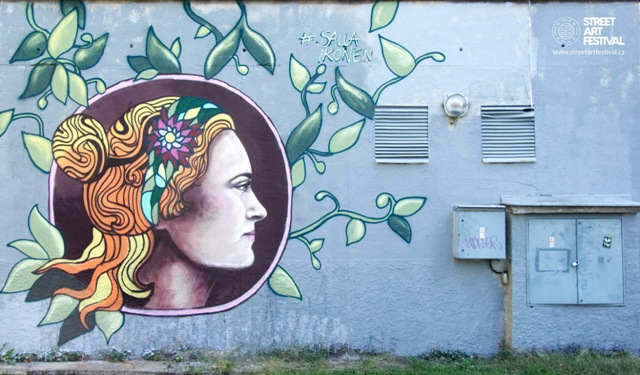 Another two paintings were being made simultaneously in the areal of Univerzita Palackého, which was the main partner of the festival. Street artist Salla Ikonen from Finland paid tribute to Czech painter Alfons Mucha with her portrait of local girl. In proximity was created the third and the last mural, portrait of the first Czechoslovakian president, T.G. Masaryk from the Czech artist Chemis. This mural thanks to the socio-political situation in Czechia became literally over night a viral on the social media and reached people over the whole country. 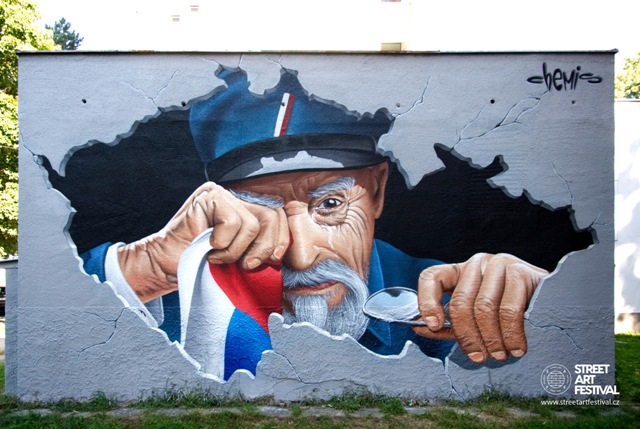 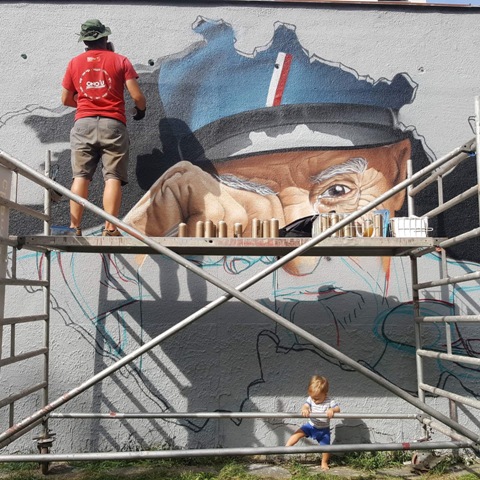 In few days to come Czechia is about to celebrate 100th anniversary of the formation of liberated Czechoslovakia and Chemis’s Masaryk, which is portrayed looking out of the window in the shape of Czech republic and is wiping his tearful eyes with Czech flag. Chemis has added: “Masaryk is the symbol of patriotism, pride, democracy and morality and these said traits are being twisted, misused and tainted by the current society and politicians. 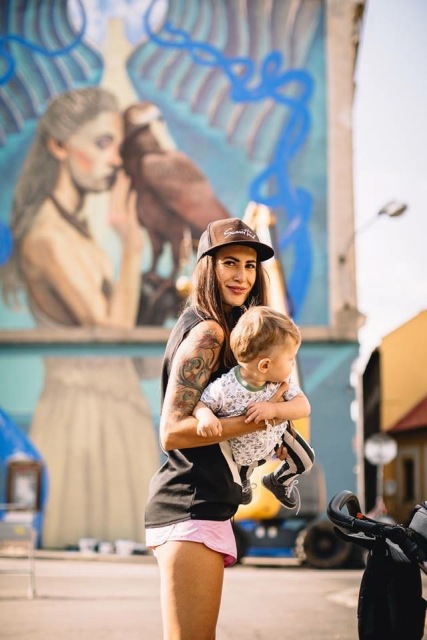