Street art in remembrance of the Holocaust victims 2018-02-02 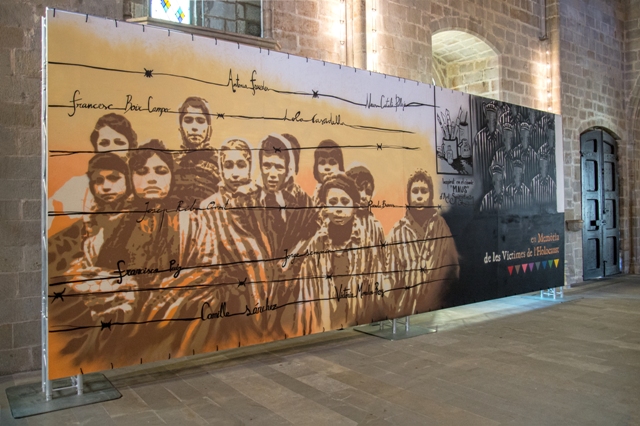 On occasion of the International Day in Memory of the Victims of the Holocaust, EUROM (European Observatory on Memories ) organized different events in Barcelona.One of the activities, curated by the teacher in Fine Arts from University of Barcelona, Núria Ricart, was conceived to rise awareness about that part of the history, with an intervention on the public space. With the urban artist Roc Blackblock, she organized an ephemeral intervention at Barri Gotic in Barelona with young students from the artistic branch at Moisès Broggi public high school. After a speech with the student body, given by the historian Jordi Guixé (EUROM director) 12 students were able to collaborate with the artist in the production of a mural about the holocaust.

The work includes several aspects of the holocaust: images of Auschwitz’s victims; the comic “MAUS” by Art Spiegelman, a model reference in art as a way to take back the historical and collective memory; the triangles that identified and classified the camps’ prisoners (Jewish, homosexual, gipsy, political prisoners…); an European map with all the ghettos, extermination camps, deportation and evasion routes… 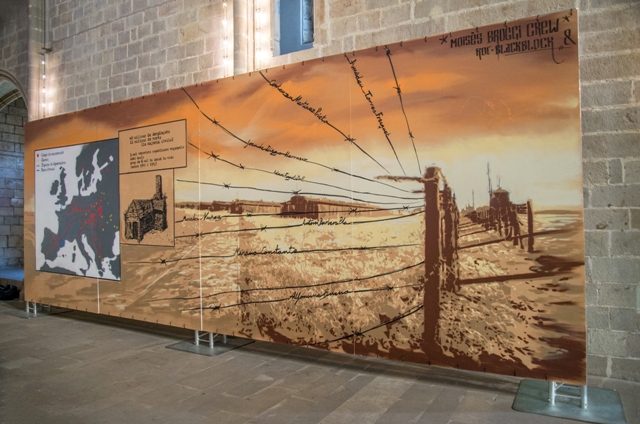 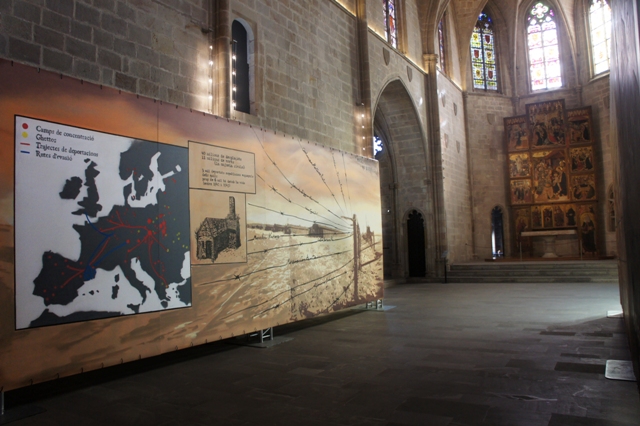 The name of the Catalan victims of the holocaust were displayed to spread the story of many antifascism fighters who escaped from Spain after the Civil War and reached a convulse Europe as refugees. Lots of them became active members of the resistance and spent most of their life fighting fascism and totalitarism. The story of these Spanish fighters is mostly unknown, because Spain didn’t get involve in the Second World War; and specially, because of Franco’s complicity with Hitler.

Once the work was finished, the mural is displayed at Capella de Santa Àgata, part of the Museum of History of Barcelona (MUHBA), where it’s open to public until the 11th february. 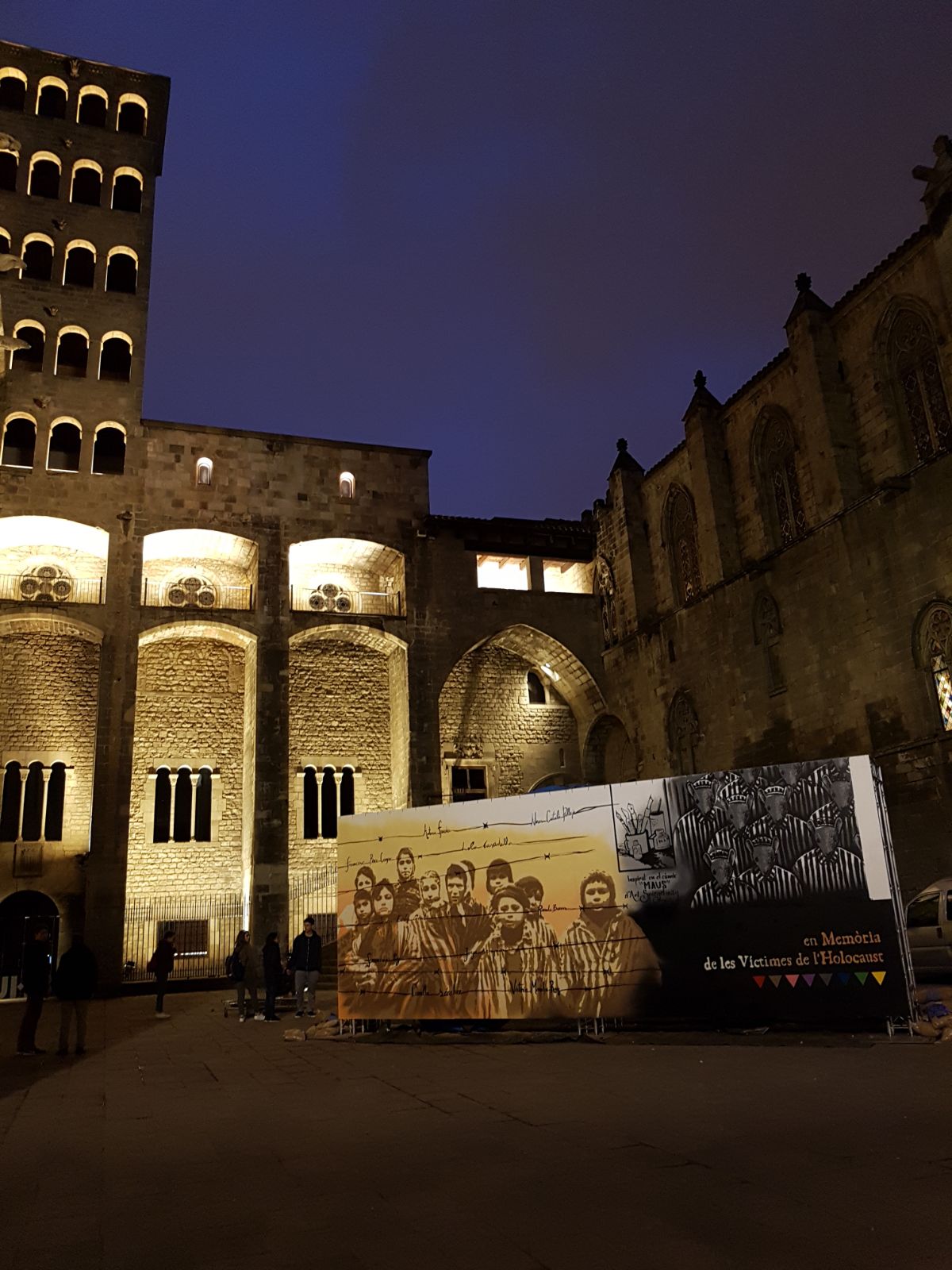 This Project has the colaboration of Montana Colors and Barcelona council.