We present you with an ongoing scientific street art research project titled ”The Street Art Project”conducted under the auspices of the Crime Study Centre (CSC) in Greece. The main reason that was called “Project” for this particular scientific endeavor lies in the very timely dimension that characterizes the subject of study and deepening itself . So, in contrast to the ephemeral duration of a “Street Art” project on the streets of Athens and beyond, “Street Art” itself remains timely, continuous, present and ready to respond to any social, economic, political challenge. Therefore, its study requires awakening, duration and alertness. Hughes M. L., “Street Art & Graffiti Art: Developing an Understanding”, Art & Design Theses, Georgia State University, 2009.

The “Street Art Project” is being conducted by CSC* from February 2018 until today with coordination by Konstantina – Maria Konstantinou (Sociologist, MSc Criminologist) and scientific cooperation by Mrs. Evdoxia Fasoula (Judicial and Analytical Graphologist – Lawyer). From February 2018 to February 2019 (a first round of participation) there was a seven-member scientific working group.
* The Civic Nonprofit Society, named Crime Study Centre (CSC), was founded in January 2015. The purpose of the Center is scientific and developmental.
The Center is to carry out scientific, research, educational and social work.

More generally, this Project has achieved some of the following goals:

❖ Examination of the national, European and international legal framework related to artistic interventions in public space (theoretical unit, text, Legal approach by Angeliki Giannakis and Ioanna Dervisi).
❖ Studying Street Art’s Historical and Strong Relationship with Graffiti (Theoretical Unit, Text, Phenomenological Approach by Giorgos Yakouvakis, Katerina Kalogerakis and Konstantina Konstantinou).
❖ In formulating definitions of concepts and clearly separating the materials / tools used by technology, including its approach through graphological analysis.
❖ In creating the typology of Street Art artists (through “reports”, text and photos, which we regularly perform in the 2018 – 2019 season, we have succeeded in analyzing their work to understand their style and choice of social themes. So, overall, in our reports, we have the typology of the modern generation of Athenians street artists.
❖ Street Art’s interdisciplinary connection to the humanities and social sciences is central to crime prevention, in particular through primary, secondary and tertiary education and other public / private actors.
❖ In formulating anti-crime policy proposals through the use of Street Art in the public as well as in the confined space of detention shops and as an alternative to imprisonment, in particular in the context of enforcing and enforcing the welfare of juvenile (and young) offenders.

Specifically, the Project is divided into two parts: the first part is its theoretical background and the second part is the pilot research approach to the issue through the creation and distribution of questionnaires to primary and secondary teachers of visual arts and secondary education and collection of photographs of Street Art works in Athens for their analysis based on the style and social messages of the frescoes themselves transmitted through the photographs (Visual Sociology – Criminology), as well as on the basis of criteria borrowed from graphic science (e.g. as to the nature of the graphical media used, the characteristics of the abnormal engraving condition, particular surfaces, haste, sometimes night time execution, peculiarities of spray, and to their symbolism and the peculiar graphic field). 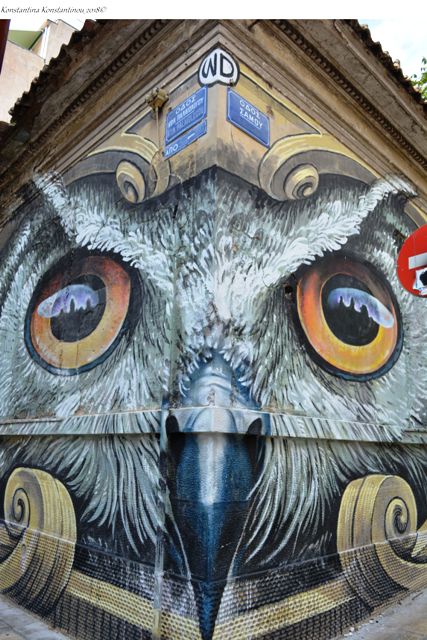 At the same time, as a Street Art scientific study group, we organized in the context of an Interview with Professor Artemis Gogou, and in collaboration with the Director of 2nd Alimos High School, Mr. Katerina Arambantzis, and Street Artist , our first action in the field: the artist, Anna Demetriou, created Frida Kahlo in front of the schoolgirls on the wall of the school entrance with her characteristic style (public school, March 22, 2018).

At the same time, we were there to discuss with students the differences between Graffiti and Street Art, the timelessness of the phenomenon, and what can do young children by visually recognizing and studying street art today because this will subsequently contribute to their integrated education with the main aim of avoiding their future – if any – derogation. All the action was recorded in combination with the method of direct and indirect observation and the technique of Visual Sociology, that is, through a camera.

Next, we received three more interviews with Visual Arts teachers in the downtown Athens area (public school, March 23, 2018), Alimos / Paleo Faliro border (private school, March 30, 2018) and Glyfada (public school, May 13, 2018), from Gymnasiums, and three archives (with online queries) with answers to questions we posed to social groups seen as modern social groups which taking care of the recording of Street Art and their activities in the city of Athens and Thessaloniki and later, as already done. For example by the team of “Urban Act” in all the major cities and islands of Greece .

On 16/04/2019 we visited the 2nd High School – Various High School (Konstantina Konstantinou and Evdoxia Fasoula) following the invitation of the philologist Mrs. Vassiliki Milionis and permission from the Ministry of Education for conducting a Street Art Workshop “Human Rights and Democracy” in elementary and high school students (3 grades) by implementing the second essential action at school. There for about 3 hours with a presentation featuring audio-visual material, we were able to pass on to school students the aesthetic, socio-cultural difference of the Street Art movement from the Graffiti movement which today is constantly identified with the concept of destructive vandalism (breaking, destroying an object in a public place). We highlighted their useful historical connection and tried to convey our knowledge of artists who started out as writers but became artists. With this logic, we have succeeded in preventing back-scratching on the streets of Athens and / or of area of Vari of Athens, highlighting the importance of Art Education for their lives. 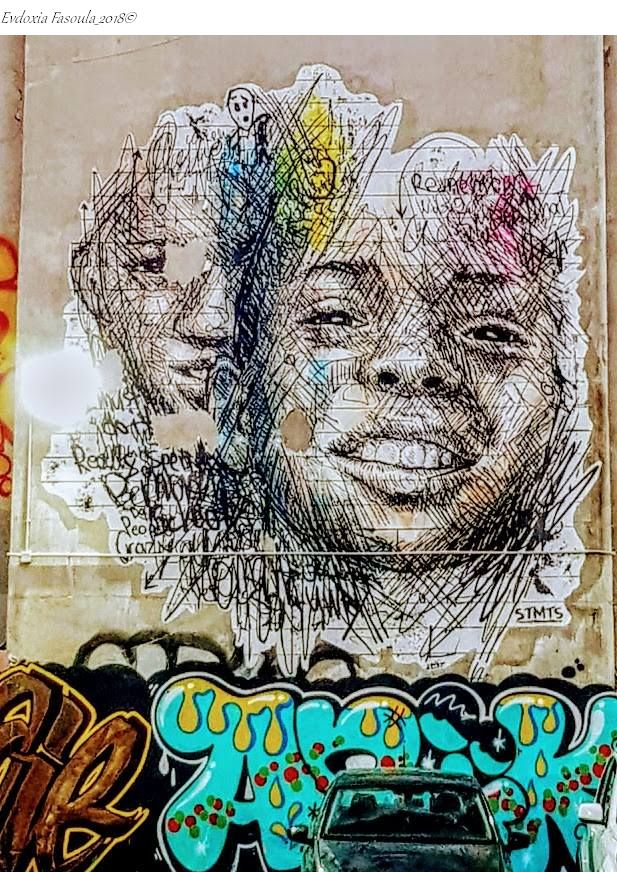 The field actions for the Project signify and symbolize the beginning of extroversion of all the disciplines of science represented by its members, complement to us our core pilot research activity in schools, and at the same time symbolize a continuous communication with private and non-governmental organizations, deal with Street Art (social networking) to better capture all facets of the movement. Listed below are our actions with their titles as published in the separate column of the Center’s official website (Actions tab => Scientific Groups => The Street Art Project). Some of them included reports in particular where the events / festivals / exhibitions coincided.

Regarding the reports, we participated informally in the sense of Street Art report-taking in the Municipality of Rethymno with our envoy, Katerina Kalogeraki, as well as in the “Old School Meeting Graffiti Festival Vol. 6 ” in the Municipality of Alimos with the same methodology and technique in collaboration with Mrs. Evdoxia Fasoula. The reports we have made with photographic recording and scientific analysis of the artist’s individual style and social messages of the works per exhibition during the 2018 – 2019 season have been published in the separate column of the Center’s official website (Actions tab => Scientific Groups => > The Street Art Project) and can be found below in the online Crime Times Magazine (issue 6, 8 and 9): 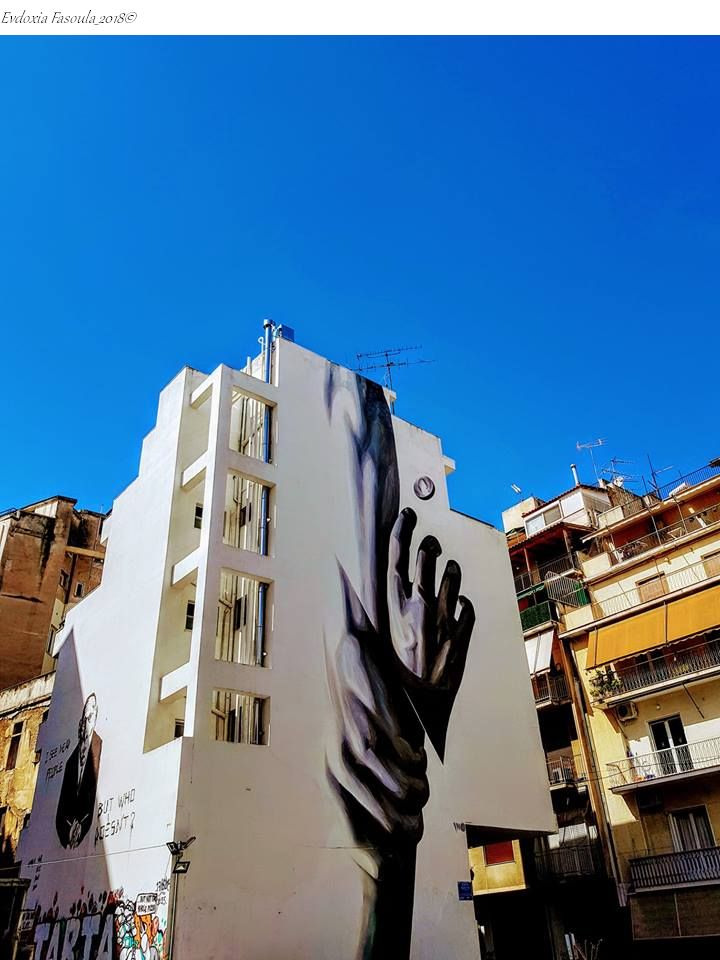 Publication of the theoretical and research modules of the Project will take place on a regular basis in order to provide the public with the best possible understanding of Street Art with accompanying visual material per module.

Continuing, we will present the phenomenological approach of Street Art in the second section (historical context, evolution, modern trends)[2], the theoretical framework in the third section (action theories and structure theories, which are, however, mainly driven by the thinking of his methodology. M. Weber – Understanding Sociology[3]) and lastly, in the fourth section, anti-crime policy proposals, which are based on the common project line of the whole project. 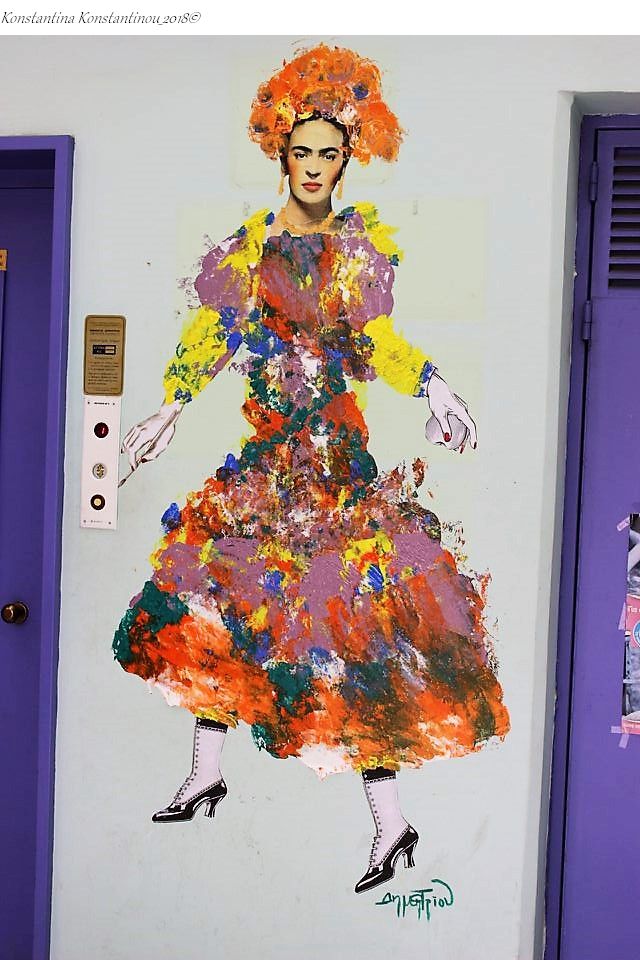 With regard to the pilot research approach, initially, the methodology and techniques of the Project are characterized for their variety. The combination of any research is one of the best . Nonetheless, formally, and according to J. Pinatel , it is an interdisciplinary effort at the level of micro- and mid-level analysis of pilot research with deliberate non-random sampling of interviews (qualitative research) of secondary school teachers – teachers.
Interviews of private entities, by majority (3 in total: “St.a.co – Street Art Conservators”, “Urban Act” and “Street Art Tours in Thessaloniki”), of Urban Non-Profit Organizations, are included as an Appendix to the second theoretical unit of Street Art Phenomenology . Questions continue to be distributed to – to – teachers of Art Education in Athens schools and once they have been distributed and all the answers given by the respondents, they will be gathered for content analysis (qualitative research technique).

Photographs of Street Art projects already collected during the period October 2017 – June 2018 were taken using the indirect observation method and the camera technique. Worldwide, Visual Sociology / Criminology is considered a scientific – sub – theoretical stream that can explain as an example the way of thinking generally, culturally and socially of the actions of individuals visually affecting social life in its entirety . In Greece, it has rarely been used as a scientific explanatory scheme while its foundations are already beginning to emerge the first link – contact, historically speaking, by Sociologist S.H. Becker, in 1974 with his article “Photography and Sociology” . 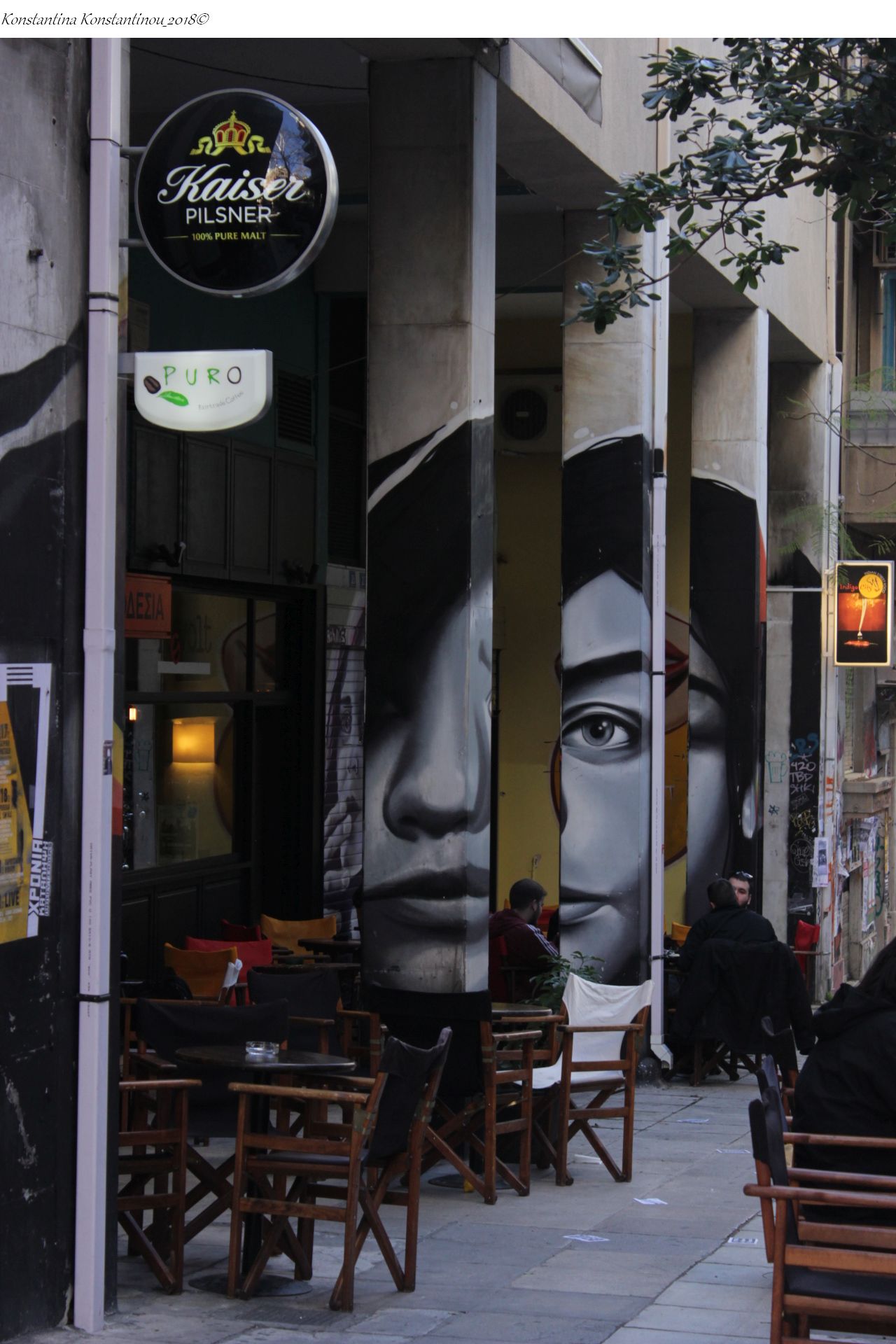 As mentioned above, the photos selected for analysis based on style and social messaging support and will overall support even a better understanding of the content of the Project. At the same time, interpretive enrichment will be attempted with observations from the broader field of General (Analytical and Judicial) Graphics.

The Project will continue the interviews of the teachers – teachers of Art Education and its activities until the end of 2019 in collaboration with events – institutions organized every year in Athens (with simultaneous registration by us for later publications). Finally, because of its aforementioned texture, it remains open to cooperation proposals (formal and informal).

So far, the Project has collaborated and is collaborating on a commumication and material sponsorship level either individually for our field action (Music Art Magazine, Urban Layers, Athens Trigono & Flamestore) or long term supporting all of our material (the scientific site socialpolicy.gr promotes the our material throughout the 2018 – 2019 season and in our field actions is present with informative triplets and banners). Of course any sponsorship proposal for Project financing is welcome, as we make such requests from time to time.

We have spoken about the Project in a full-length interview with Mrs. Angeliki Kardaras at postmodern.gr and we have contributed, as requested by Mrs. Electra Zargani to the paper and electronic Documento, for the artist Banksy of the exhibition in Technopolis this year by the People Entertainment Group (27/02 – 26/03).

* All publications of “The Street Art Project” are republished from our scientific web site, our contact sponsor, socialpolicy.gr with special attention to detail and we are thankful for that.

About “The Street Art Project”: