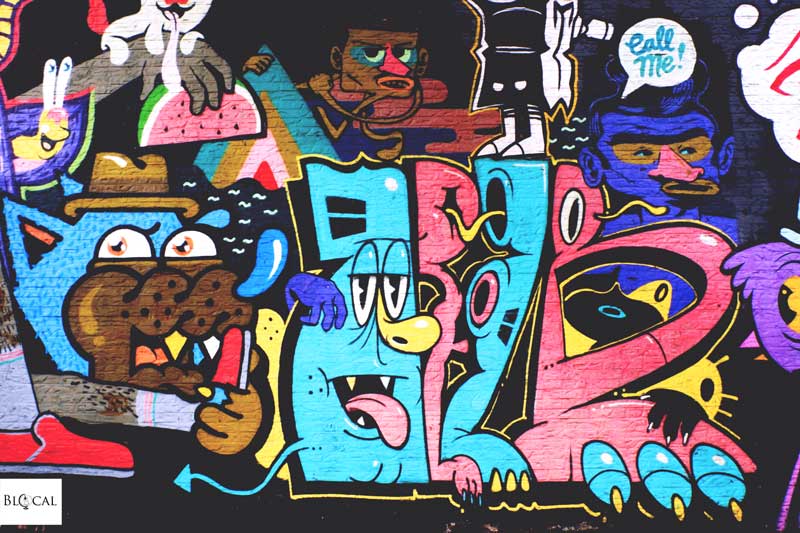 Unlike many other cities, Ghent’s street art legacy developed from the bottom-up, rooted in the passion of local artists and their connections to international artists whom they invited to paint. Giulia Blocal writes: A crucial figure in the rise of the authentic street art scene in Ghent was Bué The Warrior. Inspired by comic books and pop art, Bué embodies the essence of street art by relentlessly painting walls all over the world as a way to interact with people in the streets, gifting them with something simple yet full of joy. 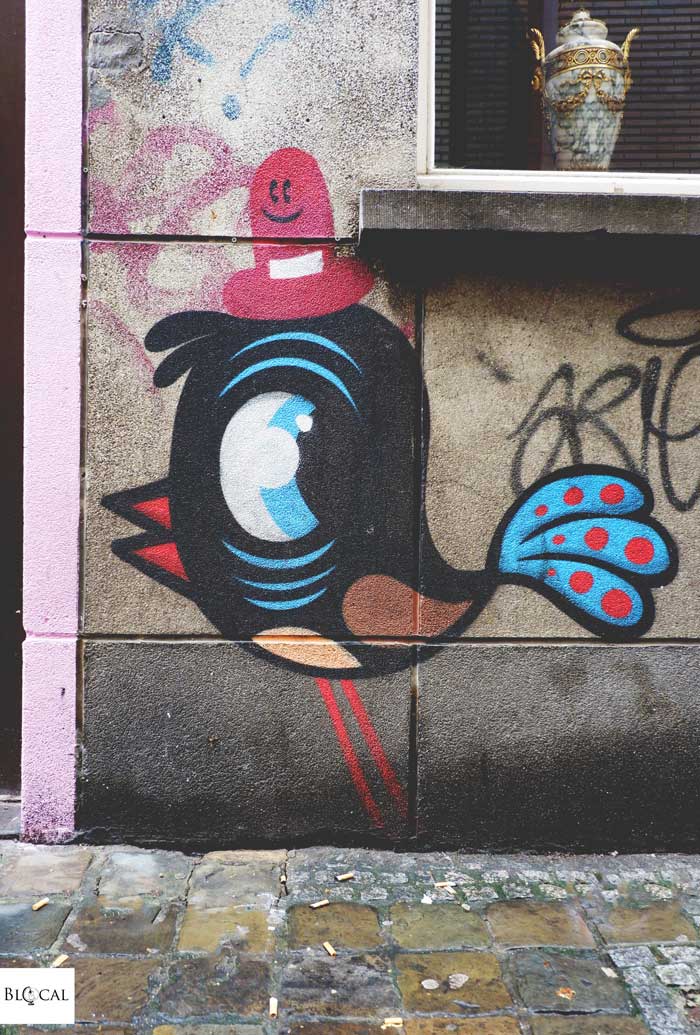 Bué’s spontaneous and genuine approach to street art is shared by many local artists; thanks to their creative enthusiasm and Ghent’s lively community of students, the city quickly became an artsy hotspot with a dynamic street art scene.

Bué also started off many collaborations, connecting local artists with artist friends he invited from outside Ghent. Here are some collaborative murals painted by Bué The Warrior in Ghent’s city center: 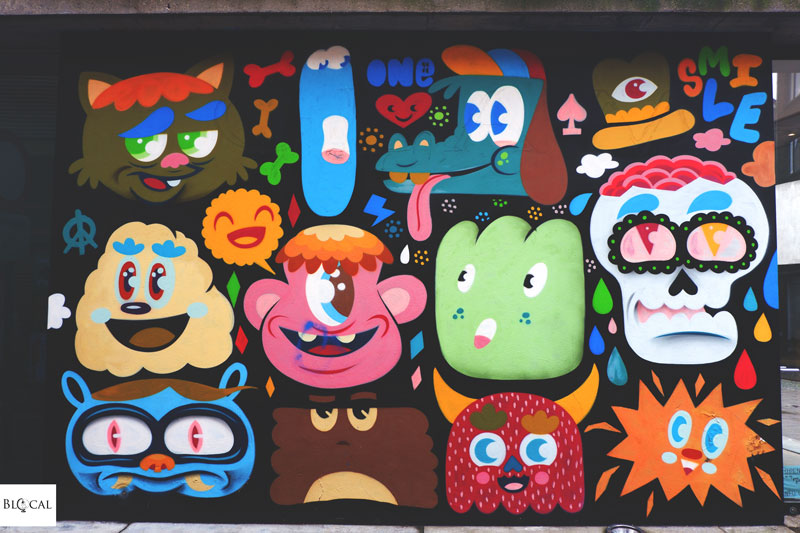 – this mural painted together with a Japanese artist (Taishi) who happened to walk along the street when Bué was beginning to work on this wall… this is how spontaneous Ghent’s street art scene is! 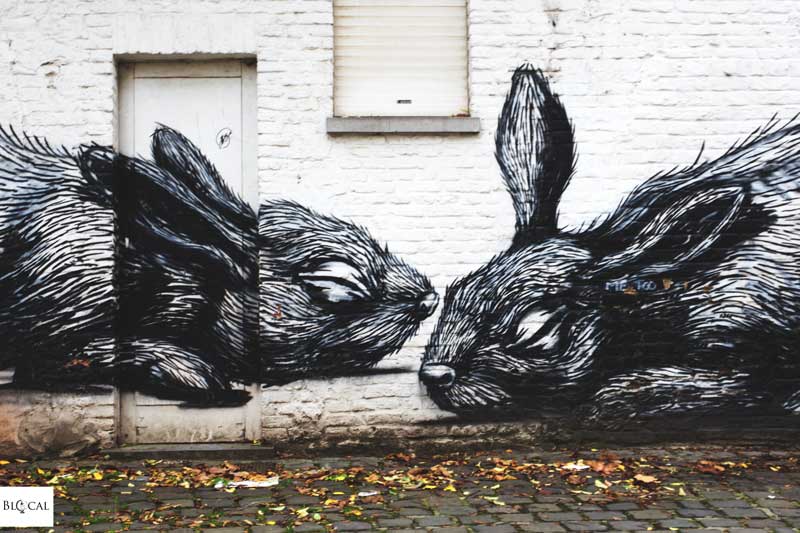 When the international public fell in love with ROA’s black-and-white animals, which are scattered all around his hometown, Ghent became a street art destination. 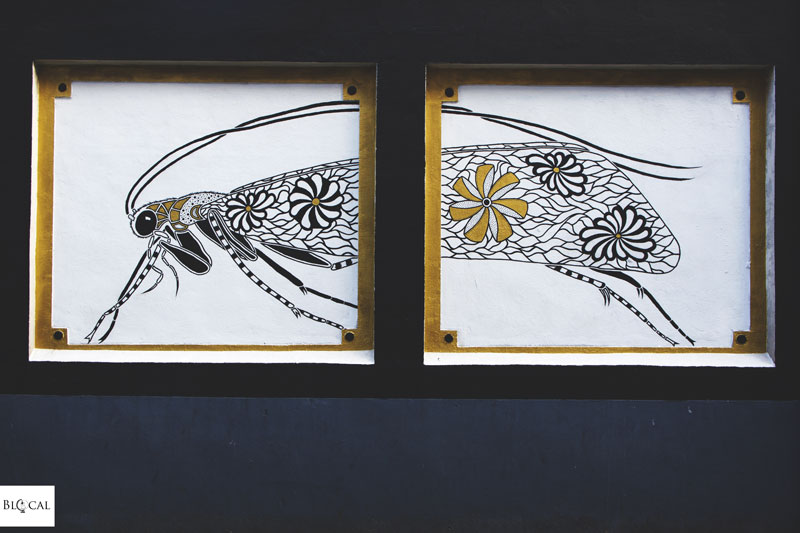 Another Ghent artist that embodies the idea of street art as art accessible to everyone in the streets is Pol Cosmo. In the area known as Ghent’s Red Light District, he painted his iconic patterned insects, which are usually pasted-up next to Ghent’s front doors. But here they are actually painted, and on a larger scale to boot!

Despite not being originally from Ghent, Cee Pil is one of its most beloved artists. Scattered all around the city, his murals surprise passers-by with optical effects based on the digital glitch. 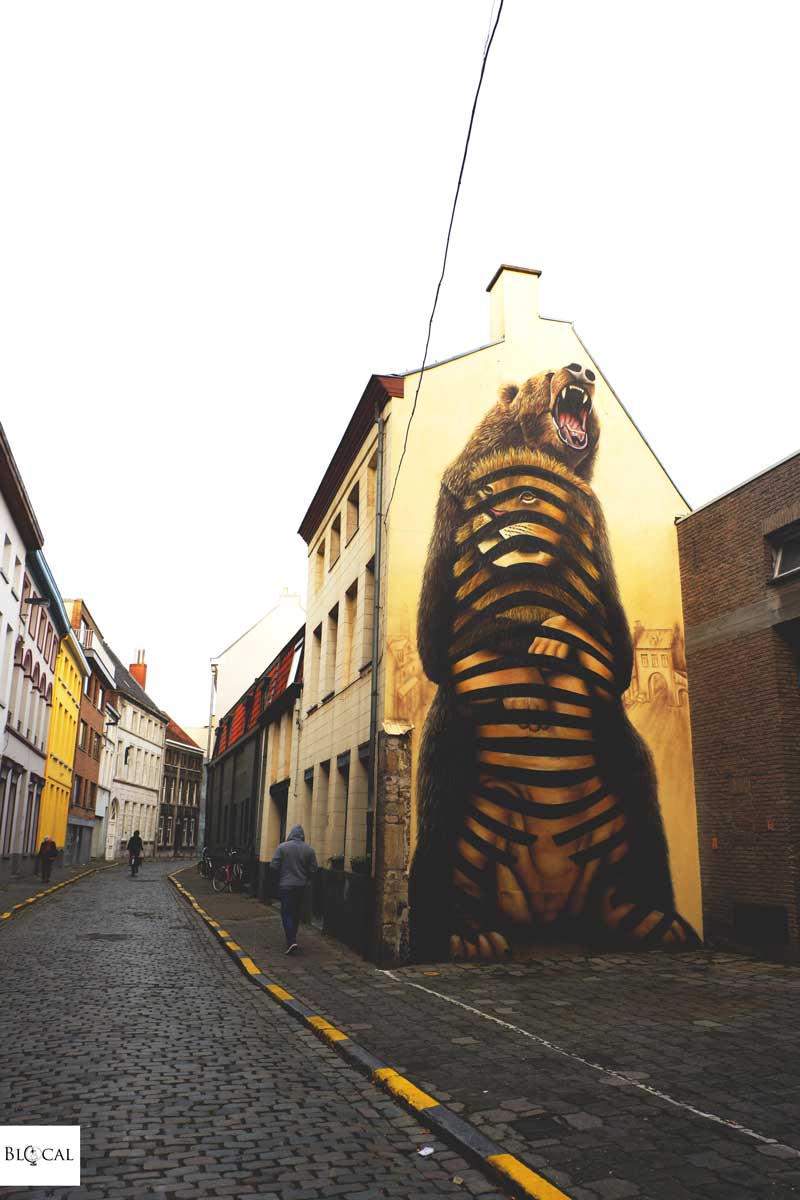 While taking photos of Cee Pil’s wall, an old lady approached me. She told me that the artist was inspired by the small private zoo that the medieval emperor Charles V had in the area, which housed three lions among other animals. Besides the intriguing anecdote, I was impressed with the pride shown by the old lady in sharing her impressions of the artwork with a ‘tourist;’ it says a lot on the way street art is perceived by the inhabitants of this colorful city.

Moreover, while biking around Prinsenhof to get to the mural, I fell in love with the neighborhood itself, whose cobbled streets and charming medieval buildings I surely woudn’t have discovered if it weren’t for Cee Pil’s mural. 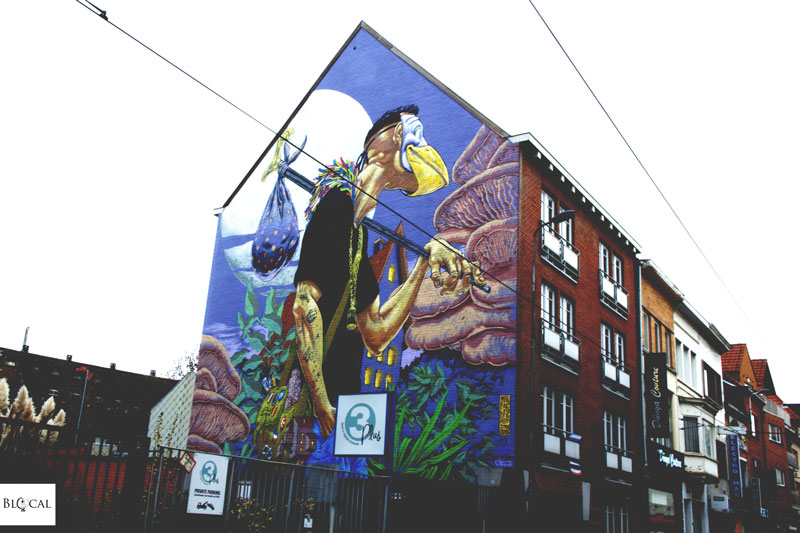 Another big mural that has become a landmark on this side of Ghent is A Squid Called Sebastian’s “The Traveller Always Shines Brigther in The Sun”.

Curated by Kapow, this large-scale mural was painted during Sorry Not Sorry in 2016, while Sebastian was itching for a wall at Wynwood Art District in Miami.

Street Art in Ghent: the City Through the Eyes of its Best Artists