Seven buildings surrounding the central plaza in the centre of a Spanish village, integrate the last street art project of #walkingbelorado to put women, sports and public spaces in the spotlight. This Project is part of the Wall-King Belorado, that has been active for the past three years by the independent cultural organization StARTer Proyectos Culturales. Estela Rojo and Jesus Carlos Fernandez managed again this intervention in the square of San Nicolas in Belorado´s village. This one involves seven buildings and more than 900 square meters. 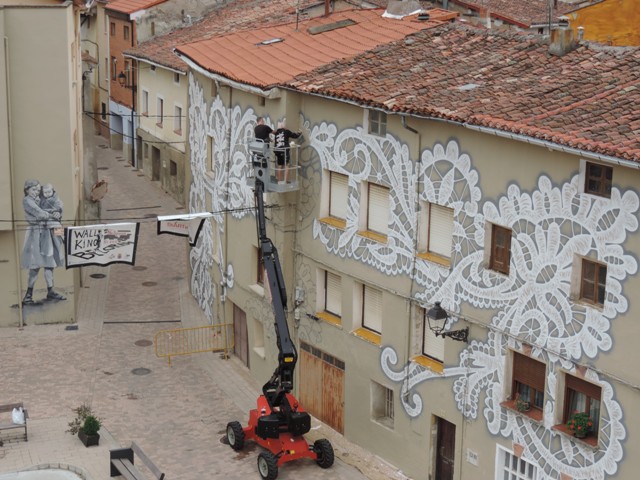 It focuses on a certain area of the village where for hundreds years the women (only women) played a game called “Bolos Beliforanos” which can be translated like “The Bowling game of Belorado’s area”. That is why this proposal put the focus on women, sport and public spaces. The project aimed to restore this tradition and to reinforce the figure of women on the streets through Urban Art. 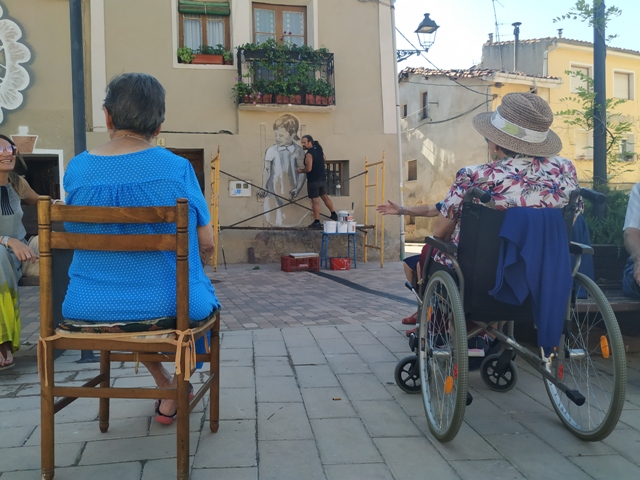 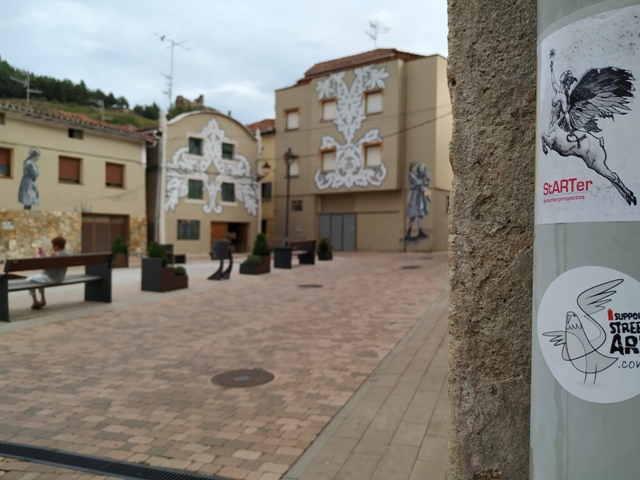 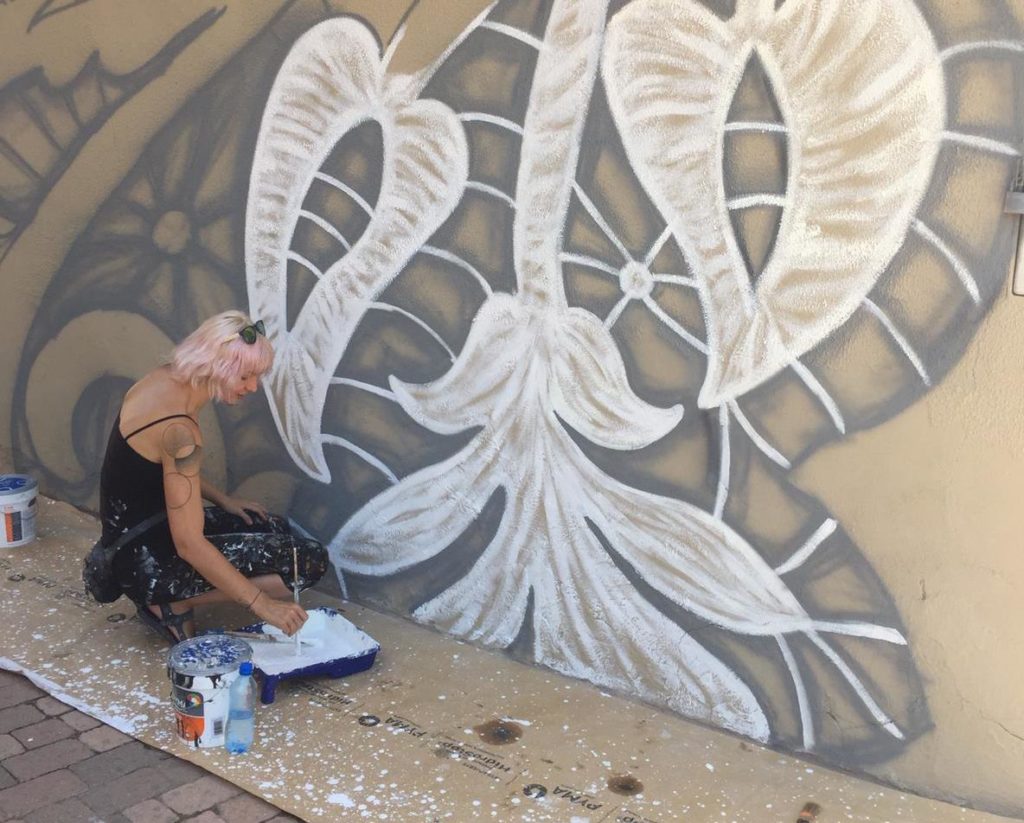 The polifacetic polish artist NeSpoon (@nes.poon) was invited this year. She focuses her work on traditional laces used by females at home taking them out to make it visible. Embroidery and traditional lace motives take the stage with her walls to center the sights in this aesthetic code present in many cultures. The main used patrons were given by the women from the village.
Together with her, the artist from Leon Regue and Patricia Diez from Burgos gave another view/life to a picture from 1920. This are the oldest visual memories about this bowling game conserved. In them you can see mothers taking care of children while they are playing the game. They put some of the figures of local women who appear in the old picture to the frontages of Plaza San Nicolas. 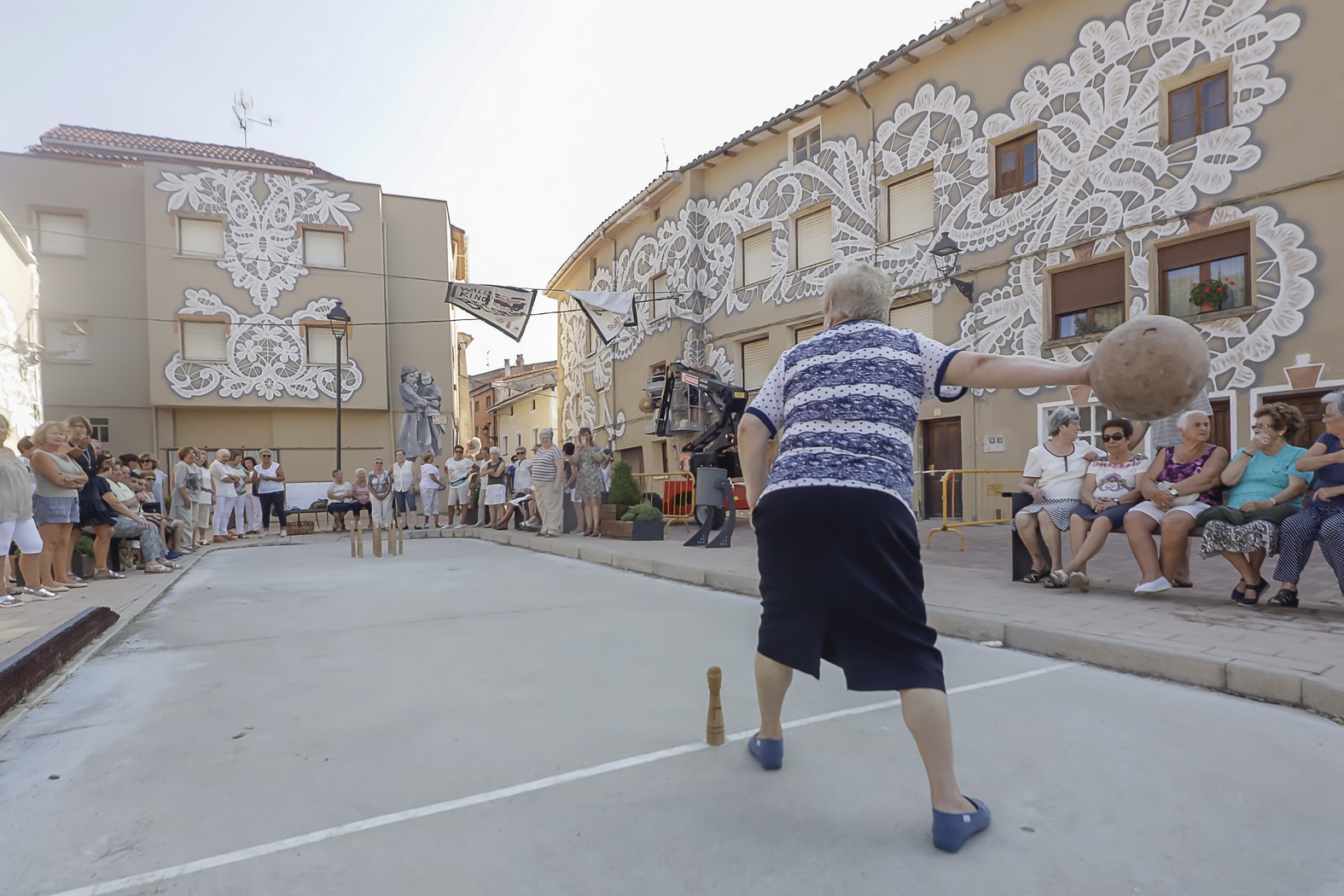 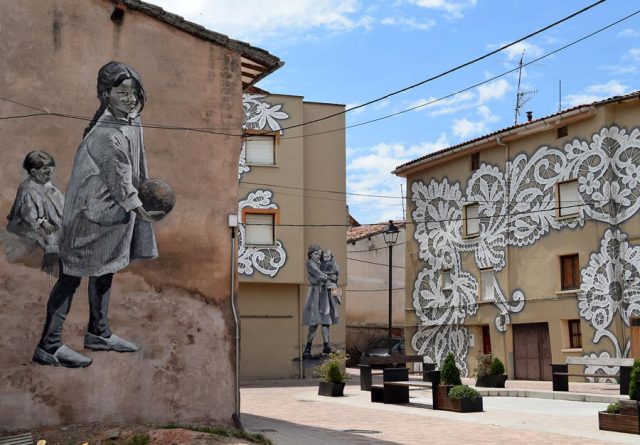 It is also possible to see one of the forgotten historical lady Knights, called “La Dama de Arintero”. She was a heroic Knight of the middle ages in Spain, known to be a brave fighter dressed like a man during the years of the Catholic Kings in Spain. She was assaulted and killed while she was playing bowling, that is also why she became the first woman to play this sport. 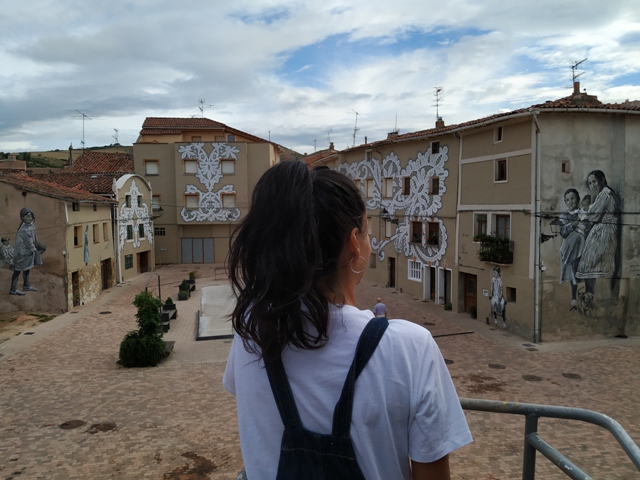