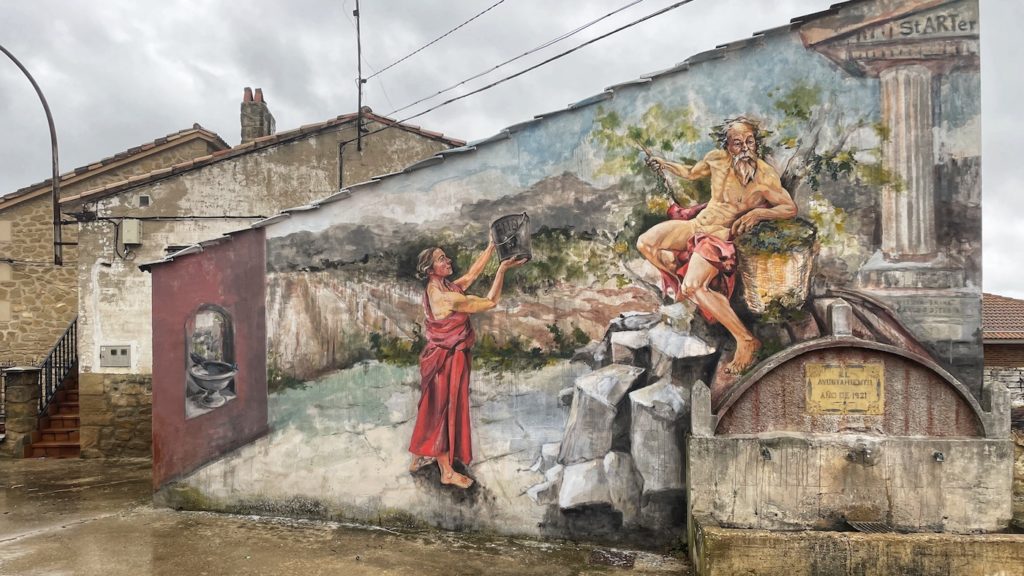 The City Council of San Asensio together with StARTer cultural projects presents a mural intervention in Cuevas street. StArter brings together the experience of two people involved for more than a decade in cultural projects, valuing art as a means to activate creativity and communication, socialization. Estela Rojo, cultural manager, and Regue Mateos, a multidisciplinary plastic artist, carry out social and artistic projects to create and improve spaces, focusing part of our proposals on urban and rural spaces. The image highlights the historical importance of the culture of wine, making Dionysus, god of the vine and wine, the protagonist of the scene. 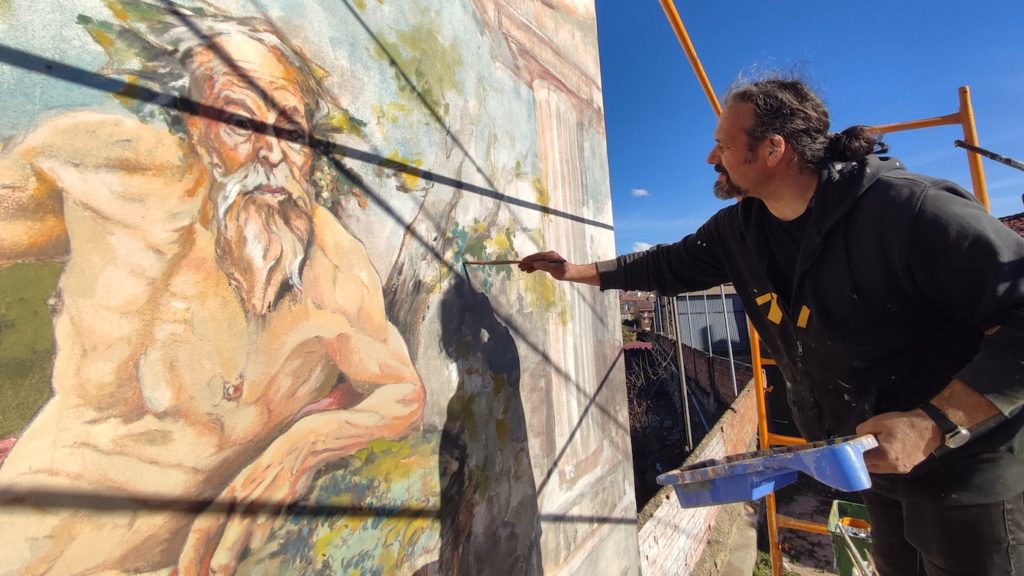 In a town where the base of its economy is based on agriculture and the cultivation of the vine, recreating this mythological figure who was also considered the patron saint of agriculture is a way of rooting it with the classical tradition and claiming its importance and transcendence. “San Asensio collects the essence of wine production, the numerous cellars from the 16th, 17th and 18th centuries that are preserved in the old town attest to this. This town, known as “Cuna del Clarete” in honour of this variety of wine, finds its greatest expression in the popular celebration of the Battle of Clarete. Precisely for this reason, a mural intervention that paid homage to this link with the world of wine and, in turn, to this well-known celebration seemed especially appropriate. The wall is connected with a century-old fountain built in 1921, which was a starting point in the design, generating a visual game inspired by the world of classical sculpture, specifically, in baroque fountains. 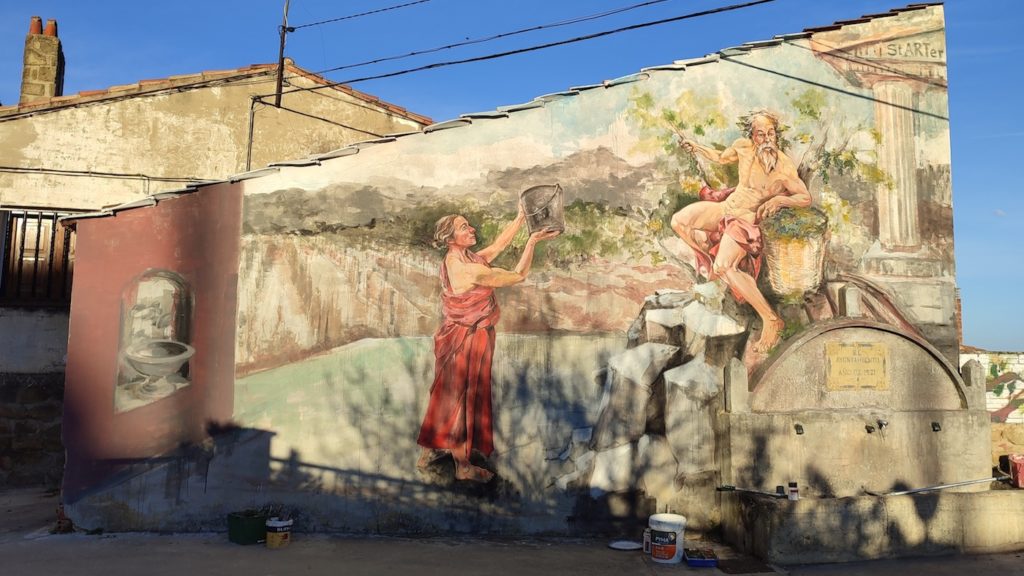 The wall is located exactly where the “Battle of Claret” begins, for that reason a second figure represents this festival, Eno, goddess of wine and granddaughter of Dionysus, who comes to her grandfather carrying a cauldron after converting the water into wine, perhaps asking for his approval and thus giving way to the celebration. The wisdom of old age, the vitality of youth, the past and the present united around the richness of nature, celebrating and sharing the fruits that the earth generously offers us. White grapes, black grapes, ruins, temples and cauldrons announce that in a few months, on July 24, the street will be filled with festivities, songs and colour, Dionysus will cheer for San Asensio and all those who love wine and tradition.