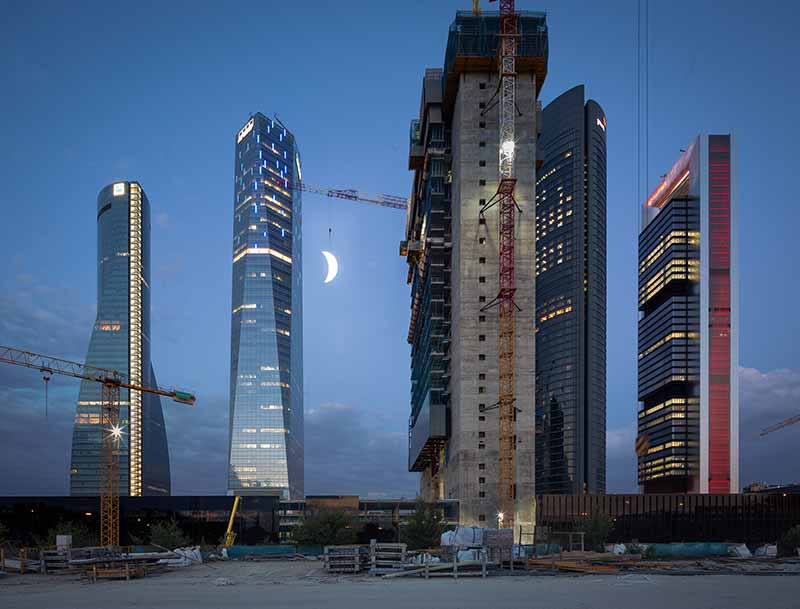 The project idea realised by artist, SpY, is simple and recognisable. It consists of the reproduction of a first-quarter moon installed on one of the construction cranes of the fifth tower of the Caleido complex, in the north of Madrid.

The dates of the intervention coincide with 20th July 1969, a historic moment for mankind: when man first set foot on the moon. As the 50th anniversary of this milestone, the proposal commemorates this unforgettable moment with an intervention emulating a moon suspended from cranes under construction. 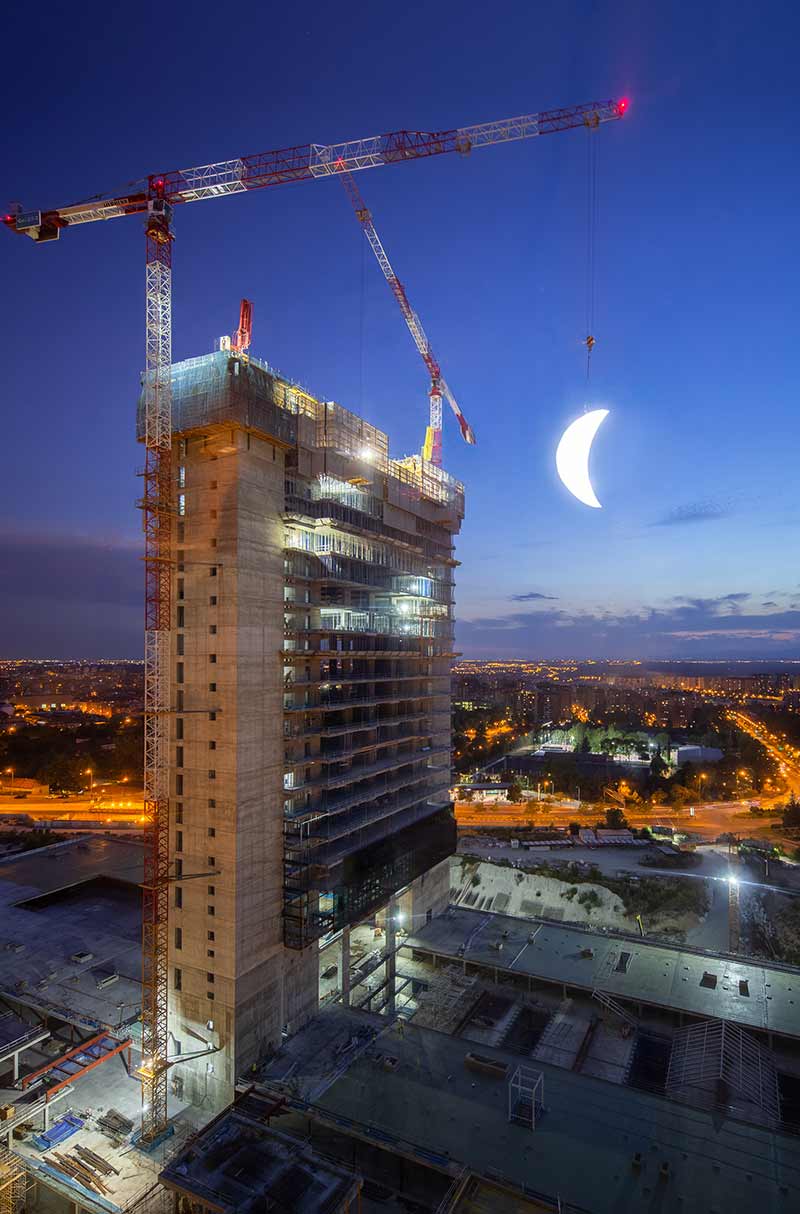 Given the size of the cranes and buildings, the challenge posed was to create a moon large enough to stand out against the 4 towers and which could be seen from different parts of the city. 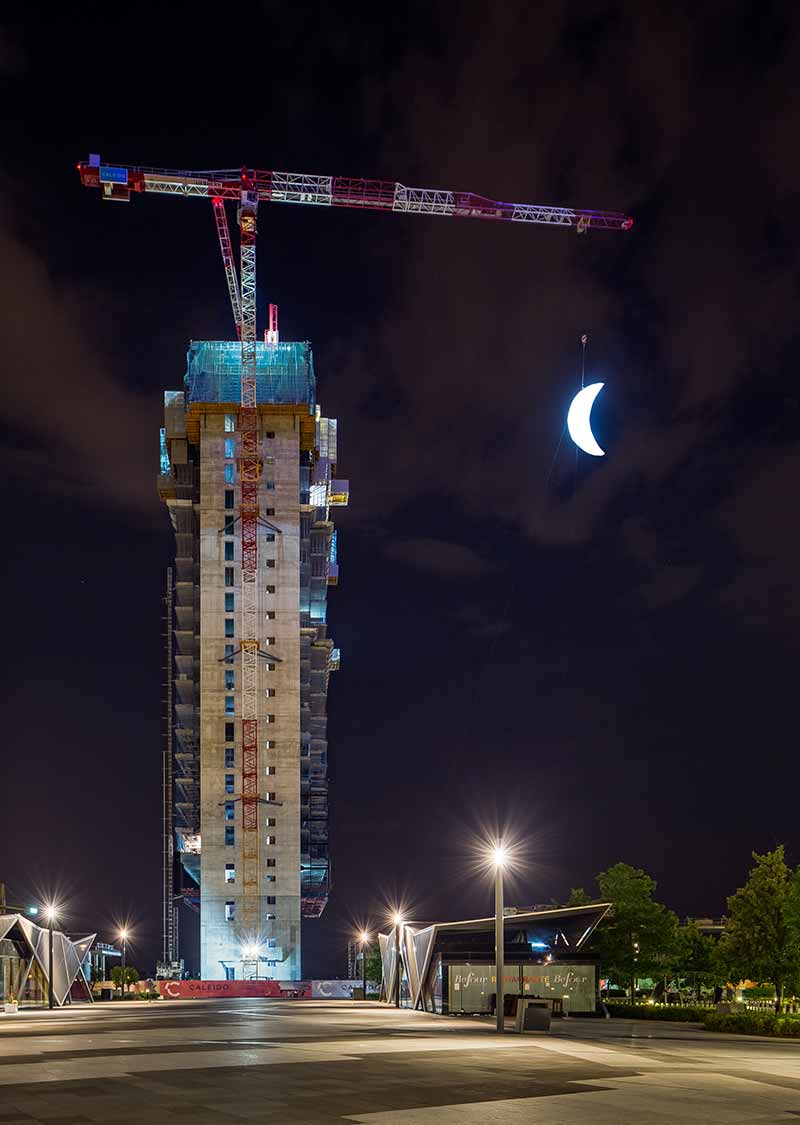 You will be able to see this 9 metre-long moon created by SpY in Madrid on the evening of 20th July, thus coinciding with the anniversary of man’s landing on the moon.