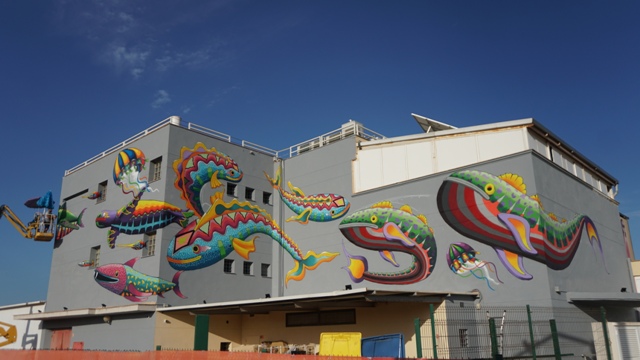 As a preview event for this year’s BLOOP event, Spaik comes back to splash colors on the white isle of Ibiza for the 4th time. Inspired by his native folklores, a herd of vibrant colored sea creatures such as narwhals (whose horn is a chimney!) whales, swordfishes, sea turtles and fish drift in the waves of dreams, happiness and fiesta, so lively and full of energy as if a marine stampede. His excellence in painting unusual surfaces bloomed on the 10 facet mural at the gates of Ibiza, visible from the countless air planes which are estimated to carry nearly 2 million visitors this season. 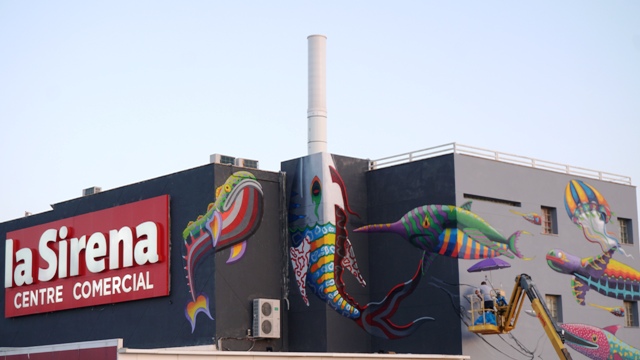 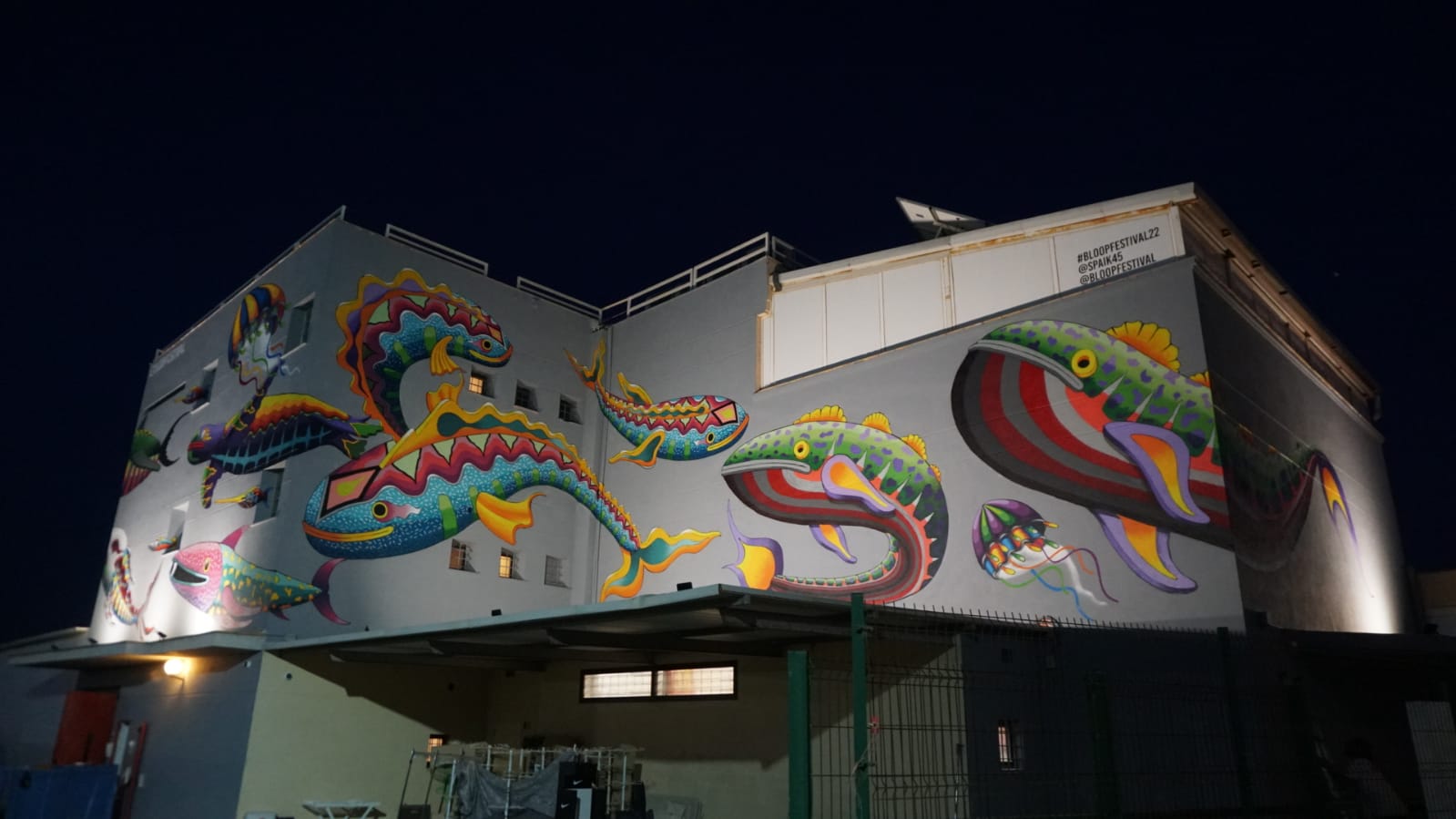 Spaik from Mexico gives momentum with his 10 piece preview mural prior to the festival which will run from August 4th until the 24th August. 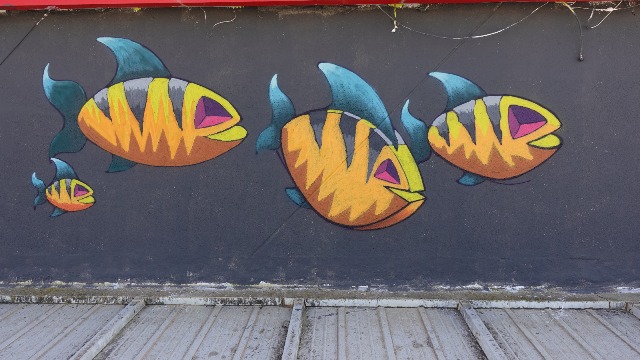 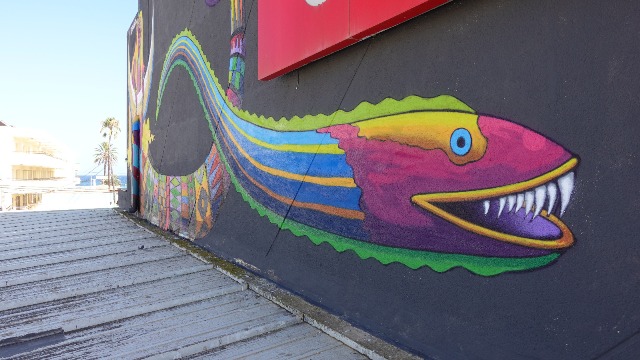 From the 4th – 24th August, BLOOP International Proactive Art Festival IBIZA, is going on to its 12th consecutive edition, despite the pandemic and subsequent setbacks and difficulties, the BLOOP continued to open doors even during the last two years, insisting on holding this independent initiative that introduced art to a traditionally foreign context. The island that a decade ago represented carefree spirit, tolerance, and freedom, today is known as the international destination for luxury tourism, the BLOOP continues to exist.

BLOOP continues to offer inclusive, democratic and comprehensible art for completely free since its very first zero edition back in 2011 with its ethos: ART IS FOR EVERYBODY.