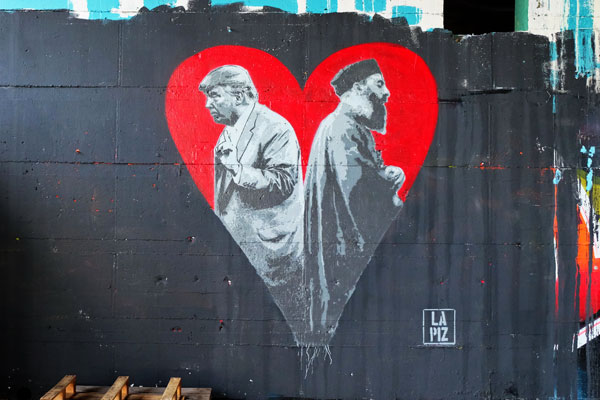 The work titled : ‘Soulmates’ shows Donald Trump (President of the United States) on the left and Bakr al-Baghdadi (leader of the Islamic State) on the right. Both have turned their back to one another but are united on a giant dark red heart. The idea of Lapiz was to show the similarities of these seemingly opposing identities and ideologies. They have far more in common than one might think:

-Extreme simplification of reality, which divides the world in ‘black-and-white’, ‘we’ against ‘them’ etc. 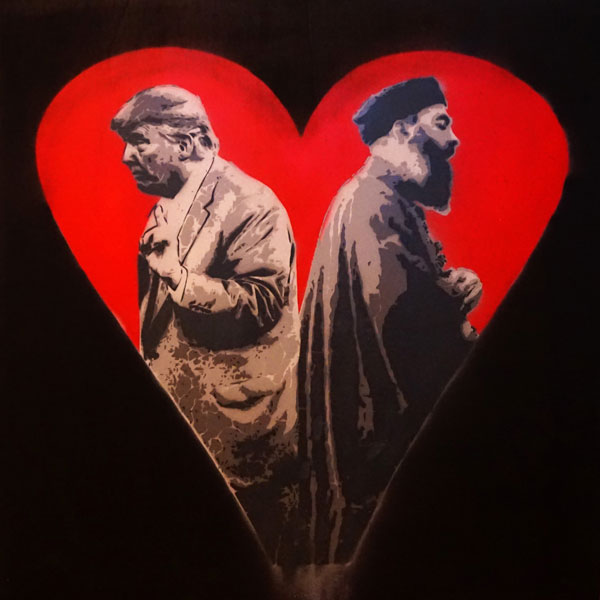 -Convinced that they are right/ speaking for the people.

-Authoritarian rebellion against the ruling system (‘the West’ and ‘the establishment’) which in their view does not represent the majority of the people.

-Abolishing democracy and its liberties. 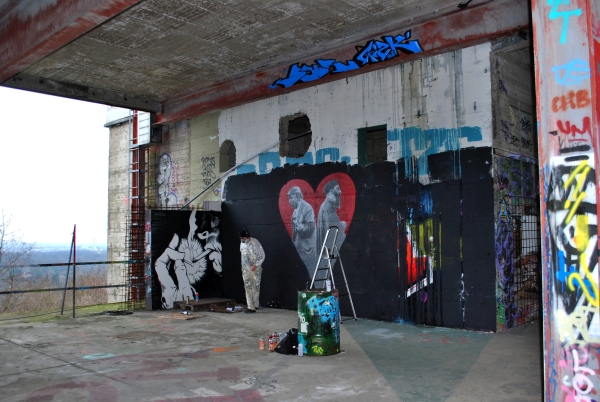 -Conspiracy theories which draws them as victims: Their own culture is threatened by an invasion of ‘The West’ / ‘Immigrants’. 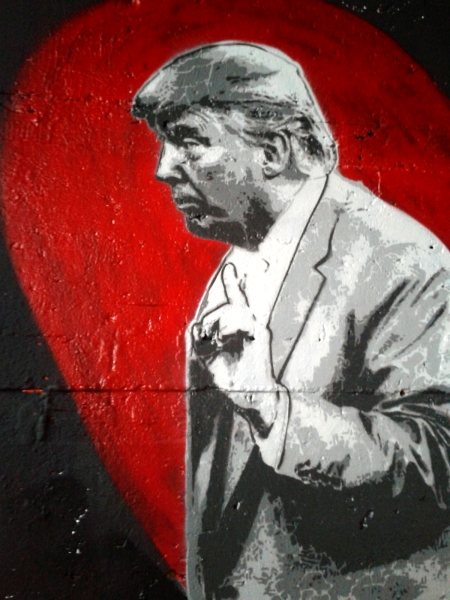 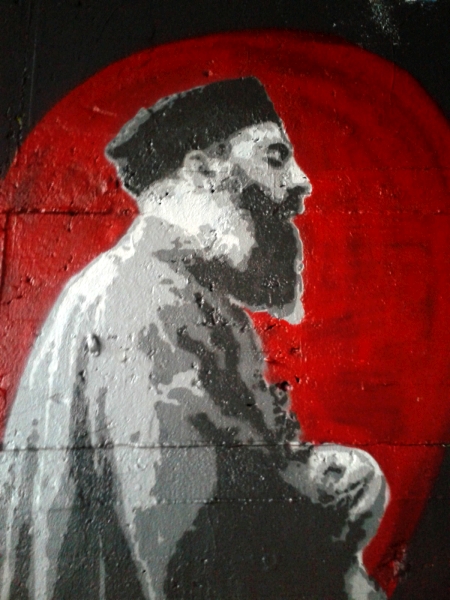 And as the artist says very successfully, the most frightening of all: They both believe they are good people. 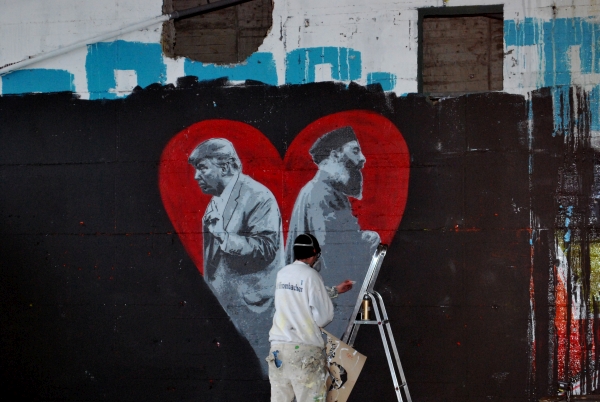