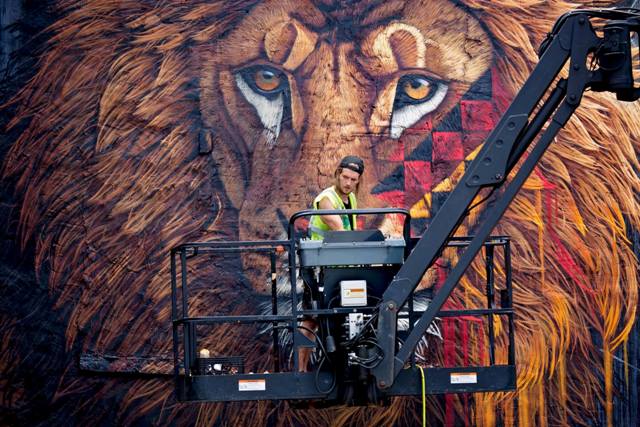 Johannesburg-based street artist paints a giant lion in Manhattan to raise awareness for endangered wildlife. Best-known for his large-scale street art around South Africa, Sonny has just completed an enormous 10-meter-high mural of a majestic lion, that looks down over the streets of Lower Manhattan. This mural launches the artist’s To The Bone project, which is aimed at raising funds and awareness for endangered wildlife. 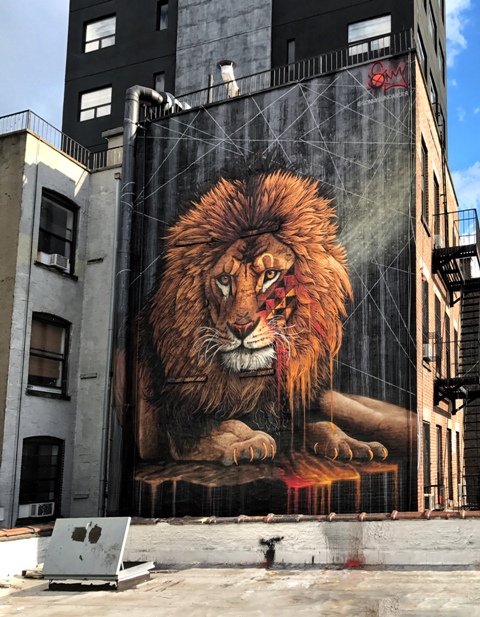 The project will see Sonny painting large-scale street murals of endangered animals around the world, as part of his global campaign to raise awareness for his cause. From big cities to rural villages, Sonny is using his art to enrich communities and to honour these animals that are so important to him. His next destination is Canada, followed by Russia and India, with the hope of extending the tour by securing mural sponsors in additional locations around the globe. 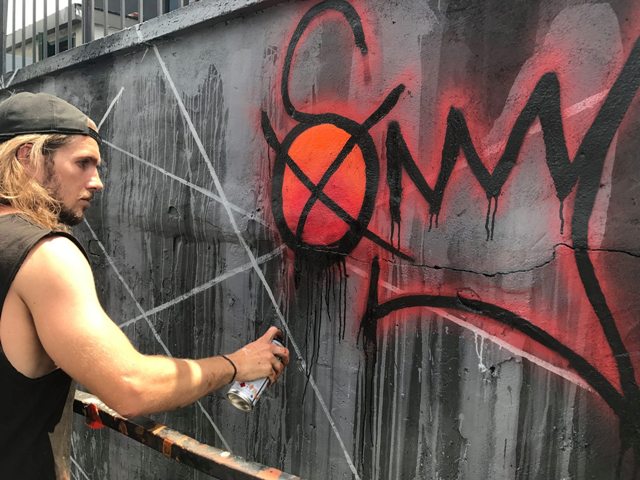 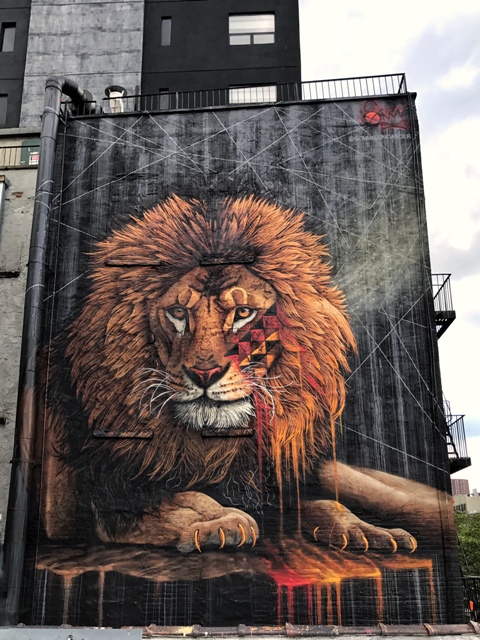 For this project, Sonny has partnered with IFAW (International Foundation for Animal Welfare). With projects in more than 40 countries, IFAW provides hands-on assistance to animals in need. They also advocate saving populations from cruelty and depletion. 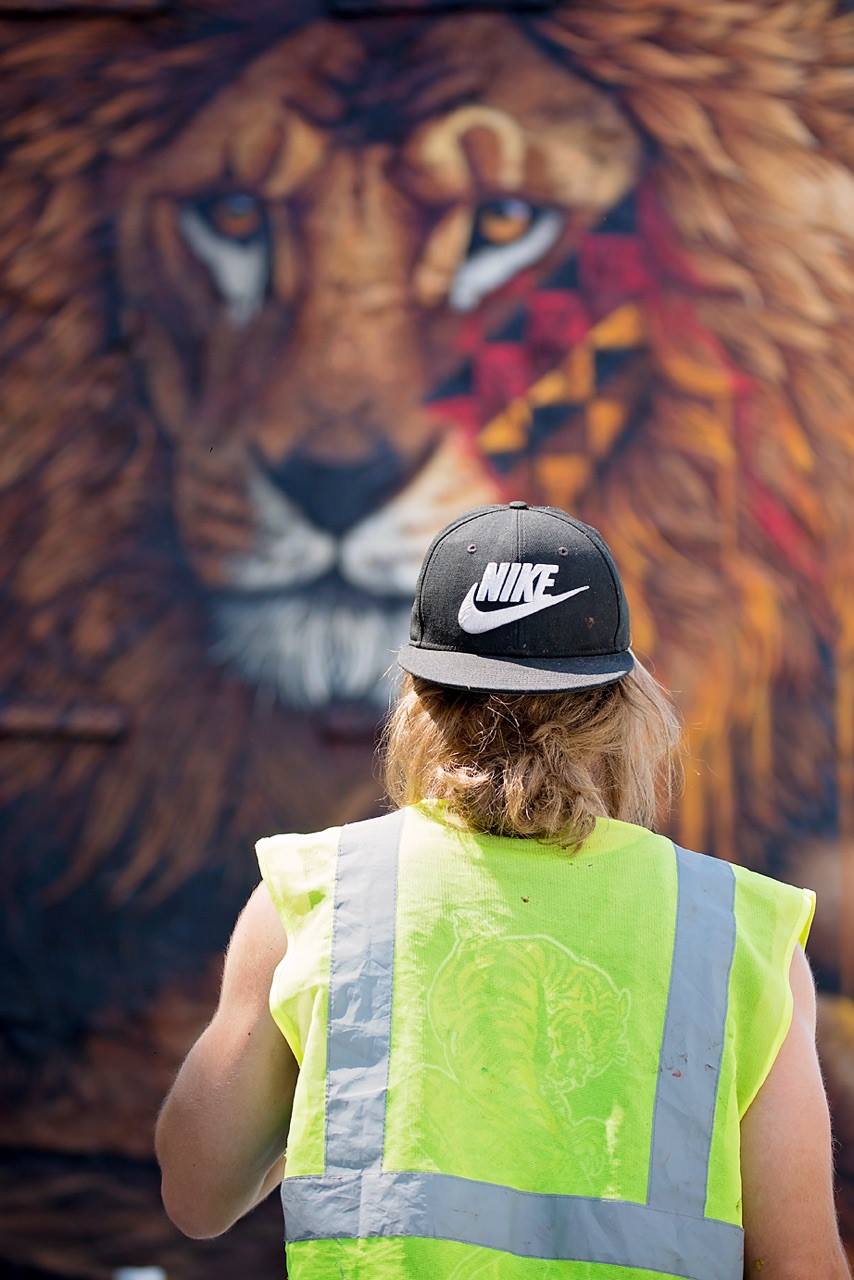 The project will culminate in an exhibition of Sonny’s original canvas artworks in London. A selection of limited edition hand-finished prints are currently available for online purchase, with more to be released. Through the sales of Sonny’s artwork, he will also be raising funds, with 10% of each artwork sale goes to IFAW’s Russia tiger work and South Africa landscape work. In addition to this, one of the original artworks will be auctioned off with 100% going to IFAW’s Russia tiger and South Africa landscape work.

How can you get involved?
• Sponsor a mural in your city! Email: [email protected]
• Buy a limited-edition hand-finished print: http://sonnyonline.com/product/kunga/ (currently
only one print has been released, but more to come soon)
• Donate to the cause: http://uk.virginmoneygiving.com/tothebone
• Subscribe to the mailing list for updates on the project: http://bit.ly/2rj2mRc
Learn more about it the To The Bone project: http://sonnyonline.com/tothebone/