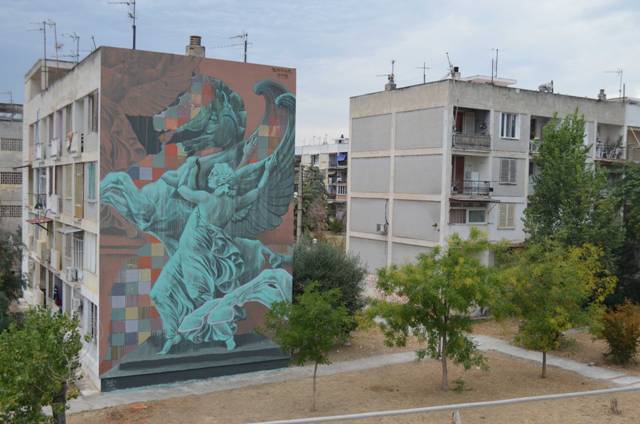 Urbanact established the realization of a series of public frescoes in the city of Volos, with the voluntary participation of famous artists from Greece and abroad, on surfaces that “emerge” from an open call to the citizens.

The action follows the efforts of the group since 2002 for the creation of “open” visual interventions in the city and also aims at involving citizens.The owners of the buildings are invited to discuss with the artist the drafts they submit and are invited to choose the final one to be implemented. Within the framework of this action for the second half of 2017, five frescoes with the participation of the artists Sokar Uno, Dreyk The Pirate, Taxis, Same84 and Apset. 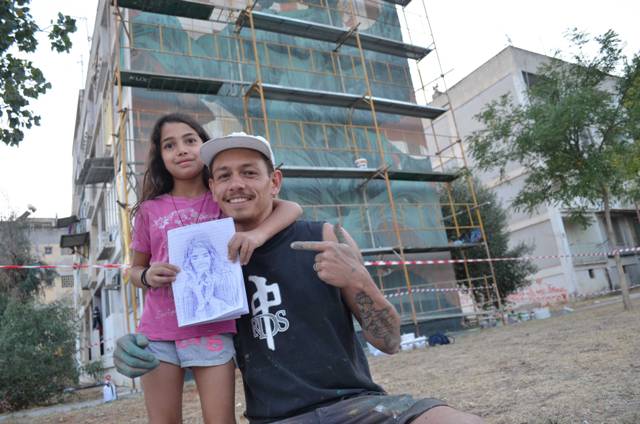 This is the first fresco completed by Sokar Uno in a labour block of flats in Xerokampos in Nea Ionia. The title of the work is “The Wings of Pegasus” and as the artist mentions, the fresco “talks about freedom in its general sense and how we handle freedom nowadays. All frescoes are “open” to the public, who can watch their creation and talk to artists alive. 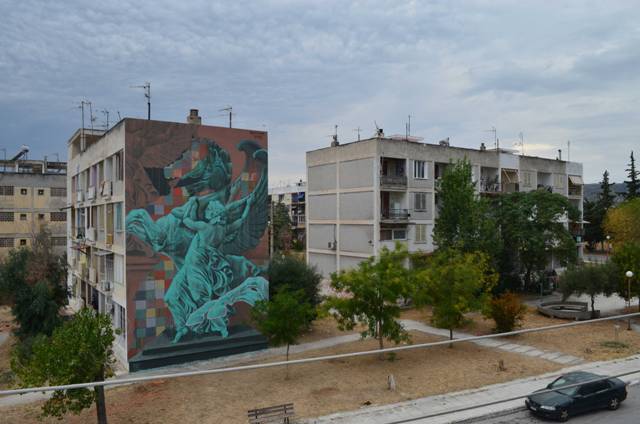 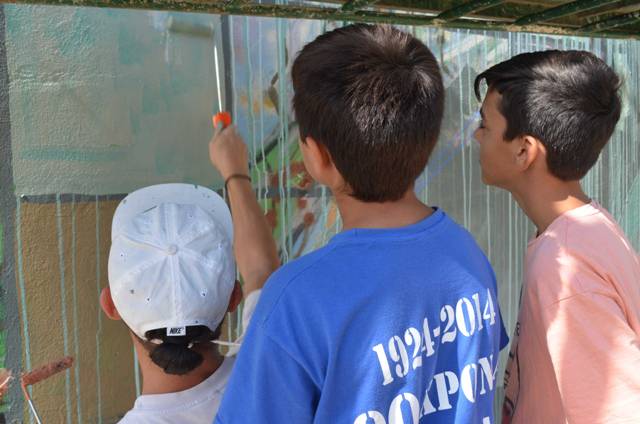 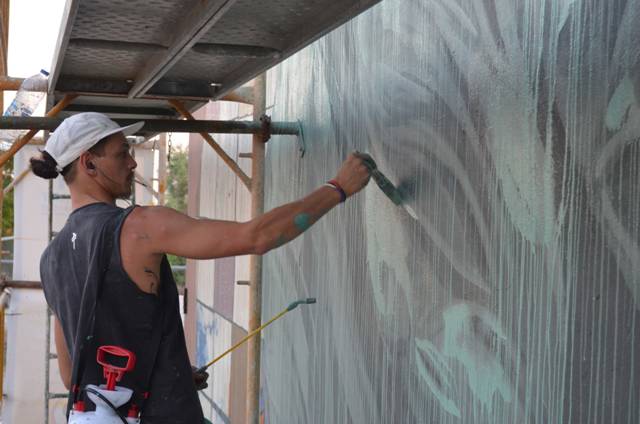 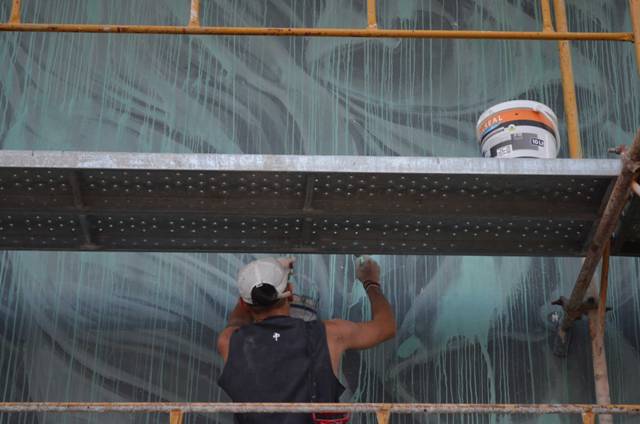 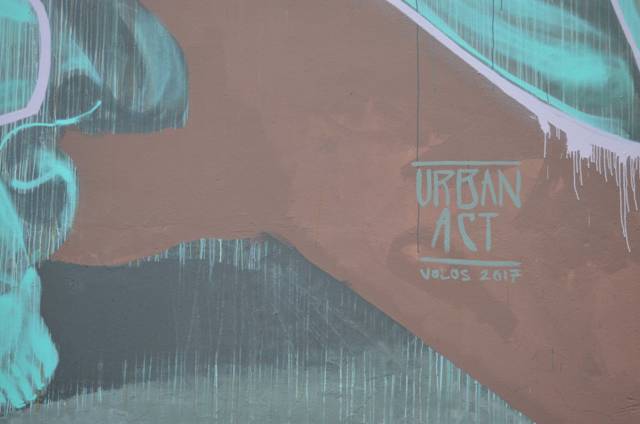 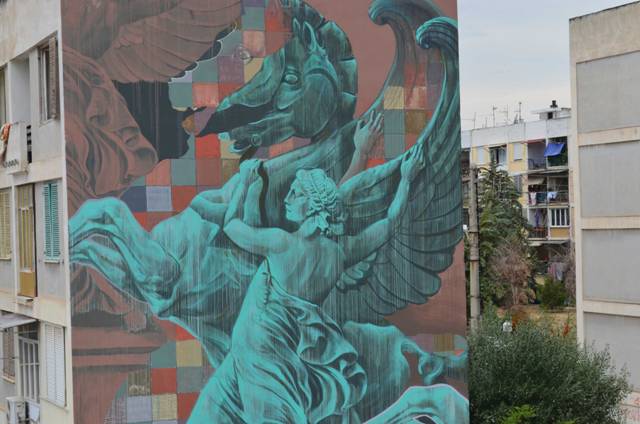