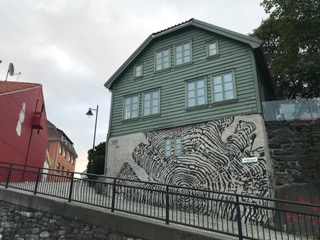 Each painting depicts tree rings that act as a diary for nature. Each tree ring represents a year and within each work lies a hidden message that relates to a significant event or events that occurred during that tree’s lifetime.

Skurk´s new mural in Stavanger plots the average global temperature back to the eighties alongside a quote from Donald Trump dismissing global warming as a threat to humanity. The rise in average temperature may seem insignificant when viewed from year to year but added together the small differences make an impact. Not unlike Street Art itself.

The Observer series as a concept stems from the artist´s deep-rooted fascination with the woods and a growing desire to leave behind all the digital tools of the trade. 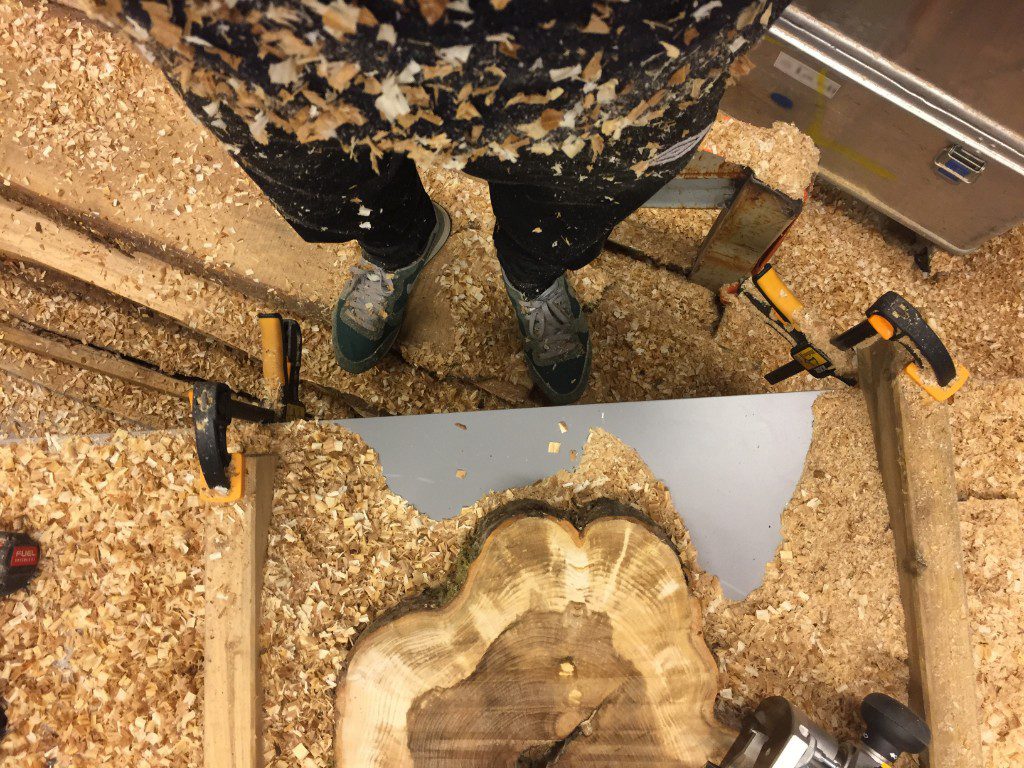 The exhibition at Nuart Gallery showcases original hand-printed artworks on canvas and paper taken directly from the wooden source. There will also be a selection of screen prints, including a triptych of the original ´observers´ that marked the beginning of this year-long study. In addition to their visual artworks Skurk has collaborated with Bergen sound designers to bring to life the voice of the trees, the result of which can be heard and bought at the exhibition in the form of a beautifully crafted vinyl. 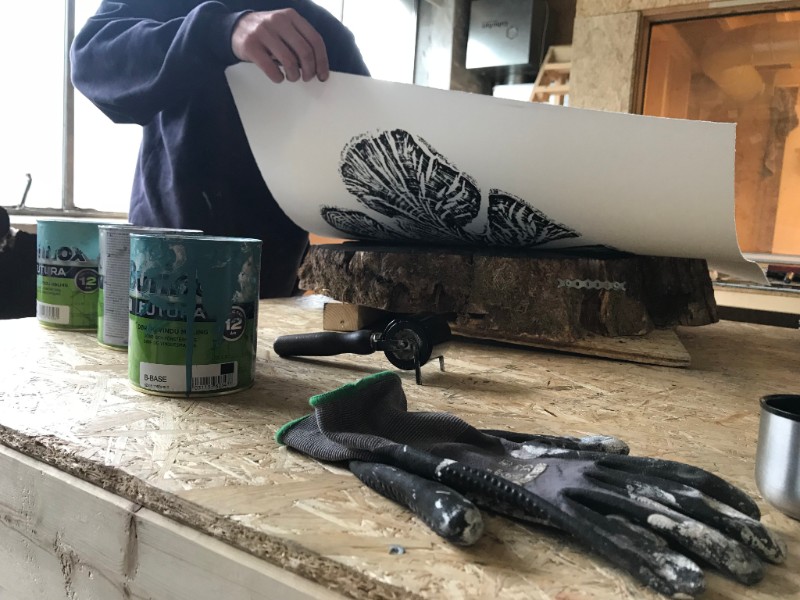 Photos by Brian Tallman and courtesy the artist.