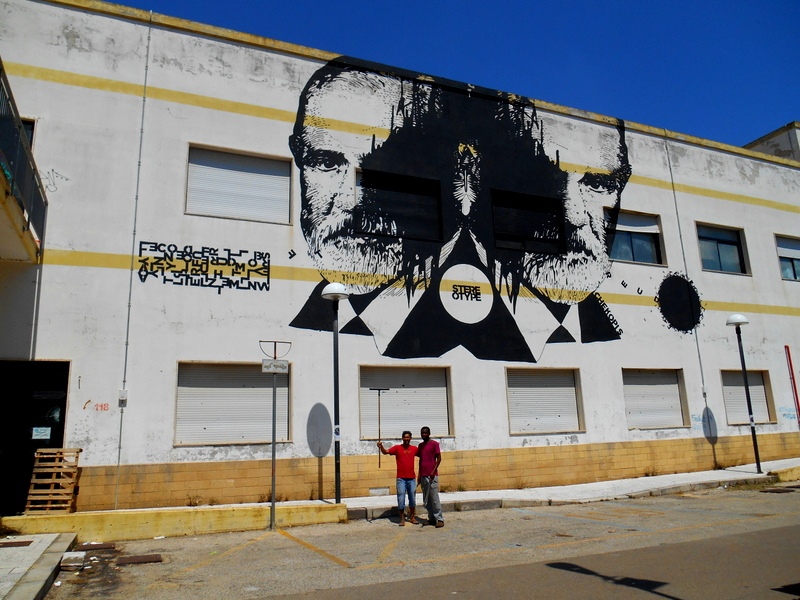 This is the latest mural by Chekos and Opiemme in Castellaneta, Italy, finished just recently. It was done during the Street art Festival ”Street like Rainbow”. The work came out by a Chekos’s idea, a reflection on the father of psycoanalysis, Sigmund Freud. In this work the artist tried to bring spectators to have an experience close to a personality test,  with an iconographic work, that in the black central part, reminds a Roscher test.

Opiemme worked on a letter’s geometric, a square and a circle, to express a duplicity of the mind. 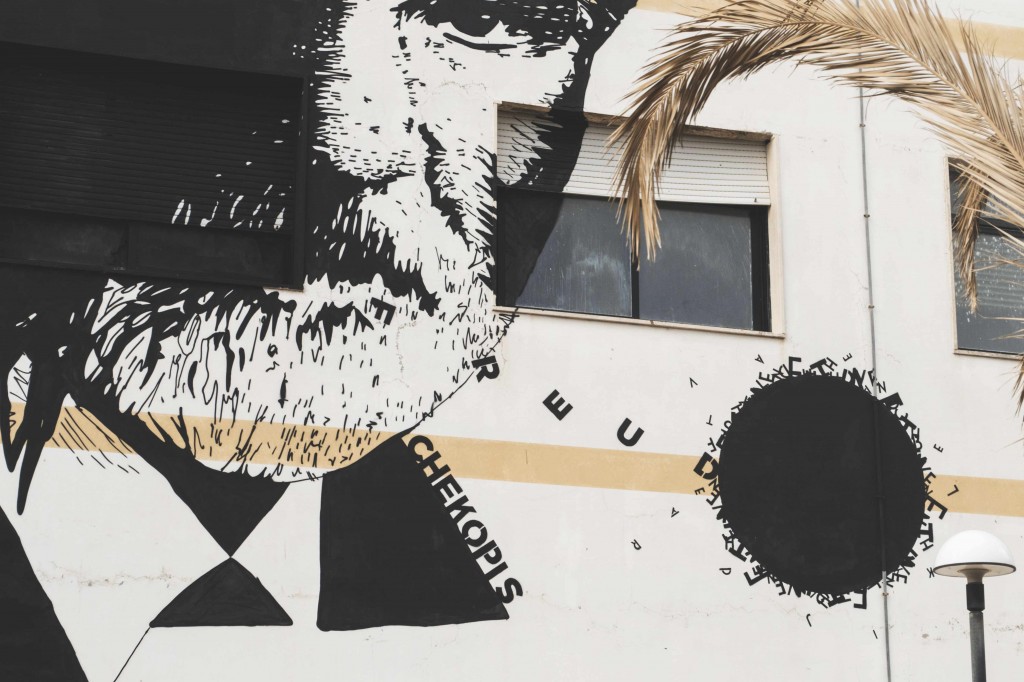 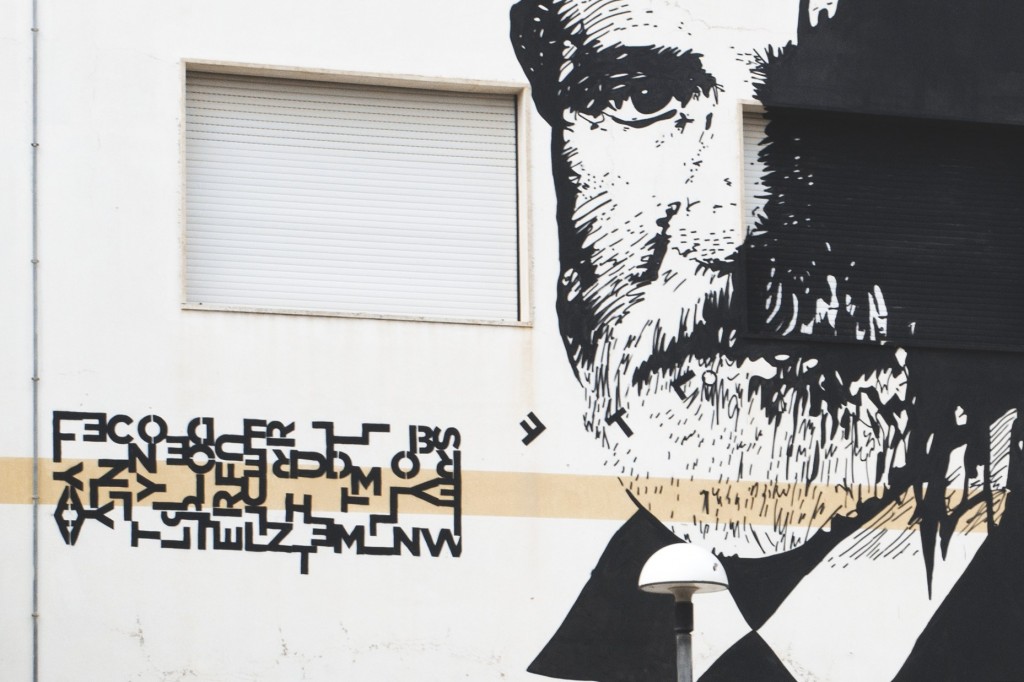 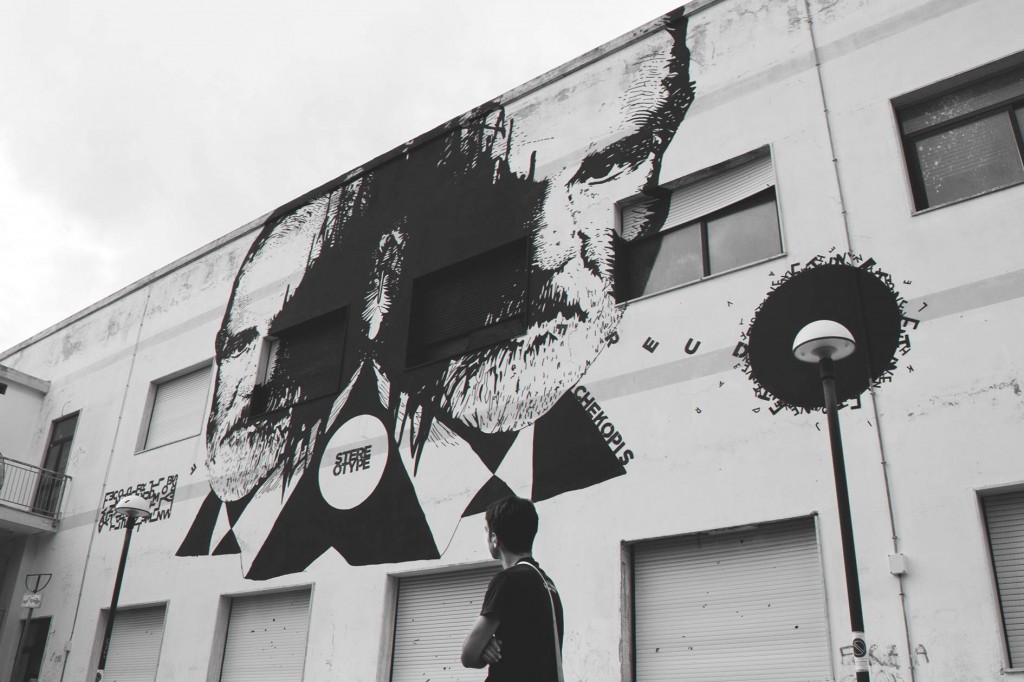 In the letter square O. they put some of the names that the spectators recognized into the faces. The words “Stereotype” in the centre of the composition refered to the process that makes people recognize different famous persons only because they simply share a beard.