Italian artist Flavio Campagna Kampa recently finished a large mural in Rome depicting a cinema icon Steeve Reves. In his own words the artist explains how it all unfolded.”My last assignment of 2017 was requested by fellow street artist and roman citizen David Diavù Vecchiato , working for ANAS the roman city roads department through his company MURO completing a large street art assignment to paint walls underneath the GRA Grande Raccordo Anulare the main circle road of the city, by many famous international wall painter artists, already 11 before myself.” 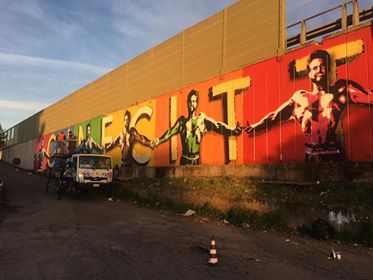 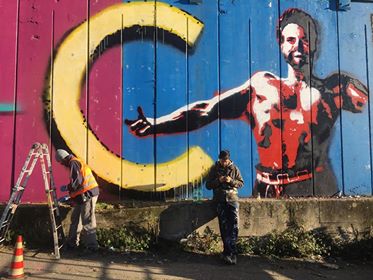 ”I was asked to paint the one near CINECITTÀ STUDIOS because of my Director past days and also about the PEPLUM period pieces shot there around the ‘60 like BEN HUR, CLEOPATRA and many more.

I got thrilled and excited by the idea, those were the film that I used to go to see on a sunday afternoon as a kid with my brother Gino in the local theatre near Piazzale Inzani in Parma Italy where we grew up!

I also immediately thought of making a portrait of Steve Reeves one of my bodybuilding miths in my teen, an American actor that came from California to Rome to become the lead of many Hercules films and others about ancient Rome.” 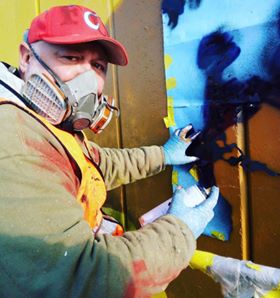 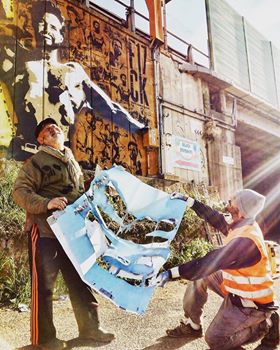 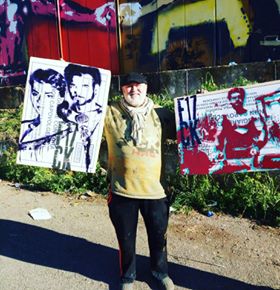 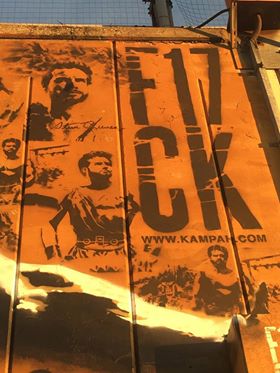 They told me I could make it as big as I wanted but decided straight ahead to take the whole 45×4 meters wide length of the entire wall…I wanted it to be as…KOLOSSAL as those old movies!

I wanted this also to become not just an old postcard of those old days, but also a symbol of joy and universal acceptance so I repeated the same picture of Steve seven times (like the hills and the kings of Rome) not only on a sepia tone version but also multicolored over the rainbow flag ! 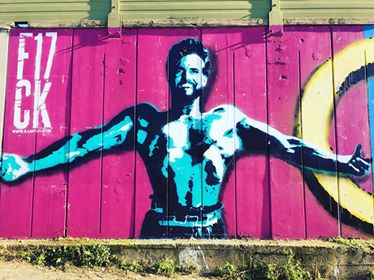 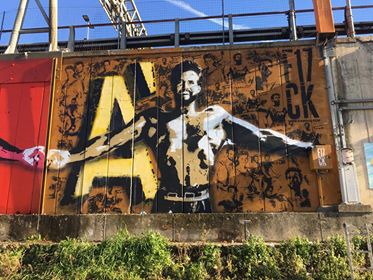 I got great support from David and two of his local assistants (Mirko and Giorgio) that also took me around their neighbor area ( il Quadraro) and showed me work of other famous international street artist like me before me (such as Buff Monster, Baseman and Ron English )”