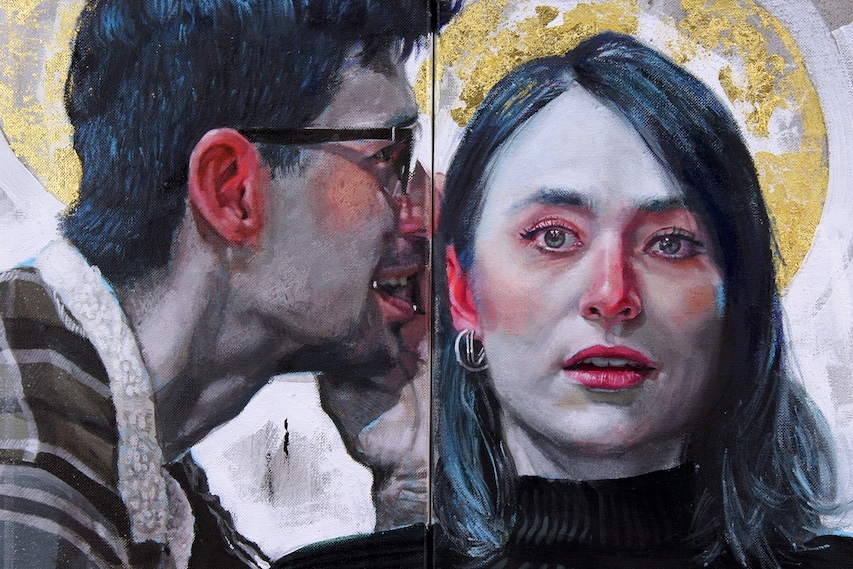 Check out the latest piece art of Dan Ferrer. “Recently artists Bezt (Etam Cru) and Natalia Rak from Poland, visited Spain to create two murals in “M.A.P.”(the festival that is celebrated in the city of Toledo and of which I am a curator). They were fun days where we could get closer and get to know each other better. From that relationship arose the motivation of wanting to represent them together into a work, which I had wanted to paint for some time. 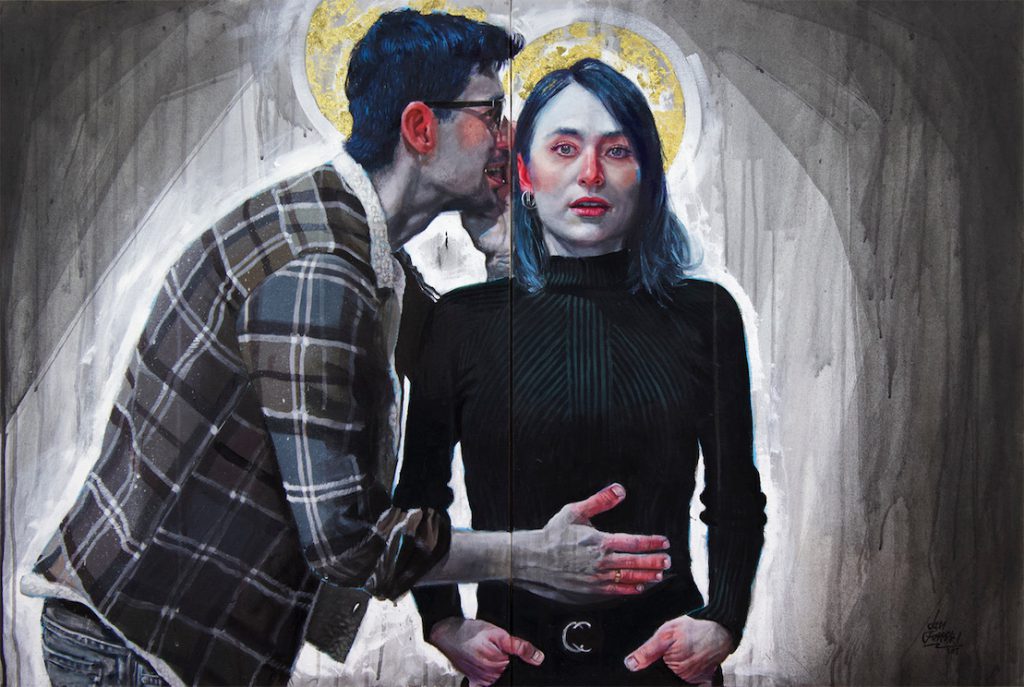 The work, although it represents an explicit and clear moment, is not so much, since we do not know what a character is saying to the other. I liked the fact that they are interacting together, but that each one had its own physical space, that is why it is a diptych, where each one has its place, although they subtly invade the space of the other.”