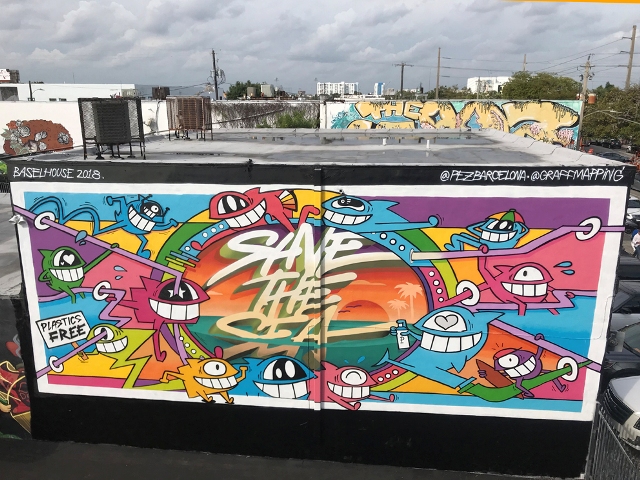 Montana Colors, Pez and Graffmapping joined forces on a special occasion to be part of BaselHouse Mural Festival 2018.

The International mural event was organized in December at the popular Wynwood arts disctrict in Miami.During one month a team of graphic designers, 3D designers, profesional animators and a music producer were directed by Pez and Suglas to carry out the idea of giving life to a graffiti wall, where to see the light one may have to wait until nightfall. 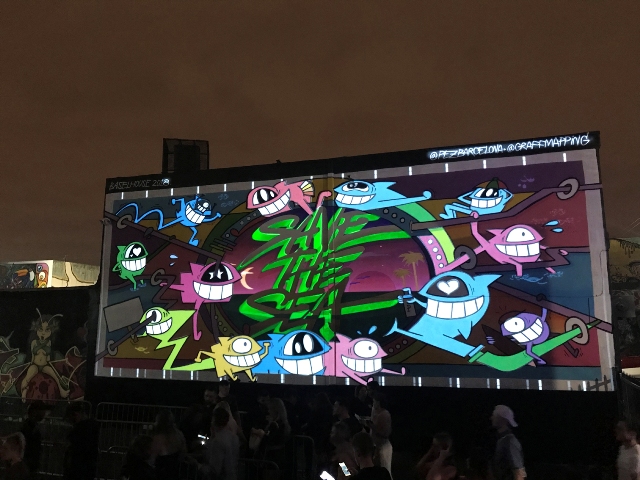 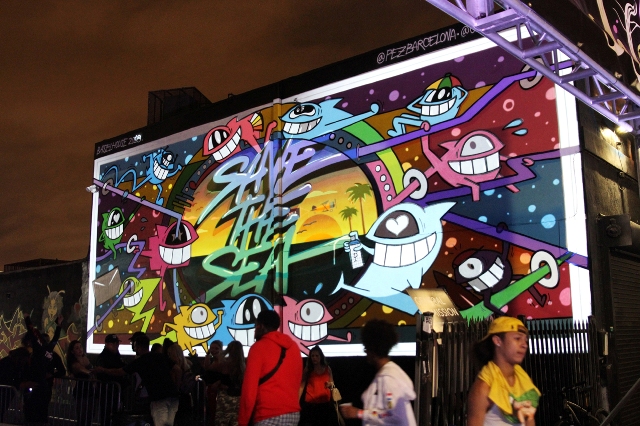 The main reason for this merger was to denounce the current state of the oceans of the entire planet and to raise awareness about respect for the environment by denouncing the consumption of plastic and the misuse of so many residues that surround us daily. 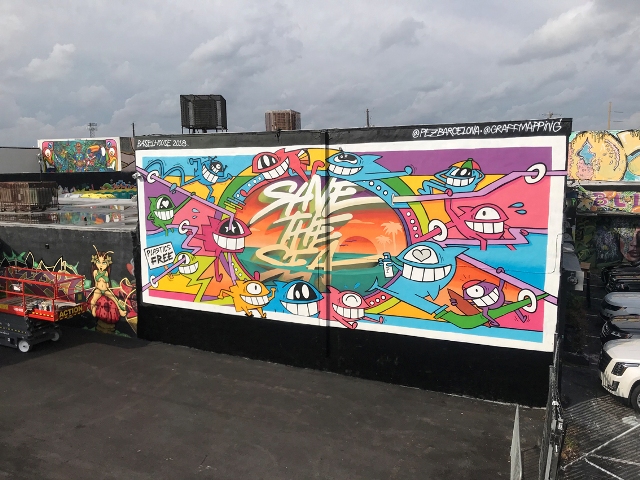 Using a Barco projector with 12,000 lumens of projection gave life to a wall of 12x6m, where we could enjoy 2 nights of Videomapping in the 5th Avenue of Wynwood with more than 5000 attendees.