Talented calligraphy street artist Said Dokins recently attended the Festival Letrástica 2017. The Festival took place on April 27rd till 30th in Guadalajara México and was dedicated to, as the name says, to Lettering and he could have not missed it. 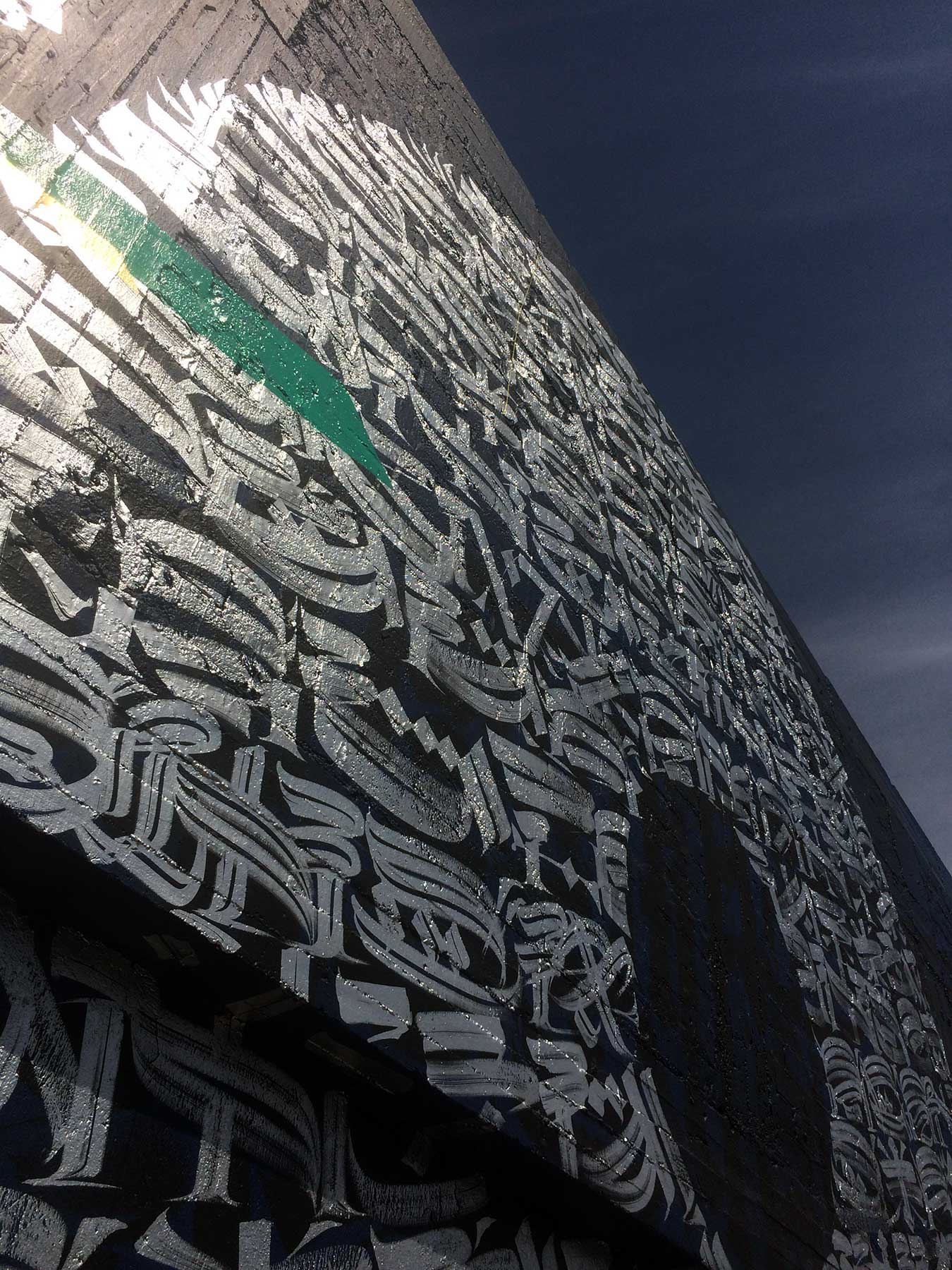 “This mural is a tribute to ancient wisdom, indigenous cosmogony and ancient thinking and refers directly to the prehispanic rain god Tlaloc, represented by those two great circles made using calligraphy and the geometric elements that accompany them. 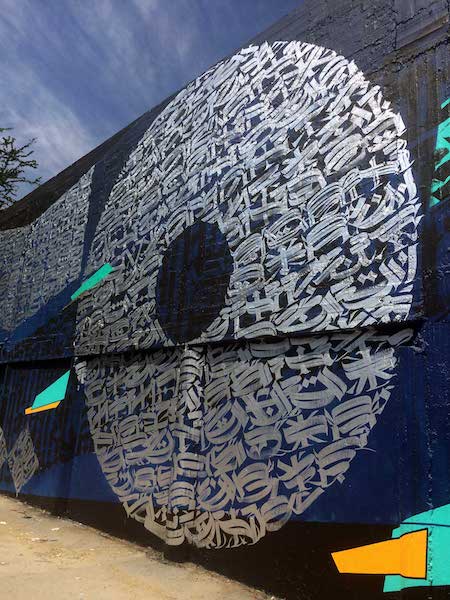 For Said Dokins there is a very strong relationship in the representation of the circle in multiple ancient cultures, he began performing these circular representations when he was a child studying Aikido and discovered in a book about Zen Buddhism. ”The practice of Ensō (円相), a way to cleansing the mind to prepare it for creation, is a hand-drawn circle made in one or two uninhibited brushstrokes with a Japanese brush, is one of the most typical subjects of Japanese calligraphy. In both pre-hispanic and Japanese culture the circle symbolizes the universe and the void, zero, flow and constant energy.” 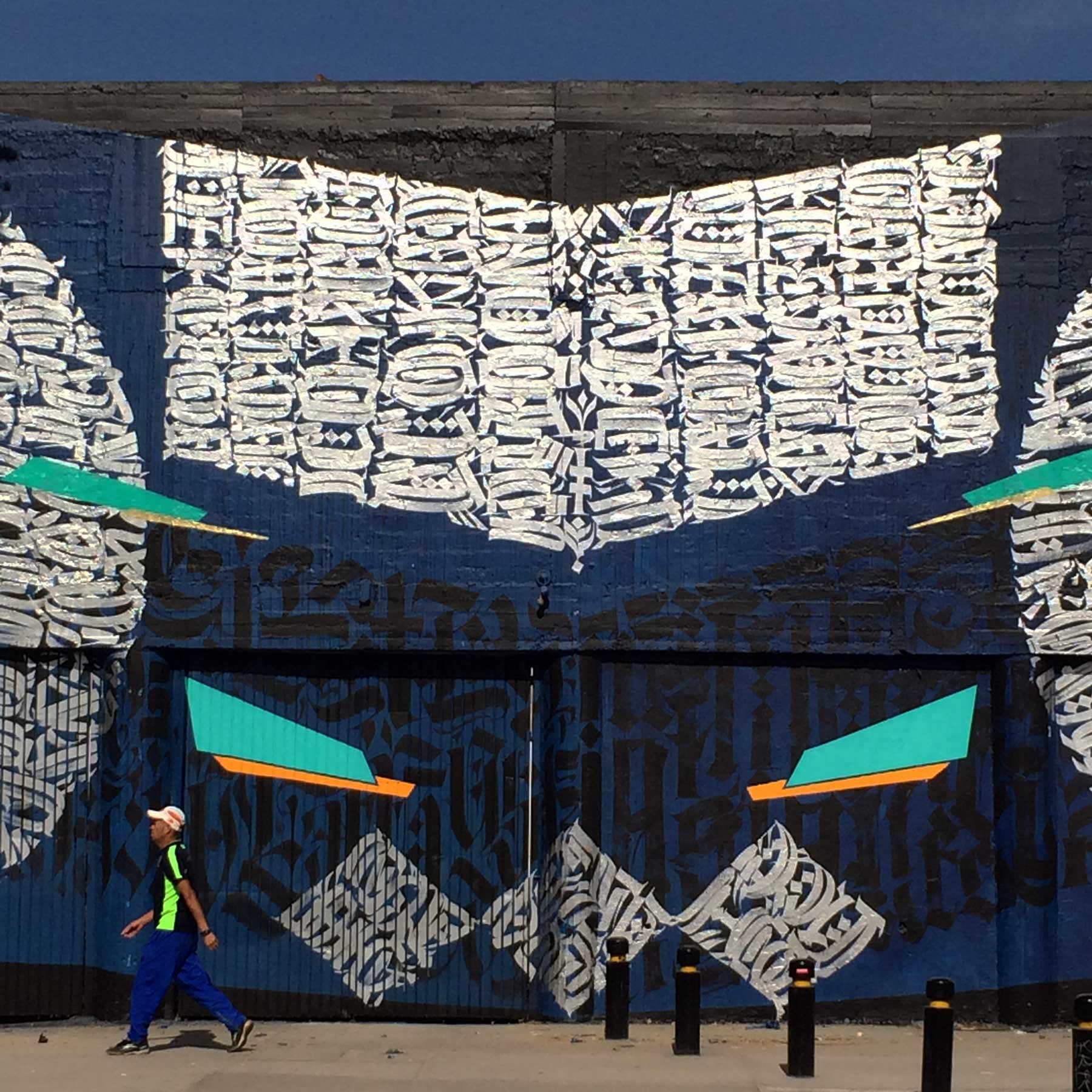 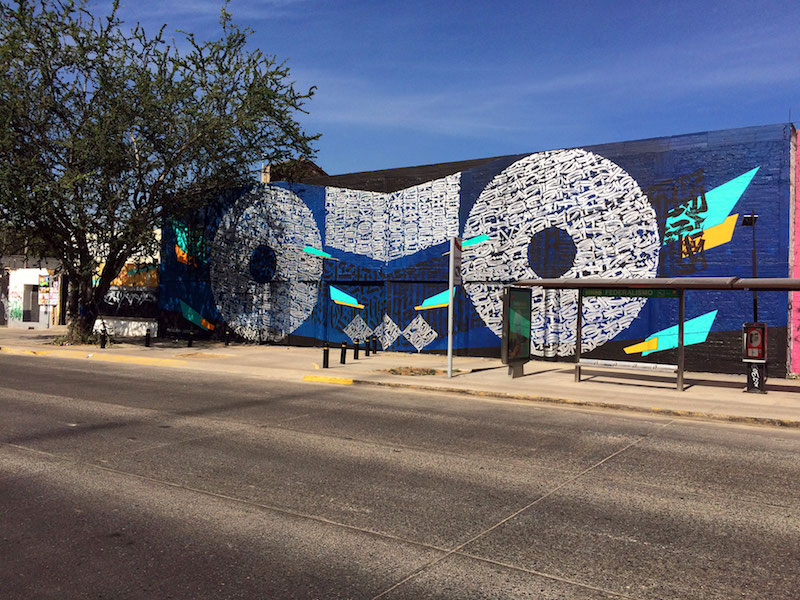