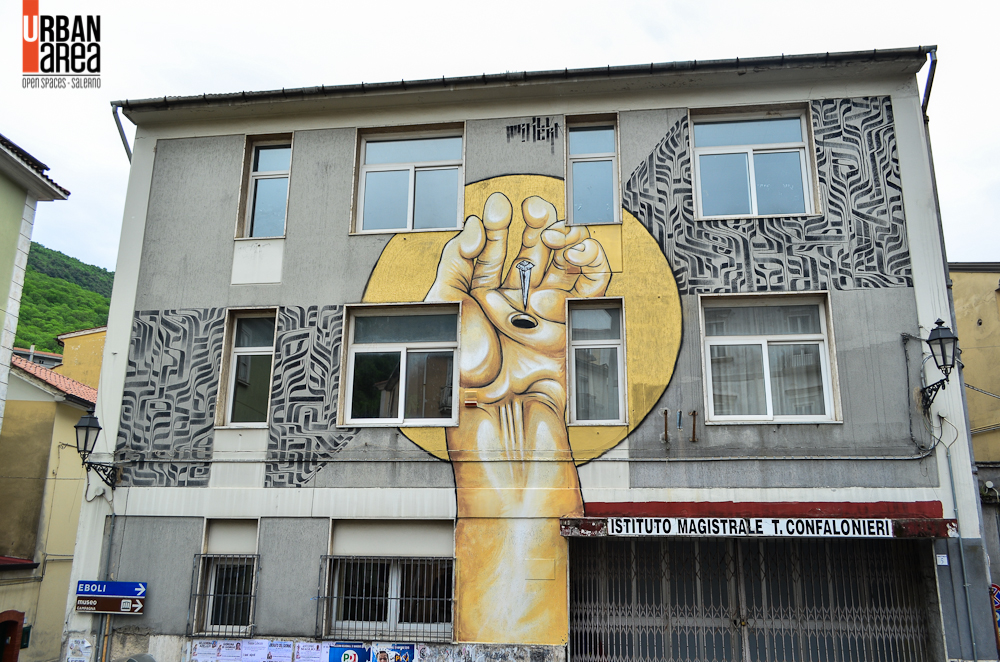 The project “URBAN AREA open spaces”, after Battipaglia (Salerno) and Ostia (Rome), continues its educational activities for the city of Campagna curated by the association a.DNA, completing the laboratory program at the Institute “T. Confalonieri” began on January, 27th.Following the workshop with the three classes in the 3rd year, in fact, the Roman artist Mr.Klevra was invited to make a site-specific intervention mural on the facade of the building facing the square named Giulio Cesare Capaccio, located in the center historic city.

The detail of the Crucifixion of Christ, the hand with the nail suspended on the palm, becomes a strong iconographic symbol to represent the “Sacrifice”: a tribute to the citizens of the Country and the historical figures associated with it, which during its rich and Long story they are “sacrificed” for the good common. A sacrifice for an ideal of freedom directly attributable to what the citizens contemporary perform daily, taking steps to maintain the cultural openness that has always characterized this area. 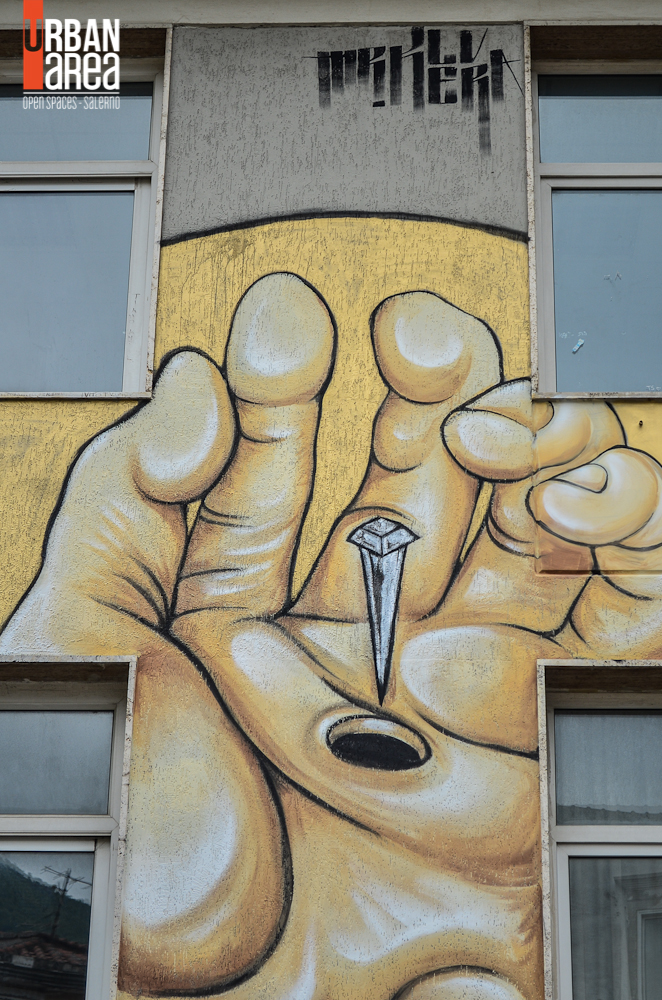 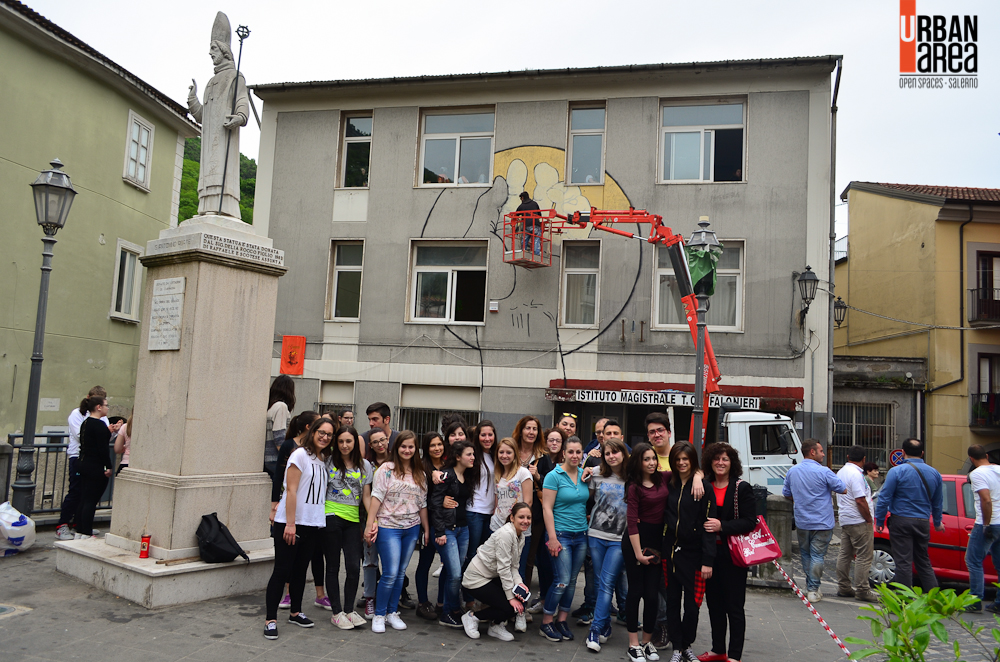 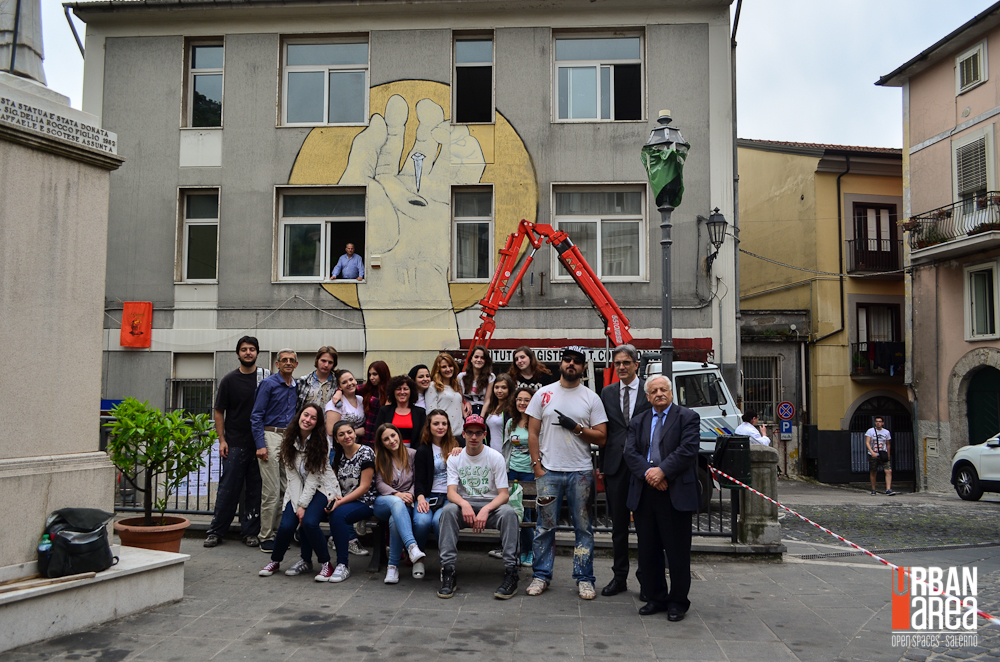 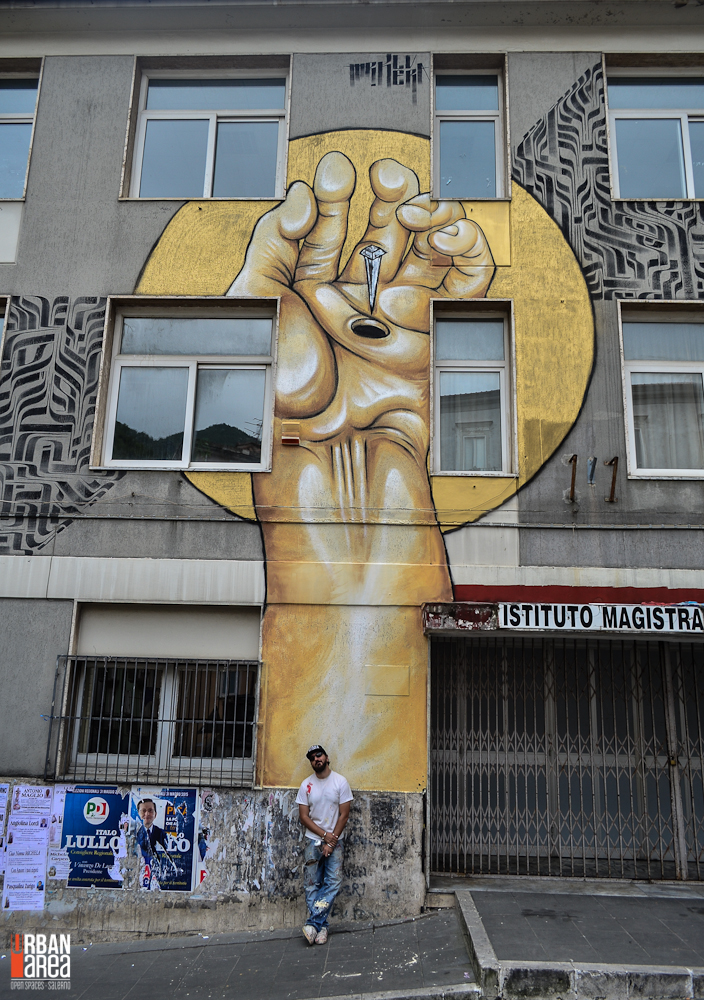 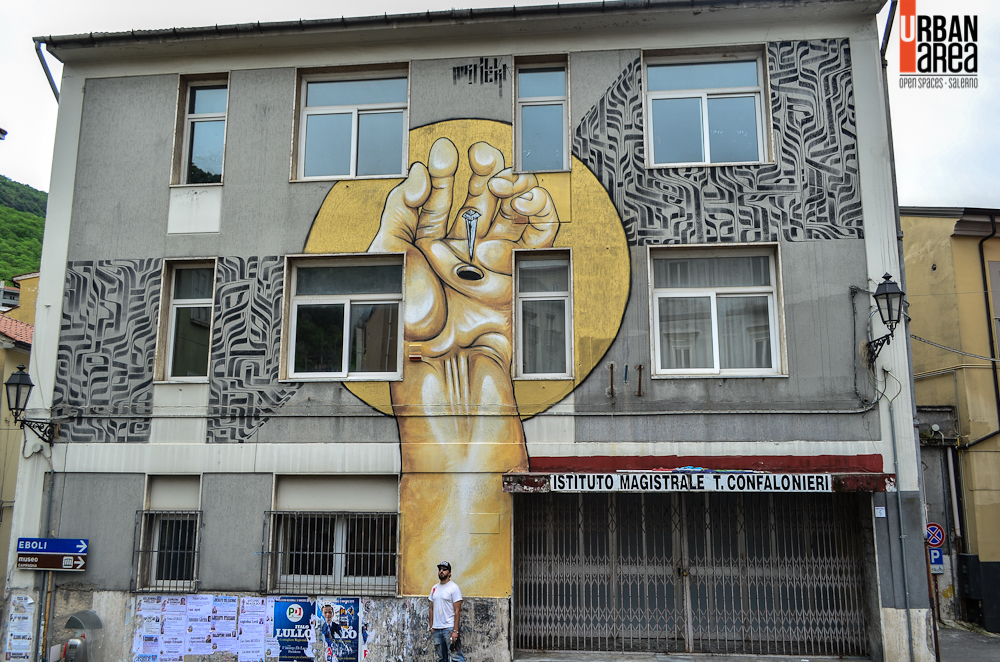 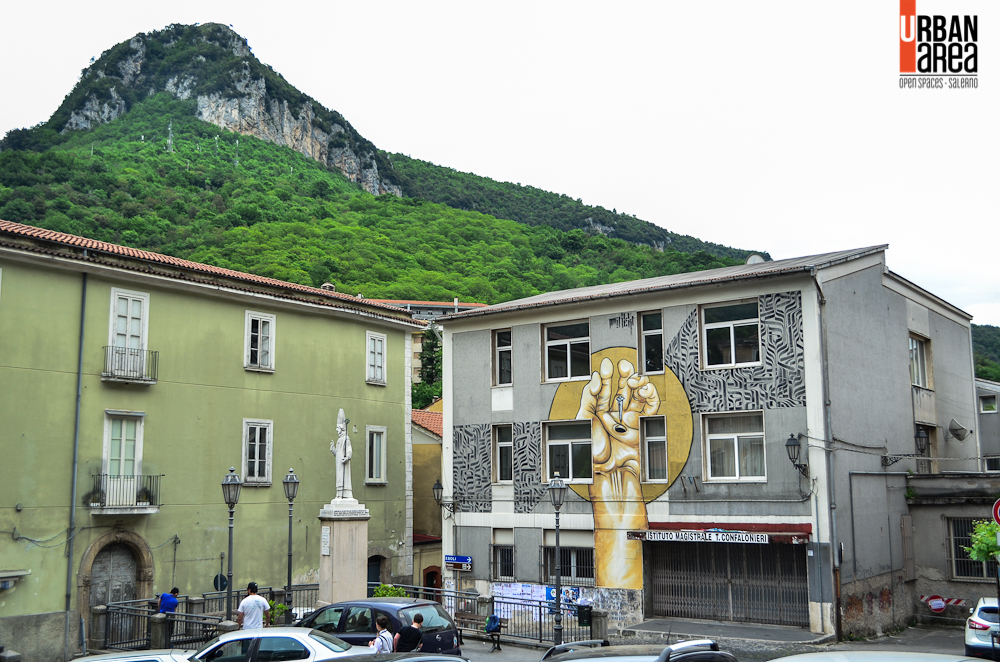 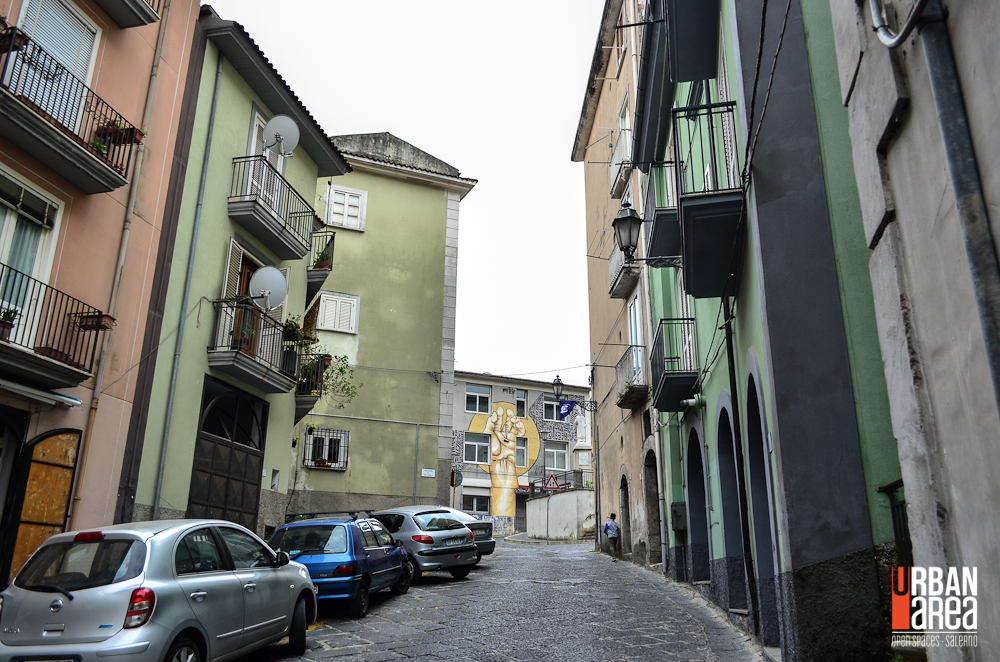 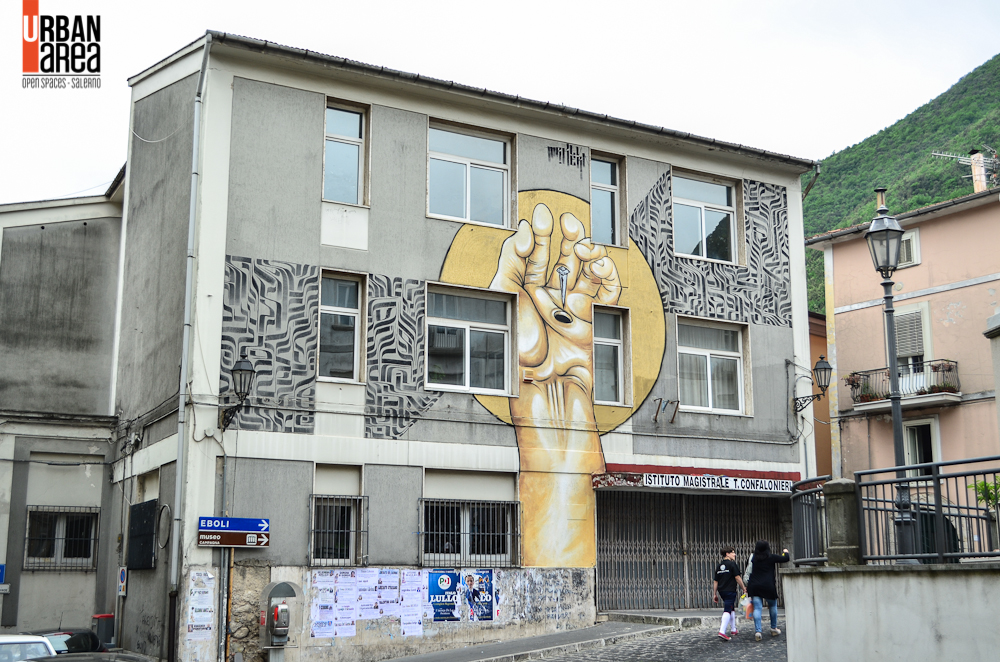 – A project curated by
“a.DNA”