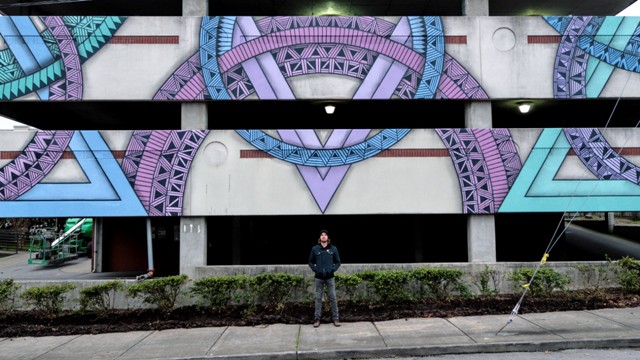 Chris Zidek has finished a massive mural in Nashville, Tennessee based on the so called “sacred geometry and ancient forbidden archaeology”. Lets find out what he has to say about it: 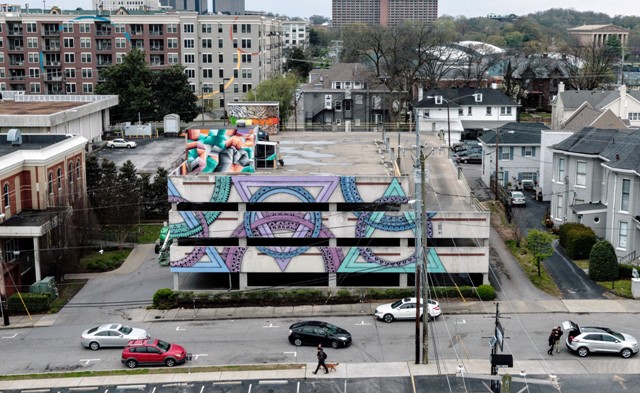 Question: What is the inspiration for your murals?

Chris Zidek: Rather than looking at art history or pop culture for inspiration, the majority of my inspiration comes from reading non-fiction. Quantum physics, sacred geometry, astrophysics, cosmology, ancient forbidden archaeology, and theories of an advanced human past all come together and collide in the stippled and patterned murals. 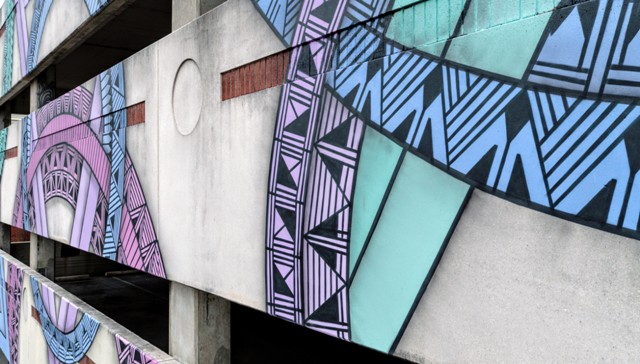 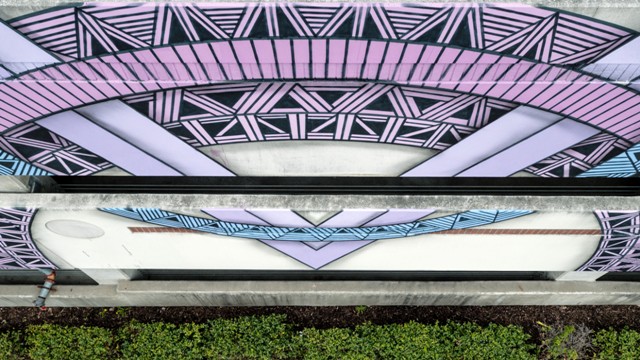 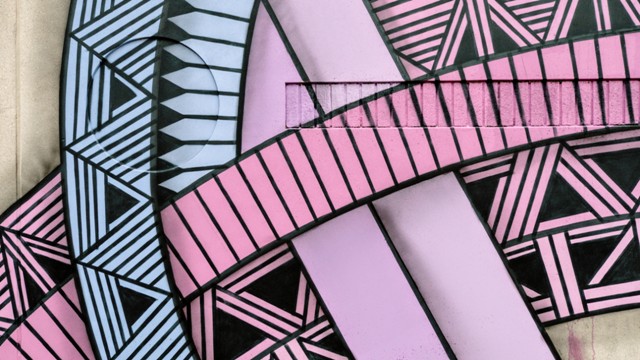 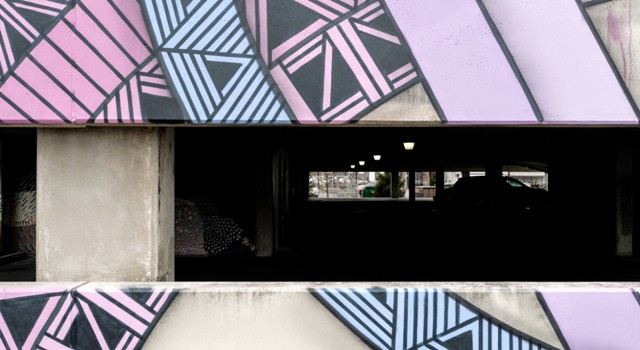 Question: You’ve done some large murals. What was the unique challenge with this project.

Chris Zidek: At 45 feet tall and 110 feet long, this is my largest mural to date, quite the challenge. I’ve recently been trying to get back to some of the fundamentals. Most importantly composition, so that the mural isn’t overwhelming or too muddy with detail. Let the mural breathe with some negative space as well as a since of subtle movement. These are my favorite colors to work with, some iteration of these hues make an appearance in nearly all of my studio pieces. 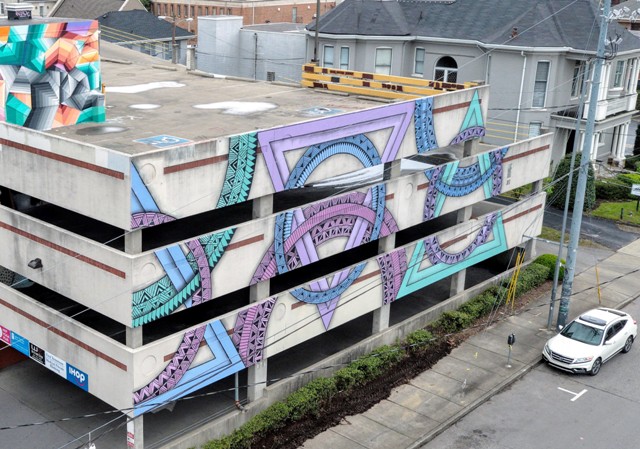 Question: What was the process for this mural?

Chris Zidek: Everything is mapped out on the wall using a combination of protractors, rulers, plotting points and a straight edge. Everything is precisely measured and plotted. All that said, I’m heavily influenced by our past civilizations and what built, believed, and wrote on their walls. Their art and language had such STYLE, and I try to bring a somewhat modern iteration of that glyph/pictographic element back to folks in my art. 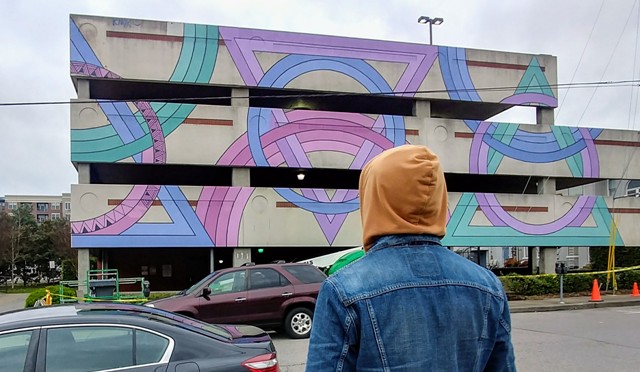 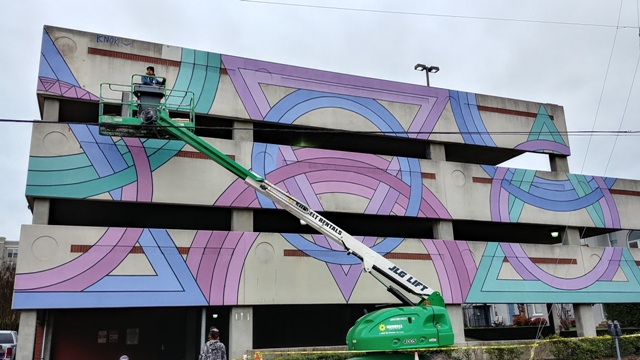 Question: What exactly is “sacred geometry”?

Chris Zidek: Sacred Geometry is a worldview of pattern recognition. The geometry is constructed by combining simple geometric forms in a complex manner to form a simple shape or design. The construction of Sacred Geometry has been dated to pre recorded history and can be found in churches, mosques, harmonics. Buddhist sand art, spiral galaxies, hurricanes, sunflowers, the human skeleton, high acceleration particle collisions, molecules, and many organic life forms. The ancient practice of Sacred Geometry has held its ground with the changes humans have experienced throughout the past 100,000 years. 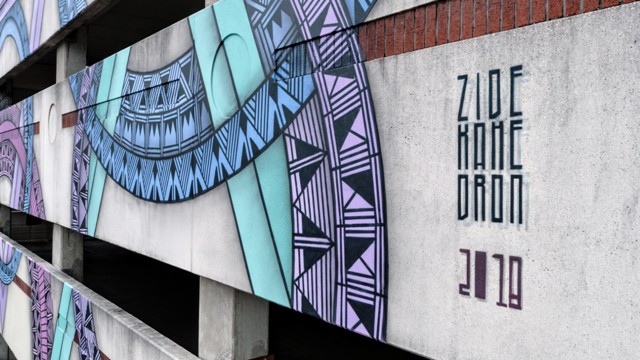