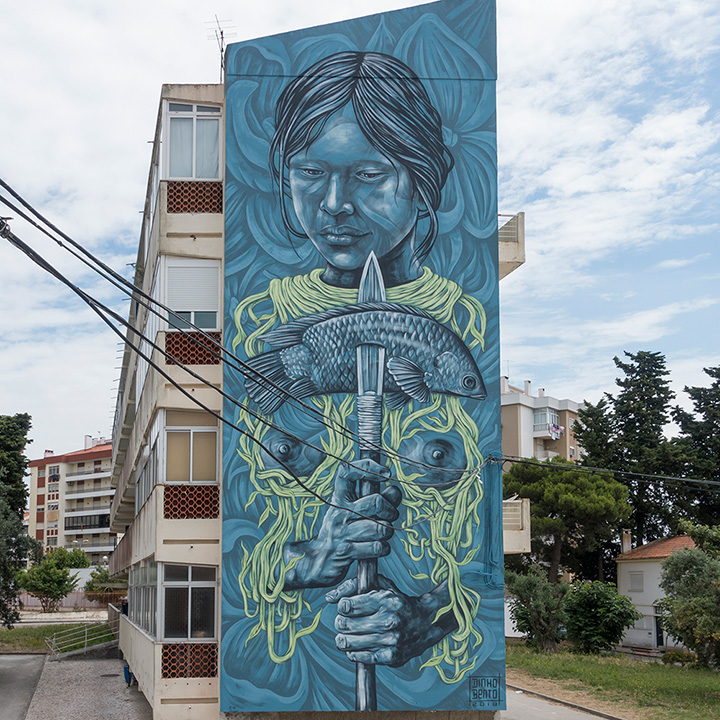 This mural made by Dinho Bento at the Loures Arte Public Festival in Portugal refers to the Rio Doce (Sweet River), one of the largest and most important rivers in the state of Minas Gerais, Brazil, which is now almost dead, after a big environmental crime committed by a mining company in 2015. The rupture of one of its dams caused, in addition to the fatal victims, dumping of heavy metals and toxic mud in great quantity in the Rio Doce, ending the life in this river. Much of the 853-kilometer river water is now unfit for agriculture, human and animal consumption. 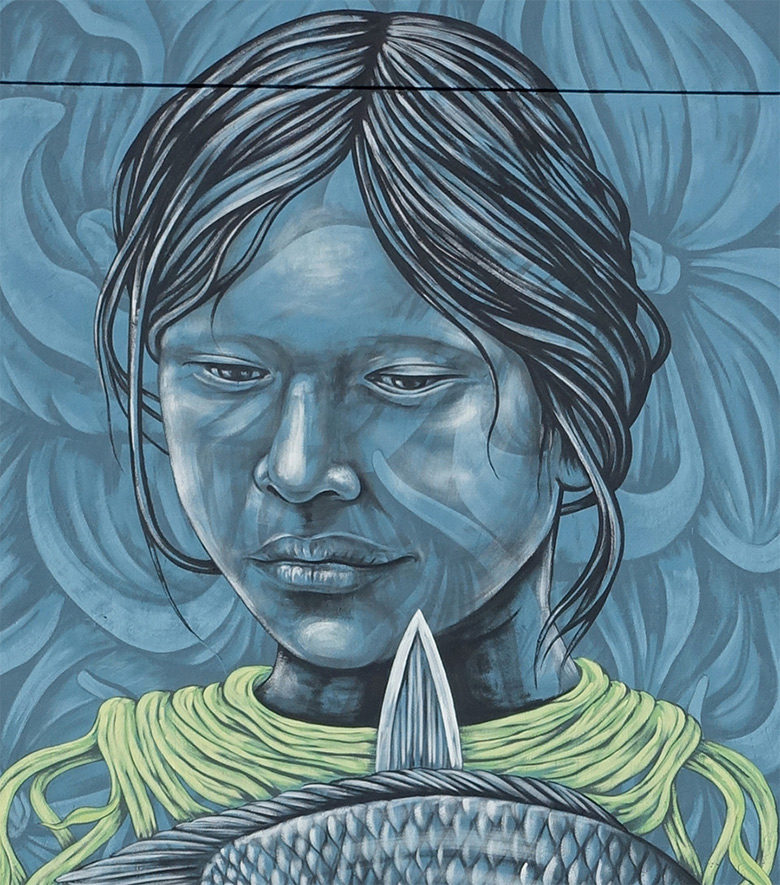 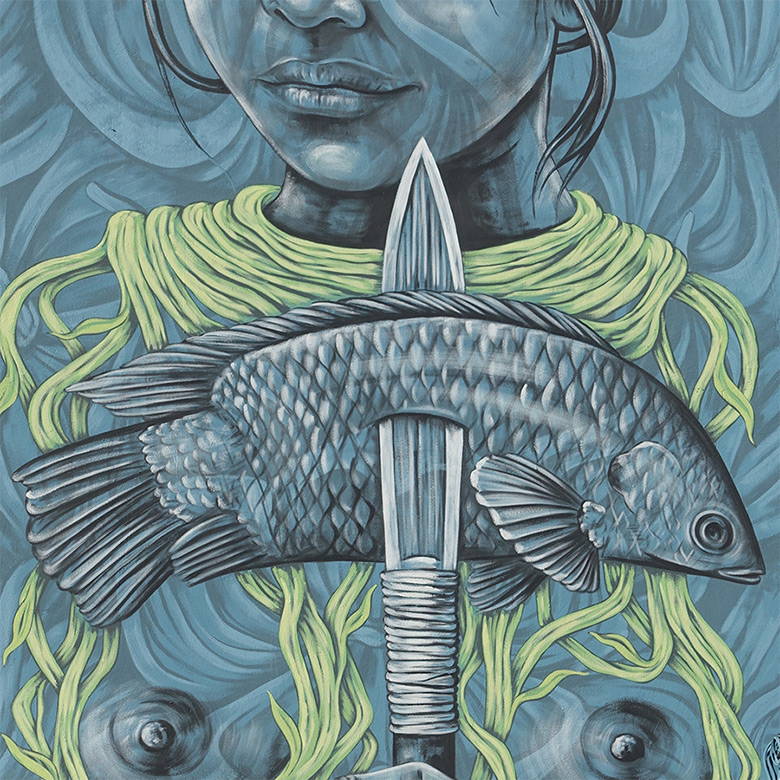 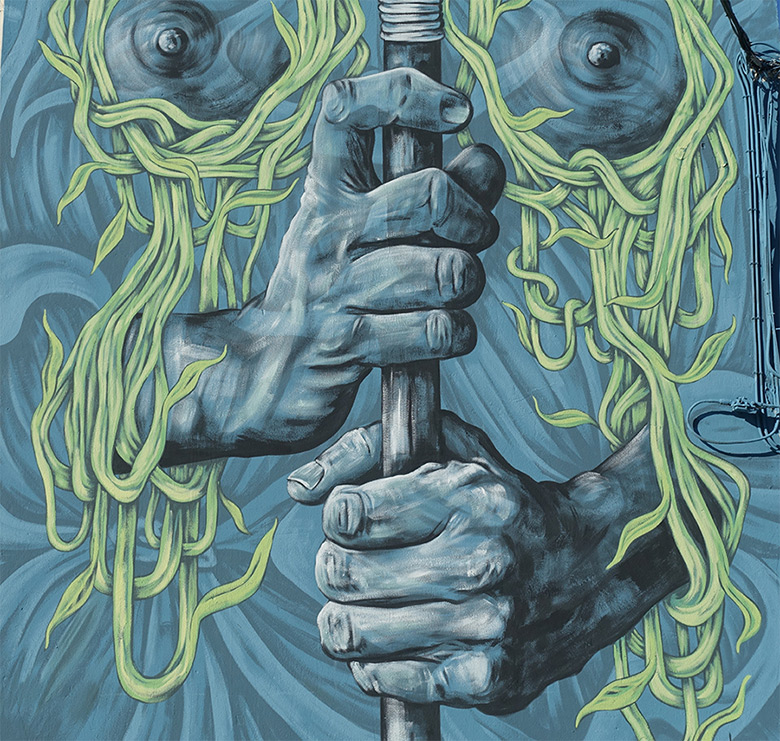 The Krenak Indians, who live on the banks of the river, can no longer swim, fish and had to stop celebrating rituals in the river water. Indians also had to change their eating habits and raise cattle, which they have never done before.

These people today depend on assistance in obtaining potable water, while trying to survive in the face of the difficulties caused by the greatest environmental tragedy that has ever happened in Brazil. 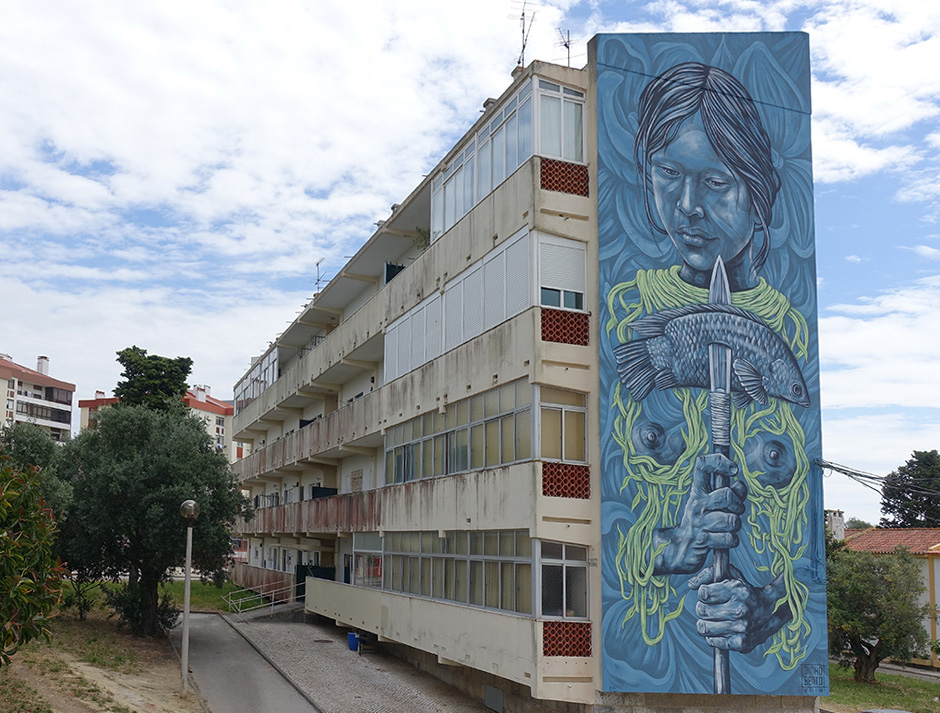