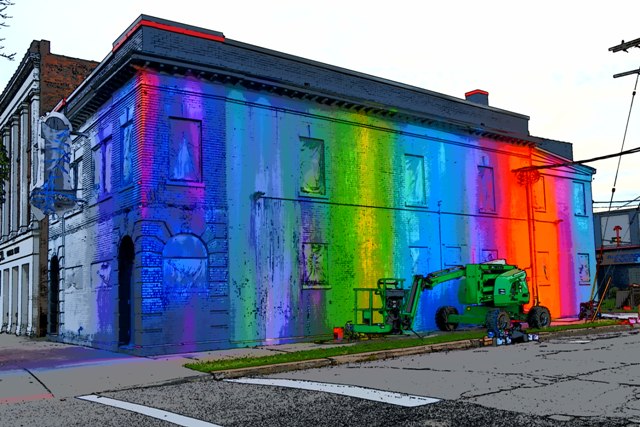 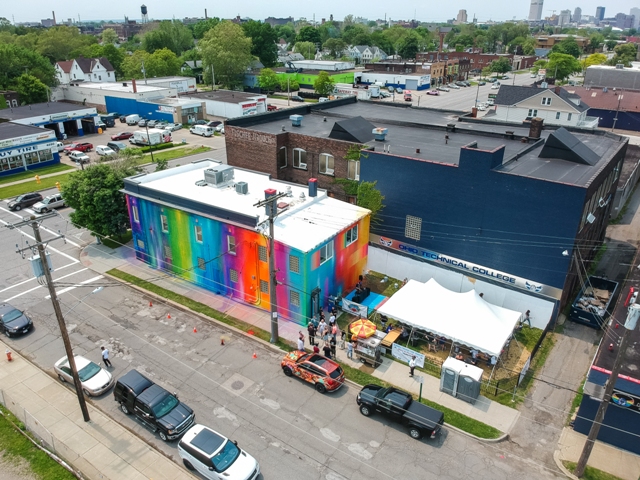 Risk, a Los Angeles graffiti legend, gained notoriety for his unique style as one of the first writers in Southern California to paint overpass signs and freight trains. He has since cultivated his style in the streets and the studio while branching out as an entrepreneur through the creative industry. Stamy Paul, President, and Founder of Graffiti Heart admired Risks personal story leading up to their collaboration. Stamy’s dream is to showcase local and international street artists through the gallery. “It’s definitely a destination for visitors,” Paul said. It took four days for Risk to create the rainbow-colored exterior. Risk was assisted on the mural by Nashville artist Chris Zidek. 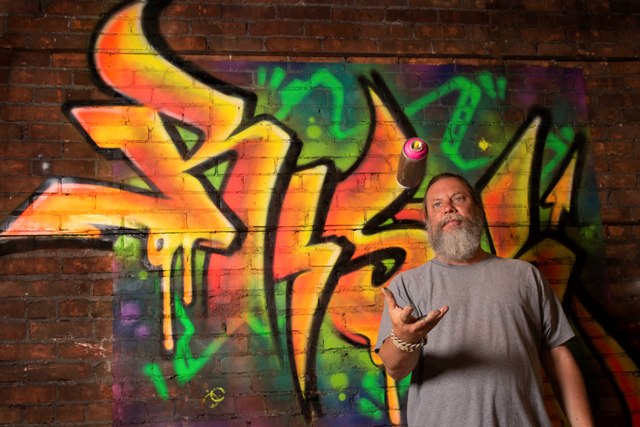 Stamy Paul founded the nonprofit in 2013 to beautify and revitalize spaces by connecting street and graffiti artists with commissions projects. Through the pre-college program, Graffiti HeArt has raised over $50,000 in scholarship funding for Cleveland’s underserved youth. 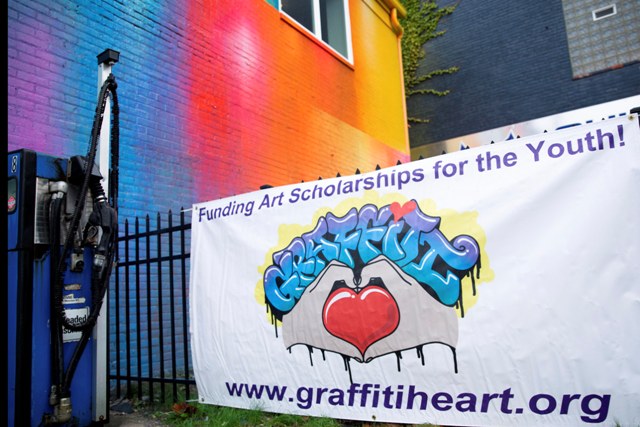 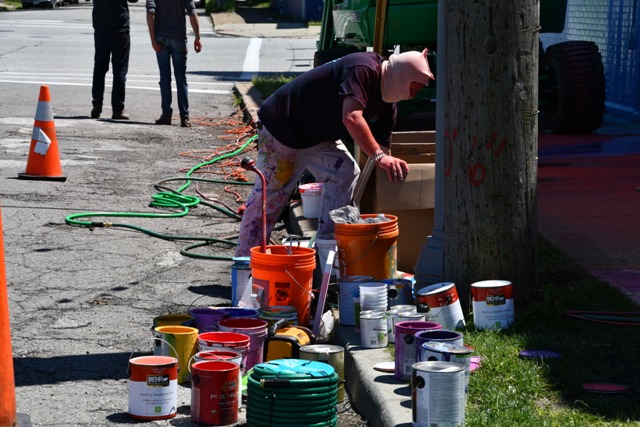 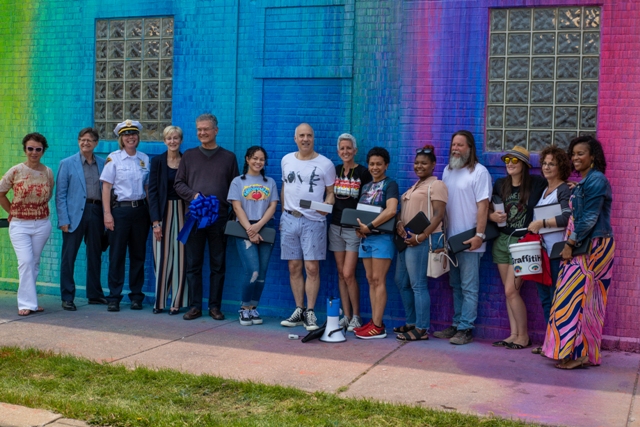 Stamy Paul, President and Founder of Graffiti HeArt shared the excitement behind Risks mural:
“I can’t overemphasize the impact of having RISK come to Cleveland. He’s one of the top, world-renowned graffiti artists. People who understand the graffiti world and the history, they’ll know who RISK is. Having him come to Cleveland is huge. The fact that he be painted a mural installation on the entire exterior of our building is huge. It’s one of a kind. He also is painted a mural on one of the walls inside the gallery, which will be part of our permanent elements of the gallery as well. We’re going to become a destination based on his media.” – Stormy Paul
“Overall, I think street art has become more mainstream, especially mural art. There are more people who reach out to us around graffiti because they think it’s cool and it’s edgy. They see it as being more acceptable now.” -Stamy Paul 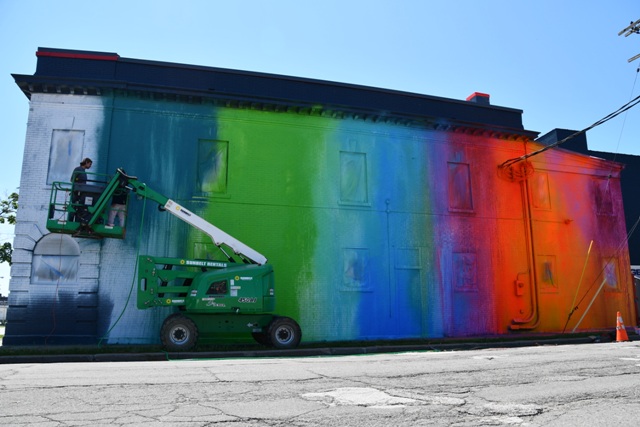 “Risk’s a big fan of Cleveland, he’s never been to Cleveland before,” Paul said. “He’s committed to coming back on a regular basis. There’s a lot of people who want to see it.”

Risk quote:
“I call it beautifully destroyed, and it’s basically these color washes I do that originated with graffiti palates, and I wanted to see if I could evoke the same emotion as I did with graffiti without using letters or characters.” -Risk 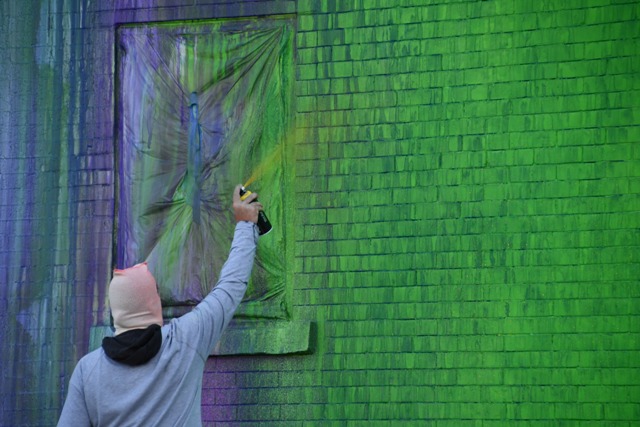 “Graffiti HeArt is a great resource for artists in Cleveland. They are doing a lot to help support local graffiti artists and promote the artform in the community. I wanted to contribute something that would have real impact for the foundation and bring some color to the neighborhood” 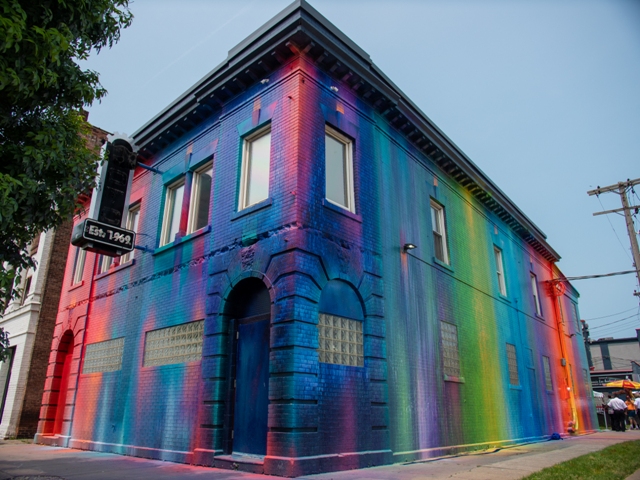 “The mural was a great opportunity. The building itself has some really interesting architectural elements that I wanted to incorporate into the design” 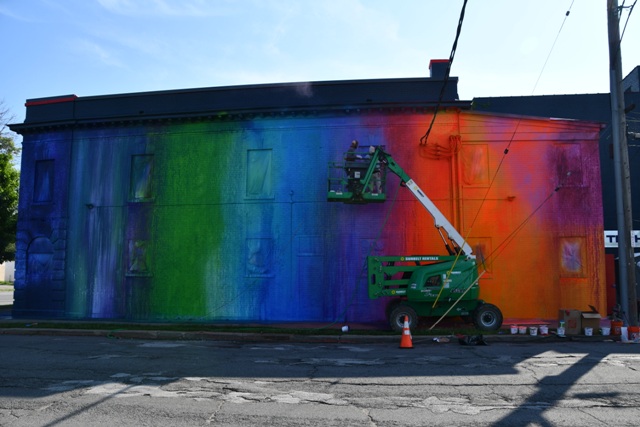 “This was my first extended stay in Cleveland. The community was extremely supportive. We had crowds come every day to watch us paint. The reception to reveal the mural was a sold-out event. I want to come back to Cleveland and do more in the future”. 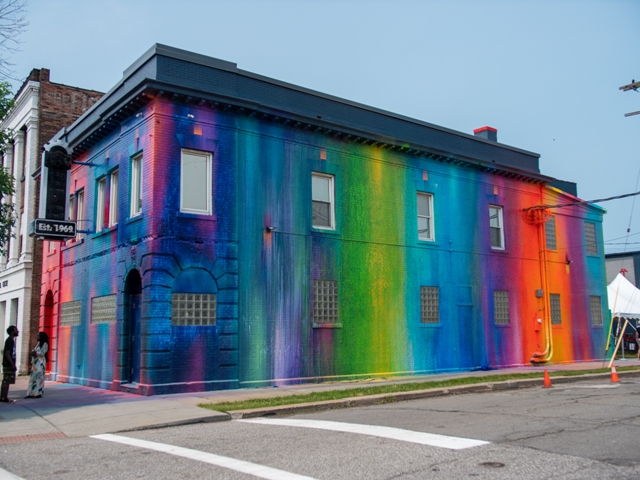