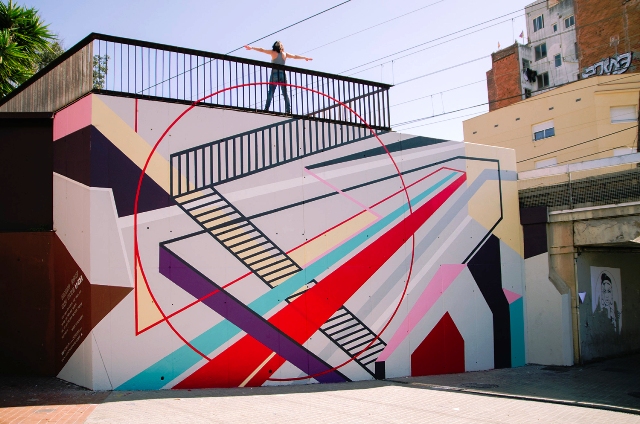 Before known as ‘Labuenaylamala’ she lives and works in Barcelona. She started making cinetic sculptures in 2002 and combine study work with urban art
interventions. Her abstract work, with a clear interest in the movement and composition of forms in space, is marked by the importance of volume.

“The idea was to do something that I had not done before, I proposed myself as a personal exercise use the architecture, elements and colours that surround the
wall, integrate it in the environment, and break with the rectangle as the space to intervened. I continued the ring giving form to a flexible tube attached to the
railing, this way the space grew and transformed. The railing can be understood as a stairway or the same railroad track also. 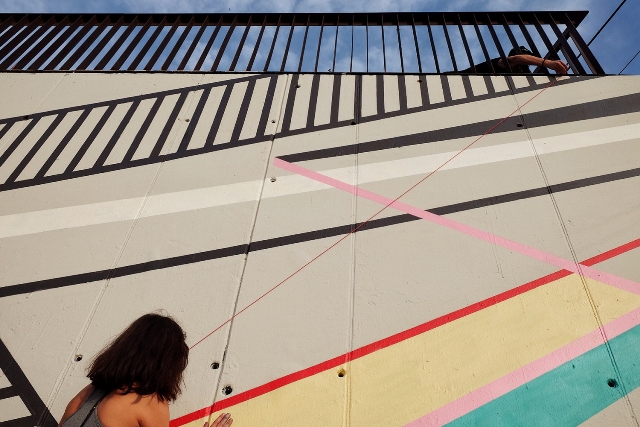 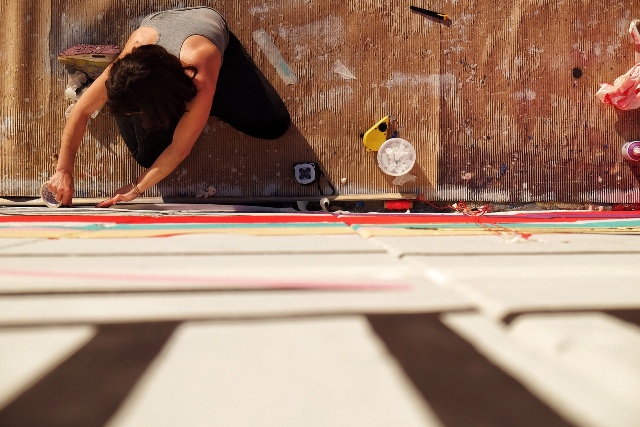 ”The composition is directed from a point of view where using the perspective, the lines of the buildings and adjacent walls, the railing, the cables of the train and the floor, enter in the wall extending, forming a visual circuit across it with the movement of these and finally takes you to the train that passes constantly. An important piece in the intervention as it symbolizes traveling, moving forward, and movement.”
Elbi Elem 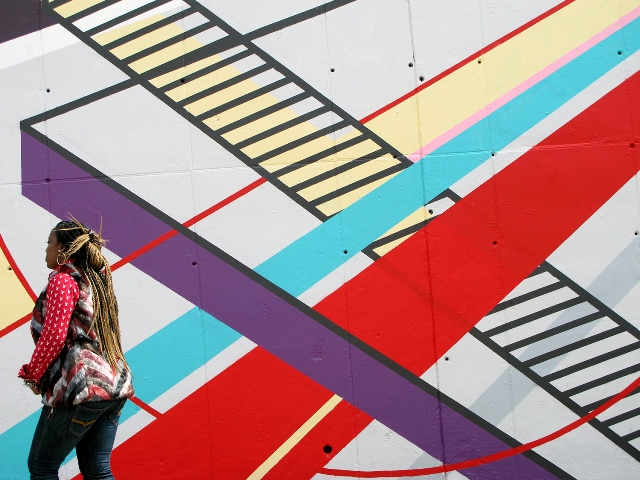 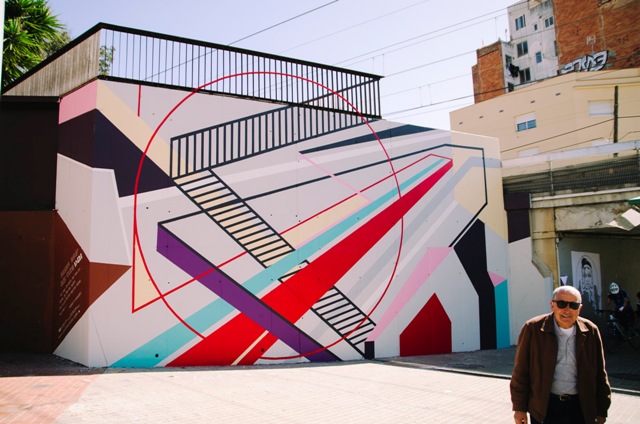 Project 12+1:
12+1 is a proposal put forward by Contorno Urbano, a socially minded artistic association: 12 artists, 12 months, one 50 square metre wall, one artistic intervention per month and one final exhibition, presenting each of the artists’ unique work. 12+1 is an open-air art gallery, one which changes each month. A unique vision which
problematises the way we exhibit urban art, and the place of these artworks in the city. The project aims to create a space for open dialogue in the city with the highest
population density in Europe, in an area which sees over 7000 passers-by each day. You can find the wall at Calle Rosalía de Castro, just opposite the L1 metro exit for Torrassa, in L’Hospitalet de Llobregat, Barcelona.

Contorno Urbano
Contorno Urbano is a cultural association based in L’Hospitalet de Llobregat which aims to properly integrate urban art and graffiti into the cultural life of the city, to spread artistic knowledge, to improve the city’s social fabric and ultimately people’s lives. Contorno Urbano works in collaboration with local institutions, businesses, and cultural mediators. The team has over 10 years’ experience in murals and urban art dissemination, as well as having worked on an international project.