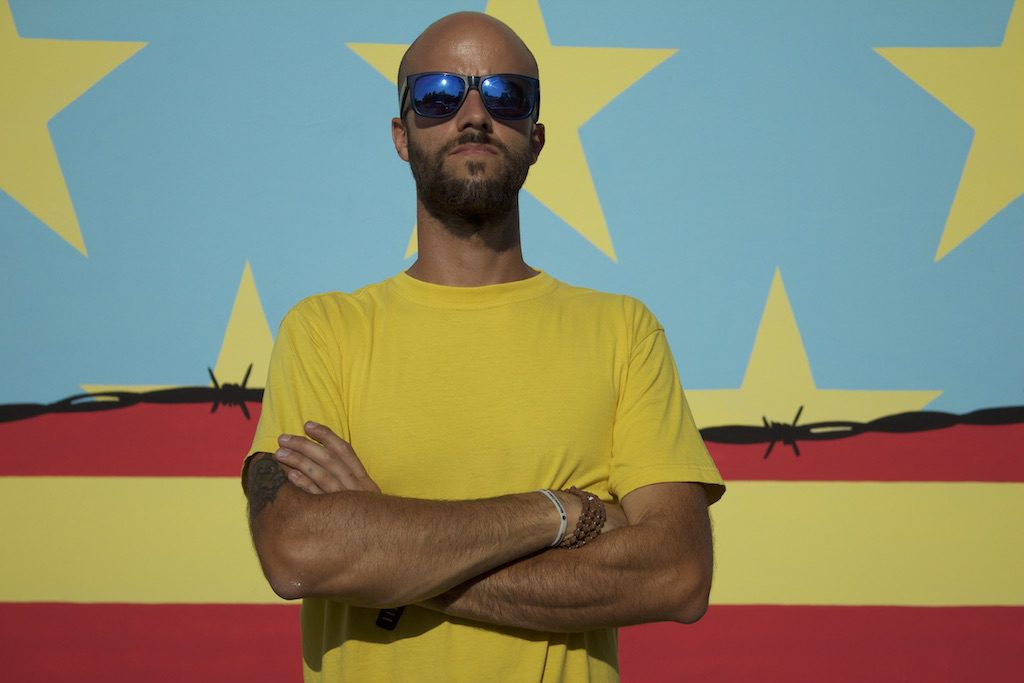 Italian street artist Riccardo Buonafede paints a 45 meter long wall at the Quadricromie Festival.The themes of this event are the Constitution and Sport and the painting title is: “DIVISION HANDS”.This composition divided into 6 portions is a tribute to two characters: the Italian cyclist Gino Bartali and the American boxer Muhammad Ali. Apparently these two characters are different, but in reality they are united by the struggle that they had to support in their agonistic path. Bartali saved 800 lives, hiding false documents on his bicycle to help the Jews get a new identity. 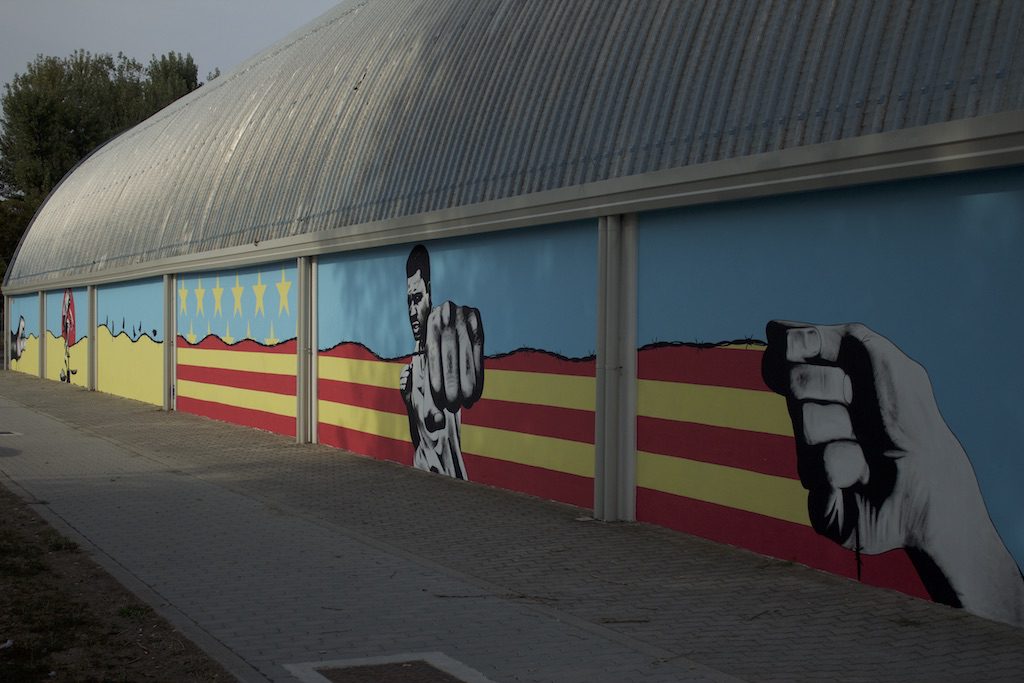 Ali, however, refused to fight in the Vietnam War and declared himself a conscientious objector.
Just to emphasize the concept of division that the political classes have placed in those particular contexts, Riccardo has painted at the ends of the wall two huge hands that stretch a barbed wire, an element that divides the wall into two parts. The two main portions are instead dedicated to the two protagonists of the work. Bartali is riding a scale, visibly strained by the weight of a striped uniform that must lead to the top of the hill. Muhammad Ali instead, tries to break the system with a direct and tear the barbed wire that clasps in his fist. Even Ali has a suffering face because struggling is tiring and sometimes demotivating. 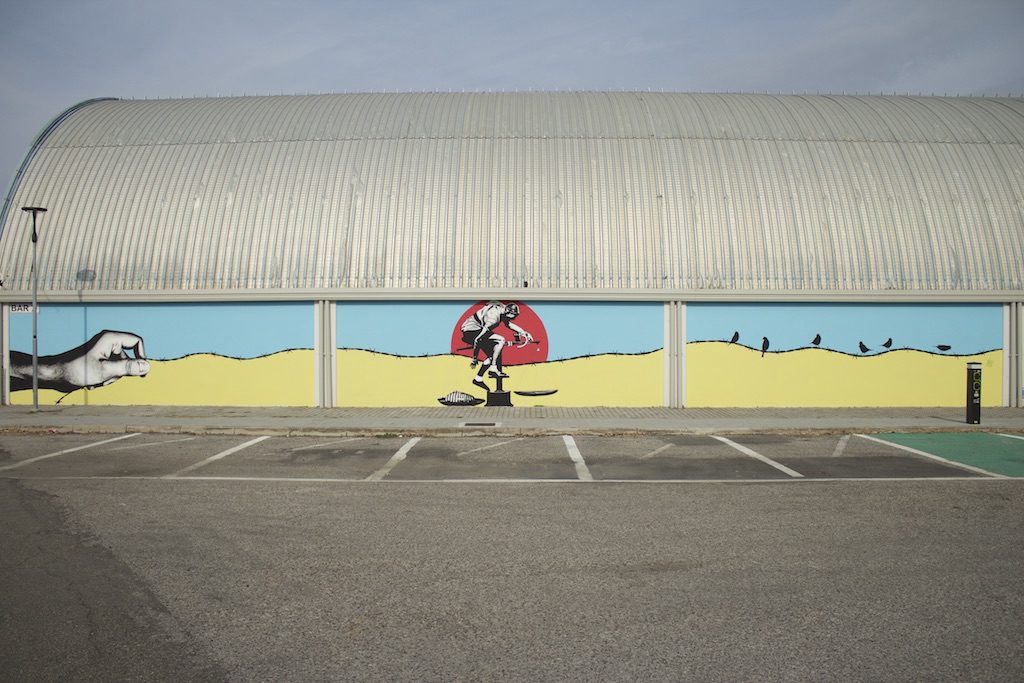 The American flag is divided by barbed wire and wears eccentric colors. This element, together with the silhouettes of sparrows resting on the barbed wire, represent the illusion of freedom that is often placed on our eyes.
This painting is a reference to everyday events that even today see politicians who instigate the population to hate. Because divided we are weaker and easily controllable. 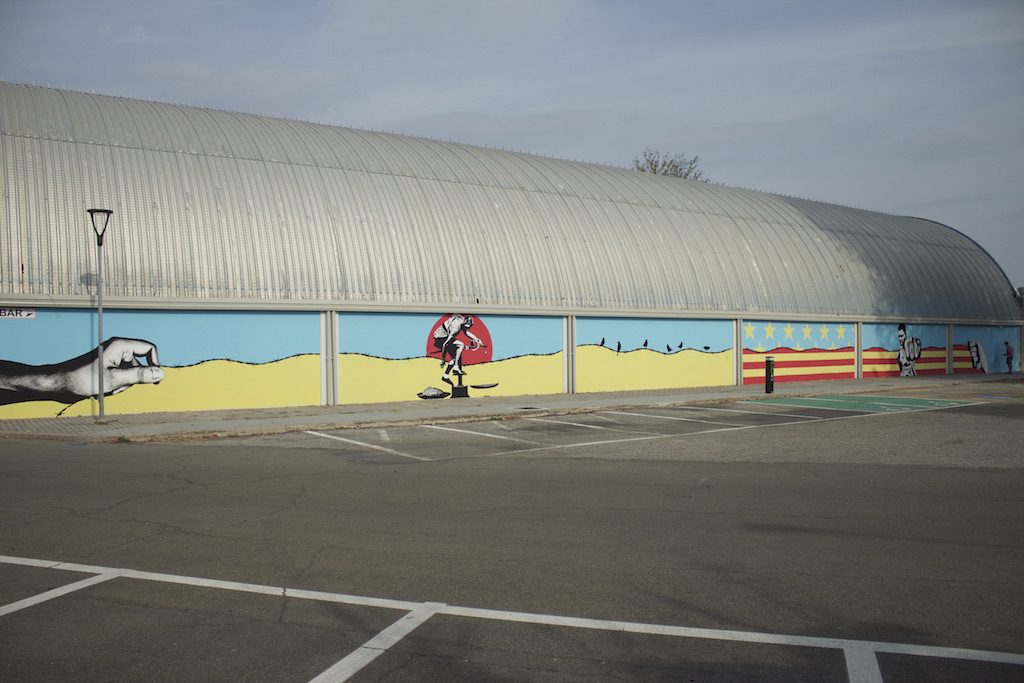 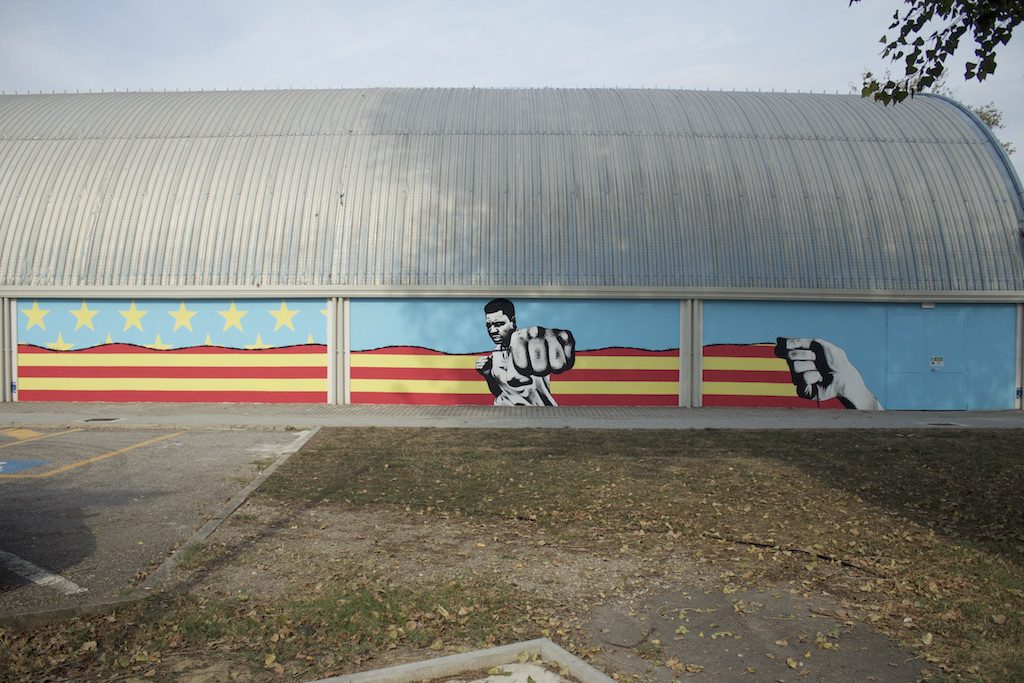