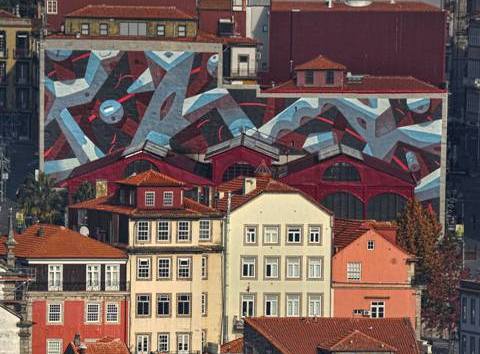 Looking back at one of Portugal’s biggest street art works by MOTS, made back in 2017, we look into what it represents and how it has interacted with the city.It is probably the biggest mural in Porto. Half a kilometre square painted wall, created by Portuguese artist Mots in 2017, became a part of the iconic panoramic view of the city. Respecting the colours of the landscape and the iron structure of Mercado Ferreira Borges (market built in 1885), the artist made his work as a continuation (“Continuidade”), transforming the wall into an extension between the old language of the building and a more contemporary approach. 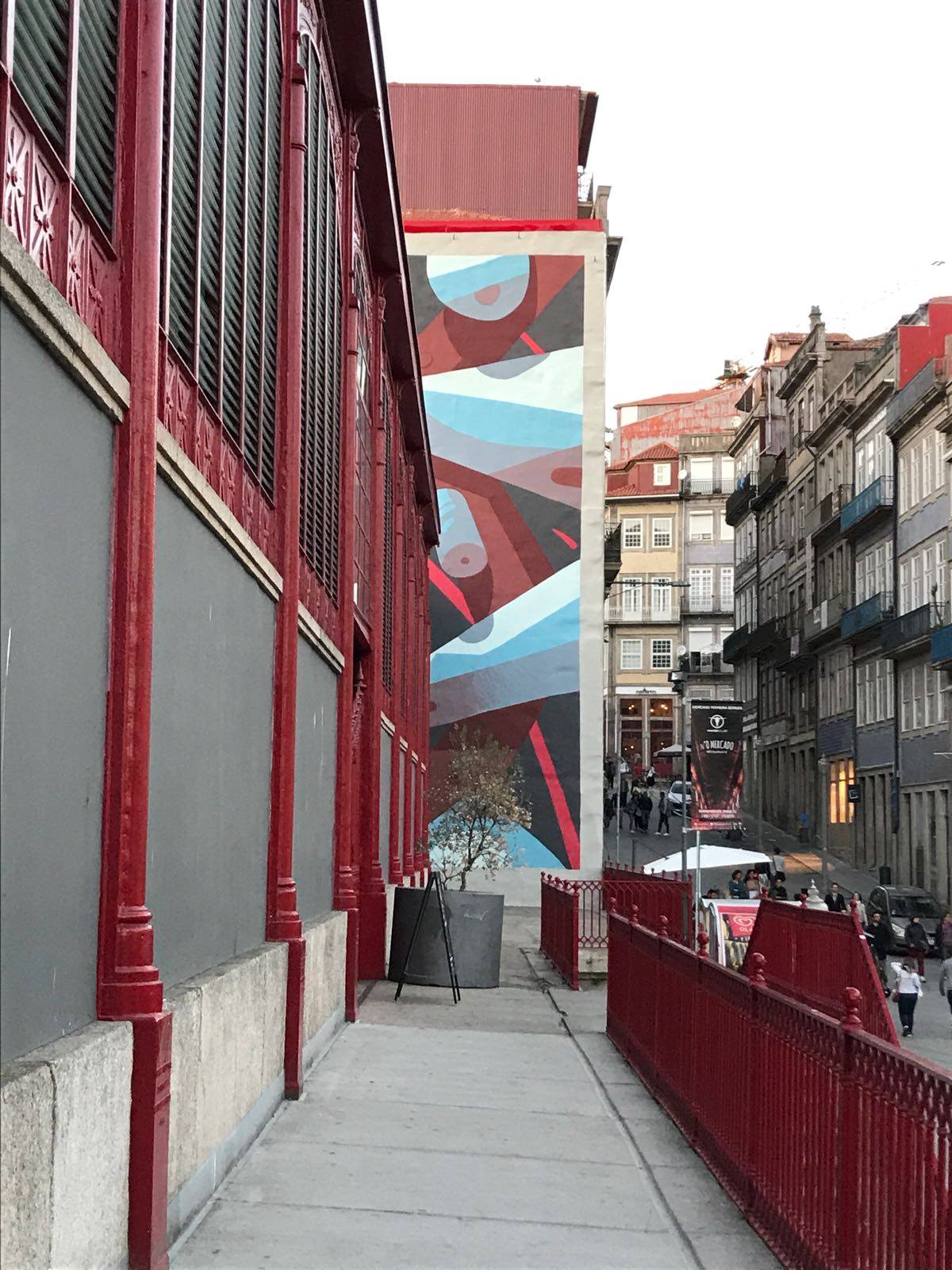 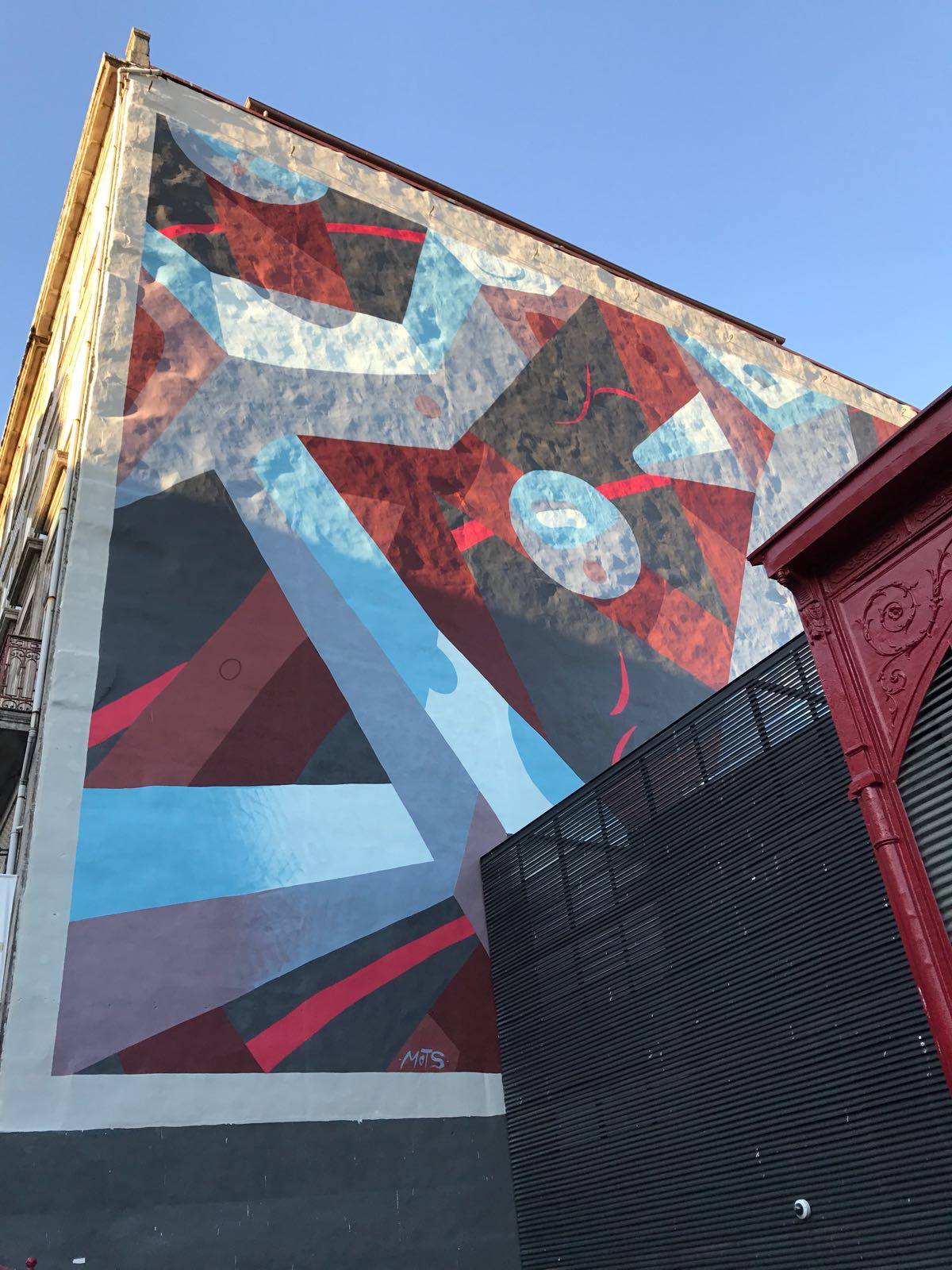 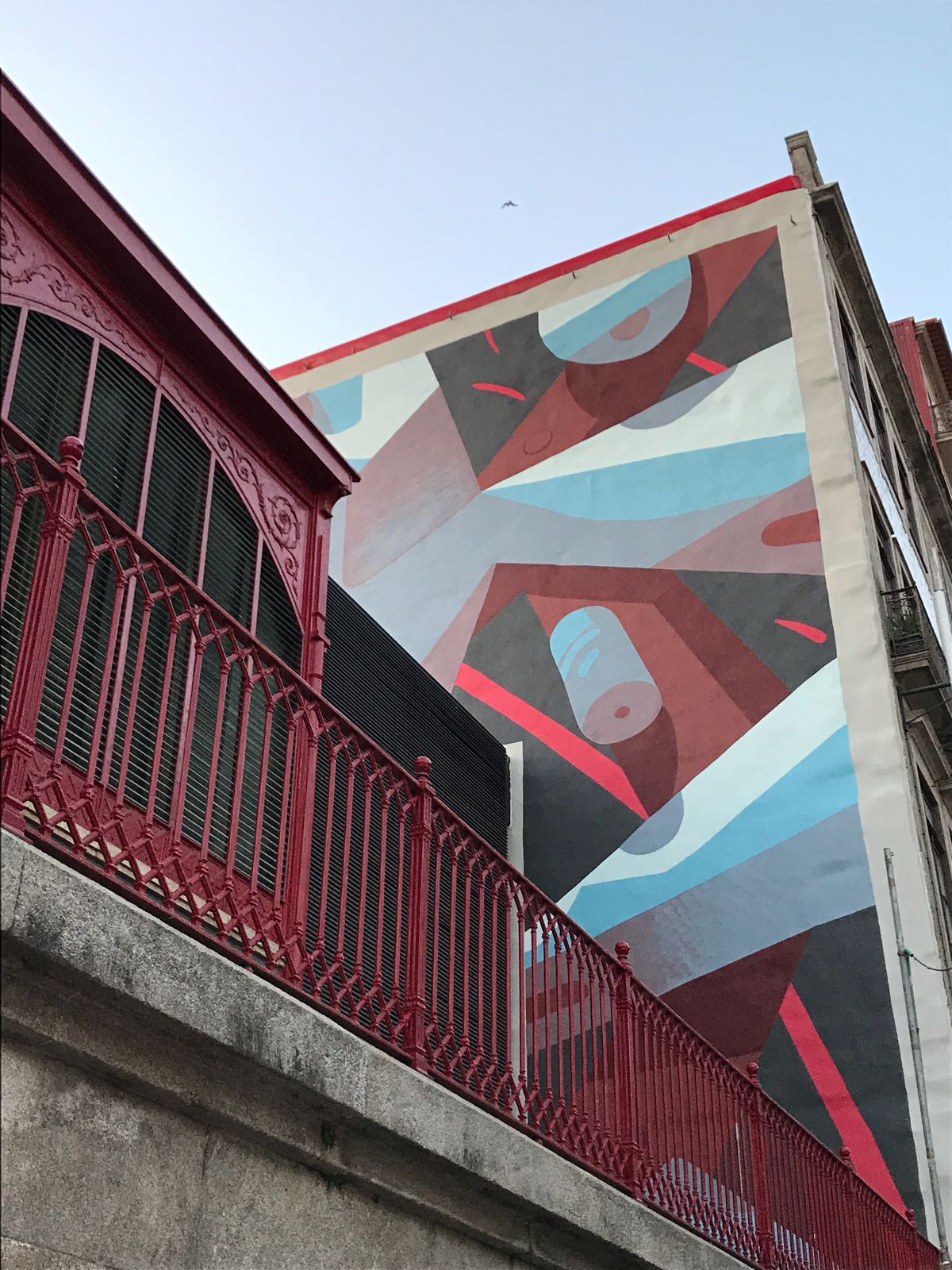 – Having the famous old market “Mercado Ferreira Borges” has inspiration and reference for this project, the idea of making this mural was to provide a unity and background for this amazing iron structure that is an icon of the city of Porto.
The use of cold blues represent the mass of the iron with sharp geometric forms, where in between this shapes small appointments of more warm colours can be seen with the intention of bringing into the wall pieces of the decorations in the metal structure of the building – says Mots. 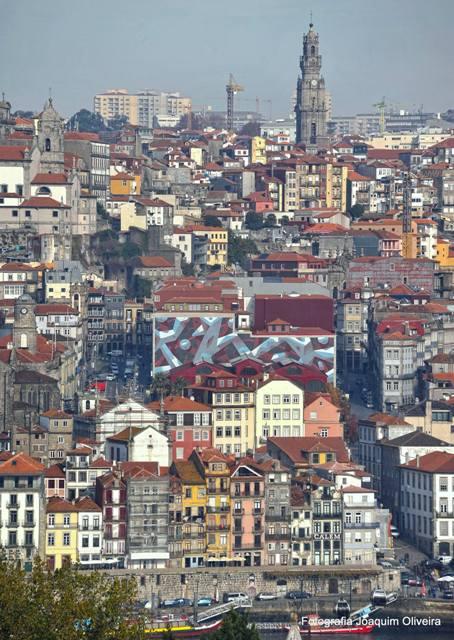 This project doesn’t pretend to be invasive and independent, but instead a fusion between the market, the mural and the city. 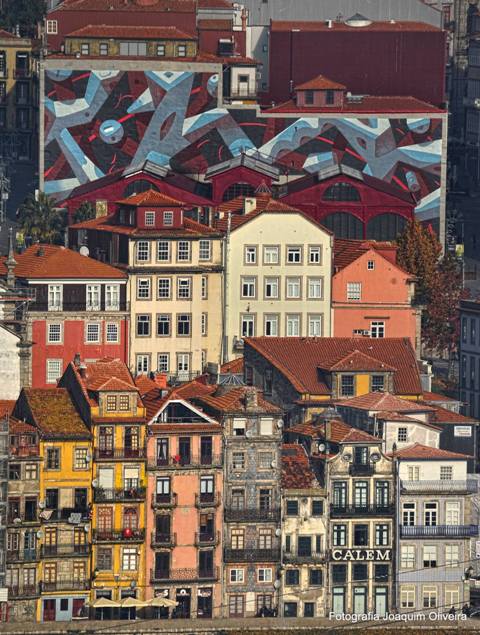 Mots is an urban artist, painter and illustrator.
He lives in Porto since 1993, where he studied and developed almost all of his works.
Graffiti started to be part of his journey around 2001, having still today a strong influence both in graphic style, in the way he approaches the relationship between art and space, and in the techniques he uses.
His desire to create murals never ceases and the constant search for a better relation between the imaginative world, the space and the reality of the spectator moves him forward, with his murals being a window to his imagination.
The work he creates, starts from the deconstruction and abstraction of the form, built with figures composed from elements and parts from other “formats”, working a little like the dreams do, where from random memories new stories are created.
Mots is an author of dozens of murals, big scale paintings around Portugal, Poland and Brazil. The biggest piece done by the artist was created in 2017 in Porto’s downtown, near the iconic Douro river, and it became part of its panoramic view.