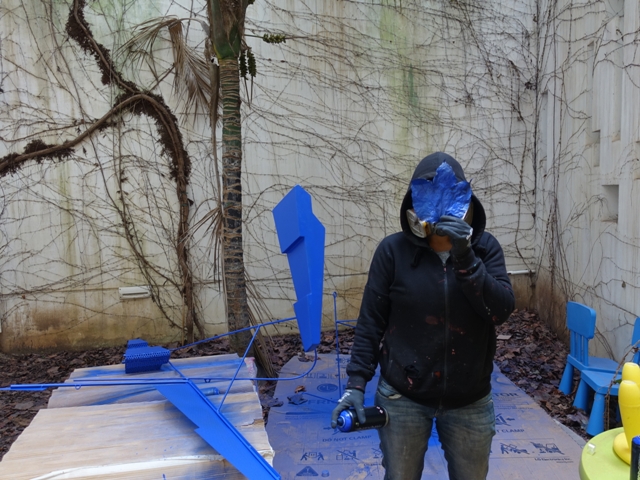 where she has been part of with other artists related to urban art and the city of Badalonasuch as Bre, Chan, Sm172, Dagoe, Spogo, Crajes, Ruben Sanchez, Juan Chacón and Marcos Navarro. The public was able during the past month to access the exhibition while they intervened in the walls and spaces sharing with them the work in progress which they usually do on the street or in their studios. 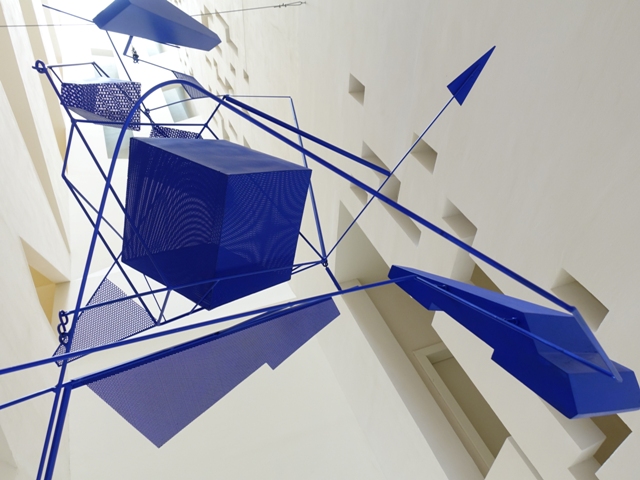 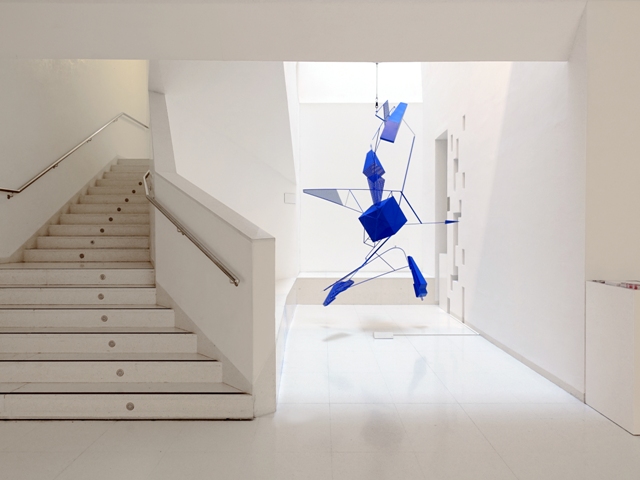 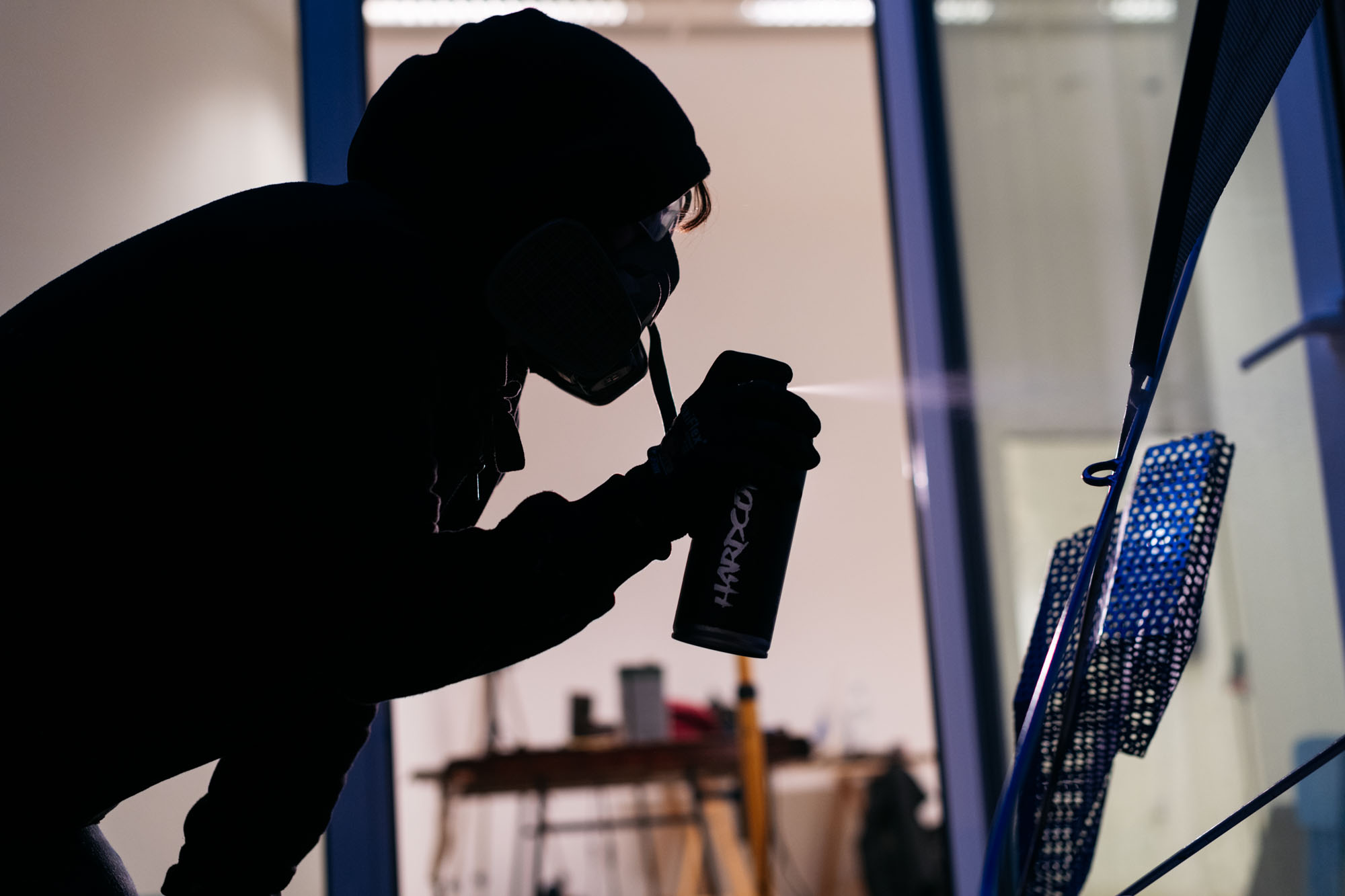 Starting from her usual work, she has made a suspended installation, an abstract geometric composition that was at the same time consistent with the architecture. The blue was chosen by the Badalona sea and in contrast to the white of the building.

Some of the pieces were previously made in the studio, but the other half and final combination has been created on site in total improvisation, as in most of her creations, getting carried away by emotions and creating a synergy between the empty space and her. 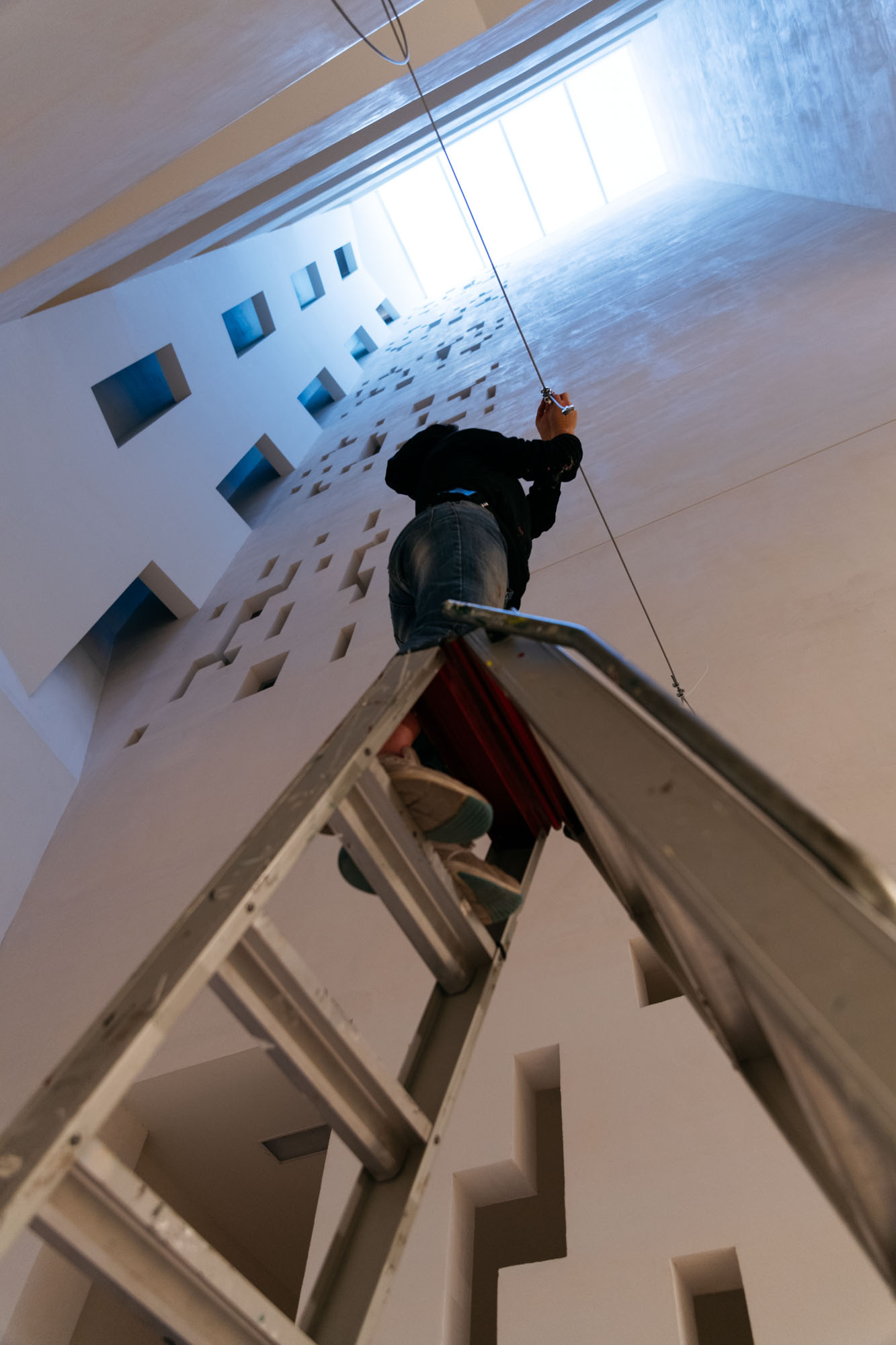 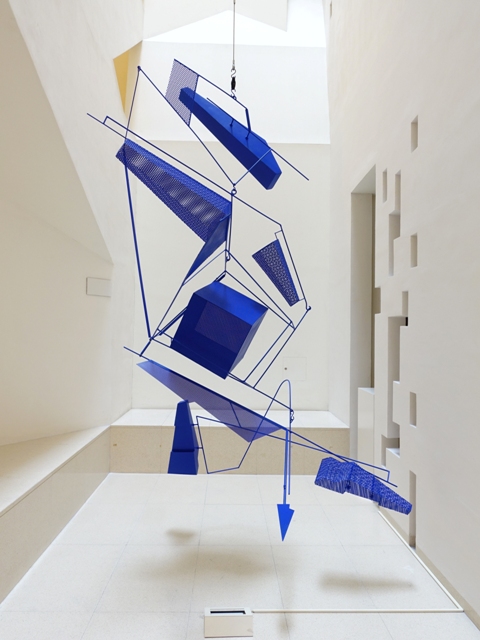 With the title she wants to mention those moments in which we have to take a high capacity to resist unexpected circumstances that we find in our way, as to the fact of resisting a situation that is creating a problem for a long time when it is best to accept it and try to improve with it despite the fear of the unknown and precisely use it as a power of transformation and personal growth.

About Elbi ELem;
“I think that this space in which I like to intervene and that we normally go unnoticed, the dimension that unites the material elements with each other is full of energy and somehow I think that the life that is created between it, me, my emotions while I am creating in, is embodied in the final work and the space itself is filled with it, it transforms. ”
The exhibition curated by Spogo and Martí Noy with the support of the Badalona City Council and the Vice-Rectorate for Arts, Culture and Heritage of the University of Barcelona. It can be visited until March 12th in the Sala Josep Uclés in the Cultural Center of Carmen in Badalona 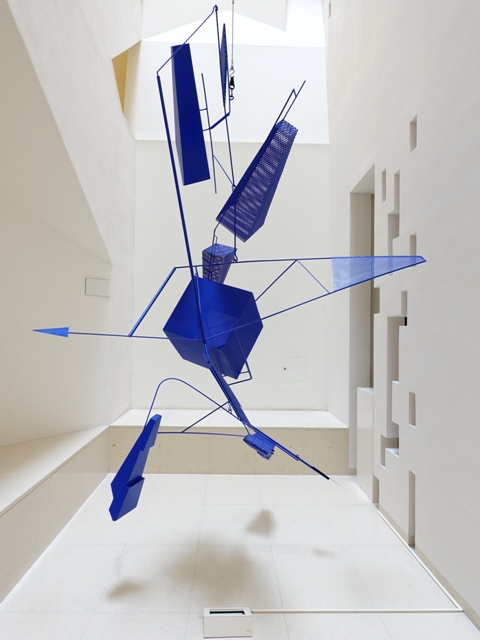