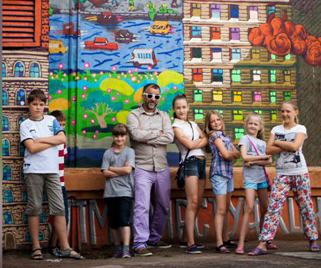 High-rise buildings, highways with cars, trees and citizens became the heroes of new incredible mural by French street-artist Popay on the wall of school #20 in Chernigiv, Ukraine. The mural was created within the frame of Mural Social Club: Back to School! 2017. Small details, such as varicolored stained-glass windows in buildings, a steam, that goes from ventilation and shows us full life after the windows. 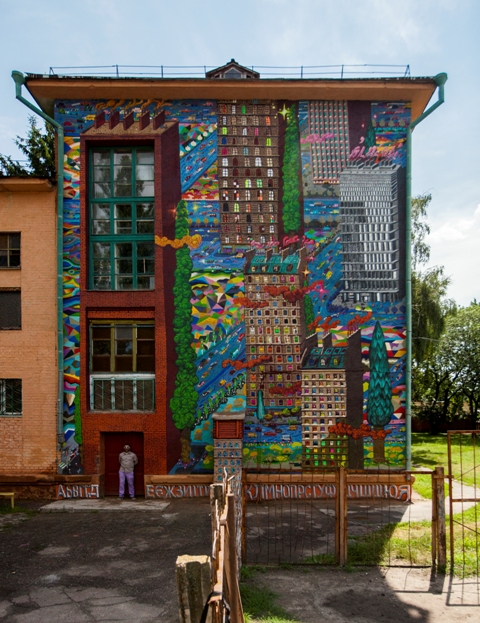 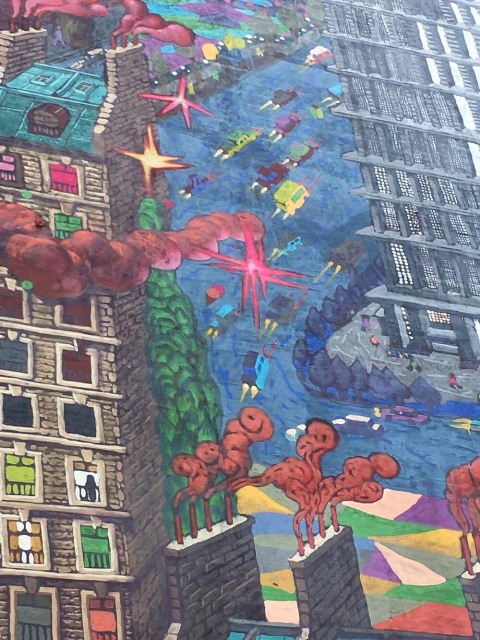 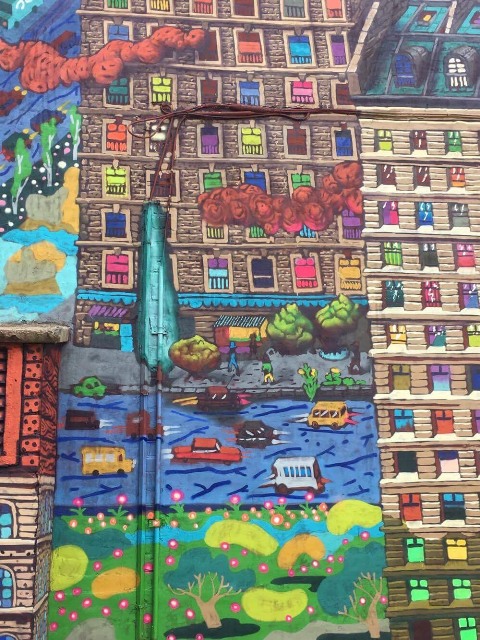 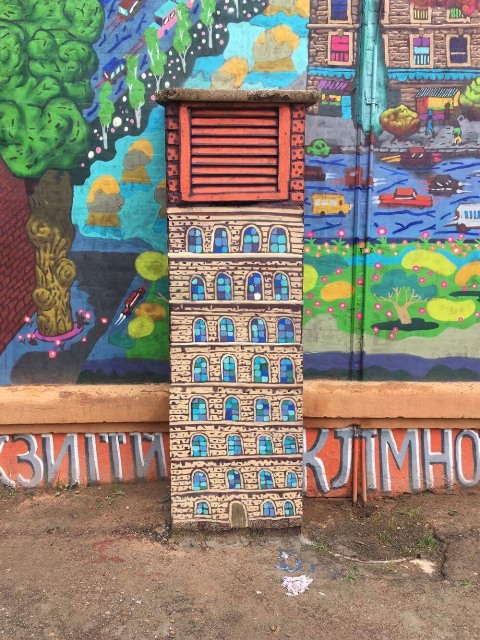 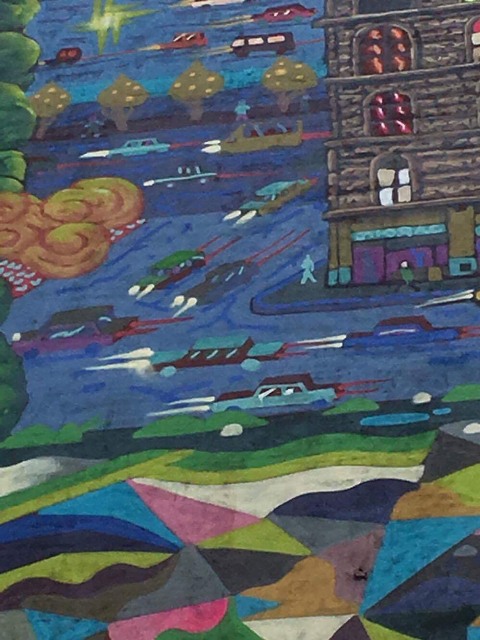 Flowers and trees among a city`s atmosphere, and even turned on headlights of cars. That`s all connected in a single unit and the mural begins to live its own life. It`s successful mix between urbanism landscape of Paris and Chernigiv. 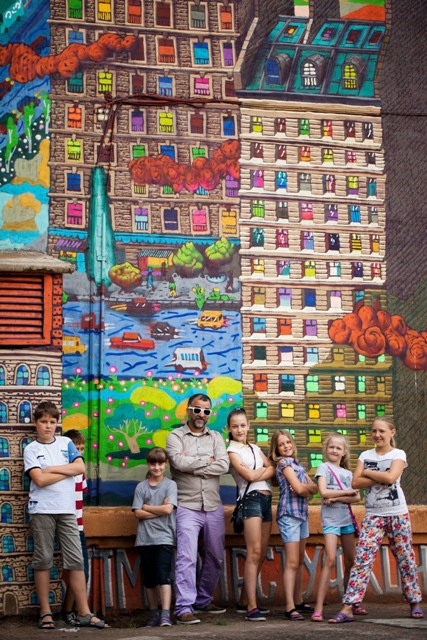 Juan-Pablo de Aygyavives aka Popay, was born in 1971 in Barcelona, Spain. He lives and works in Paris. French artist is not only muralist, he is the professional graphic designer, which delivers an organic and deep-rooted works.

An artist slowly recreates the World, doing it in his abstraction more difficult by means of the creation sticky greenery, sea-bottom or imaginary forests, where appear and disappear many halfhuman characters, silvans or imaginary fauns.
His figuration paintings are really futuristic and fantastic journeys. It is possible to be dipped in, like in Bosch`s picture, where every part of masterpiece is unique.

Creation of the mural on the school #20 by Popay became possible due to supporting of Chernigivsky city Council, Embassy of France in Ukraine, French Institute.

Julien Malland, France and Oleg Sosnov, Ukraine are the curators of the project «Mural Social Club: Back to School».

The project was initiated by the Sky Art Foundation (Dmytro Palienko)

Additional information:
The Mural Social Club started the “Mural Social Club: Back to school” project with the purpose to increase buildings` value and meaningfulness, presenting children and teenagers with a monumental art-work and more importantly to add fantasy and dreams in children`s minds for creative development.

Sky Art Foundation was established in Ukraine in 2014 as a private initiative with the purpose of support and development of a new generation of Ukrainian artists, who work in the sphere of contemporary art, and also for promotion of international cultural exchange and integration of Ukrainian culture in the world art context.