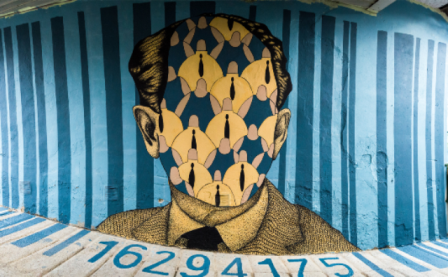 Croatian artist, Polite BastArt, based in the city of Pula has recently made his last wall of Herbert Marcuse and his book One-dimensional Man. The short message behind this wall is that no matter if we are workers or bureaucracy , we are all together victims of a consumer society. 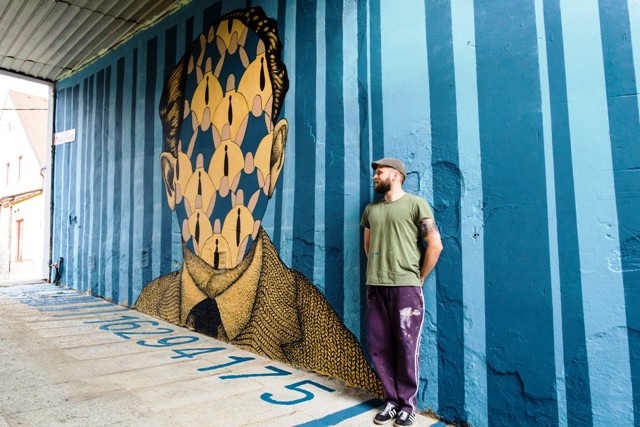 ”Marcusius argued that capitalism and industrialization pushed laborers so hard that they began to see themselves as extensions of the objects they were producing. At the beginning of One-Dimensional Man Marcuse writes, “The people recognize themselves in their commodities; they find their soul in their automobile, hi-fi set, split-level home, kitchen equipment, meaning that under capitalism (in consumer society) humans become extensions of the commodities that they buy, thus making commodities extensions of people’s minds and bodies. Affluent mass technological societies, it argued, were totally controlled and manipulated.” 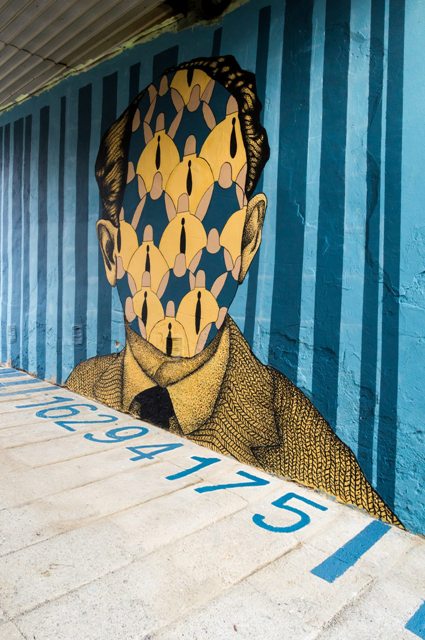 ”In societies based upon mass production and mass distribution, the individual worker had become merely a consumer of its commodities and entire commodity way of life. Modern Capitalism had created false needs and false consciousness geared to consumption of commodities: it locked one-dimensional man into the one-dimensional society which produced the need for people to recognize themselves in their commodities and find their soul in their automobile, hi-fi set, split-level home, kitchen equipment. The very mechanism which ties the individual to his society has changed and social control is anchored in the new needs which it has produced. Most important of all, the pressure of consumerism had led to the total integration of the working class into the capitalist system. Its political parties and trade unions had become thoroughly bureaucratized and the power of negative thinking or critical reflection had rapidly declined.”

It takes street art to another level when an artist makes his viewer want to go and google new things up. This approach to art depicted on walls is a nice way to make anyone who feels the urge to investigate and learn more about philosophical ideas as well as historically important figures that made a difference. You wont see them on instagram or facebook, you can be sure of that!