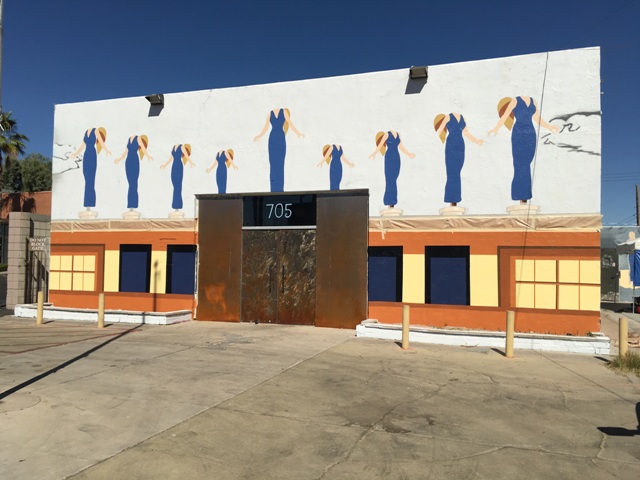 Native Las Vegas artist and photographer James Stanford has designed a monumental site-specific mural to commemorate the iconic Blue Angel statue that watched over Downtown Las Vegas for 61 years from its mid-century perch at the Blue Angel Motel.

The art installation A Phalanx of Angels Ascending was commissioned by Alison Chambers, the owner of The 705 building, an arts incubator located at 705 North Las Vegas Boulevard. The original 16-foot statue was designed by Betty Willis, who also created the famed ‘Welcome to Fabulous Las Vegas’ sign, and was taken down for restoration in 2017. Stanford’s new installation pays homage to the original and will span over 2,000 square feet, encompassing all three sides of the building, making it viewable from all angles. 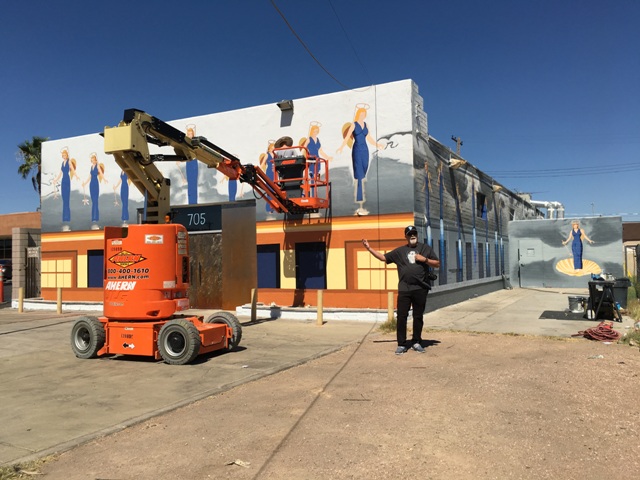 Stanford’s design re imagines the Blue Angel through a variety of cultural lenses, at times modern and dynamic with jet rockets propelling the angelic figure towards the sky, at others more classical, explicitly referencing Botticelli’s Birth of Venus. Stanford’s design skillfully plays with the architecture of the building, incorporating key structural features into the narrative itself. Stanford was ten years old when the motel was built and the Blue Angel statue represents his experience growing up in Las Vegas. 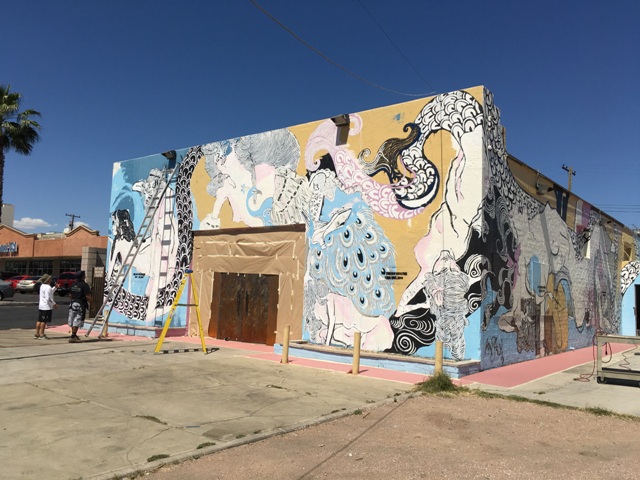 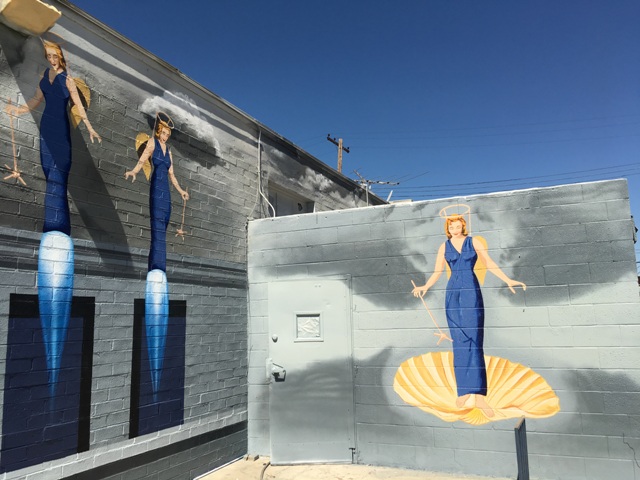 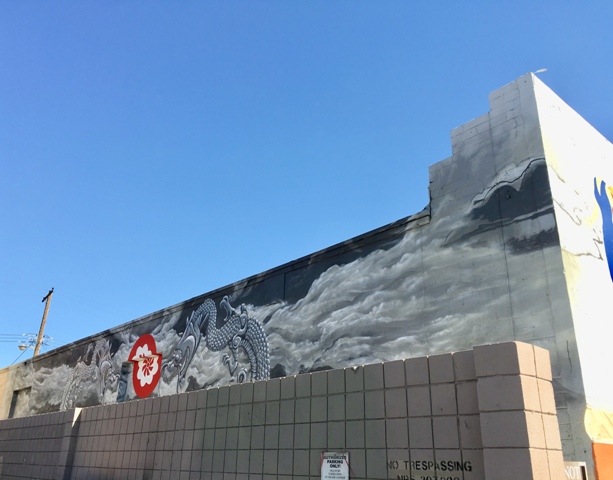 Stanford, who is now 71, states, ’People don’t think about Las Vegas being an all-American city, but in a way it exemplifies the rest of the country. We build what [people] want, and they come here to enjoy it.’
Stanford is working with respected street artist Cliff Airbrushing Morris to execute his vision. The installation is expected to be completed this summer. Rob McCoy, President and CEO of the Neon Museum says: ‘Though Willis’ ‘Welcome to Fabulous Las Vegas’ sign may be regarded as the most famous sign by people outside of the city, the Blue Angel sign holds a particular place in the hearts of many long-time locals.’ 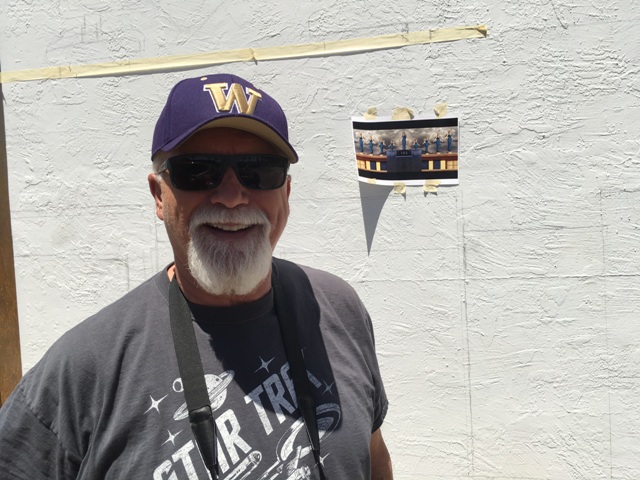 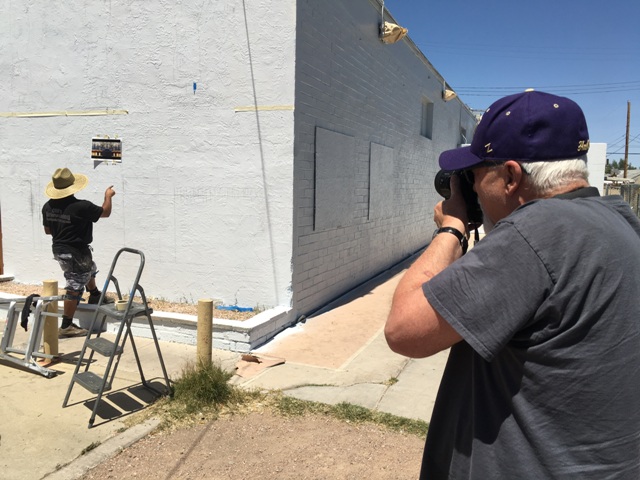 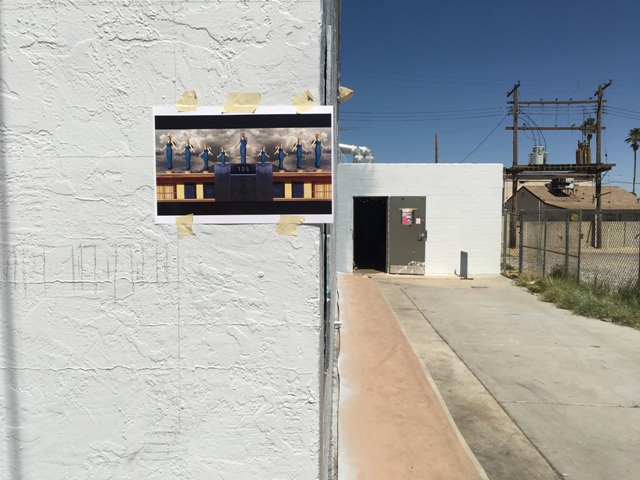 James Stanford is an American artist with a multidisciplinary practice, including photography, digital illustration, painting and drawing. He has dedicated his life to creativity and the fine arts having taught at the University of Washington and the University of Nevada Las Vegas. Based in Las Vegas, he is widely known for his edition series of Indra’s Jewels, a group of digitally reinvented mosaics and patterns that have an immaterial and spiritual quality evoking the artist’s strong connection to Zen Buddhism. Stanford has practiced Buddhism since 1968 after undergoing a transformative experience that occurred on his first trip to Europe at the age of 20. He founded Smallworks Press, an independent publisher of art and culture books in 2006, and has since collaborated with a wide-spectrum of artists, authors and talent to create works and beautiful chromatic illustrations and stimulating interpretation with the finest print quality. 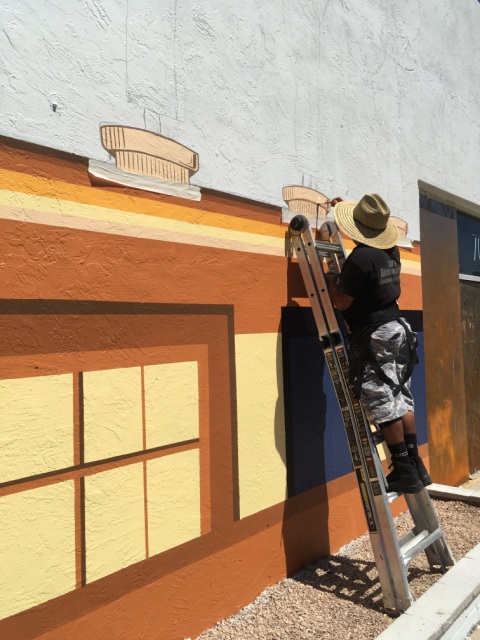 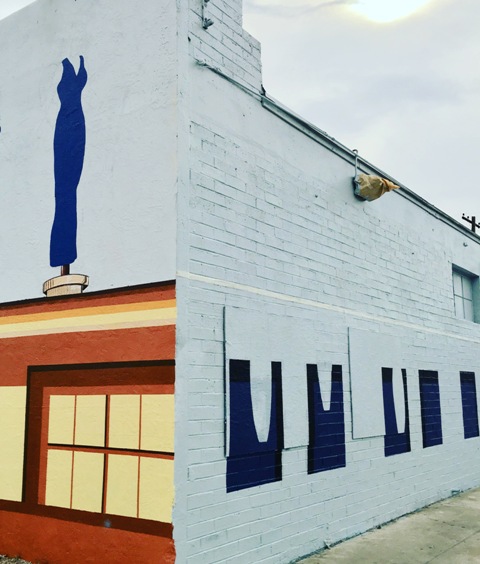 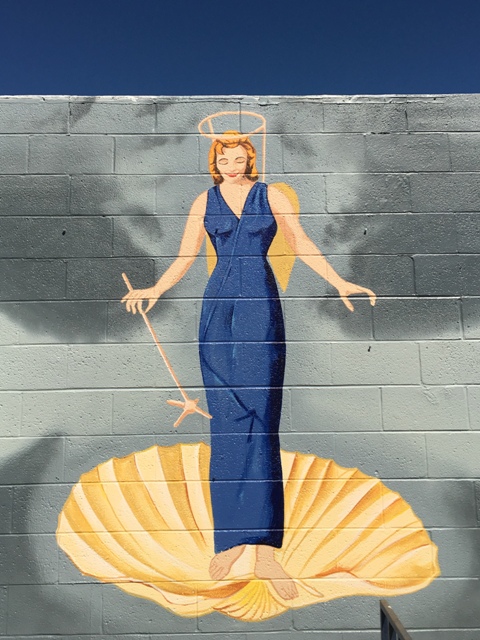