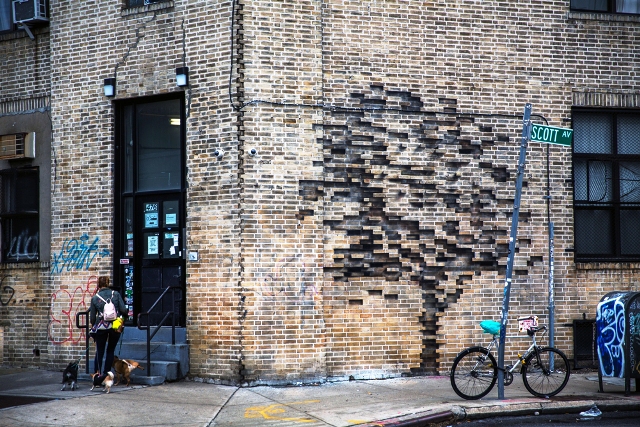 Pejac recently visited NYC for the first time with a goal to spread his concerns about human relationship with nature through two new public interventions in Bushwick and Chinatown. Due to city’s size, density, public transportation infrastructure, and location, The Big Apple has been battling major environmental issues over the years, mirroring the problems of modern civilization worldwide. With cultural, financial, and media capital of the world as his canvas, he painted Fossil and Inner Strength, celebrating the raw power and beauty of nature in the middle of US’ most populous city. 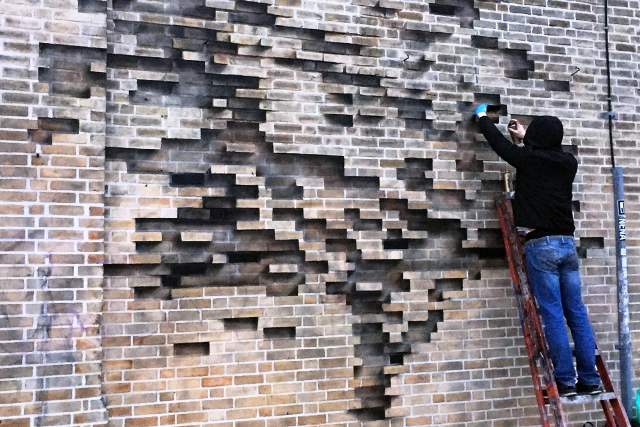 Taking a sturdy structure and familiar urban element as a base for his work, Fossil is proposing a hypothetical fatal future in which the only memory of nature is the fossilized appearance of a tree on a brick wall. With minimal intervention on the existing setting found in Bushwick, merely adding shadows and accenting existing elements (as he did in the past with other man made materials), Pejac created a ghostly silhouette of a tree appearing within the brick wall pattern. Stripped of its lush beauty and minimized to sterile squares, the striking illusion is a harsh reminder of our ignorant bearing towards the environment, particularly noticeable in this hip neighborhood undergoing intense gentrification. 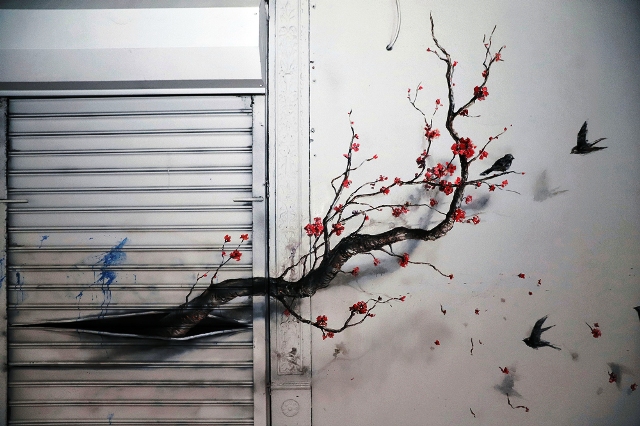 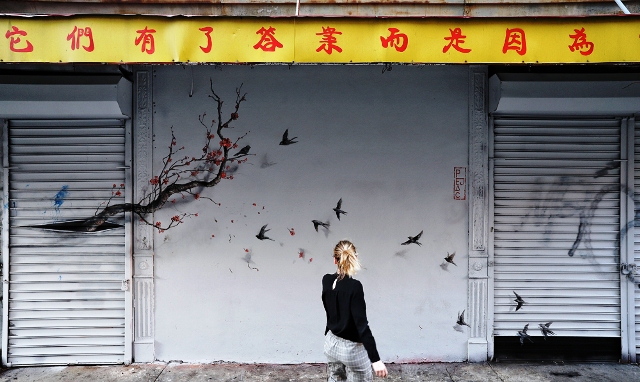 Opposing the first work, Inner Power is an empowering piece portraying another hypothetical future in which nature breaks the barriers imposed by the hand of man, recovering the lost ground along the way. By adding a subtle yet effective illusion on the shutter doors, and including some of his familiar recurring imagery such as cherry blossom and flocks of birds, this compelling creation is breaking the tough surface of urban Chinatown, encouraging the nature to take it all back. It is also a symbol of resistance against the uncompromising megalomania of Wall Street, which is just around the corner from this location.