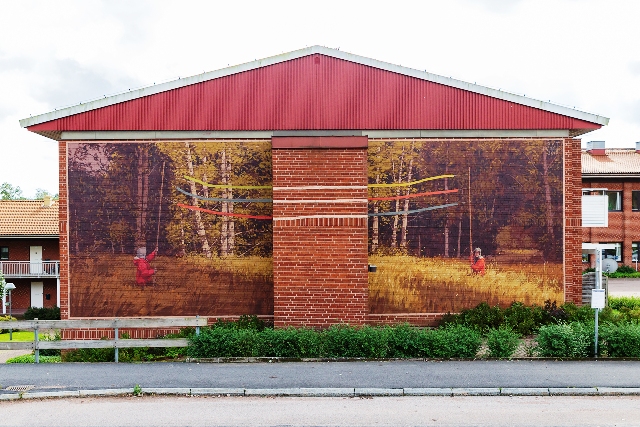 It is her first mural in Sweden and it became an instant success in the rural village of Simlångsdalen. Prior to the project, Pat Perry traveled in the area around Simlångsdalen to get to know the location. The artist is interested in questions that relate to man’s relationship with the surroundings and has found much artistic inspiration in the stories he has heard from the people living in Simlångsdalen. 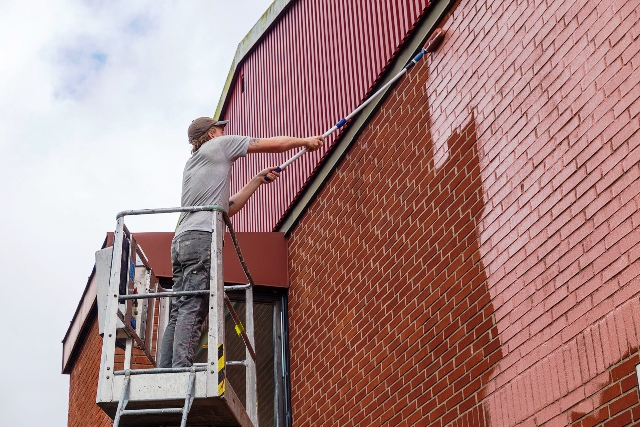 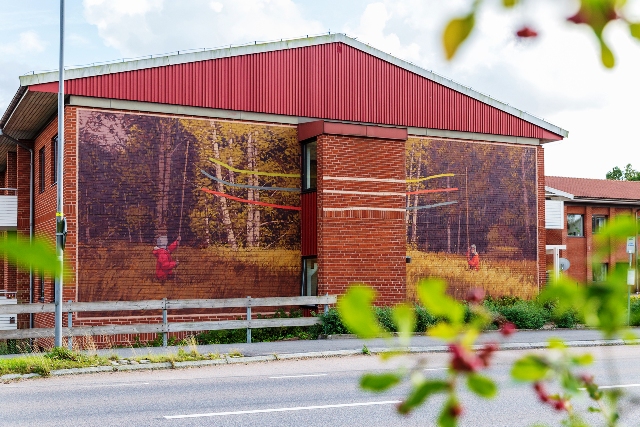 -I met Gösta, the oldest resident of Simlångsdalen, and he talked about how society has changed during his lifetime. He showed me his favorite place in Simlångsdalen. I feel great respect for this place and want to give something back to those who live here, says the artist Pat Perry. 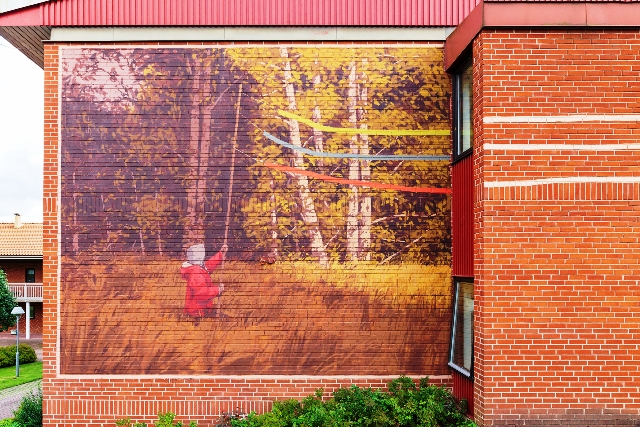 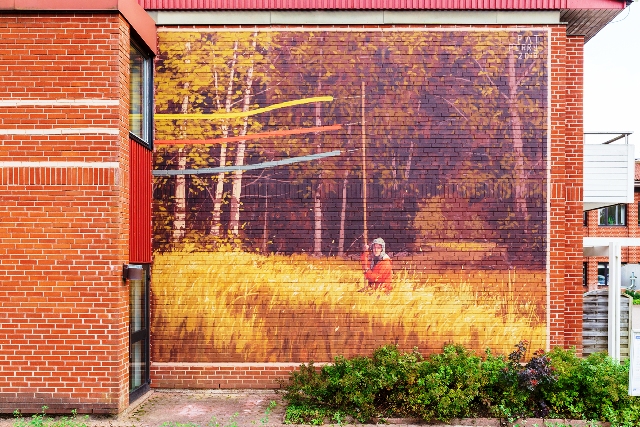 Pat Perry thinks it is exciting to work in a place like this. 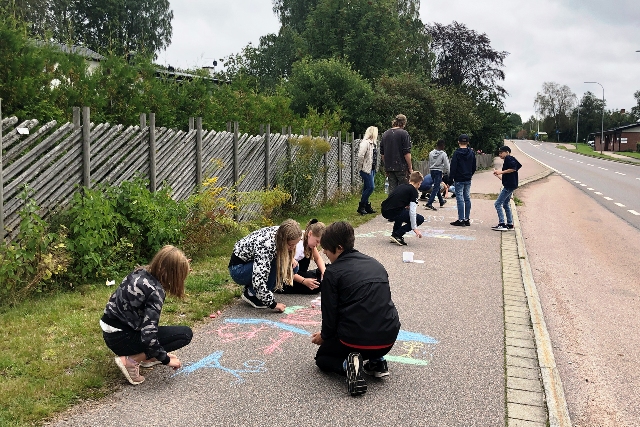 The mural depicts a glade in the forest with two people are holding a pennant between them. The motif is divided between the two facades and the painting is bound together by the pennant.

-It is an innovative way to give life to a complex facade, says Lennart Alves, curator of the project. Pat Perry has poetically captured the soul of Simlångsdalen, without losing his artistic integrity. He finds balance between the questions of our time about belonging, boundaries and the making of stories, with his imagery.

-I like the idea that those who wait for the bus every morning will be joined by my painting, and hopefully they will discover new details over time. I have started this story, and now I hand it over to the people here to continue, says Pat Perry. 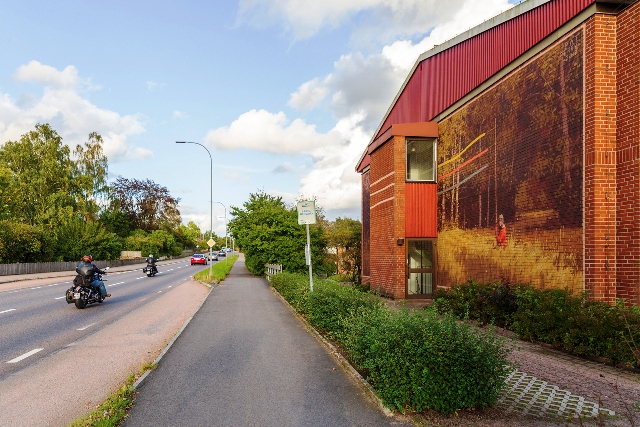 The mural was commissioned as part of the public art programme of the Municipality of Halmstad and curated by Lennart Alves and Kristina Gernes, TAG.