In the shortest time since its establishment three years ago, Tbilisi Mural Fest has significantly changed the urban environment in Georgia and has unveiled quite important works of the world street art scene. Majority of them are known to mural and street art lovers, they are mentioned among the best works in selections by various street art platforms and magazines. Since the establishment of this festival, Tbilisi – a city little known to the street art world, has become one of the most fascinating locations. Numerous large-scale works have been created by prominent artists such as Faith47, Case Maclaim, 1010, Monkeybird, Artez, JDL, Innerfields, El Bocho and many others from all over the world – ranging from stencils to abstract murals.

TBILISI MURAL FEST was founded in 2019 and has connected several artists to work on some stunning murals in the capital of Georgia, creating unique examples of successful post-soviet urban intervention. The inaugural Festival showcased world-renowned muralists and local artists. 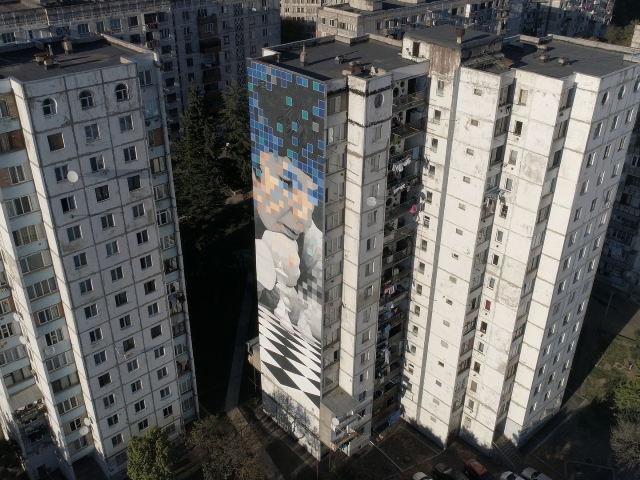 Henceforth, the goal of the annual TBILISI MURAL FEST has become transforming the city into one whole public exhibition experience, featuring some of the Best examples of contemporary street art. Following years of unorganized and chaotic construction works, we aim to turn unattractive buildings into art objects. Furthermore, artists are encouraged to convey their messages and legacy through the power of art. Throughout the course of two weeks each September, sightseers enjoy close observation of the work in process and artist interaction at public events, such as workshops and podium discussions. 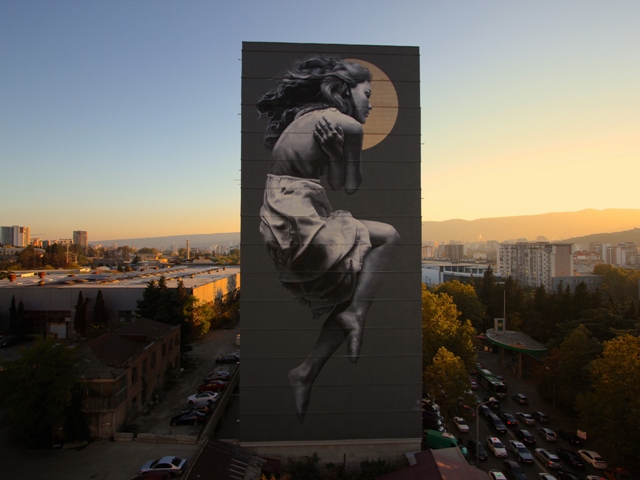 Tbilisi Murals App will assist you in locating murals from Tbilisi Mural Fest and more, as well as showcase them and provide information about artist that painted them. Available on IOS and Android