Estonia’s second largest city, the historical university town of Tartu, is a strong contender for street art capital of the Baltics. This is largely thanks to Stencibility, a street art festival held here for the past 12 years. Its core team is Sirla, founder and an active street artist herself, and urbanist and curator Kadri,

who are joined by designers, volunteers and family members.Artwork pops up all over the city in unexpected places and sizes – from Soviet blocks to ubiquitous electrical boxes and garages in old residential areas.

Stencibility has made a conscious choice to avoid “muralism”, focussing instead on smaller scale work (including stencils and stickers), promoting independent street art with maximum artistic freedom. This means that local and international artists (selected via open call) arrive at the festival without a fixed plan or readymade sketch pre-approved on all levels. Instead, they experiment with the format of a “spraycation” – allowing artists to choose from pre-arranged locations, but producethe actual content on the spot. With less curating comes more spontaneity and flexibility. 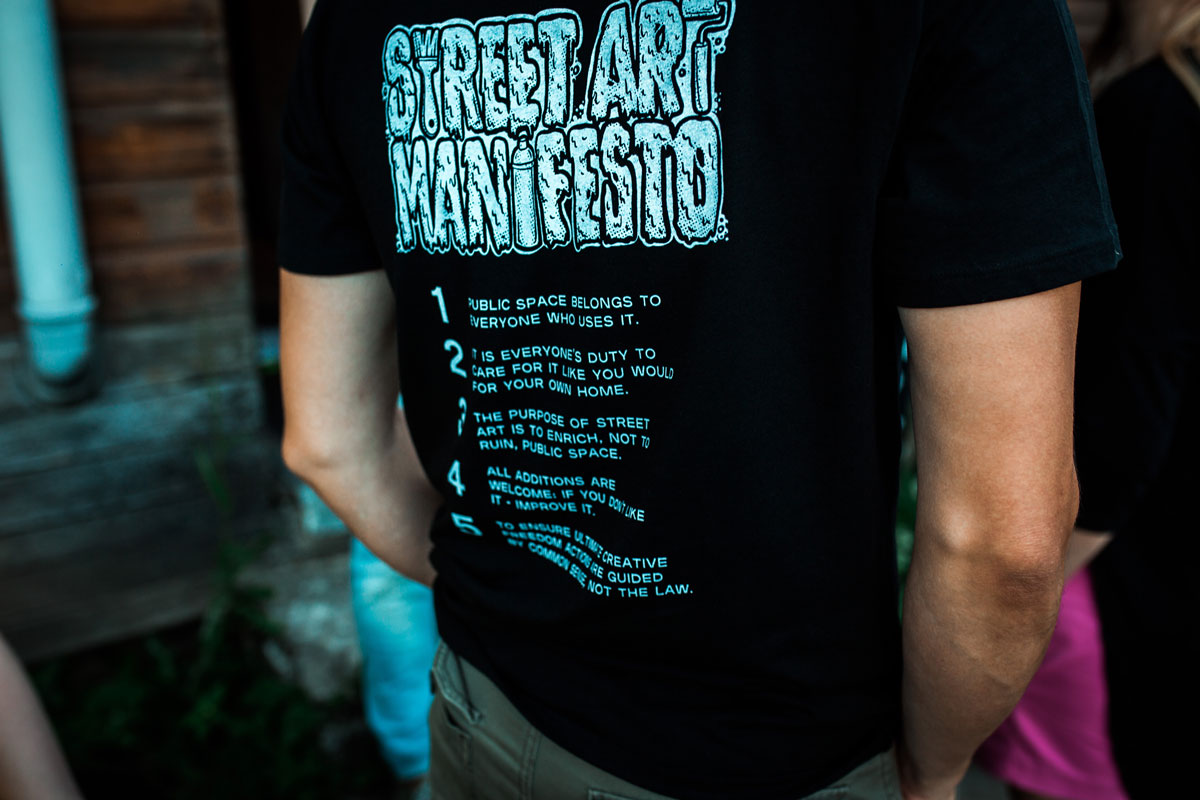 Because of the smaller scale, artists have a better chance at becoming familiar with the local context, as well as spending time and forging new connections with their
fellow artists.

For this “blank page” strategy to work, there has to be a lot of trust involved – both between organisers and artists, and on the part of the municipality as well.
Kadri emphasises that they have built a healthy relationship with Tartu City Council over the years – both sides are open and honest with each other and the city architect
Tõnis Arjus has been especially supportive of Stencibility. He explains the festival’s value: “To achieve a strong community, city residents must have a possibility for bottom-up actions and power to bring change to their environment. I believe this has been the most powerful effect of Stencibility – enabling such actions and
showing that the limit is your own imagination.” Tartu residents have got to know and appreciate the festival over the years, and are usually quite happy to lend their walls as canvas for the Artists.

Since street art is technically illegal in Estonia, Stencibility plays an important role in providing legal opportunities for artists to create. To coincide with the festival, workshops, talks and tours take place, including popular bike tours to introduce the art to a broad audience.

Originally, Sirla founded Stencibility to bring often anonymous street artists together. The festival is still very focussed on supporting the street art community, with a strong network now developed throughout the Baltic States and Finland. Along the way, they have brought colour to the streets of Tartu, giving residents a chance to reflect not only on the role of street art in the city, but wider questions on how public space can be used and how citizens can take an active role in changing or improving their environment. Nowadays, the official Visit Tartu website even highlights street art as a unique attraction.

I Support Street Art is a Media Partner of this fine Initiative.